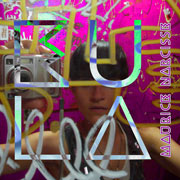 The New Haven trio EULA double-down on their art-punk spitfire sound by promoting the wily “Texas Stampede” as the single off the new album Maurice Narcisse, though the real story here is the foray into the more tranquil pastures of indie quiet-core.  A kinder, gentler EULA?  Not by half.  There’s still enough fire on Maurice Narcisse to light a wet log in a rainstorm.  But be prepared to explore a softer side of the EULA universe that wasn’t even hinted at in their formidable EP Language of Threat.

Click here for photos of EULA at CMJ 2014 in New York, NY in the QRO Concert Photo Gallery

Click here for photos of EULA at Northside 2012 in Brooklyn, NY in the QRO Concert Photo Gallery

Click here for photos of EULA at SXSW 2012 in Austin, TX in the QRO Concert Photo Gallery

Click here for photos of EULA at Tinderbox Festival at Knitting Factory in Brooklyn, NY on September 10th, 2011 in the QRO Concert Photo Gallery 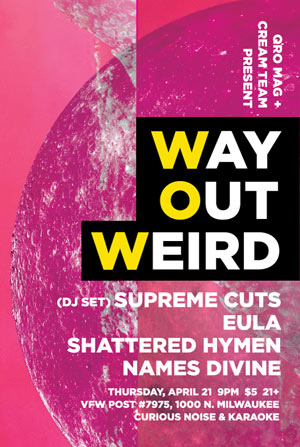 That’s only half the story of Maurice Narcisse.  EULA pushes outside their Language of Threat inheritance with some truly adventurous tracks (not Congratulations adventurous – more like, “You didn’t know we could do this, but we know you’re gonna love it.”).  “Wake Up” and “Bone Density” are borderline New Wave numbers: the former broaches an extended a cappella breakdown that would have been unthinkable for EULA on previous releases, the latter opens a whole new can of worms with synthetic sounds and quasi-industrial refrains.  The trio has always had a dissonant edge – the new synth element lets them dial up the tension in unexpected ways, buttressed by the rock solid guitar/bass/drum foundation that EULA cut their teeth on.

By far the biggest changeup EULA pitches on Maurice Narcisse are the quiet-core numbers “Canyon” and “Hollow Cave”, which, based on the track titles, sound like they were written at the same time during some peyote-fueled mantric ceremony in Death Valley (the QRO fact-checking department is looking into this).  “Canyon” is a heavy, brooding, strange delirium, a trip in full swing.  Contrast that to “Hollow Cave”, which has all the earmarks of a psychedelic denouement: the deep, reflective introspection that burrows a hole 20,000 leagues into your head and heart.

Wild vibrations from a band that is showing it’s more than paper-thin punk spunk.  Everyone roots for a rock ‘n’ roll purist (“He’s played the same three chord progressions since 1981!  Wow!”), but does everyone truly love to listen to a rock ‘n’ roll purist?  Bring on the synth, bring on the handclaps, bring on the a cappella, bring on the cowbell!  Artificially self-imposed limits are for suckers.  Maurice Narcisse is a gutsy breakout into the wilds of undiscovered sonic country.  And there are enough gems to be found in this novel musical terrain that EULA might very well settle down for good.