Evan Dando of The Lemonheads

Before playing his first show of the lockdown at Yarmouth Drive-In, Evan Dando of The Lemonheads talked with QRO.... 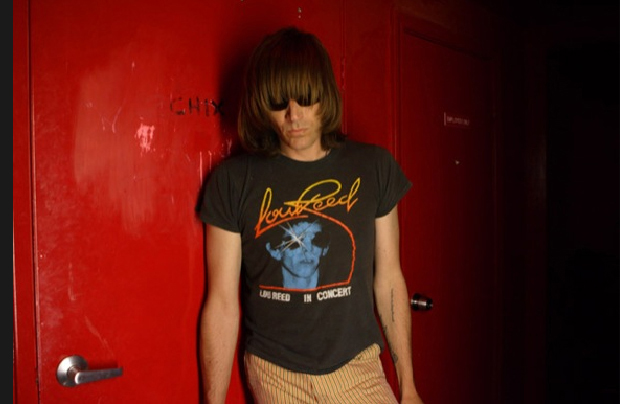 Before playing his first show of the lockdown at Yarmouth Drive-In, Evan Dando of The Lemonheads talked with QRO.  In the conversation, Dando discussed the upcoming August 30th show on Cape Cod, life on Martha’s Vineyard, last year’s covers record Varshons 2 (QRO review) and prior covers record Varshons (QRO review), not getting his “shit together” for a new album, his hair, and more…

QRO: How are you holding up, with everything that is going on?

Evan Dando: I mean, pretty good.  We all got our moments in these times.  You know, it’s a tough one.

It’s been rough – our tours got cancelled.  I was counting on those.  I like to tour.  So, it’s just good to be doing a gig again this soon.  I didn’t think we’d be up & running again so soon.  In a weird way – playing to people in their cars.

But, it’s better than nothing.

QRO: Are you in Martha’s Vineyard?

ED: Yeah, that’s where I live.

QRO: How are things at Martha’s Vineyard?

ED: Oh, actually things are pretty mellow.  I was worried, cause disease tends to race through here – like, when someone gets the flu, everyone gets it.  But everyone’s been really careful.  There’s only been like twenty-some odd cases here, so it’s good.

QRO: Are there no tourists?

ED: There are some, actually.  Some of them came.  There are quite a few.

QRO: I guess Massachusetts has been handling it pretty well, for America.

QRO: Will this Yarmouth Drive-In show be your first show of the lockdown?

ED: Sure, yeah.  I was touring almost up until March.  This is definitely the first show since the COVID thing.

QRO: And I suppose it’ll also be your first drive-in show ever?…

ED: Yeah, I’ve never done a show like this.

A friend of mine went to one, and said it was fun.  Definitely the first drive-in show, at Yarmouth.

QRO: Do you know how the set-up is going to be?

ED: I think people mix it in their car, something like that.

I was skeptical at first, but it sounds like they’ve got it dialed in – no pun intended – I think, pretty well.

QRO: They’ve got a bunch of shows lined-up there.

QRO: Do you know if your set-up on stage is the same?

ED: I believe it’s the same, I think.  From our angle, it’ll be the same thing.

It’s just good to be doing a gig again this soon. I didn’t think we’d be up & running again so soon.

QRO: At least it’s relatively close to home for you.

QRO: Have you performed on Cape Cod before?

ED: Yeah, there’s a place in Wellfleet, called The Beachcomber.  We’ve played there a couple times.

QRO: And will it be with your whole band?

QRO: Are they all doing okay?

The bass player in the band [Farley Glavin] lives here anyway, so we’ve been jamming anyway.

My drummer [Lee Falco] lives in New York State.  We’re gonna get him out here maybe a week before.  We have a place to practice here.

Any point of brightness, any kinda gig that is going on, is kinda exciting.  It’s a basic need of people, to see live music, in some capacity.

QRO: When I heard about your show, I was bummed that I couldn’t make it out there…

Maybe, one day, we’ll get a vaccine or something.

QRO: You can’t plan ahead, either…

And I’m thinking, when the vaccine gets in, ‘Oh no, it’ll mutate!’  My mind goes in bad directions…

ED: That was really fun.  That was how I met my drummer, Lee Falco.

We did it up near Woodstock, at a place called Old Souls Studios.  Kenny Siegal [owns it].

So, we went up and did it up there.  It was just an opportunity to make something to tour on, cause we didn’t have all the songs together for a real record.  It was really fun; it came out good.

Just a chance to show some of my favorite songs.

QRO: Why did you decide to do another covers record?

ED: I mean, I wasn’t ready for a real new record.  That was the only reason, really.  I wanted to do something, so there you go.

QRO: How do you go about picking songs to cover?

I mean, there’s no real criteria.  Some of it’s just the luck of the draw.  Like, which one am I thinking of then.

Songs that I think I want to bring to people’s attention, you know?  Bring attention to the original, basically, and maybe do some okay spin on it.

But songs I want people to hear, I think, maybe haven’t yet heard.  Obscure old songs that I think are great.

QRO: I love “Things” from Paul Westerberg’s first solo album, 14 Songs.  I feel like that record isn’t as remembered, just because it’s not [Westerberg’s prior band] The Replacements.

QRO: Did you ever think about covering Ben Lee’s “I Wish I Was Him”, which is about you?

ED: I’ve done it live, you know.  I guess doing it in the studio, we’ve never done that.  That’s a bit too much, I think.  I’ve thought about it, though.

Kathleen Hanna did it; Bikini Kill did it.

It’s sort of like another song of mine called “Confetti”, same chords.

QRO: And why have you only done Varshons & Varshons 2 in the last decade-plus, no records of original material?

ED: I don’t know.  I’ve been a little bit dry.  For some reason, I have like a block.  I just haven’t gotten my shit together, really, to do it.  I’ve been slow-moving.

But, I want to do a real record this fall.

QRO: There is going to be a deluxe edition of Lovey out in October for Record Store Day…

See also them playing “Down About It” and “Rudderless”.

QRO: During lockdown, a lot of artists are doing livestreams, or releasing previously recorded material.  Have you thought about doing anything like that?

QRO: If your bassist lives right by you…

ED: Right up the street, yeah.  We can definitely do something like that.  I want to.

I just haven’t the right tool to do it with.  I’m not too user-savvy…

QRO: Have you been writing/making music during all of this?

ED: Yeah, I have been.  I find myself playing even more than usual, because there’s nothing else to do… [laughs]

Definitely trying to keep things positive, try to do something.  I have been, but I don’t really have a good recording thing in my house, so I gotta get that set up.

I find myself playing even more than usual, because there’s nothing else to do…

I think a lot of people, at the beginning of it – people that stayed at home all day, slept all day.  It lends itself to that kind of lifestyle.

But we’ve all got to try to do those things, I guess.

QRO: Has your hair gotten even longer?…

Featuring three massive high definition LED screens and a stage, the Yarmouth Drive-in on Cape Cod has been designed to seamlessly present first-run and legacy family movies, alongside live comedy and music and the return of major league sports including Boston’s own Red Sox, Celtics and Bruins. The state-of-the-art screens are more than 40-feet wide and can be viewed even during daylight hours. Operating on the site of the Old Yarmouth Drive-In, the new site is one of the largest entertainment experiences operating in New England during the Covid-19 pandemic.

Thao & The Get Down Stay Down – “Phenom”