Evan Dando played for his seated fans at City Winery.... 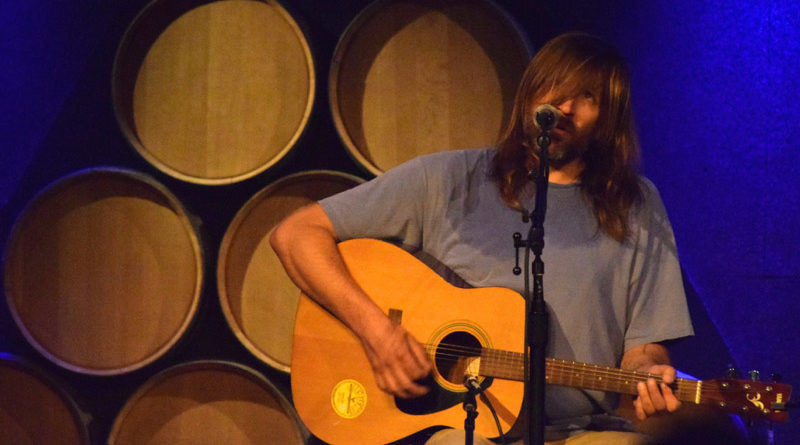 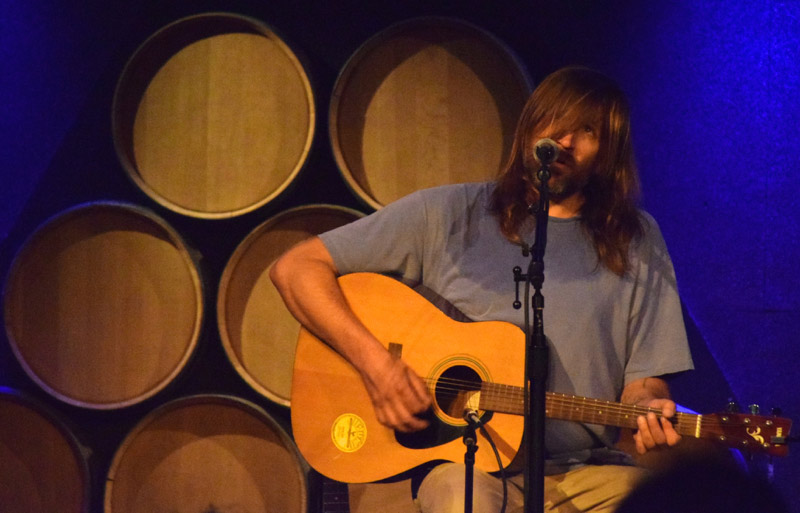 Audiences age with their musicians, and by this point the pretty alt-rockers of the early nineties now have fans who would rather see them at classy, seated shows where they can have dinner and some wine. So it made perfect sense for Evan Dando, the man behind The Lemonheads, to play New York’s City Winery (QRO venue review) on Friday, August 26th – even if Dando himself didn’t always make sense.

Back in the halcyon days when MTV not only played music, but good music, Evan Dando was the frontman for Boston’s The Lemonheads, who hit the big time with 1992’ It’s a Shame About Ray and songs like the title track (whose video had Johnny Depp as, presumably, Ray) and their cover of “Mrs. Robinson”, plus Dando’s good looks and long blond hair. Impressively, despite the years and some drug abuse, Dando’s looks have kept up, and more importantly so has his voice. Just him and a guitar was enough for the stage at City Winery.

With a discography that’s a lot more than just Ray, plus his penchant for cover songs (some, but not all, collected on his last release, 2009’s Varshons – QRO review – but he never plays “Mrs. Robinson”…), you never know exactly what Dando’s going to play. Early on there was “Alison’s Starting To Happen” from Ray, but also great singles from other nineties records, such as “The Outdoor Type” (1996’s Car Button Cloth) and “Paid To Smile” (1993’s Come On Feel The Lemonheads). And there were a number of covers, like Gram Parsons’ “Streets of Baltimore”, Eagles’ “Take It Easy”, and Melody Williams’ “There’s No Country Here”.

There was also banter from Dando, though it was hard to pick up. He had a tendency to move to or away from the mike when talking between songs, so you’d only pick up half of what he was saying. And he’d respond to something said from one of the tables closest to him, which everyone else couldn’t hear. “Alison” was dedicated to “Brooke”, and apparently “Courtney” would play “Paid To Smile” when they were on tour (Courtney Love?). Dando played Eagles after noting that no one had requested “Free Bird” (and messed up some of the lyrics to “Take It Easy” – but he also did that for Come On’s “The Great Big No”). He had some comment about Williams’ kiss-off to new country, but it was hard to know what he actually said (though the song’s lyrics are clear enough in intent themselves).

It all got a little muddled later in the set – did he say something about sandwich police? Actually, it was “Credits”, from his new band with Willy Mason & Marciana Jones, The Sandwich Police. To another request, Dando just mock-responded, “No heckling, please…”

He also started late, more like 8:30 than the 8:00 start time, and left the stage closer to nine than ten, but returned for not one, not two, but three encores. The first one had Ray’s “Rudderless”, where Dando changed guitars mid-song to cheers, plus a more recent cover, “Round Here” by Florida Georgia Line. The second encore was ‘the Ray hits’, including the title track, “Confetti”, & “Hannah and Gabi” – but also a cover of his fellow Massachusetts contemporaries Dinosaur Jr, “I Live For That Look”. That cover was particularly special, as most in the audience knew that they knew that song, but couldn’t place it. For his final return, Dando brought out a tiny amp to play distorted, Ray’s “Frank Mills”, but also Hank Williams’ “To Love Somebody” and Stone Poney’s “Different Drum”.

For the Ray songs and other nineties classics, there was a great deal of singing along by the crowd (as well as correcting Dando on “No” and “Easy”…). There might have been some grumbling about Dando’s meandering nature on the stage, but that’s easy to notice when you’re up close and personal, while still relaxed and seated, with an artist you’ve loved for decades. 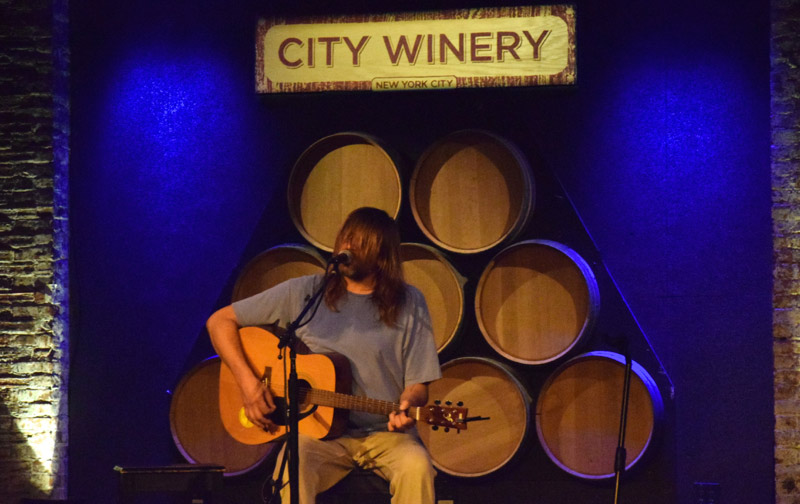