Exit Calm could be defined as leaving the arena of little or no feelings and/or emotions, perhaps leading to a state of controlled disorder or euphoria.... 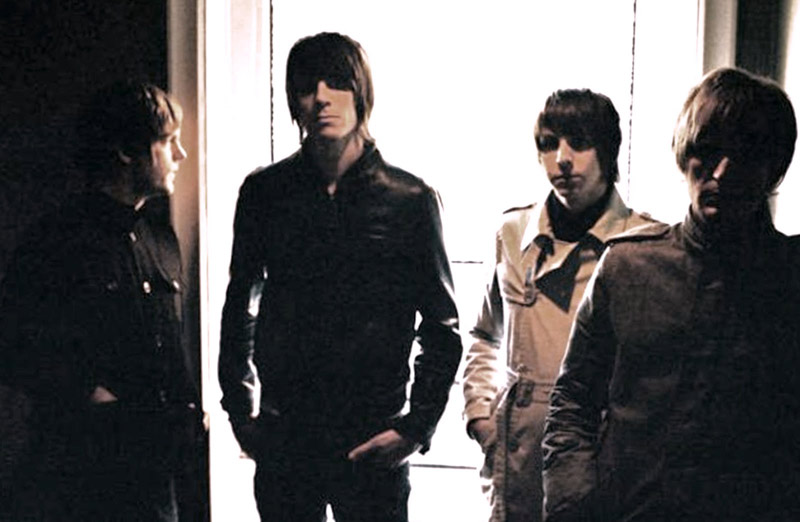 Exit Calm could be defined as leaving the arena of little or no feelings and/or emotions, perhaps leading to a state of controlled disorder or euphoria.  This definition is akin to the atmospherics created by The Waterboys in the mid-1980s in which they declared their intention to create the “big music”.  They pronounced that it existed all around and should be embraced and celebrated.  This, however, has since caused us to endure all manner of lacklustre attempts at ascending the pinnacle or nadir that it sits upon.  U2, late era Simple Minds and definitely The Verve have all been its most obvious exponents.  Exit Calm are by no means the first group to risk the minefield of pompousness, bombast and overblown sentimentality that are that are the pitfalls of failure that so many succumb to.  Many in recent times have attempted the task, Editors started off well but ultimately failed and White Lies never got beyond the first tentative step on the journey.

Coming out of south Yorkshire in 2010, their debut album borrowed a lot from a Storm In Heaven-era The Verve, but also had the Britpop/rock influence that allowed songs to form from the phased jams that Ashcroft and his gang sometimes drifted into.  After a three-year hiatus they returned with The Rapture, which not only is it bittersweet but it is also a symphony.  “The Future Isn’t What It Used To Be” is a glorious piece life affirming rock music that no other band creating music in this genre comes within a whisker of.

Their lyrical reference point are the usual topics found in the big music, love, hate, loss and salvation are all confronted in a more abstract way than the usual chest beating rallying call, but what the others don’t have is a vocalist with the depth and range of Nicky Smith.  He is the focal point of the big music challenge and is well suited to take on the emotive lyrical subjects confronted.

They have been touring the album incessantly for the last four months since its release and this was the second visit to the Bodega Club in Nottingham, which coincided with the last night of the current jaunt around Britain’s small and medium size venues.  The club was at capacity on Saturday, 1st February as the tour concluded in Nottingham.  The party atmosphere generated by the full house was lifted a notch as the opening bars of “The Rapture” resonate around the club.  The latest album is more of an evolution rather than a revolution, meaning that the more commercial sound of the opening track is not repeated en-mass.  This is a credit to the bands belief in their creative strength, allowing the more subtle numbers such as “Higher Ground” to have the same impact as the more accessible songs.  “Fiction”, “Glass Houses” and “Holy War” are half brothers to the darker, even psych tracks that make up most of the first album but were still received with the same warmth.  “When They Rise” is cut from the same cloth as “Rapture” and caused the same frantic crowd eruption.  It hardly warranted the band leaving the stage, as they quickly returned for a climatic encore, curtailing events with the epic “Hearts and Minds”.  It will be little more than tragic if their assault on the big music is not triumphant and we lose them to another three year hiatus or even worse.  Their desire is to be “the voice in your ears and mind,” the masses need to open both.

We Are Scientists – “Make It Easy”