“We’re so glad that we get to spend an extra day in your country…”... 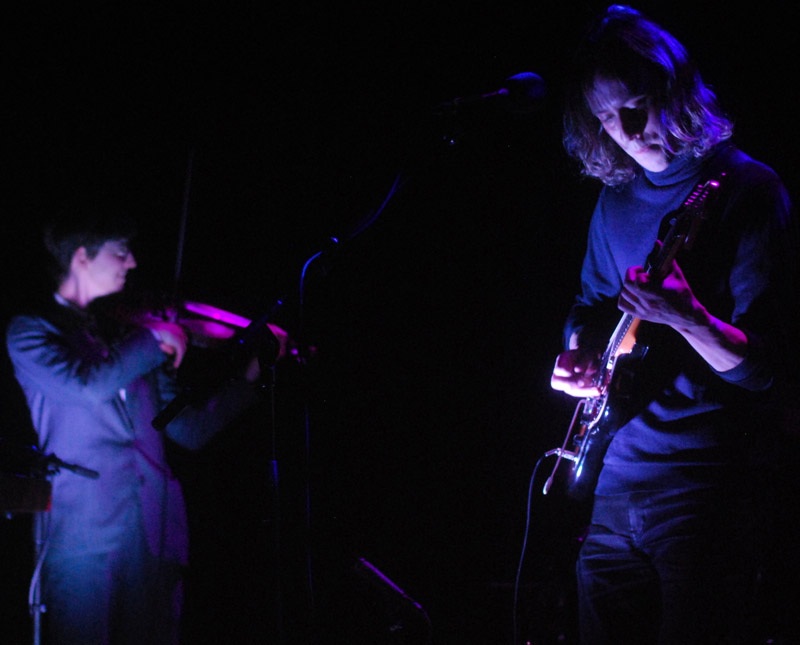 Click here for photos of Fanfarlo at SXSW 2012 in Austin, TX in the QRO Concert Photo Gallery

Click here for photos of Fanfarlo at 2010 Haldern Pop Festival in Rees-Haldern, Germany in the QRO Concert Photo Gallery

“We’re so glad that we get to spend an extra day in your country…” So said Simon Balthazar (QRO interview), frontman for London alt-folk collective Fanfarlo at Brooklyn’s Rough Trade NYC (QRO venue review), playing a special bonus show after headlining Bowery Ballroom (QRO venue review) the night before. At the end of their North American tour, if the group was tired they didn’t show it, engaging and easing the crowd.

Click here for photos of Fanfarlo at Webster Hall in New York, NY on December 12th, 2009 in the QRO Concert Photo Gallery

Click here for photos of Fanfarlo at CMJ 2009 in New York, NY in the QRO Concert Photo Gallery

Click here for photos of Fanfarlo at Rebel in New York, NY on October 19th, 2009 in the QRO Concert Photo Gallery 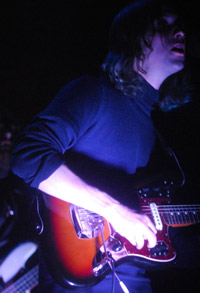 Touring behind this spring’s Let’s Go Extinct (QRO review), the set surprisingly wasn’t wholly dominated by that, their third full-length. Nor did it just split dominance with debut Reservoir (QRO review), with short shrift to sophomore release Rooms Filled With Light (QRO review), like many bands do when touring a third record. Instead, all three were about evenly represented – and equally well received. Yes, Extinct’s “Life In the Sky” was a pressing toe-tapper, but so was the following “Destruction” from Rooms, while there was applause at hearing the first notes to Reservoir’s “I’m a Pilot”. The room hushed for their “song about a frozen lake” “Vostok” (from the special deluxe edition of Rooms), and when multi-instrumentalist Cathy Lucas sat down and played the musical saw on the following “Comets”, but also cheered the saxo-mo-phone on “Tunguska” (was there an intention in the set list, having a song about a frozen Siberian lake, followed by “Comets”, followed by a song about the spot in Siberia hit by a massive comet?…). Balthazar managed to get Brooklyn dancing with “Landlocked”, “A Distance”, and “Harold T. Wilkins”, before coming back for an encore that included “Let’s Go Extinct”, “The Walls Are Coming Down”, and having someone in the crowd get him (via drink ticket) a “cactus-based beverage” (“Embrace the cactus – not literally…”). 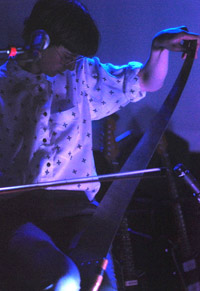 Shifting from major label Atlantic and going independent with Extinct might have hindered Fanfarlo’s tour promotion (there was no ‘Hanging Straitjacket Escape’ like at their Webster Hall show in 2009 – QRO photos), but they’ve still got a loyal following – many older couples in the crowd, and lots of people talking to the band right after the show. Hopefully the warm feelings will stay with the band as they go back across the pond.

Fanfarlo playing “The Walls Are Coming Down” live at Rough Trade NYC in Brooklyn, NY on April 23rd, 2014: