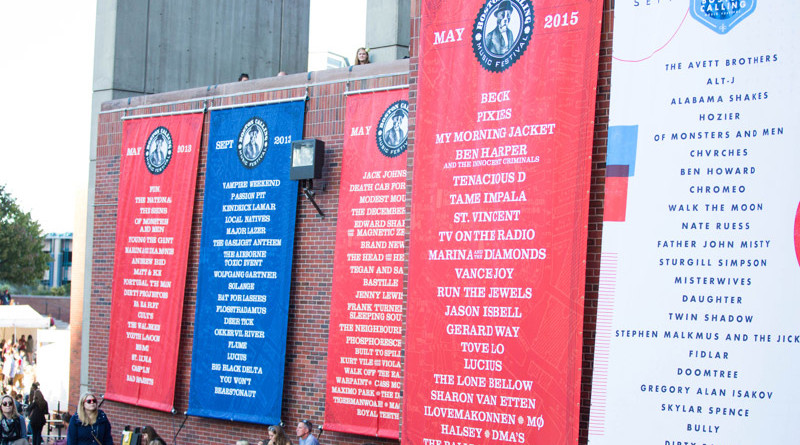 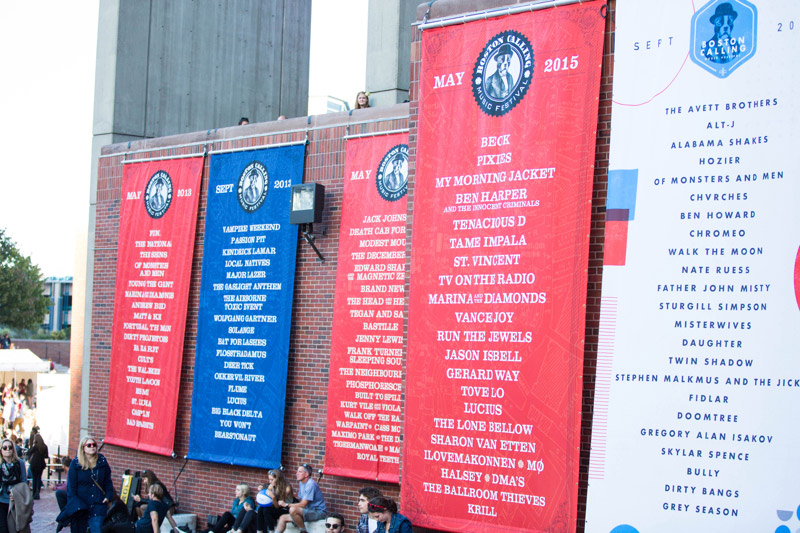 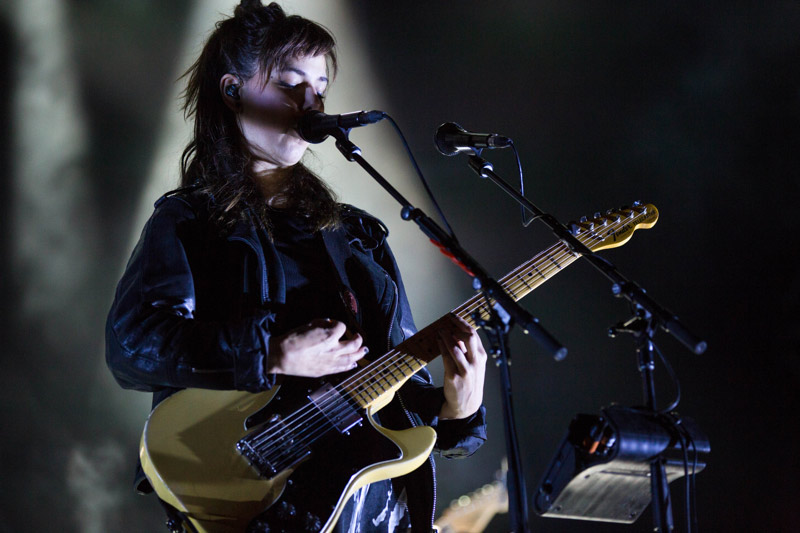 Kicking off the three-day fest for the first time on a non-holiday weekend, Gregory Alan Isakov welcomed thousands of festivalgoers as they entered the gates Friday night after school and work. As soon as the first set ended, it was evident people were here to see Icelandic group, Of Monsters and Men, perform for the second time at Boston Calling (QRO photos at first Boston Calling). The crowd looked to have tripled by the time OMAM took the stage, much as it had done the first time the band played a couple years prior. A good mix of from both My Head is an Animal (QRO review) and their new album Beneath the Skin (QRO review) kept onlookers entertained until The Avett Brothers closed out the first night. Although The Avett Brothers high energy set kept most wanting more, fans began to filter out throughout their set, likely in preparation for the next two full days of music. 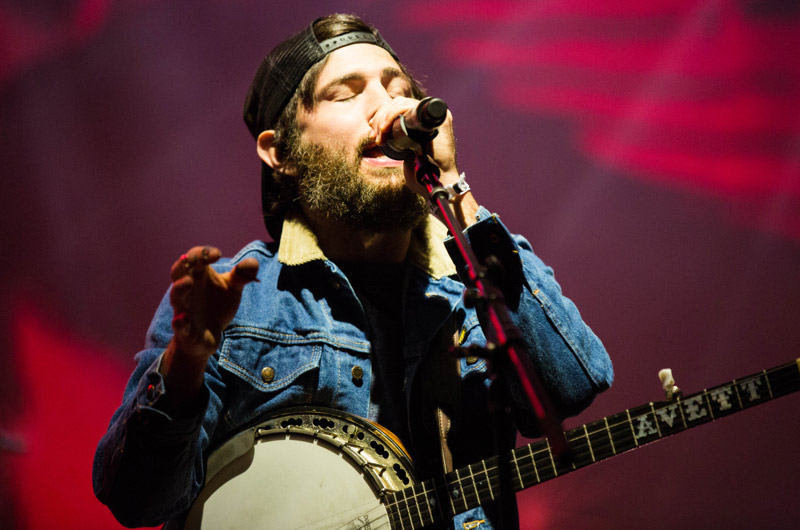 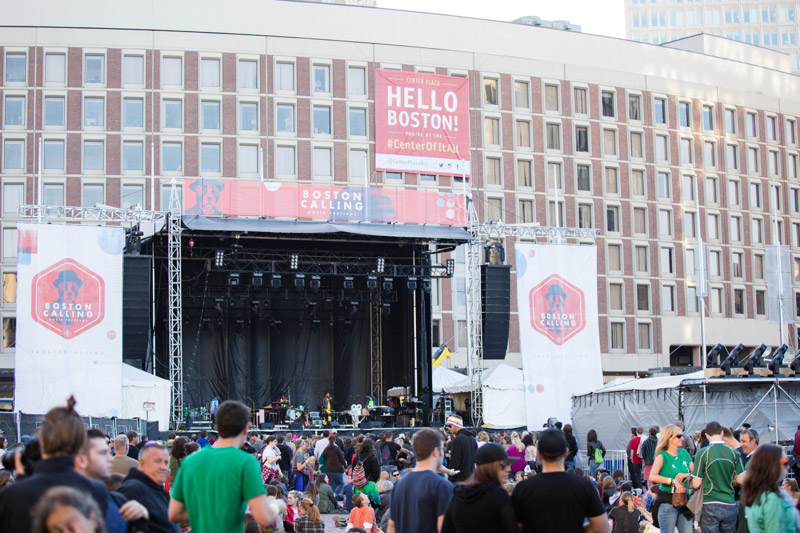 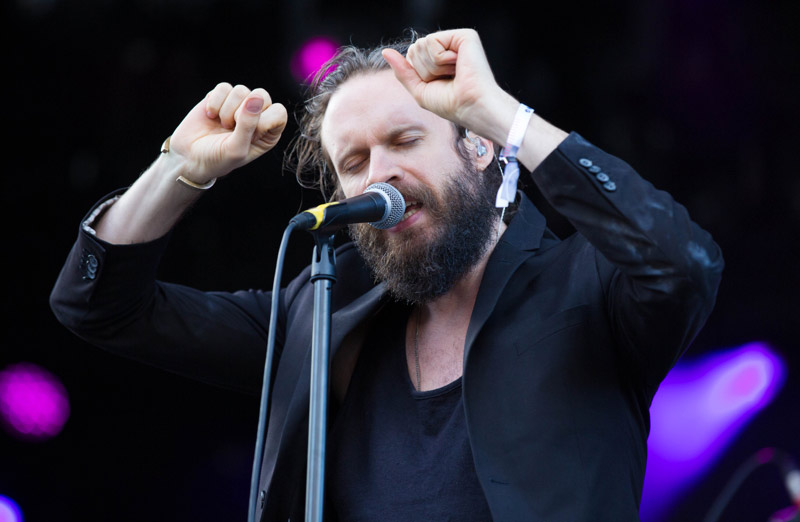 The most diverse music of the day started around 1:00pm with Boston-based folk rock band Grey Season and future funk-pop artist Skylar Spence. Doomtree, a sure misfit in this folk-pop heavy schedule, helped liven up the crowd with their aggressive hip hop that blends with every other notable genre today. Midday brought a mellower lineup consisting of Stephen Malkmus & The Jicks, Sturgill Simpson, and Father John Misty, who at one point leaned into the crowd causing a stampede of photographers surrounding him trying to get a shot of the unique perspective. 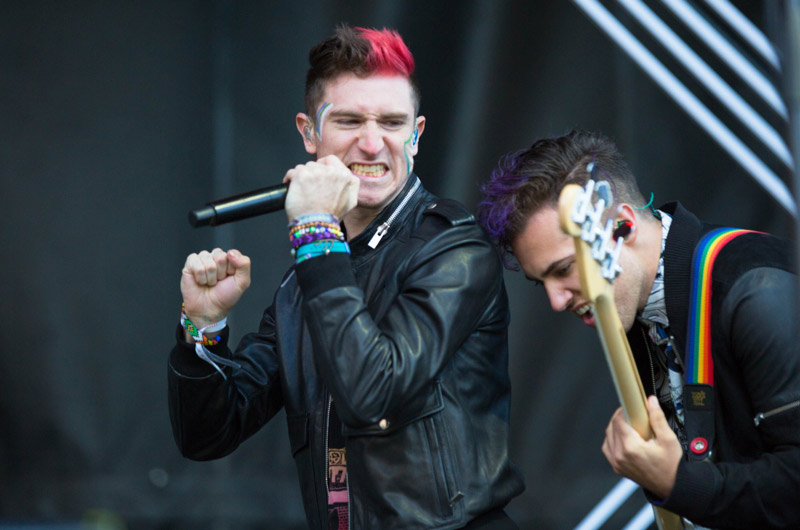 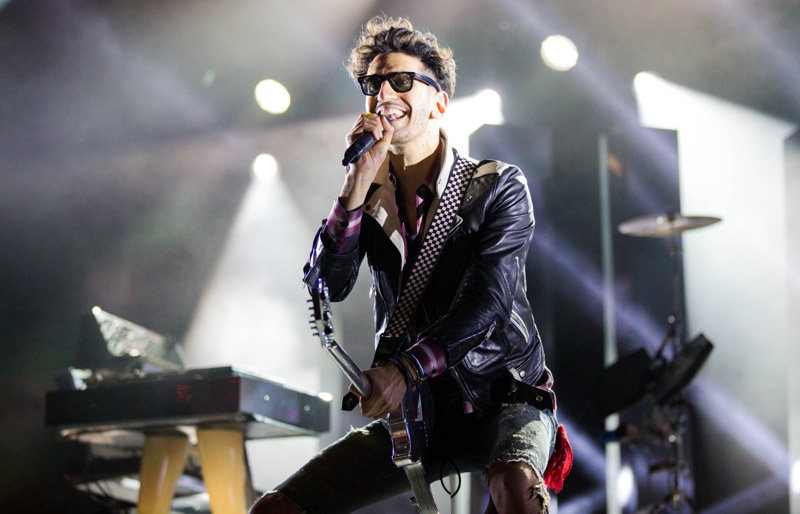 The slower sets were a quick afterthought as face-painted teenage and twenty-somethings overtook the Red Stage as Walk the Moon opened with “Jenny” from their 2012 self-titled album (QRO review). A vibrant, happy band fed off an enthusiastic crowd especially when their mainstream hits “Shut Up and Dance” and “Anna Sun” closed out the set. One of the most unique stage setups of the weekend went to Chromeo, who blasted people with flickering white lights throughout their auto-tuned electro-funk set. At one point David Macklovitch of Chromeo actually reflected a beam off his guitar into the crowd igniting loud cheers. The danceable set transferred rather easy into yet another youthful crowd during CHVRCHES. The biggest draw of the day was for alt-J and rightfully so. The band that has seen tremendous success in a few short years delivered a slow, soothing show that is very characteristic of them and expected. 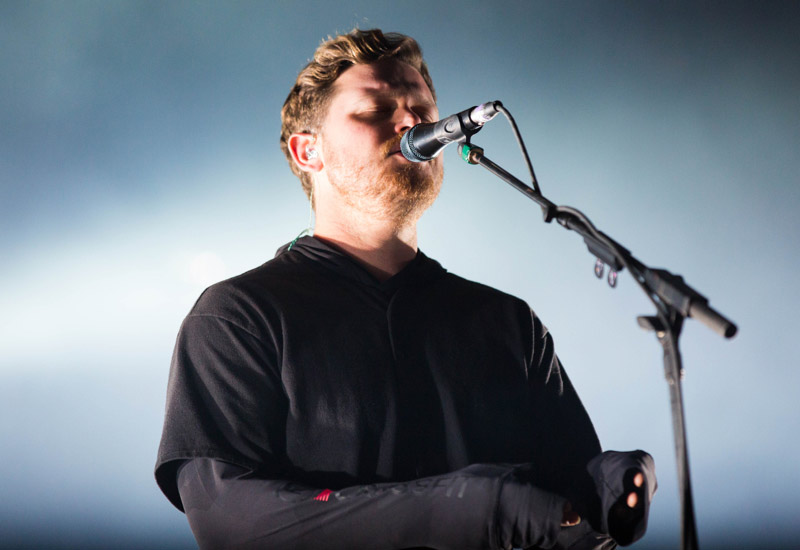 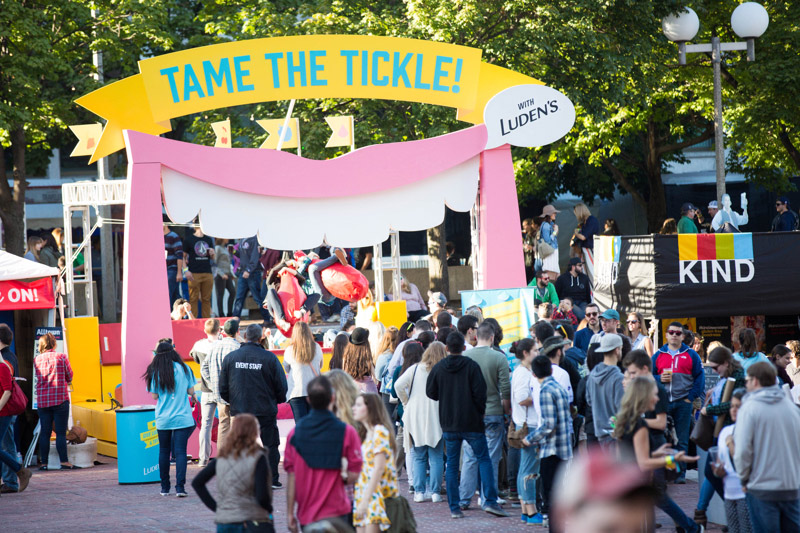 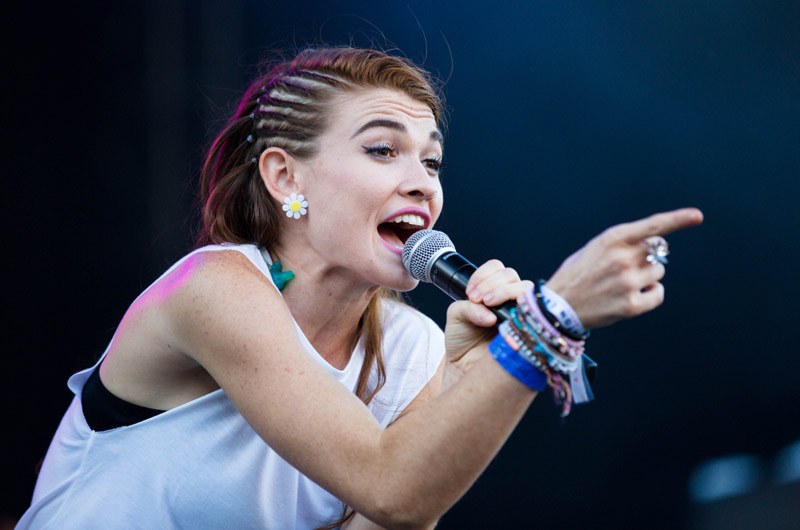 Per usual, the last day began with lesser-known acts vying for new fans. It’s a perfect festival to make a name for yourself as there are still no overlapping set times and some bands take full advantage of this. For many, the most surprising act was NYC-based MisterWives who delivered an incredibly fun and dynamic set that really got the crowd moving especially during their cover of The Weeknd’s “I Can’t Feel My Face”. However, this wasn’t the only song that had the crowd singing along. Ending the set with their successful hits “Reflections” and “Our Own House” had the crowd hungry for more. 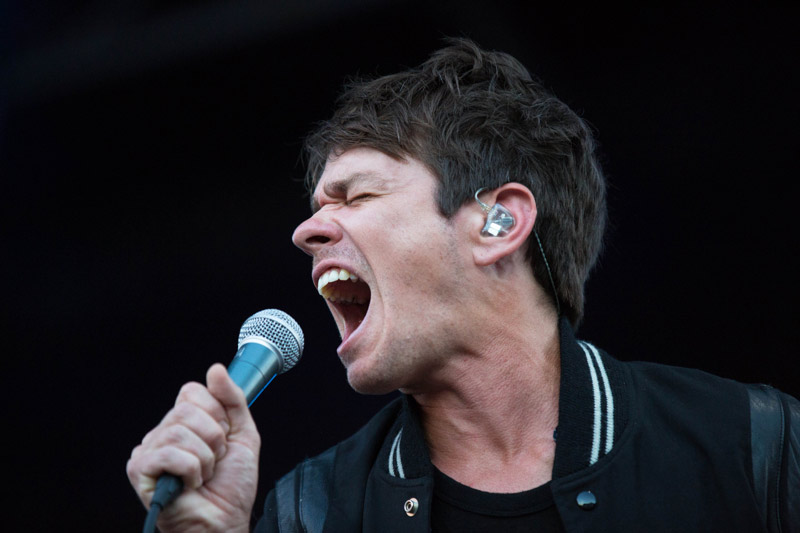 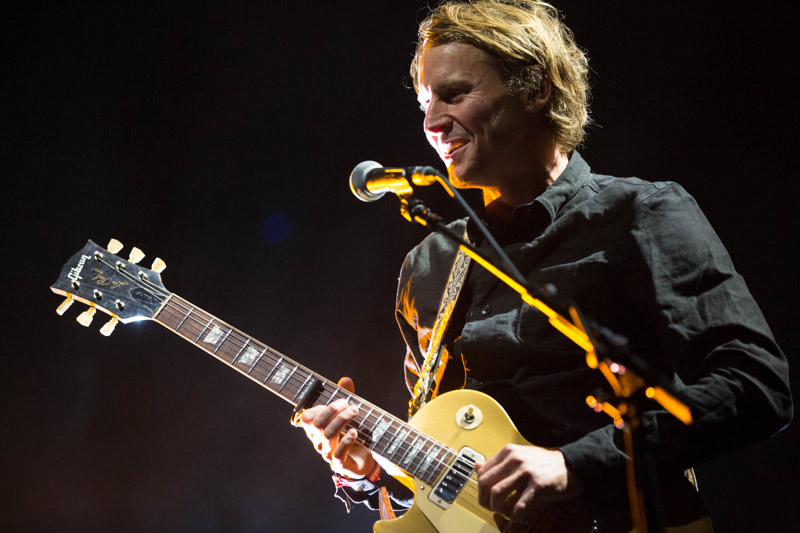 At this point fans really began to swarm city hall steps in an effort to see major acts beginning with Nate Ruess, who played a slew of songs from his days in fun. A dark and mysterious Ben Howard quieted the crowd with a slow set playing songs only off his new album I Forget Where We Were, while Hozier’s radio friendly hits kept coming one after the other to the enjoyment of his most passionate fans. Alabama Shakes howled throughout the city while closing out the three-day festival under a blood moon. The largest cheers all weekend came as soon as Brittany Howard stepped on stage and lasted until the last note rang. 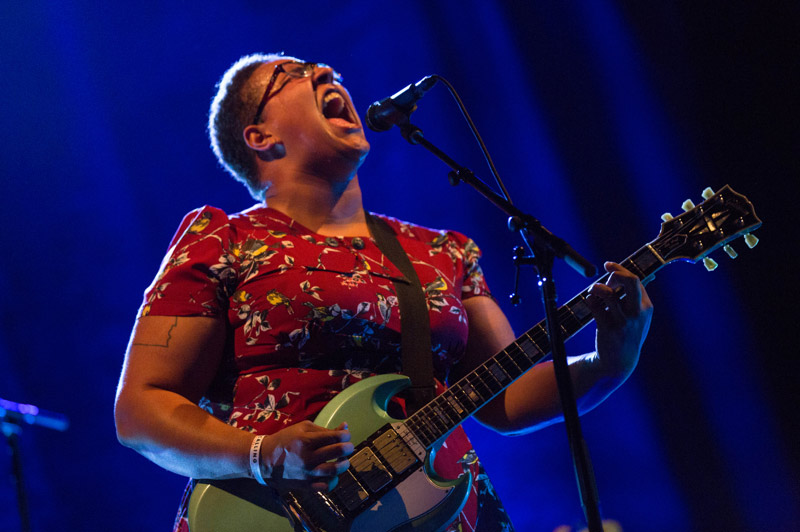 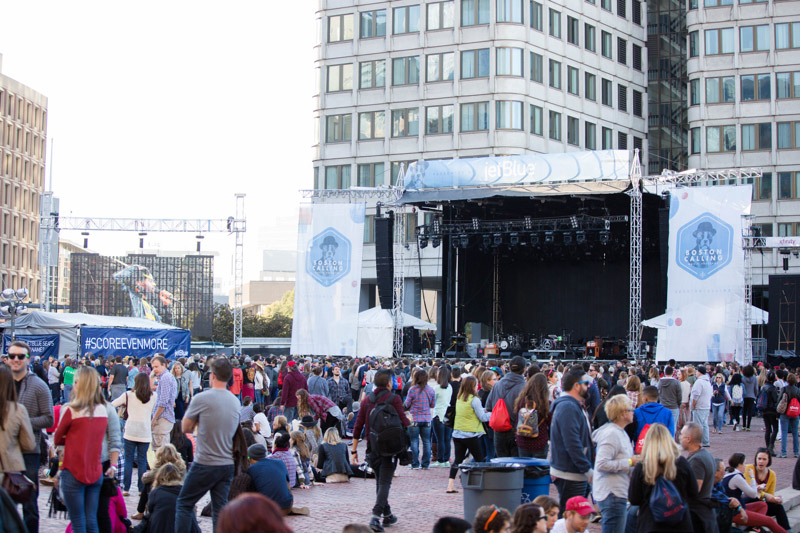 Boston Calling will be back in May 2016 for it’s seventh installment. Early bird tickets are on sale now. 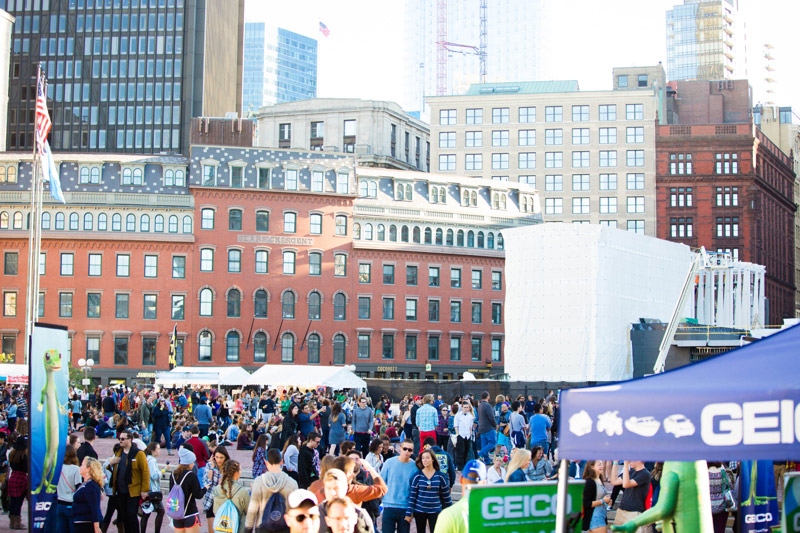