The Hot Luck Festival is what happens when you combine live cooking and live music in kick ass locations around Austin during Memorial Day Weekend.... 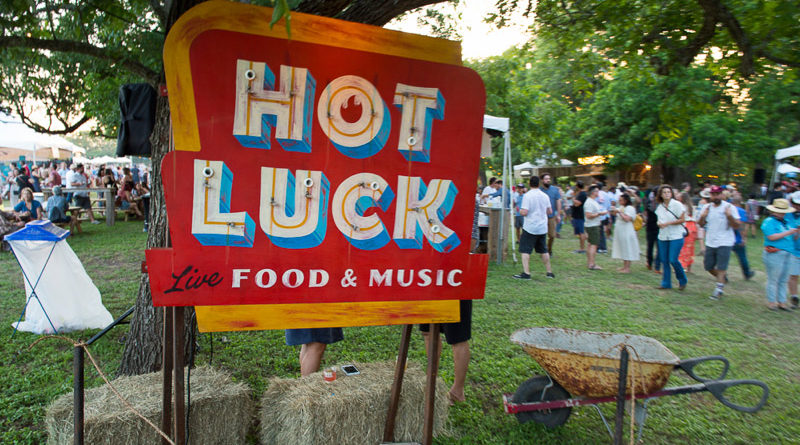 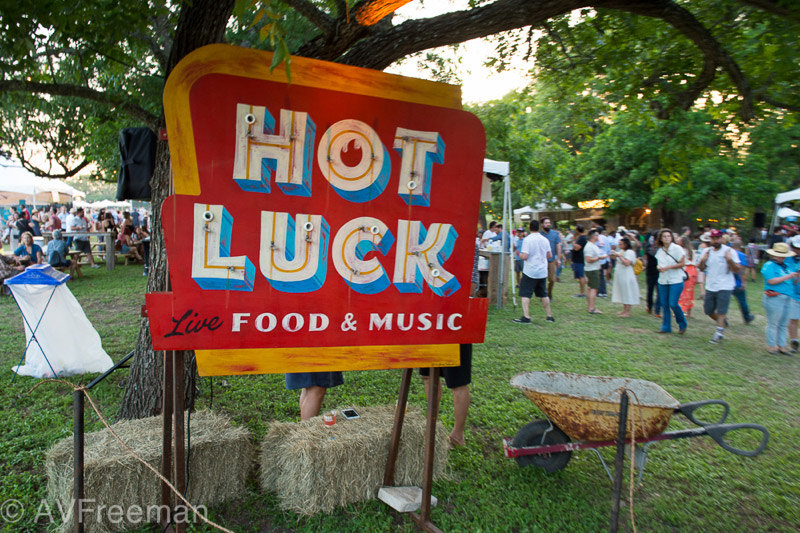 The Hot Luck Festival is what happens when you combine live cooking and live music in kick ass locations around Austin during Memorial Day Weekend, Thursday-Sunday, May 23rd-26th. Created by James Beard Award-winning chef Aaron Franklin of Franklin Barbecue fame, Mike Thelin, co-founder of Feast Portland, and marketing guru/Mohawk club owner James Moody, this year’s offering brought everyone together over several days of rich food sampling before crowds rushed to music venues around town to dance off the meat sweats. 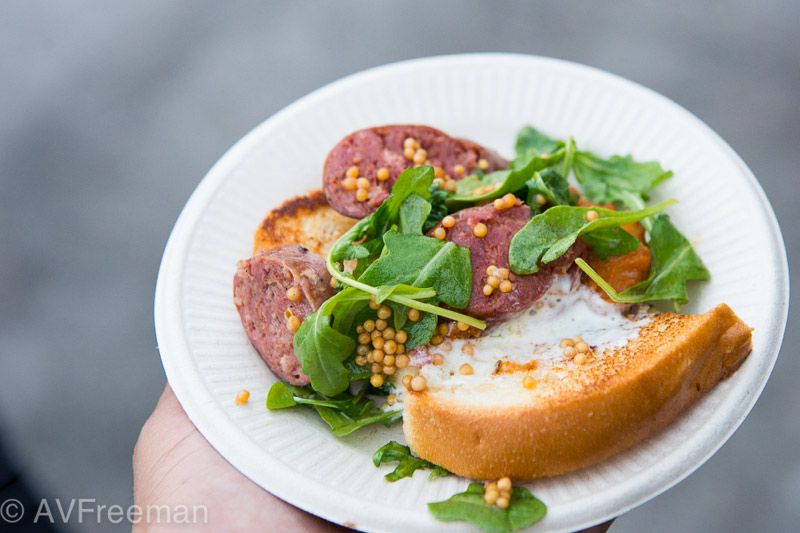 On Thursday, The Giddy Up opening party at the Mohawk was only for those who purchased the sold out Whole Enchilada Pass. It included food booths stationed around the venerable rock club. Croy and the Boys’ honky tonk sounds welcomed the early crowds as they made their way to the top of the stairs for some fatty trail mix served up by Callie Speer of Holy Roller. On the side were mini-Jägermeister bottles partially submerged in a snow cone reminiscent of a Dos Equis in a margarita that is a Texas specialty. If that wasn’t enough, a box of loose cigarettes and matches were up for grabs at her station. 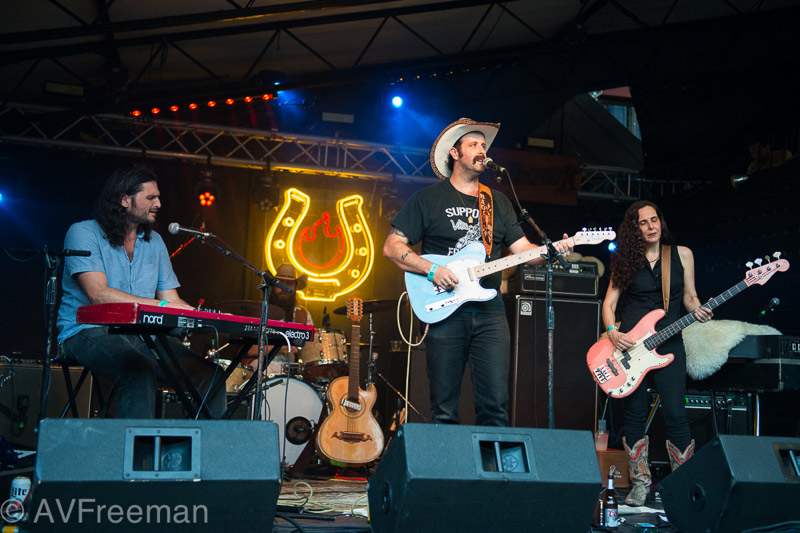 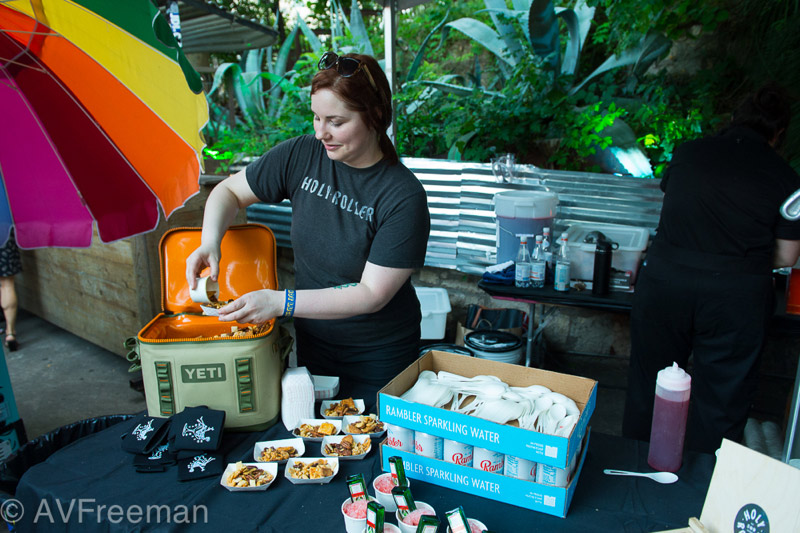 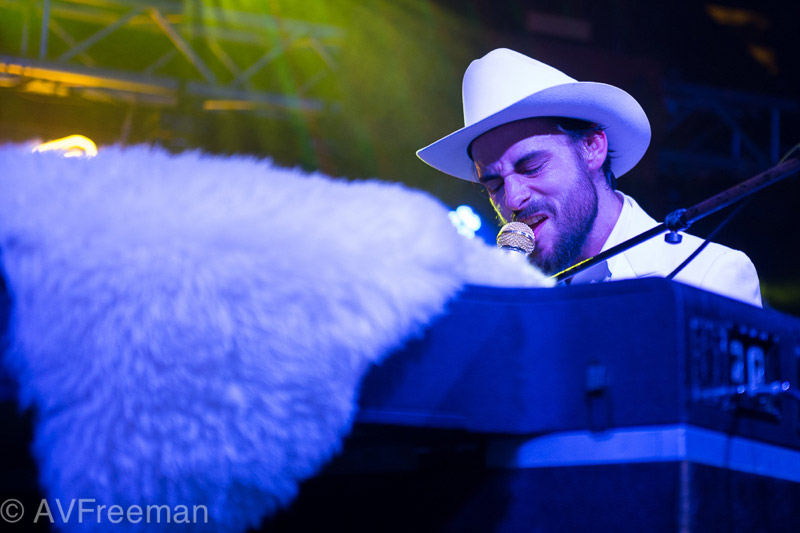 As festivalgoers made their way up to the top level, a triumvirate of tables made up of a humongous blue fin tuna head and sashimi by Yoshi Okai from Otoko flanked by an oyster and caviar boat helmed by Regalis and a hot link sandwich from Chad Dolezal of the Hightower. As night came, folks made their way over to see Robert Ellis, Texas Piano Man, dressed in white coattails and western wear croon over piles of Matty Matheson’s Beef ‘n Cheddar sandwiches and a never ending meat board by Olympia Provisions American Charcuterie. After Robert Ellis’ set, some of the crowd moved over to Antone’s to catch the end of the New Breed Brass Band’s New Orleans rhythms. 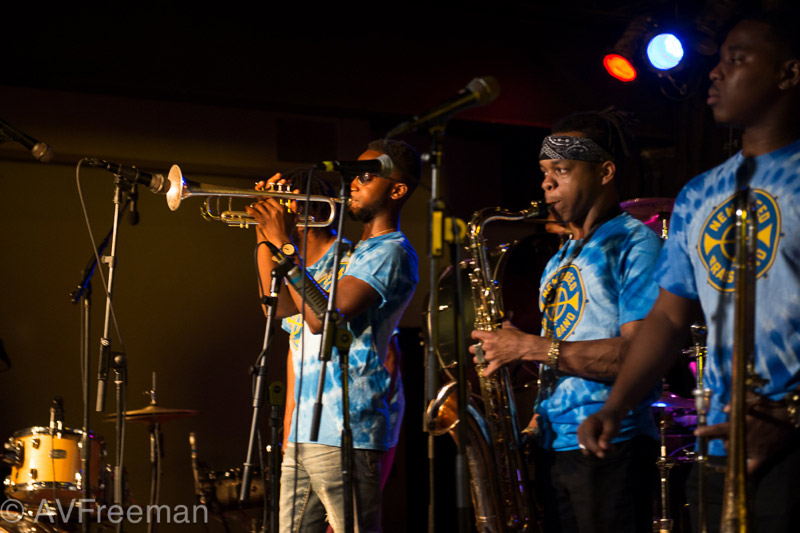 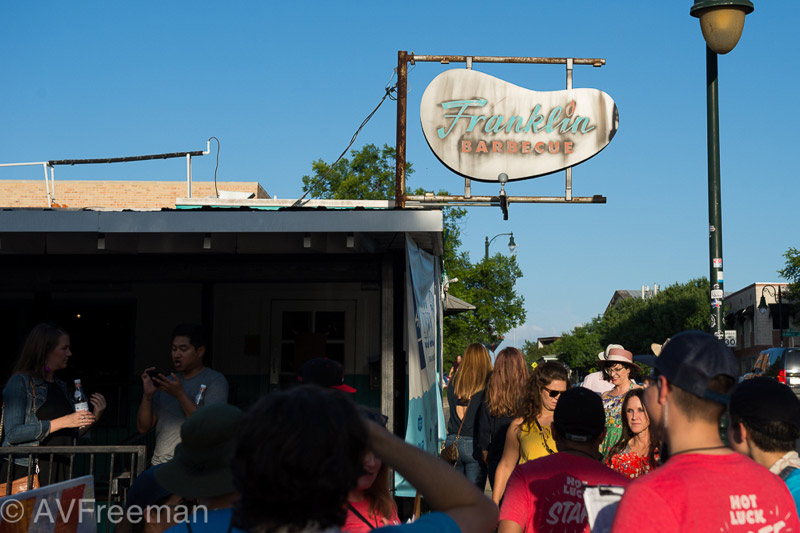 Franklin Barbecue is known for two things, amazing BBQ and long lines to get to it. While the wait at the door of Franklin’s brick and mortar at Friday night’s Hi, How Are You? party was negligible, it still took nearly 30 minutes to grab a plate of his delicious brisket. While crowds waited, a nearby open air grill master worked huge prime rib that eventually filled lettuce wrap tacos in the adjacent booth. Argentines Ivana and Yamila Maldonado from Cuyo were daring with their all white regional dress as they served up flaky dough spiced beef empanadas. 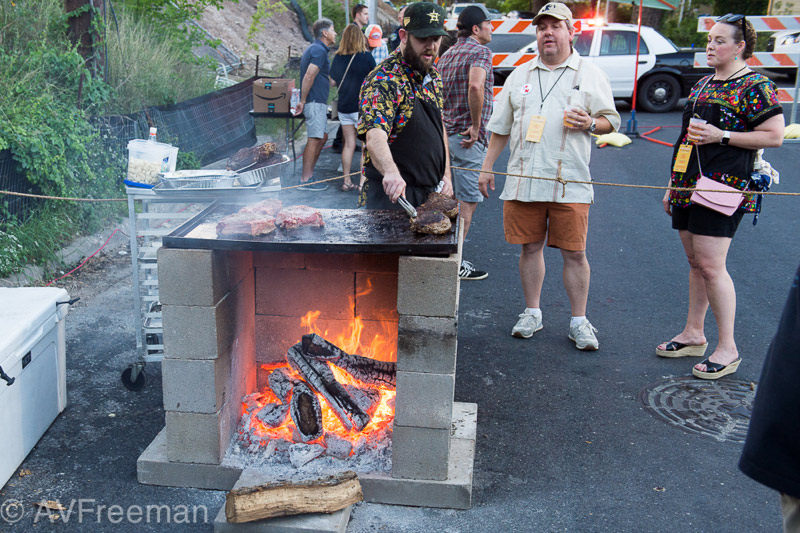 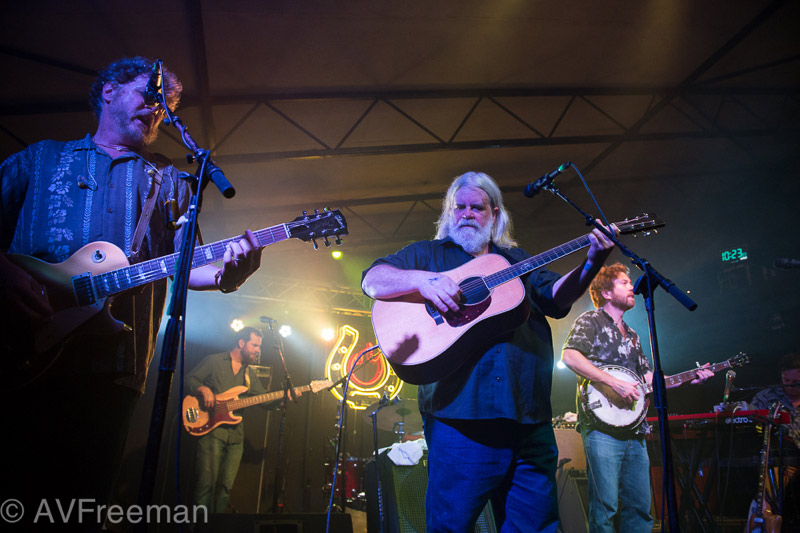 Free booze from New Belgium Brewery, Washington Wineries, Tito’s Vodka, and stomach easing Fernet kept the party lively. Other amazing dishes included a cheeseburger stuffed eggroll by Portland’s Gabriel Rucker next to a pimiento cheese wanton booth. After closing time at Franklin’s crowds disbursed to the three venues that split the festival goers into three distinct groups. The Mohawk saw Leftover Salmon melt faces off the 35 and up crowd with their bluegrass, PJ Morton got butts moving with his R&B at Antone’s, while the Barracuda had Sunflower Bean rocking a significantly younger crowd. 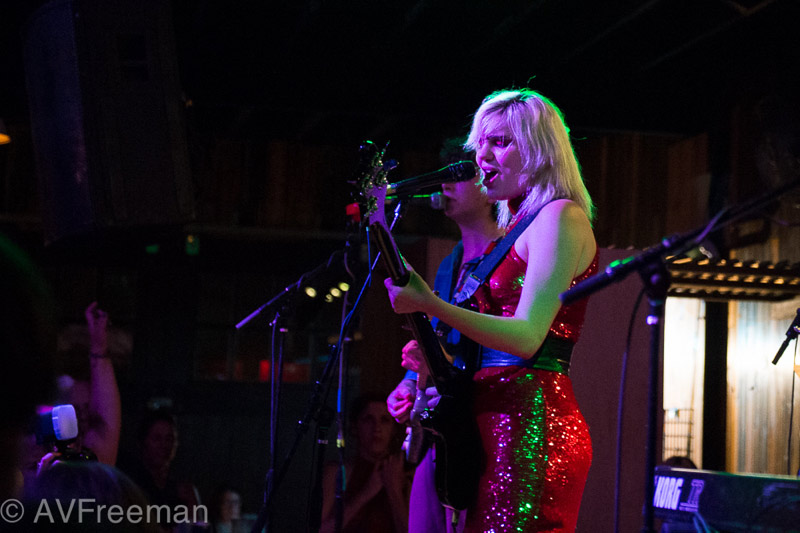 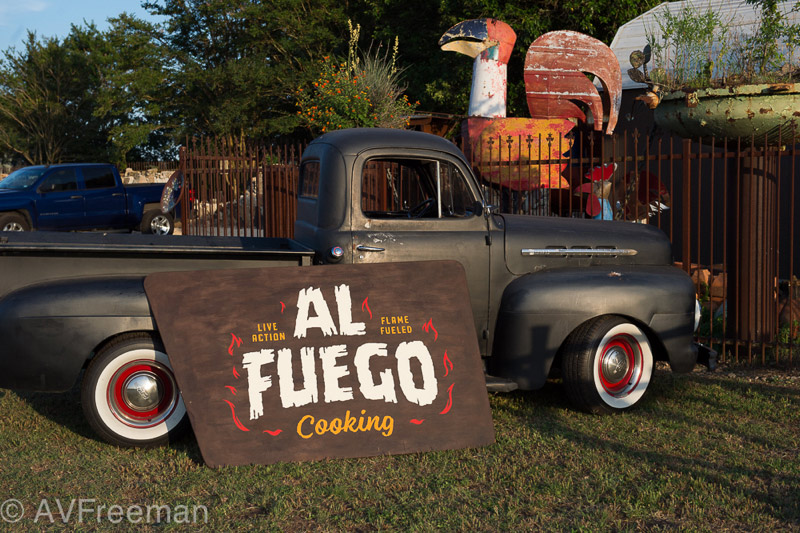 Saturday gave festival goers a chance to hit up pool parties during the day before heading out to one of the more memorable venues of the weekend. After a short school bus ride, hungry crowds feasted at Al Fuego at the Wild Onion Ranch, an expansive field just south of town. The rolling hills served as home to outdoor cooking in all forms. Pizza ovens, rotisseries, open grills, smokers, and everything in between activated the windmill adorned ranch. Tyson Cole’s Bluefin Collars were amazing as he served them up on a sword. As night time fell, crowds scattered again with many squeezing in to the Archers of Loaf’s show at the Mohawk. The North Carolina ‘90s noise rockers helped the crowd work off some of their bloated bellies with a hearty set of fist pumping and singing along. 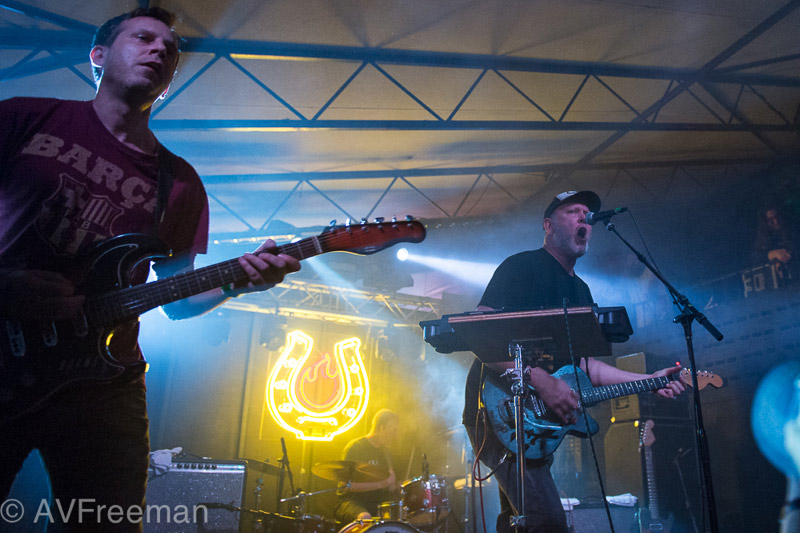 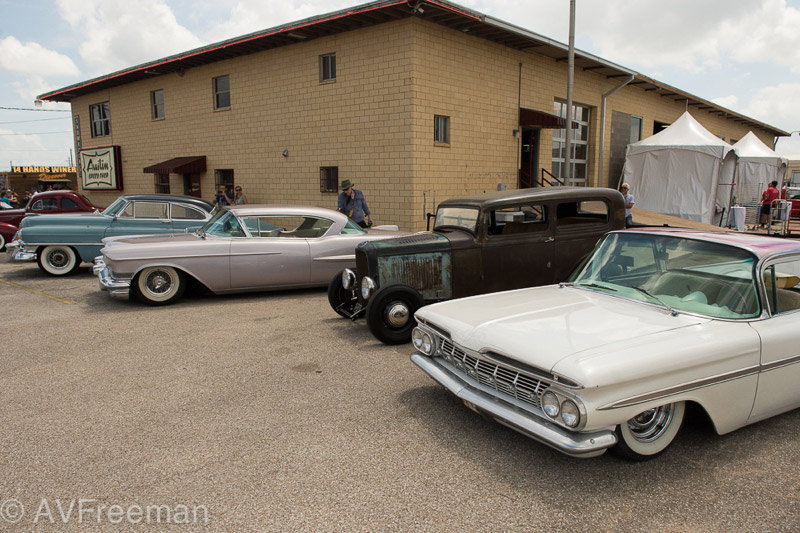 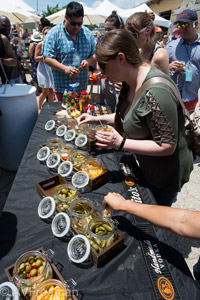 To round out the festival on Sunday, festival goers got to brunch at one of the hippest spots in town at the Austin Speed Shop during Coupe de Grill, a celebration of food, drinks, and classic cars. Savory takes on bagels, pancakes, and hash browns were nicely balanced by the sweets offered by Christina Tosi and the Milk Bar’s bottom of the cereal bowl ice cream with cereal toppings. Milk Bar’s 1969 Chevy P10 postal truck added a nice contrast to the muscle cars on the black top. Sharing the parking lot all of this and Jiffy Lube ‘70s jams was a nice way to end the food portion of the event. It took a lot of stamina to finish out the music portion, but Houston’s The Suffers gave folks a reason to head back downtown. Their horned fueled gulf coast funk led by the captivating Kam Franklin who owned the crowd with her style and presence. 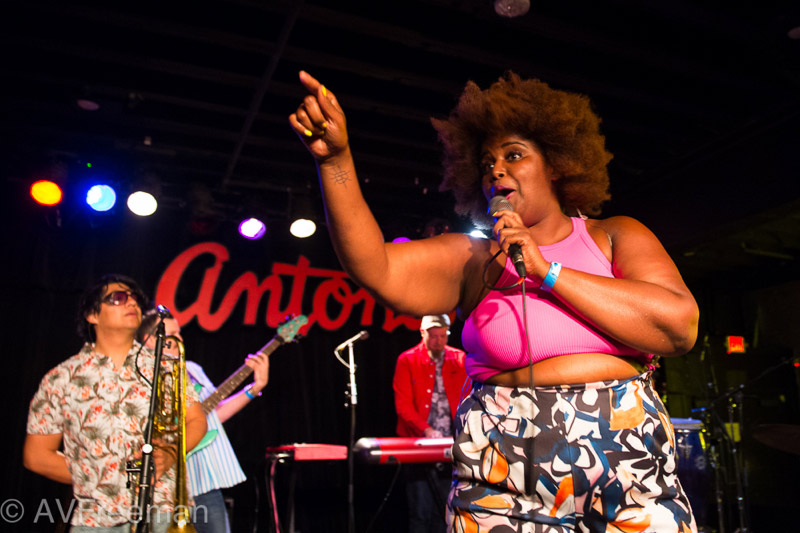 For the foodies in Austin, this celebration of taste and sound is like no other in town – it allows folks to sample some of the greatest chefs over the course of one long weekend. 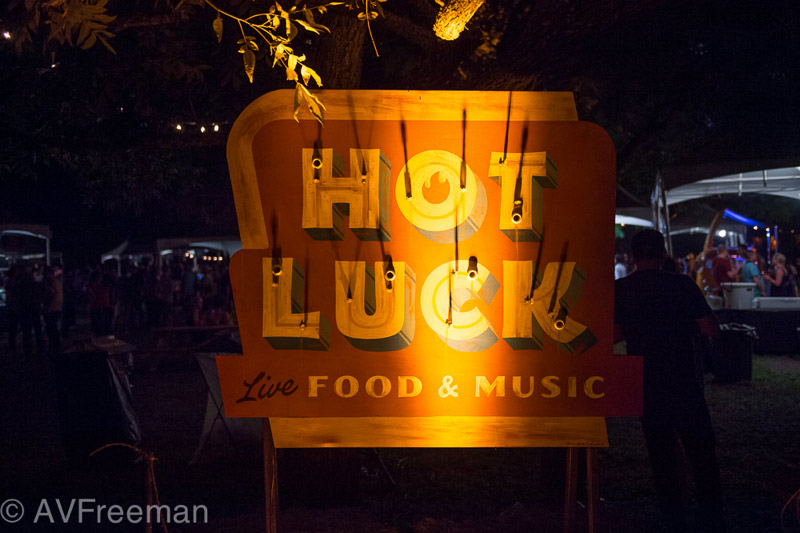