When I attended the very first KAABOO Del Mar festival in 2015, I had no inkling that the festival would grow into the yearly sold-out fest it’s become in... 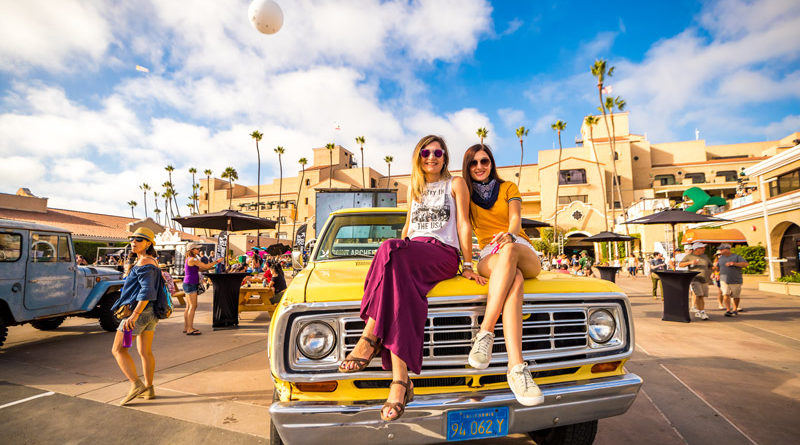 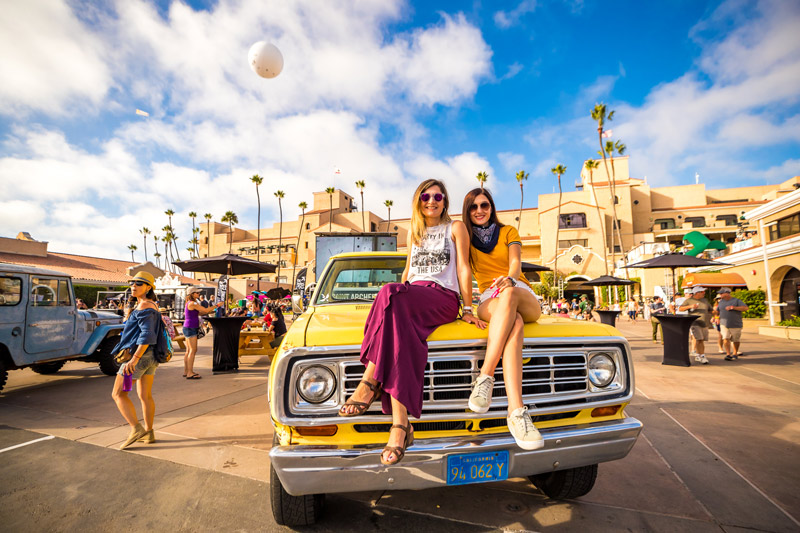 When I attended the very first KAABOO Del Mar Festival in 2015, I had no inkling that the festival would grow into the yearly sold-out fest it’s become in 2018, September 14th-16th, Friday-Sunday.

That first year felt sparsely attended, as I was able to get to the front of the stage for all the acts I wanted to see. I loved the chill vibes of the festival as it catered to an older demographic that loved ‘80s and ‘90s adult contemporary acts that often get left out by the more mainstream festivals. This was a place where these bands weren’t just not left out, but they were embraced. And yet they still knew how to include enough of today’s acts so the millennials would want to buy a ticket. 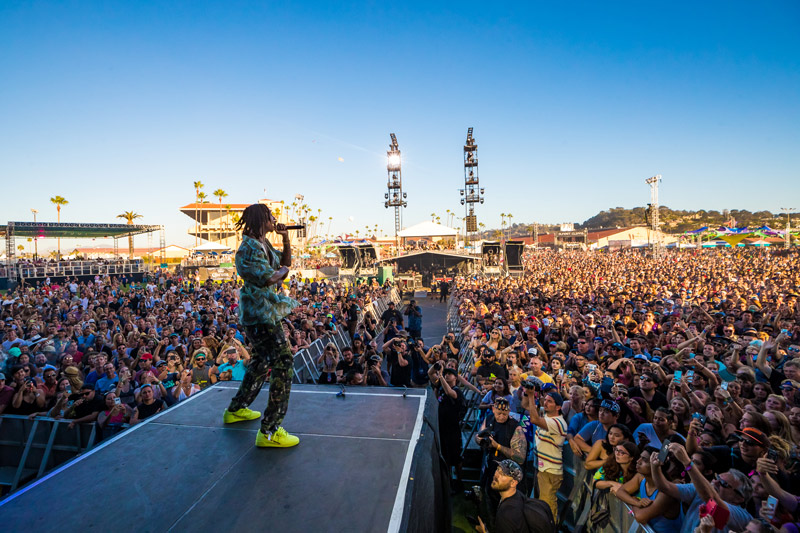 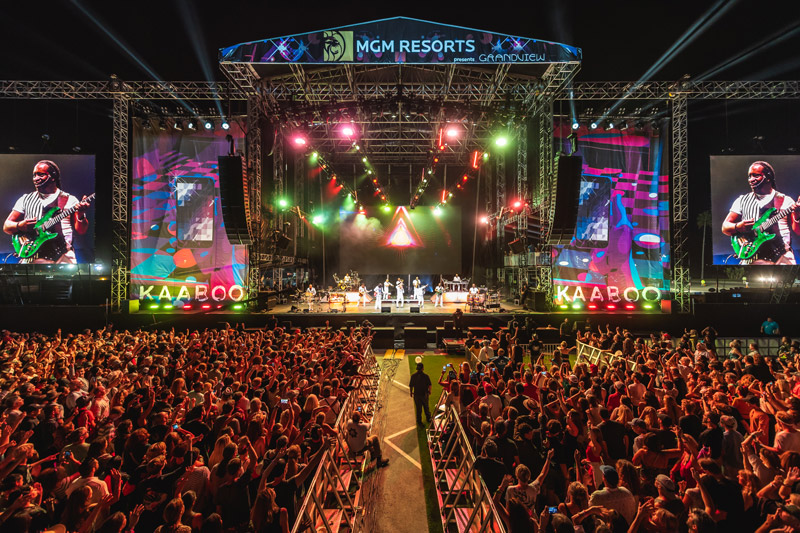 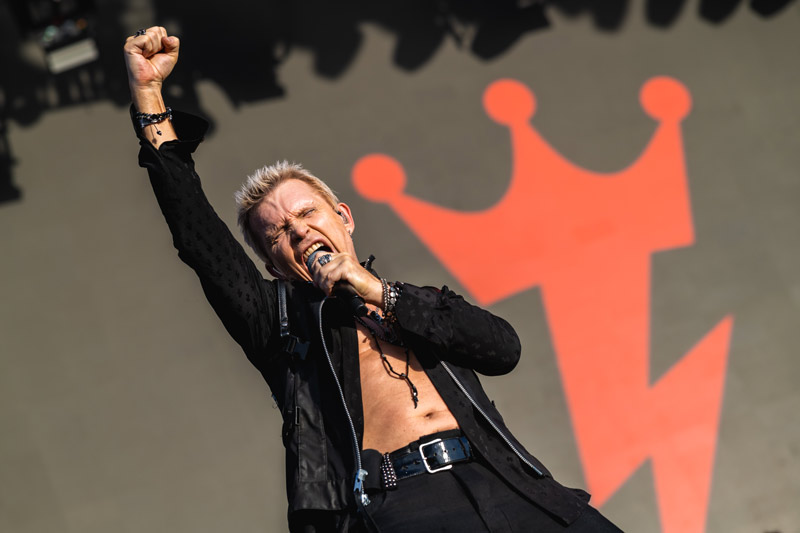 Look at this year’s headliners: Foo Fighters, Katy Perry, and Imagine Dragons topped the bill, with Robert Plant, Halsey, Post Malone, and Wiz Khalifa as sub-headliners. Those acts mostly cater to the younger demographic, but as you go down the lineup, you begin seeing names like Earth, Wind, & Fire, Alice in Chains, Billy Idol, Jewel, Blondie, CAKE, and Melissa Etheridge. 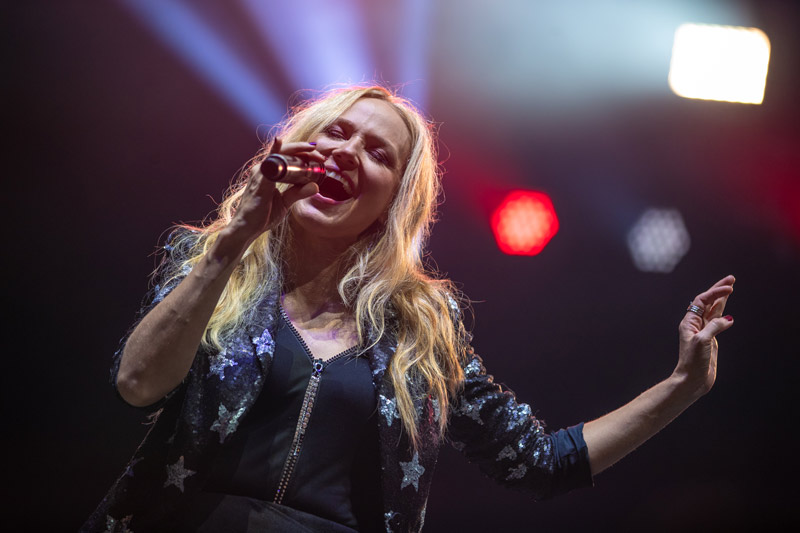 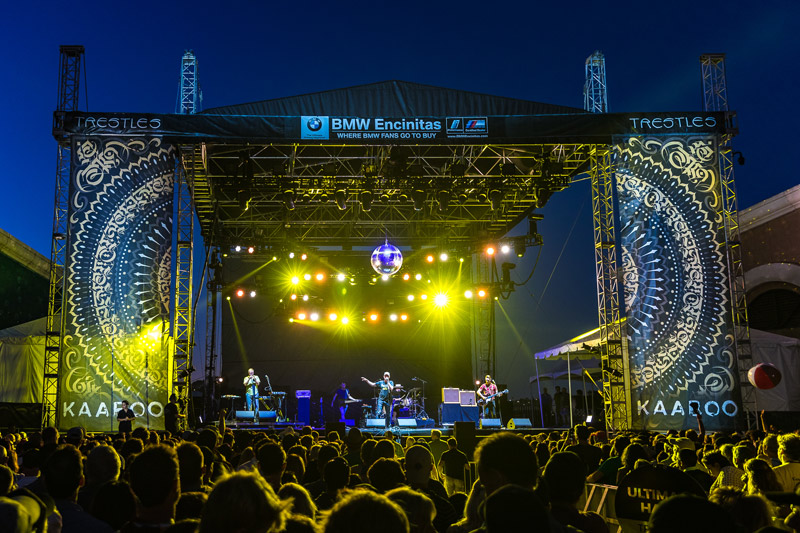 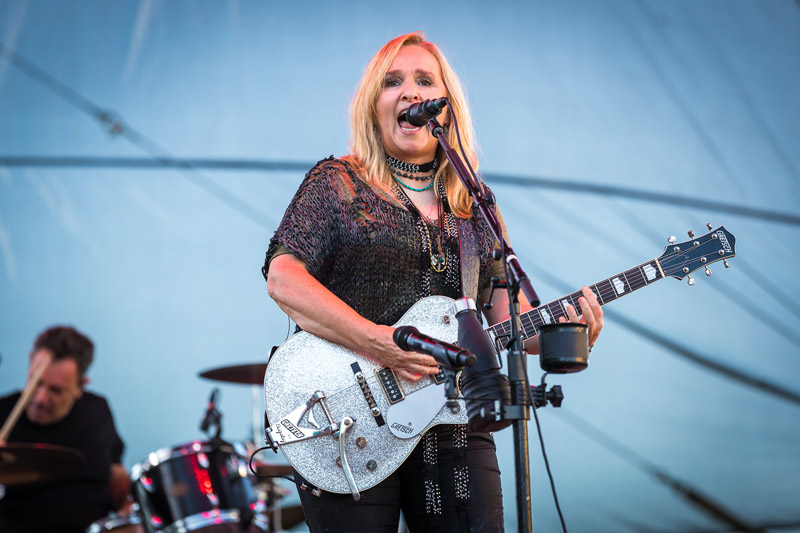 The weather couldn’t have been any better across all three days as sunny skies and a nice breeze accompanied the festival. 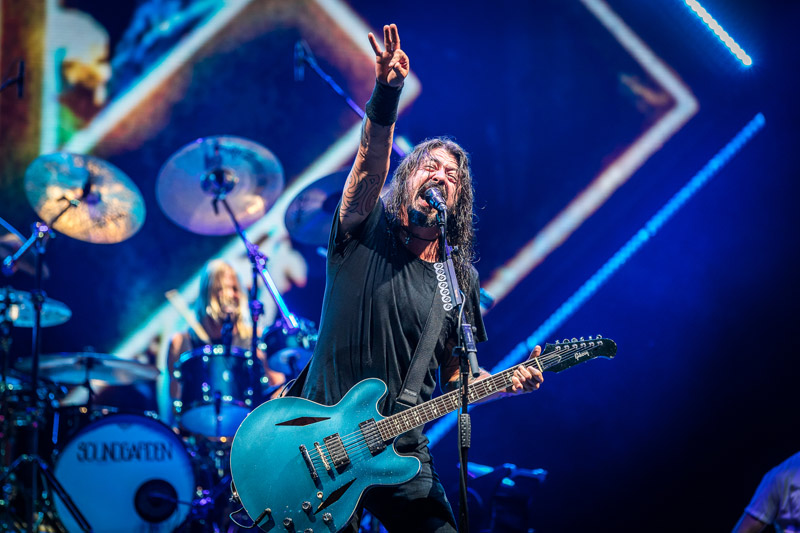 “It’s nice to be back again after 27 years,” Foo Fighters frontman Dave Grohl shouted midway through their powerhouse closing set Friday night. The Foo Fighters have played San Diego many times over the years, but the last time Grohl played Del Mar was 1991 just as Nirvana was blowing up to being the biggest band in the world.

Two weeks after this 1991 concert – which was headlined by Red Hot Chili Peppers and included a young Pearl Jam – Nirvana bumped Michael Jackson from the No. 1 spot in the Billboard charts with Nevermind.

Grohl and his band ran through hit after hit, as well as a medley of cover snippets – from John Lennon’s “Imagine” to Van Halen’s “Jump”. 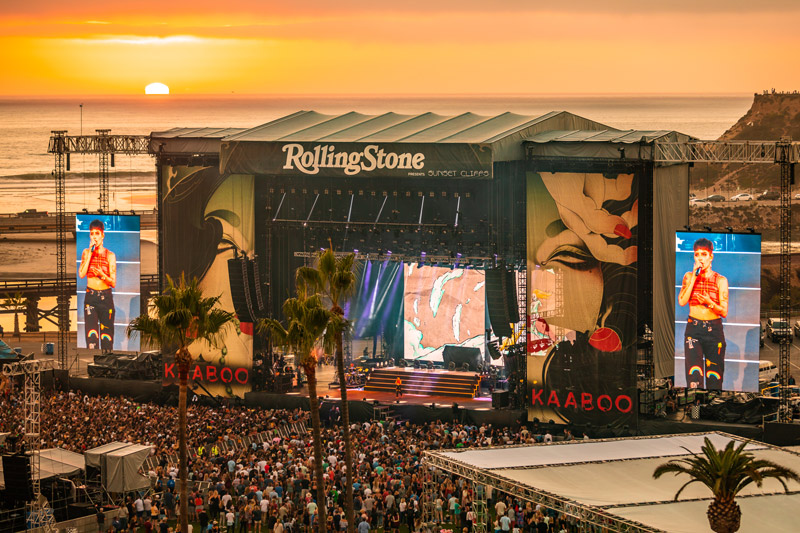 Elsewhere Friday were middling performances from Halsey and Post Malone, who have lit the charts on fire over the past five years but don’t yet have the live performance chops of their Friday counterparts Blondie, led by 73-year-old bombshell Debbie Harry. 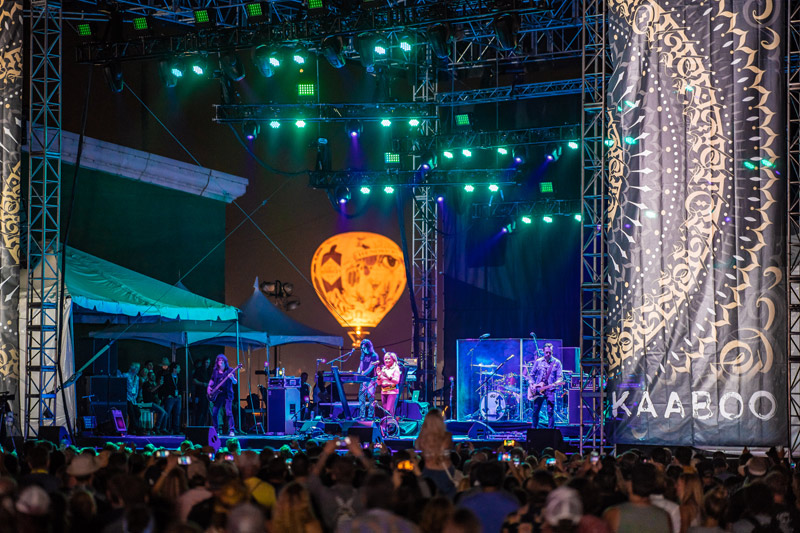 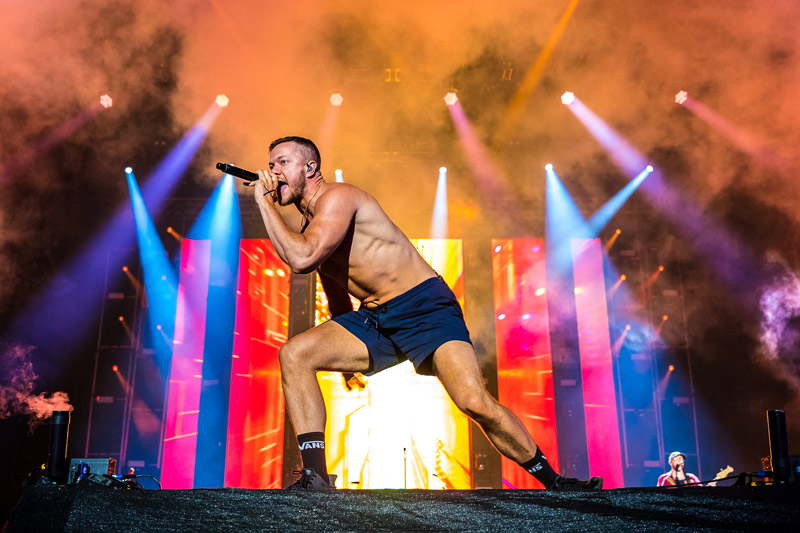 Imagine Dragons are one of those mainstream bands that a lot of people love to hate on – but you can’t deny their skills as a live band – which is why year after year they nab headline slots on festival bills. They’re known for their massive hit “Radioactive”, but sneakily maintain a presence on the Hot Rock songs chart with No. 1, No. 2 and No. 3 hits at the moment.

Frontman Dan Reynolds is as good of a guy as there is in music, and he took time out of their set to use his platform for more good, holding up a banner that said “Destigmatize mental health”. The band also performed The Police’s “Every Breath You Take” for the older demographic.

Another Friday favorite was The Zombies, a band that’s been around for 50-plus years. As they played “Time of the Season” I looked around and noticed a bunch of people realize they knew more Zombies song than they thought. 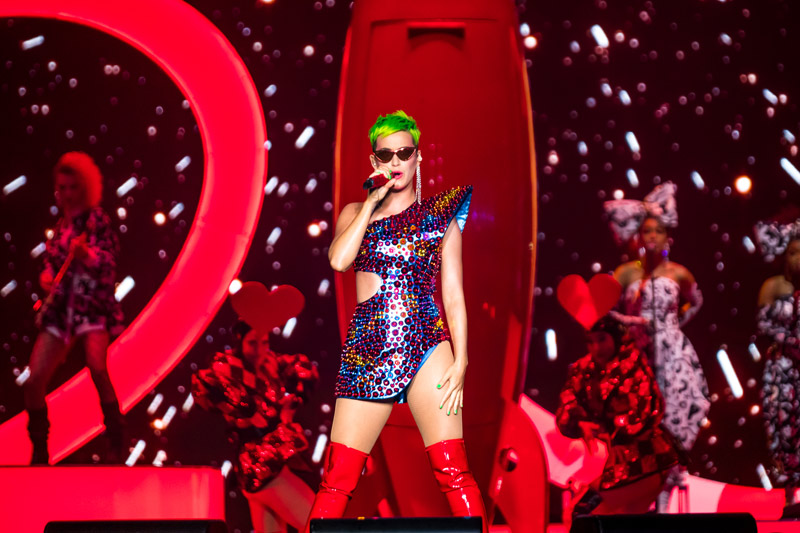 On Sunday, Katy Perry paid KAABOO tribute by performing a cover of a vintage ‘90s classic – Joan Osbourne’s “One of Us” backed by an acoustic guitar. It was a great showcase of her pure vocal talent before she jumped back into her infinite pop bangers. The show closed the pop superstar’s long-running tour in support of her latest album Witness. 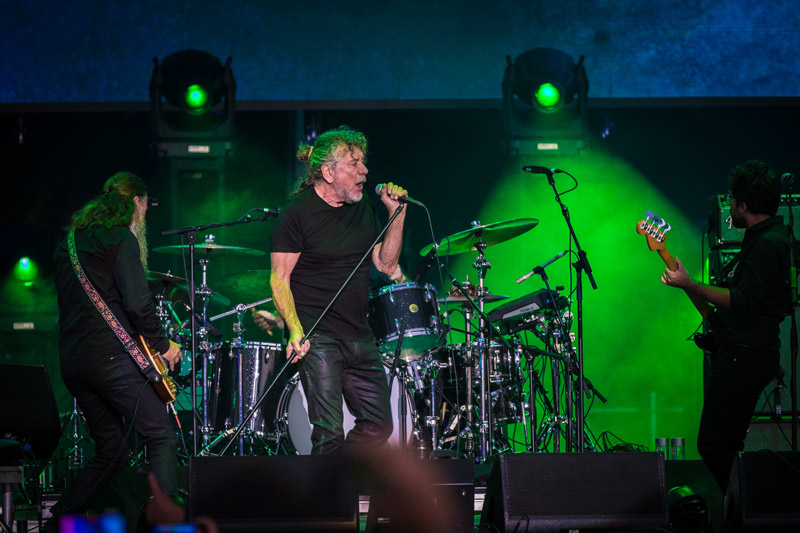 Prior to Katy, Robert Plant played a career-expansive set featuring his solo hits and many Led Zeppelin classics, from “The Lemon Song” to “Whole Lotta Love”, as well as a cover of Joan Baez’s “Babe, I’m Gonna Leave You”. At 70 years old, Plant can still hit most of the notes that made him a rock icon.

Another highlight of the festival was the food. The iconic Spicy Pie was available, but so was food from top chefs like Marc Forgione, Michelle Bernstein, and Richard Blais. My favorite eat was the dumplings from Bling Bling Dumplings; they were delicious.

No longer will the older demographic be ignored at music festivals. The success we’ve seen at BottleRock Napa in northern California has been duplicated by KAABOO Del Mar. It’s about time they get their just due. 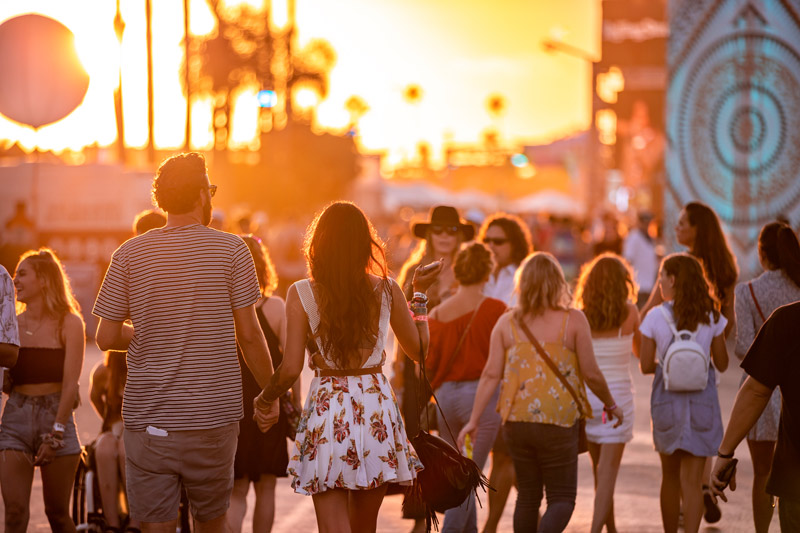