Once again, Utrecht has been host to what is, arguably, the best festival in Northern Europe.... 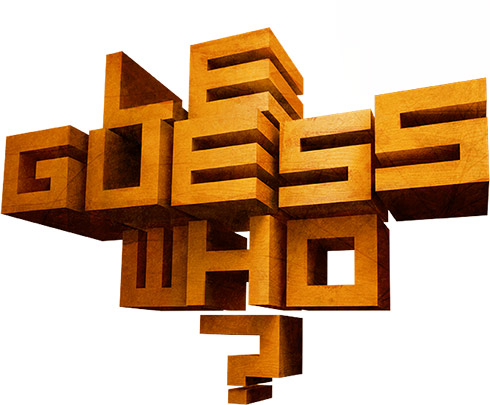 Once again, Utrecht has been host to what is, arguably, the best festival in Northern Europe, Thursday-to-Sunday, November 19th-22nd. Yes, there are bigger venues and bigger names, but the care and attentions displayed by the organizers on the Le Guess Who? is unparalleled anywhere in this area of the old continent. 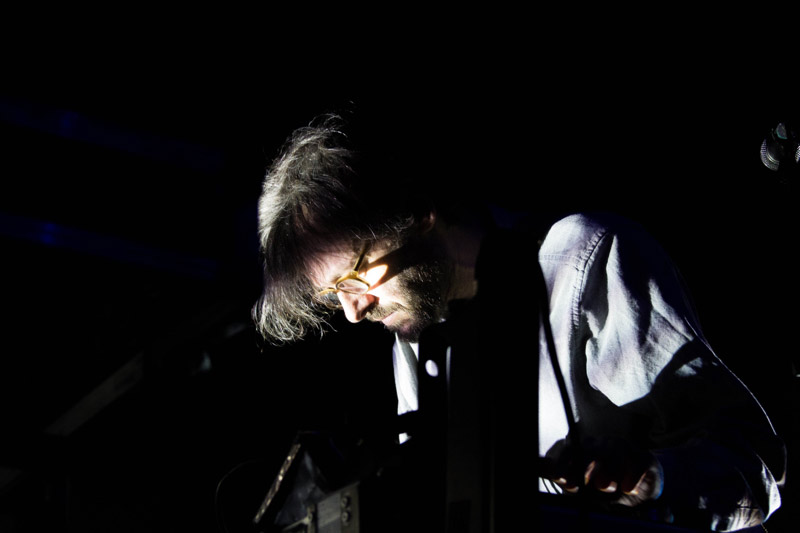 Just like in 2014 with Einstürzende Neubauten (QRO photos), the Big Ballroom opened the festival this year. And with another German combo, as well. The Notwist still apply their unmistakeable formula of starting a song the way they do on record, but you never ever know how it is going to end. It doesn’t matter if it’s an indie number such as “One With The Freaks” or a more electronics track like “This Room”. The band transforms them into a wall of rhythm, melody, beats and sound with a power rarely seen live. Astonishing. 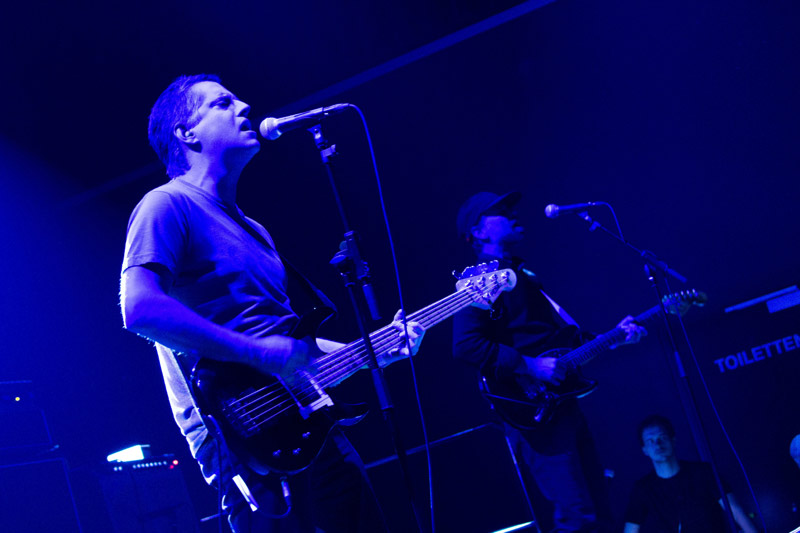 Canadians Avec le Soleil Sortant de Sa Bouche (Tivoli Pandora) had a clear message: Be yourself, live, enjoy life – all in line with the recent and dreadful Paris attacks. The quartet displayed a well-cared ability to extend songs and morph them to engage with their audience. The enthusiastic reaction was proof they got it all spot-on. 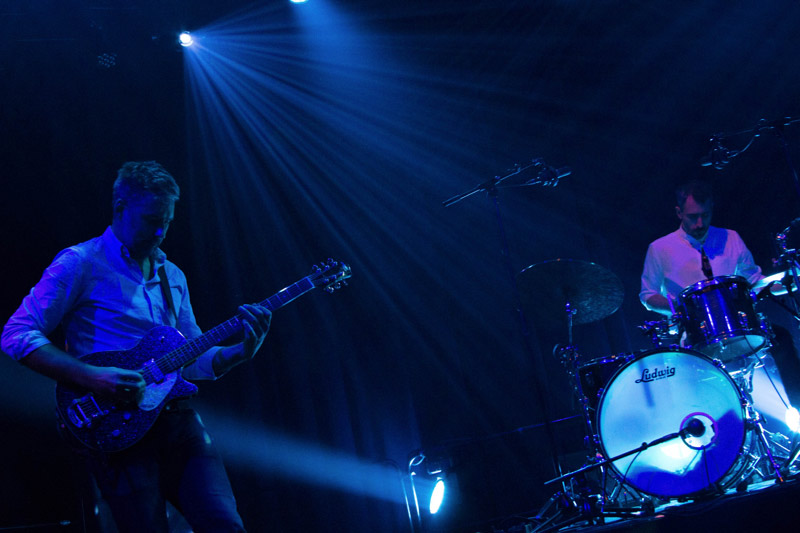 The night ended in the same venue with Last Ex. Both members come from Canadian band Timber Timbre, and their atmospheric, minimalistic and imaginative music was a real surprise. Cinematic, filmic, intriguing, the duo leaves the door open to pursue almost any kind of style they want, after releasing their first and eponymous work.

Elsewhere, Julia Holter filled the Janskerk with her enthralling electropop that congregated a massive audience (we’re talking about a church here), whereas Faust exposed their quirky, clumsy krautrock in the Big Ballroom, but the result didn’t seem to be as effective as before. 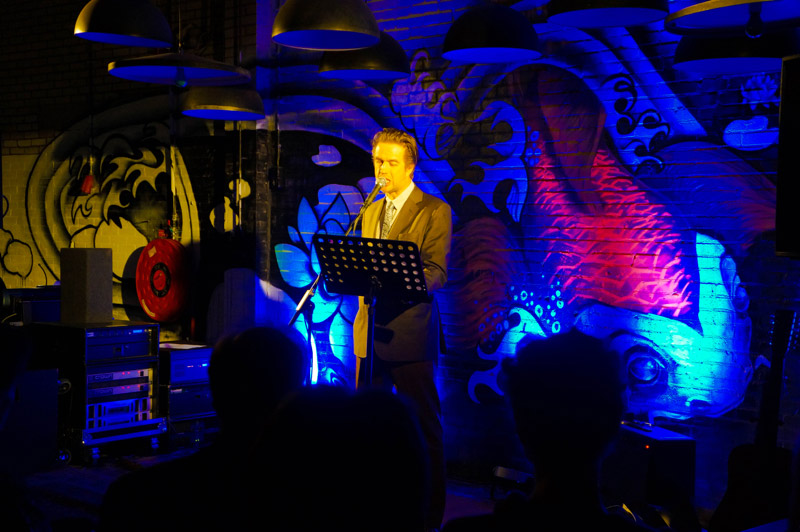 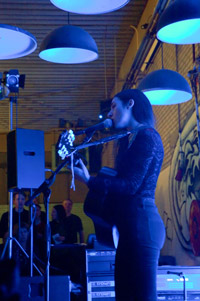 The Janskerk was the ideal place for Mirel Wagner. The Finnish singer-songwriter played pearls of her repertoire such as “No Death” or “Oak Tree” with, maybe, not the same intensity as in some previous gigs, but with such a solid demeanour, she became one of the unmissable artists in this year’s LGW?

New venue, different artists. The Le:En is a restaurant close to the well-known Tivoli de Helling. There, Sunn O))) curated a special evening with Jolly Lad’s author John Doran, who read different chapters of his book to an excited audience. Right after, Marissa Nadler played no tricks and went straight for it with her acoustic guitar. Honest, sensible, fun, the Washington-born musician added the quality of the festival. 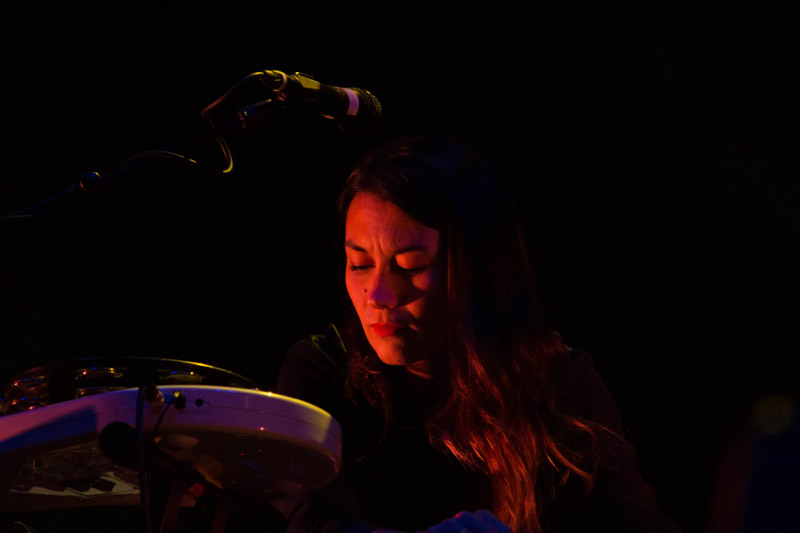 Back at the Tivoli Vredenburg, at the Ronda Room, The Besnard Lakes started with a couple of atmospheric numbers but quickly reverted to a kind of classic shoegaze (to name it somehow) that lacked punch, which was a pity. Later, Titus Andronicus connected from the go with the audience but their punk rock, seasoned with the inevitable touch of anthemic manners, seems totally out of place with what we watched up until that moment. 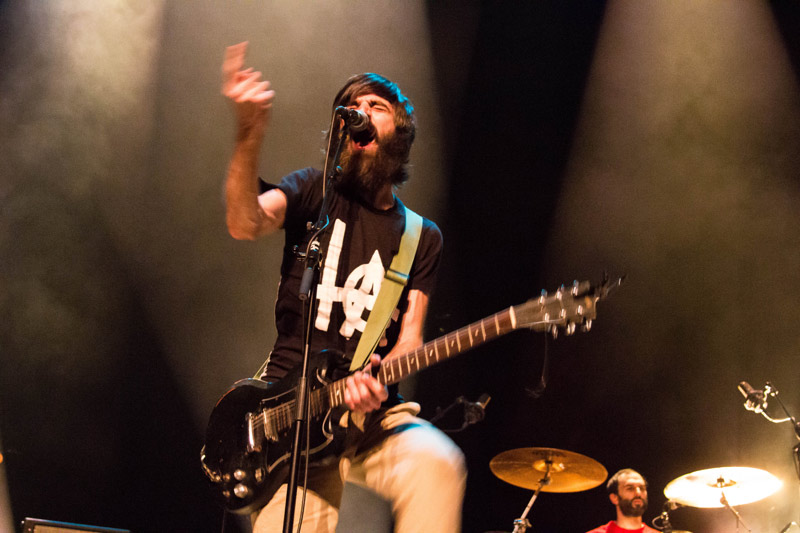 Ukrainian pianist Lubomyr Melnyk exposed his “Continuous Music” technique to an amazed audience, in the little and cosy Hertz room. One can think his optimism is a bit too exaggerated and that his music can be incredibly repetitive, but he managed to reproduce the kind of distortion you may find in some corners of the electronic music. And all that with a just piano and the help of pre-recorded track (done the same day) that helped widen his expressive narrative. You may not have him in heavy rotation in your MP3 player, but if you are into classical music, he may be the piece missing in your puzzle. 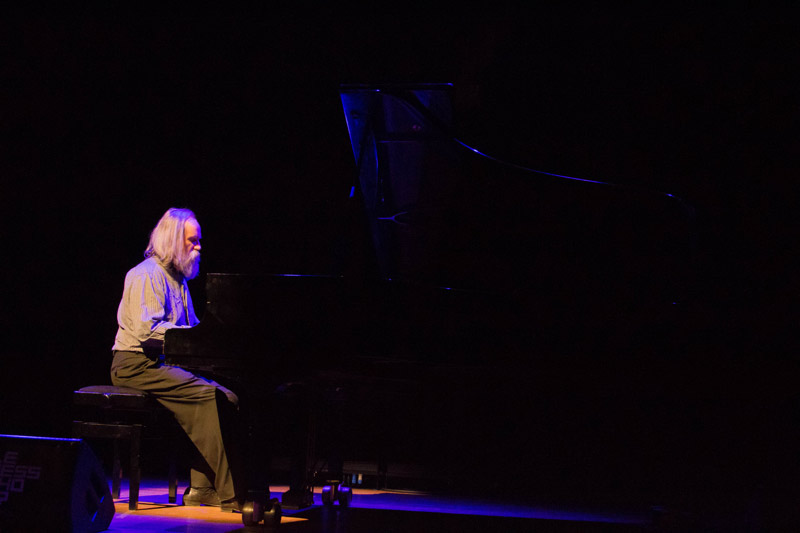 Elsewhere, Belgian combo Evil Superstars proved why they were one of the most influential outfits in the late ‘90s indie rock in Northern Europe, with classics like “It’s a Sad Sad Planet” and some of their darkest and less known songs, most of them kind of dark and brooding, following the most eccentric trail of the ‘90s dEUS; METZ completed yet another excellent gig; Viet Cong never really warmed-up enough to think that was one of their best performances; Josh T. Pearson said “It’s been a couple of years since I’ve been here. Since then, I ain’t done jack shit, except getting a haircut,” but then corroborated he’s still one of the best folk artists of the current generation; and A Place To Bury Strangers insisted in their trademark chaos and saturated noise, always effective, always blunt, always leaving you wanting more. 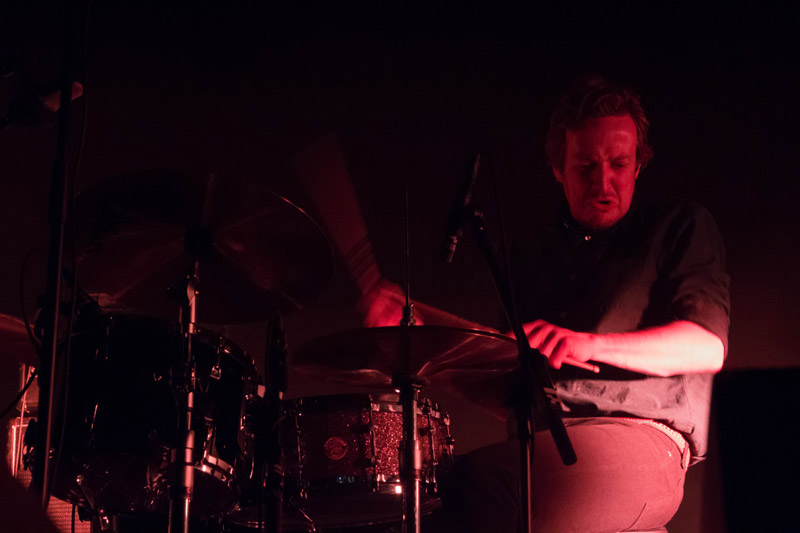 Destroyer opened the third day of the LGW? 2015 at Tivoli’s Big Ballroom. Never been a fan of the band and the gig they offered at the festival three years ago (QRO photos) was mediocre at best, but that’s only my opinion. Dan Bejar and co. are very appreciated in this area of the world and it showed during the hour the band had been allotted in. Parallel to Destroyer, last-minute replacement duo Dylan Carlson (from Earth) and drummer Rogier Smal did their best to fill with the time and space of the Ronda Room. In an experimental set the duo set themselves apart of the calmness of Carson’s mother band.

Magma was one of the highlights of the LGW? ‘15, even if it was because of their impeccable and shifting playing. A different and not so common take on prog-rock, the French combo surprised with their sheer ability and easiness to change and amalgam different styles and tunes. 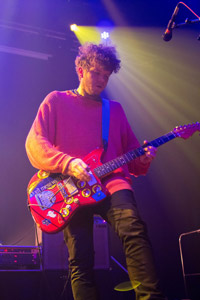 Shabazz Palaces represented the hip-hop exception in this year’s festival in the tiniest of places at the Tivoli, the Cloud Nine Room. But even his set wasn’t pure orthodox H-H, but a brave search in new textures and sensations, something not entirely enjoyable at first, but once you let yourself go, it can be very interesting. And the audience responded to that.

At the bigger Pandora space, Ringo Deathstarr offered their well-cared take on shoegazing, indie and noise. Their approach to the Jesus & Mary Chain is very interesting, but one wonders what could they do if they had a fourth member, as sometimes it does feel like they could go further but can’t. 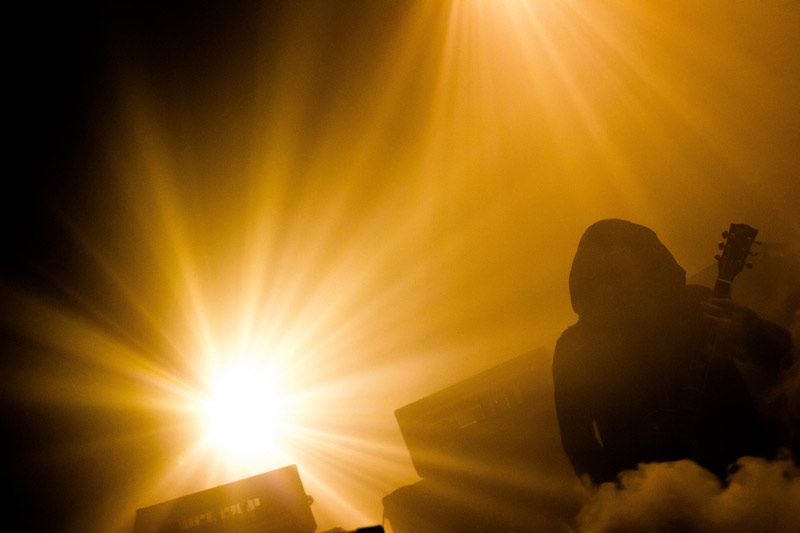 The shadow of Sunn O))) was looming all over the Le Guess Who? 2015, especially since they curated a good chunk of the line-up. Introducing their latest work, “Kannon”, their atmospheric trademark guitar sound – like a musical version of the WOW! Signal sent to space – is still there, obviously, but this time they were accompanied by a keyboardist/trombonist and a cellist. And over them, Sunn O))) relied in the middle section of the repertoire. The screeching sounds of the cello’s strings, plus the calm, smoky, jazzy yet somehow erratic playing of the trombone gave an eerie sensation of solitude, of maybe a deserted forest inhabited by spirits, unwilling to leave, unwilling to go.

And Sunn O))) achieved the same thing Stephen O’Malley did in 2014, when he played solo at the Pandora: to make everybody feel like a part of something unique.

Elsewhere, saxophonist Kamasi Washington was one of the most anticipated acts of the LGW? ‘15, thanks to his steamy jazz and punchy sound, that also allows his band to show their prowess, like the old masters did; Bo Ningen showed their teeth yet again, showing they’re still one of the best live acts in Europe; and at one of the new venues, Loscil became the master of the minimalistic electronica. 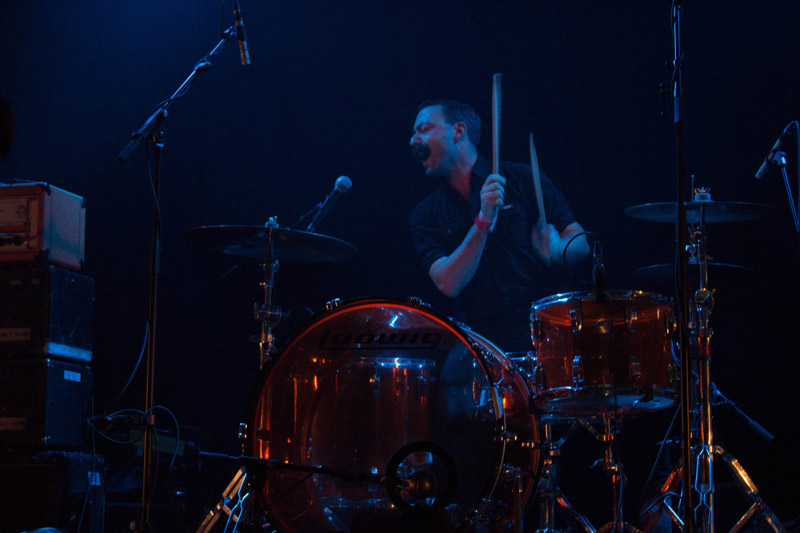 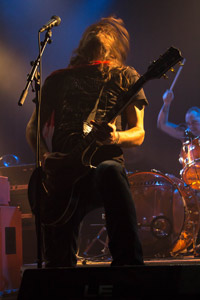 Sunday Funday, as they say, and the last day started with one of the Sunn O)))-curated bands at what somebody called “The Metal Territory”, the Tivoli de Helling. The arid, tense, sometimes hysterical, sometimes corrosive metal of Big/Brave made them a real surprise. Have you ever thought about what would’ve happened if Björk would’ve gone metal and hadn’t made “music for restaurants” (Diamanda Galás Dixit)? Go no further: Big/Brave.

Right after, Swedish quartet Martyrdöd exposed their extremely fast metal with incredibly high precision. The men of singer/guitarist Mikael Kjellman are the vivid image of the good health on the Nordic metal scene. 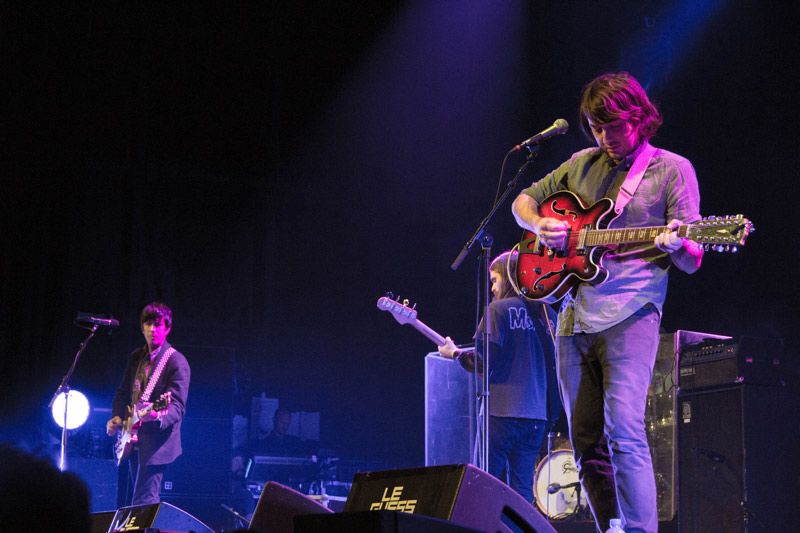 Back at the main Tivoli building, Mikal Cronin made a very rare live appearance. Joined by a string and a horn section, the Californian evidenced his refreshing garage pop (sort of) is as good live than it is on record. It all seemed pretty effortless and everything clicked from minute one. 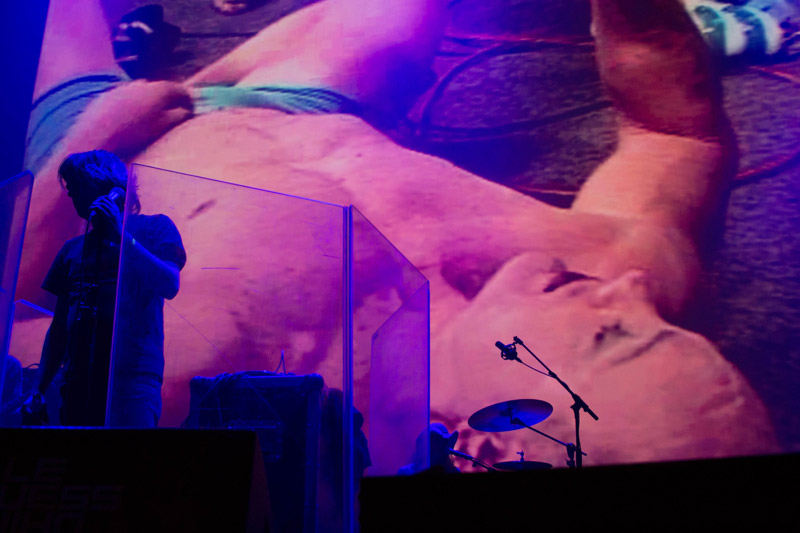 Ariel Pink is eccentric. At least, that’s what you can see from the beginning. But, nevertheless, his pop sensibility makes him ideal for many occasions, even if the overall result is somehow lacklustre. The same can be said about Jacco Gardner.

Following Ariel Pink, and still at the Tivoli Ronda, The Pop Group completed one of the most interesting comebacks of the last years. It is easy to understand where bands like Bloc Party or Franz Ferdinand come from (at least partly). A solid set with gems such as “She’s Beyond Good and Evil” and Mark Stewart’s energy and involvement make them as contemporary and up-to-date as they were in the late ‘70s. 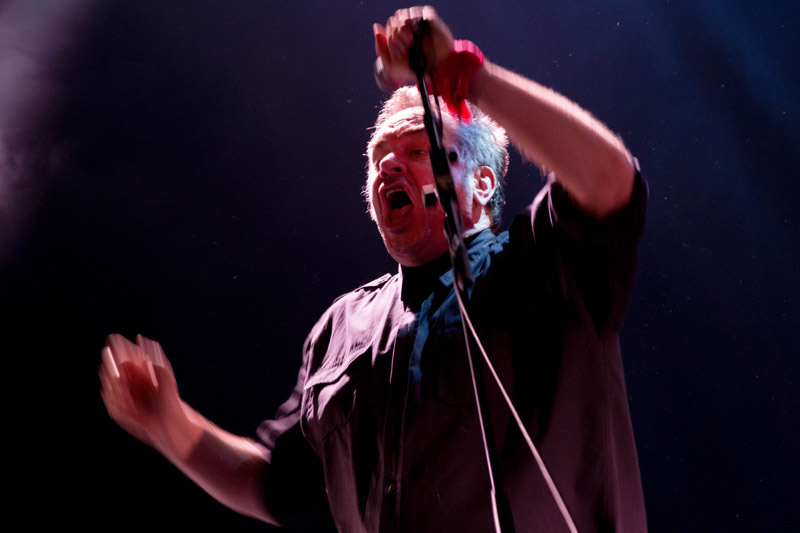 Os Mutantes and Dungen were like two sides of the same coin: hot tropical psychedelia from the formers, cool and rocky from the latters, two ways, two sounds, two approaches to a living genre. Both worthy.

And even there was a DJ set by The Numero Group afterwards, Deerhunter closed the LGW? 2015. A band you find it difficult to find new adjectives for, Cox, Pundt and co. played a somehow mellow set that, nonetheless, saw a member of the audience dislocate his shoulder at the third song! The excellence of the band was evident again and in a Le Guess Who? of contrasts, one couldn’t imagine someone better to end fours days of live music.

In 2016, the Le Guess Who? Festival will be ten years old. Wilco have already been announced as headliners, so we already have a reason to travel back to Utrecht.

The Zombies – Still Got That Hunger