The desert heat was in full effect this weekend in downtown Las Vegas for the sixth-annual Life is Beautiful Festival, September 21st-23rd. Temperatures soared to 100 degrees all three... 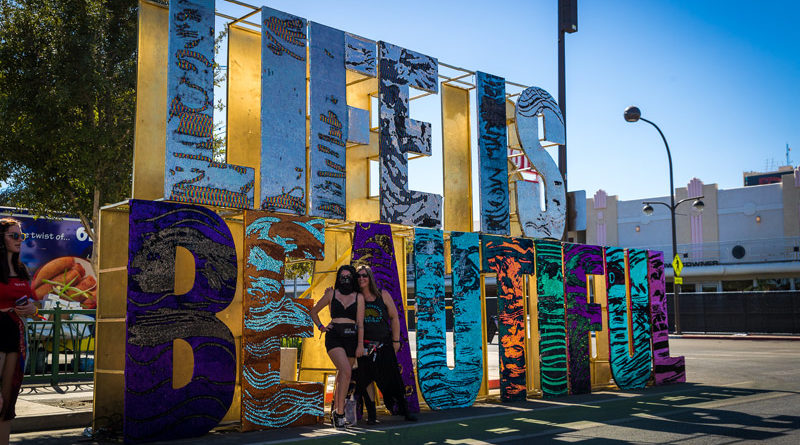 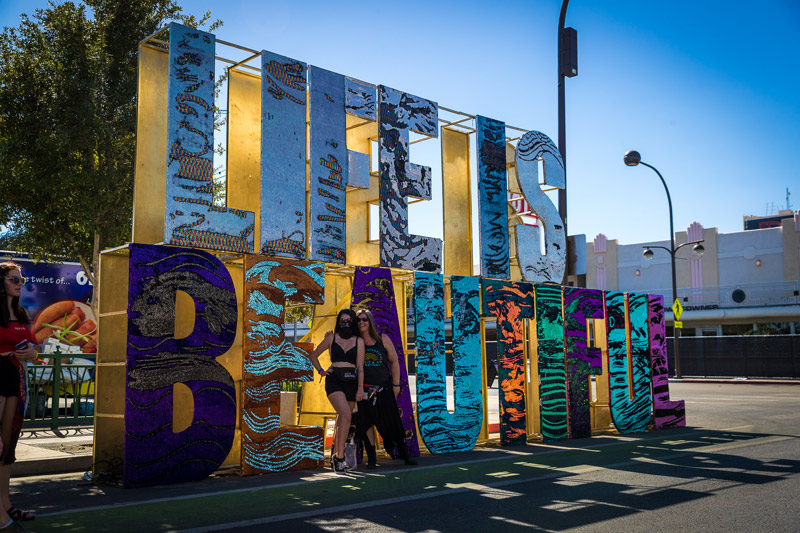 The desert heat was in full effect this weekend in downtown Las Vegas for the sixth-annual Life is Beautiful Festival, September 21st-23rd. 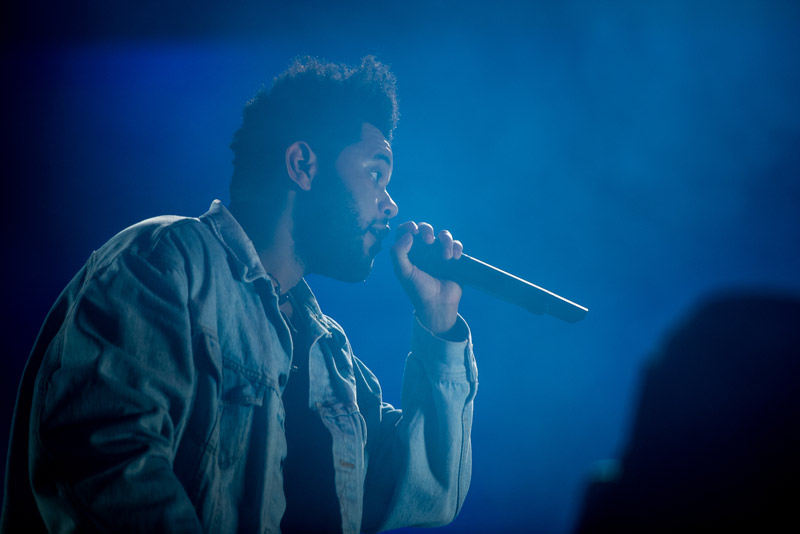 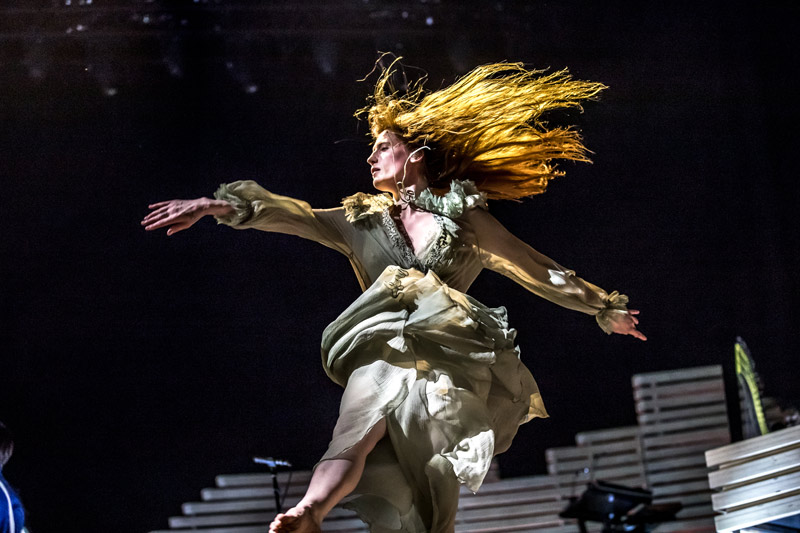 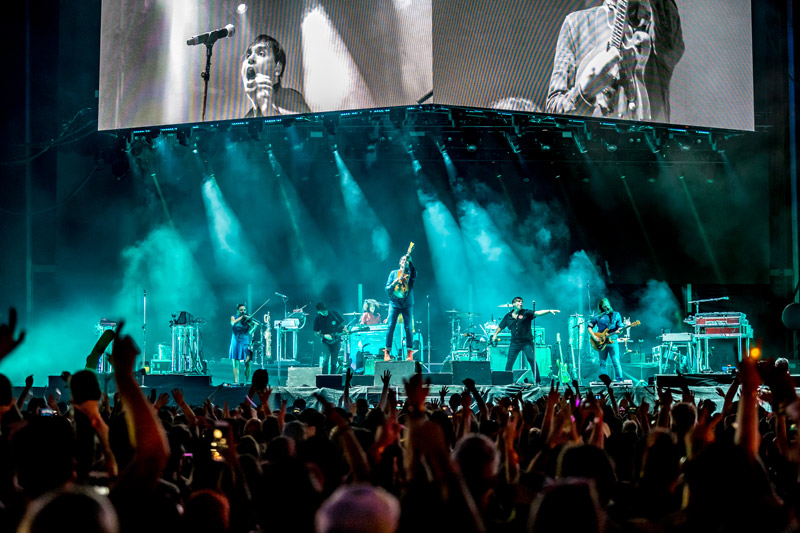 Temperatures soared to 100 degrees all three days, and even when the sun came down hovered around 85 degrees. Scorching performances from Arcade Fire, The Weeknd, and Florence & The Machine headlined the bill, with a number of big-name sub-headliners like Justice, DJ Snake, Travis Scott, and more highlighting the bill. 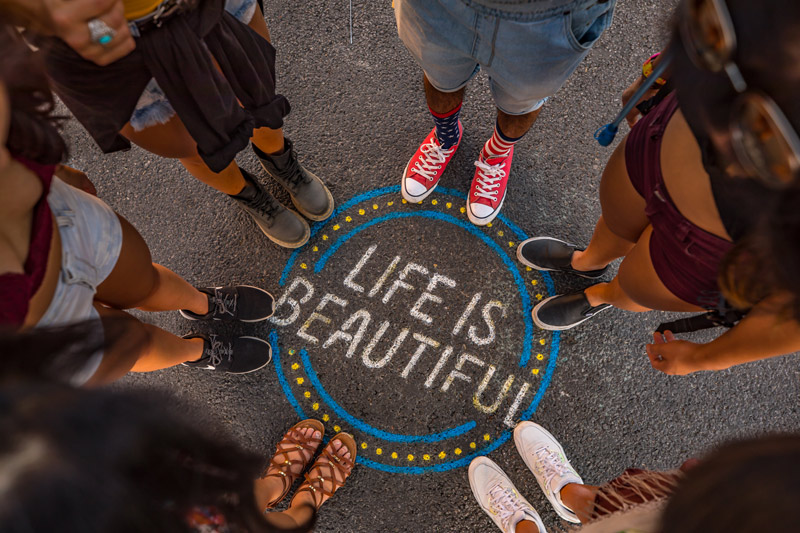 A couple years into its existence, it was up in the air whether or not Life is Beautiful would continue after poor attendance. But the festival celebrated its second straight sellout of three-day general admission tickets this year and seems poised to reign supreme in Las Vegas for many years to come. 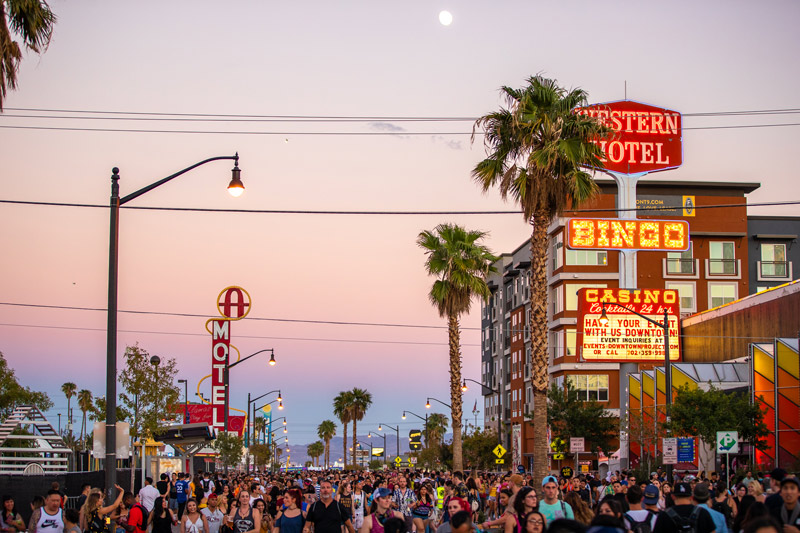 The festival does a great job of incorporating the uniqueness of taking place in downtown Las Vegas. Many people who visit Las Vegas from all over the world stick to the main Strip and never make it downtown. This festival does a good job of endearing people to the area that they may have never checked out before — downtown Fremont Street. 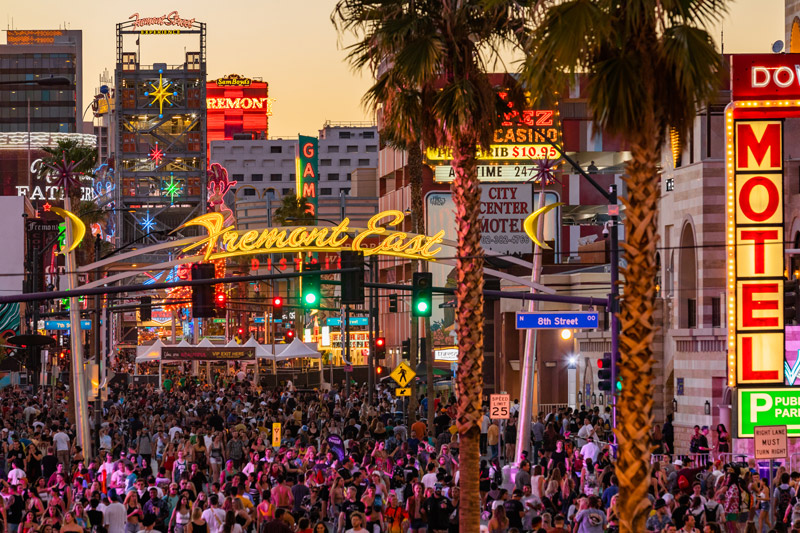 Life is Beautiful takes place in the city streets. It’s a good boon for the local businesses within the festival, especially the bars. Atomic Liquors provided some stiff drinks and much-needed air conditioning throughout the weekend. 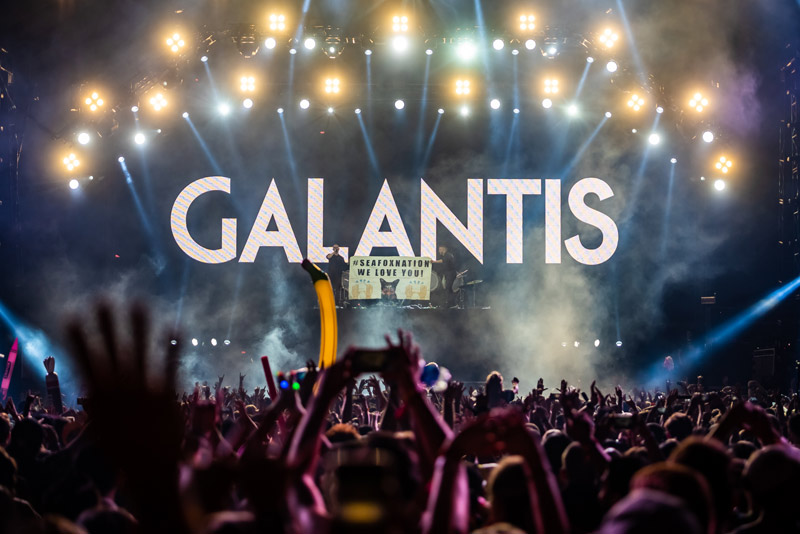 The production of the festival keeps getting better and better every year. Now every stage has a video screen, and the electronic-heavy Fremont Stage’s production rivals that of many top-tier festivals. The lighting and lasers during sets from Alison Wonderland, Galantis, and others were enthralling. 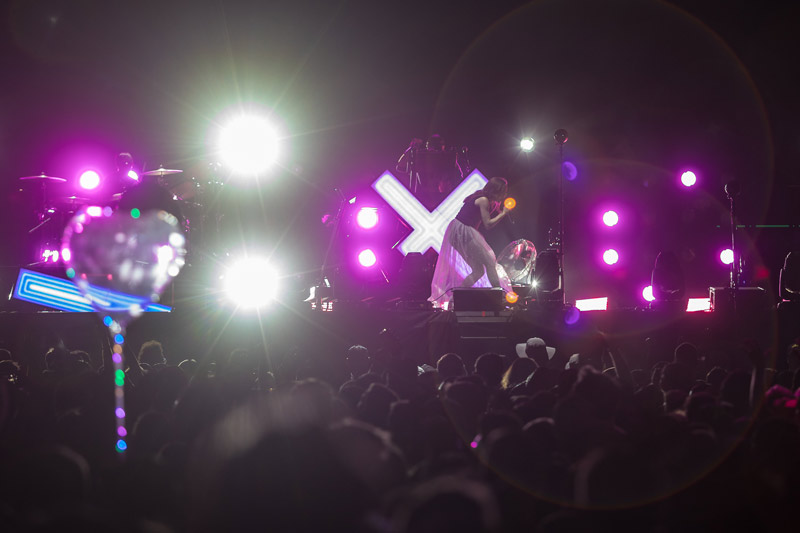 The sound could be better. During CHVRCHES’ set on the main stage Friday, you could barely hear lead singer Lauren Mayberry’s voice over the thumping bass. At the Bacardi Stage that same night, Death Cab for Cutie dealt with technical difficulties throughout their set (though still managed to do a great job). 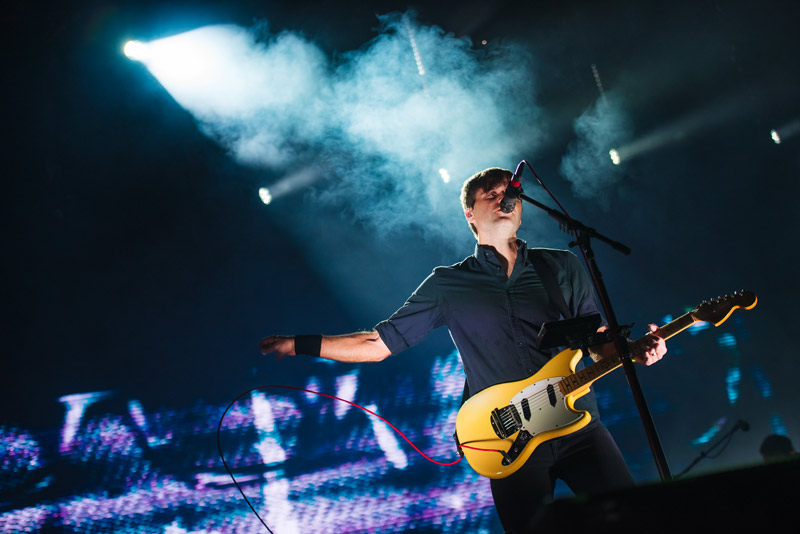 The food was delicious. My favorite was the Cousins Maine Lobster truck, particularly the lobster quesadilla. It was so good that I offered a complete stranger a bite of mine because I had to get them to buy one.

There were a lot of standout sets on the undercard. The best dance party happened during JUNGLE’s set Sunday night that competed with headliners Arcade Fire and DJ Snake. The Fremont Stage wasn’t nearly as full as it had been the previous two nights at this time, but that just meant more room for dancing. The whole tent was shouting along to JUNGLE’s neo soul bangers and there were dance circles everywhere. 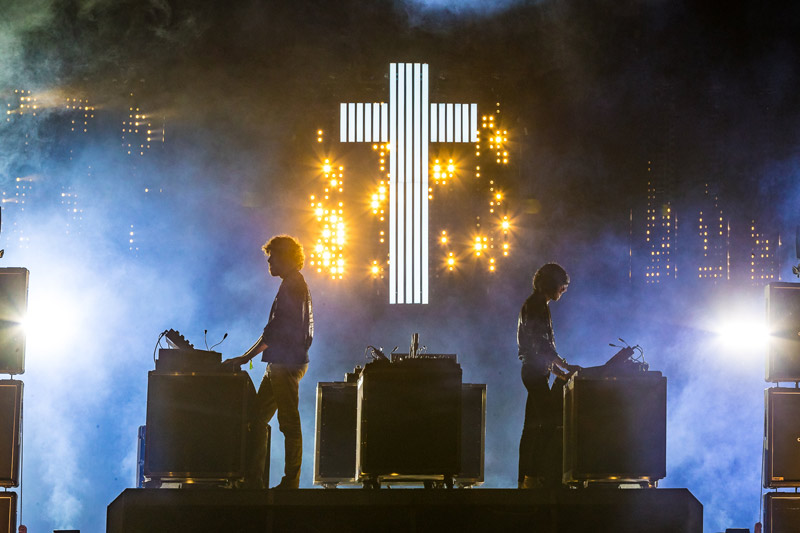 Justice’s performance on Friday night was also fantastic. They might be the closest we will get to seeing Daft Punk — they just put on that kind of show. Their production kept pace with their fast-paced sound and it was one of the favorite sets of the weekend by most attendees. 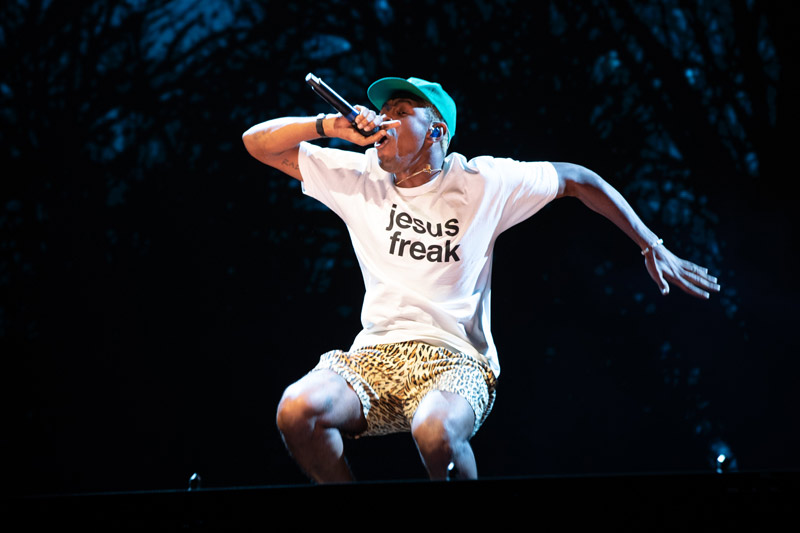 Tyler, the Creator delivered a killer set Sunday night. He’s a rapper who actually raps every bar of his songs and doesn’t rely on a vocal track to do all the heavy lifting. He had the energy in the crowd sky high. His banter was hilarious, even telling the crowd they were idiots for getting ready to mosh to one of his sad boy rap jams. 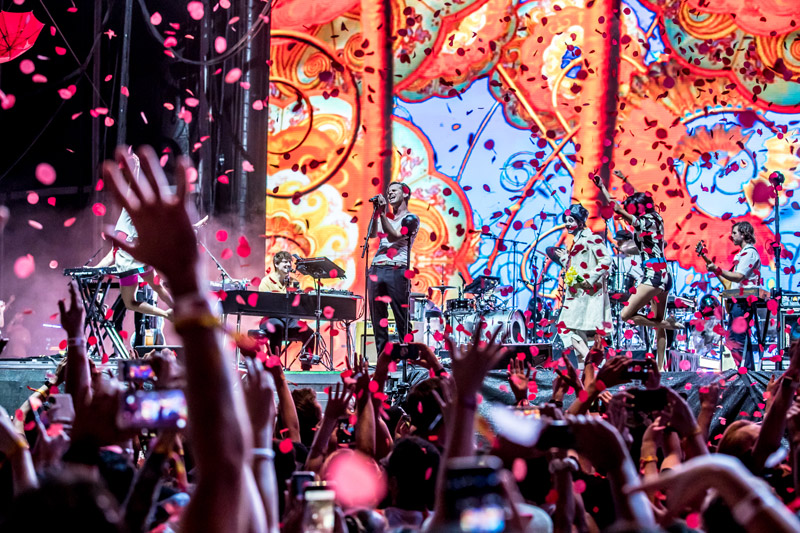 Foster the People tied together some of what Las Vegas has to offer closing out their performance Saturday night. They played a cover of “Hey Jude” and brought out Cirque du Soleil for the closing moments. 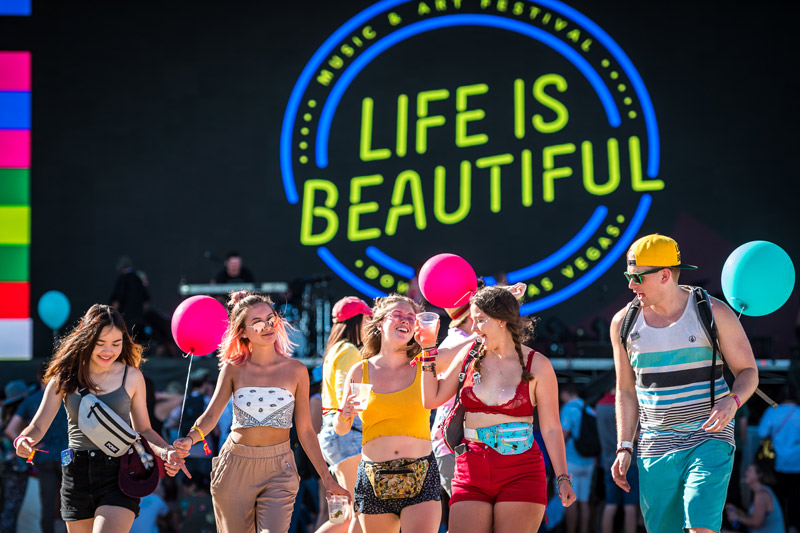 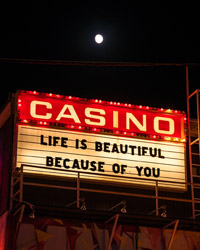 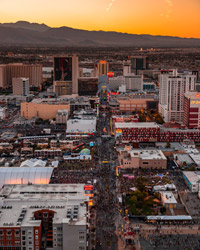 What brings a lot of people back to Life is Beautiful year after year is the great vibes. The crowd is generally laid back compared to festivals like Coachella. This year the festival definitely leaned towards a younger demographic based on the lineup, but the youth was pretty respectful compared to many city festivals I’ve attended over the years.

It will be interesting to see the direction the festival moves in from here. Will the lineup continue to trend towards mainstream artists as they continue to sell all their tickets? Who can blame them when they’re having this kind of success. 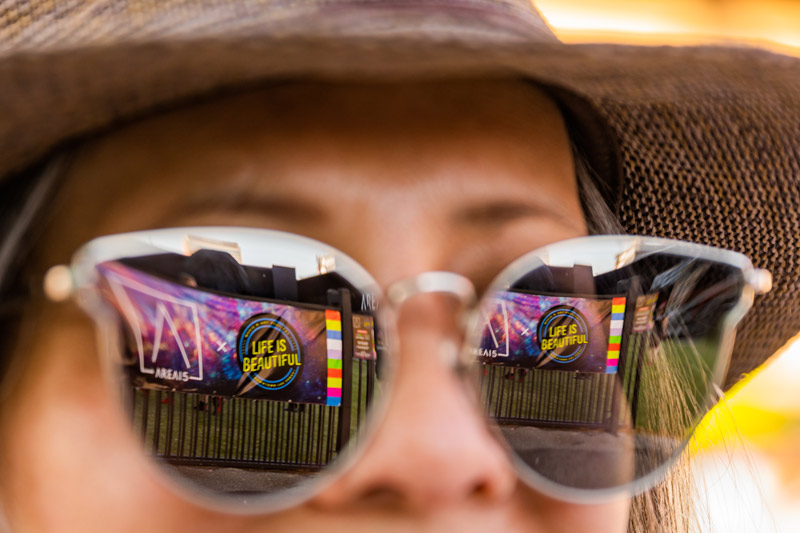