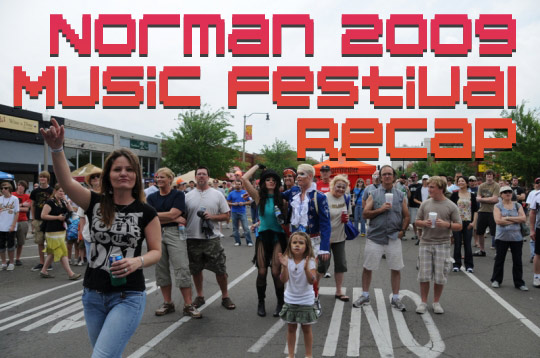 While the Main Stage was feeling the indie-folk of Stillwater's Sheree Chamberlain in the early afternoon, the Jägermeister 2nd Stage had the sacred steel ensemble of The Lee Boys all the way from Miami: 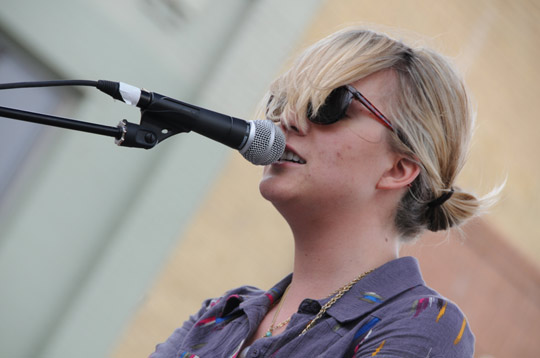 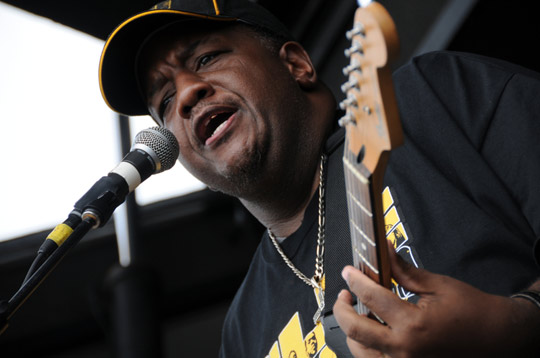 Indie-rock went high and classical with the multi-instrumentalist Other Lives, while Norman's own Stardeath and White Dwarfs did it experimental: 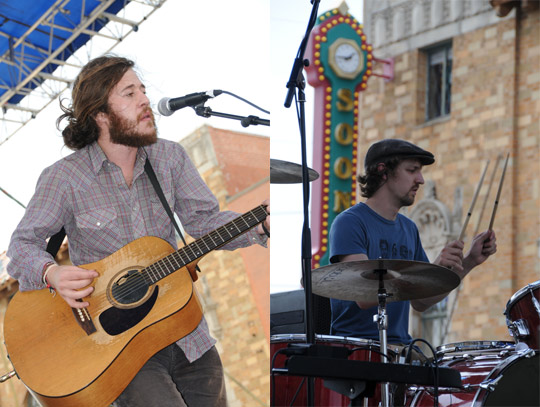 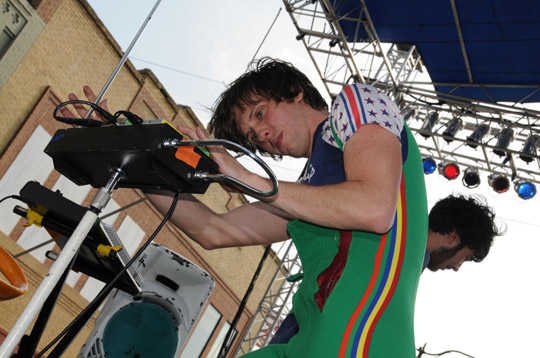 Still best known for singer/guitarist Dennis Coyne being the nephew of Wayne Coyne, the singer of Norman's best-known band, The Flaming Lips (QRO live review), Stardeath are making a name of their own, albeit through the Lips's tried & true stage show, including a jumpsuit & a colored smoke-maker right on the head of the guitar: 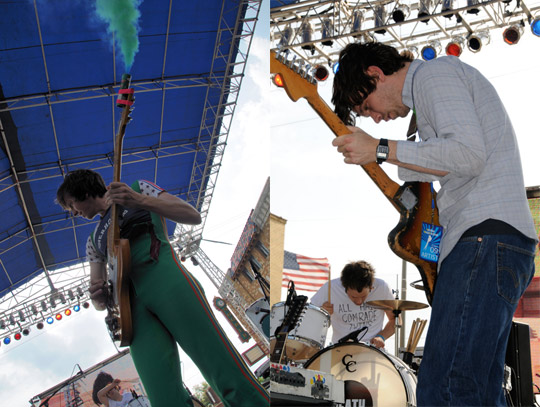 And it's not like Stardeath, or Norman, avoided it – many people (including Dennis Coyne) wearing either communist insignia or "Mother Fucker", because, after the people of Oklahoma voted The Lips' "Do You Realize??" the state rock song last month (take that, Kansas – the state & the band!), Wayne Coyne said "Mother fucker" and Lips' Michael Ivins wore a communist shirt at the announcement ceremony.  So the state's House of Representatives refused to approve the designation – but Governor Brad Henry issued an executive order confirming the new state rock song (take that, Governor Kathleen Sebellius of Kansas – or, as of yesterday, Governor Mark Parkinson…): 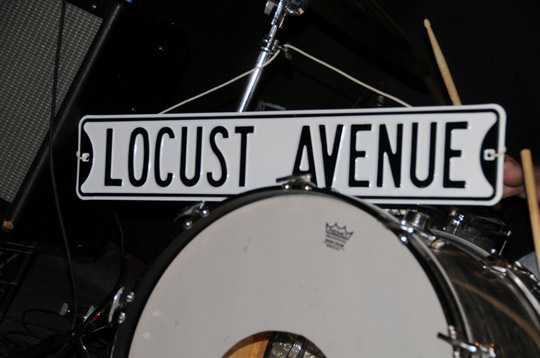 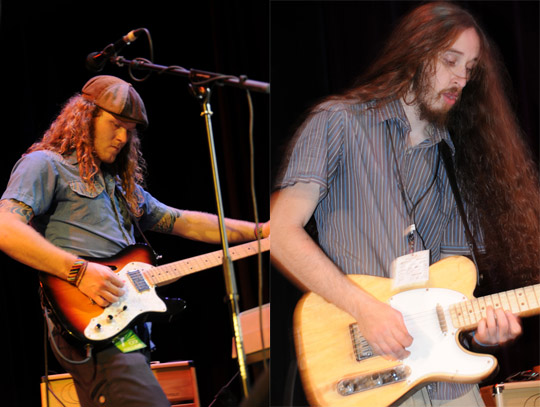 As the skies got a little darker, the Main Stage cranked things up with Philadelphia's outrageous 'Viking-vaudeville' collective Man Man, including donning warpaint and trash bags: 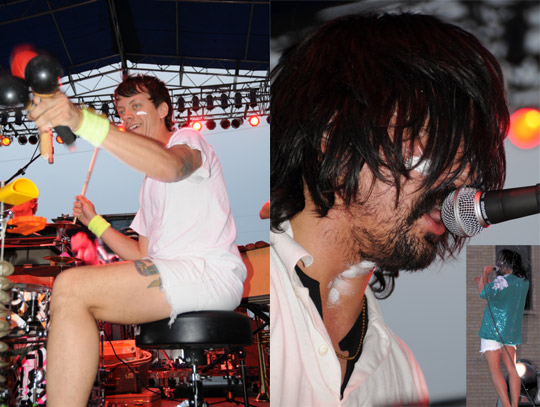 There might not be a crazier live band out there today than Man Man – hearing "The Ballad of Butter Beans" on their latest, Rabbit Habits (QRO review) just ain't the same as seeing it live (QRO video). 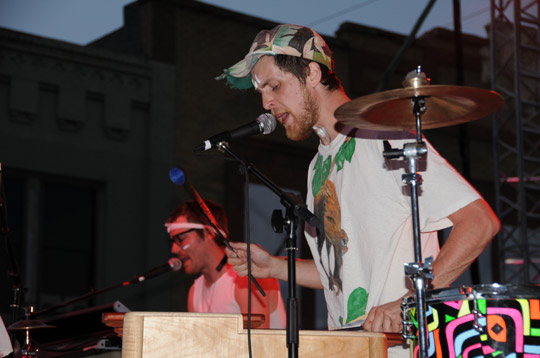 Meanwhile at the Jägermeister Stage, seminal outlaw cowboy Billy Joe Shaver didn't let his years get to him – no on-stage heart attacks (no shooting anybody in the face, either, though…): 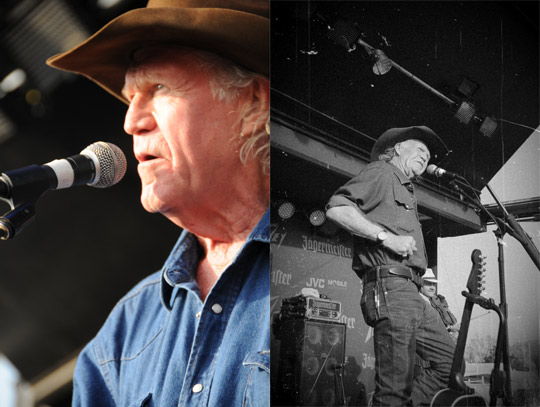 Extra-impressive on the Main Stage was Sugar and Gold.  The San Fran electro-dance outfit came to Norman in the midst of their tour opening for of Montreal (see below), but wowed all on their own: 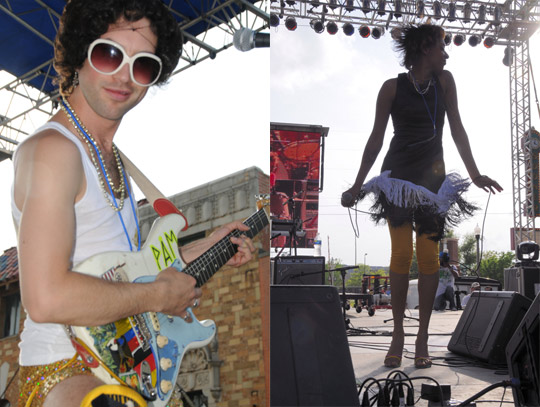 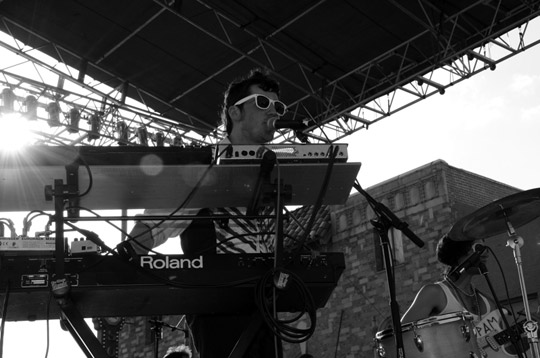 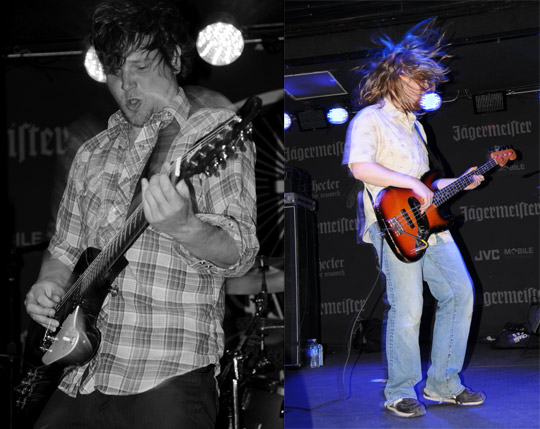 And headlining the whole kit-and-kaboodle was the eye-opening of Montreal.  Kevin Barnes' entry in the sixties-shining Elephant Six Collective embrace the decidedly freakiest aspects of that decade on 2007’s Hissing Fauna, Are You the Destroyer? (QRO album review), last year’s Skeletal Lamping, and at Norman: 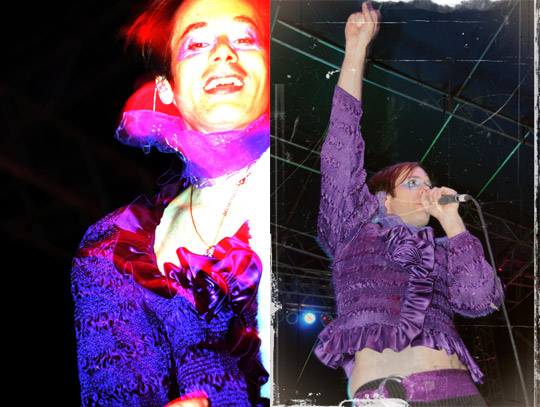 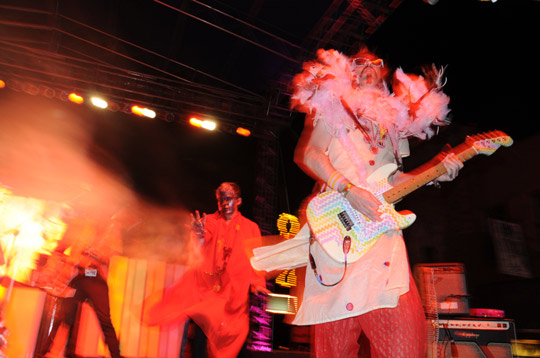 What other stage show features not just smoke & lights & feather boas, but masks that run the gamut from costume ball bacchanalia to giant parrots to gas-mask preparation for the end of the world (as the swine flu creeps north…)?: 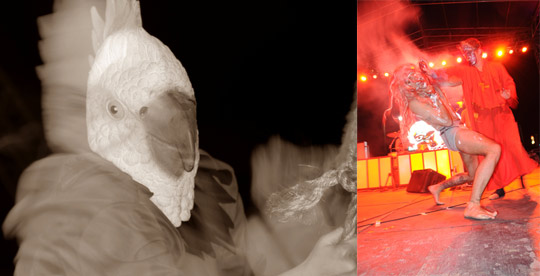 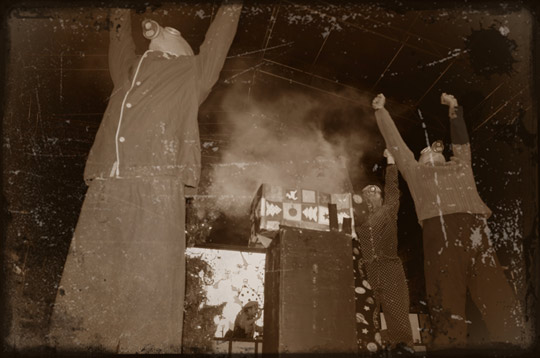 While other music festivals have canceled or gone mainstream in these tough economic times, the Norman Music Festival expanded in every way in its second year.  The only question now?  Where can it go from here? 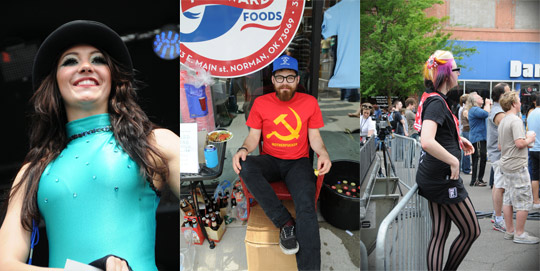 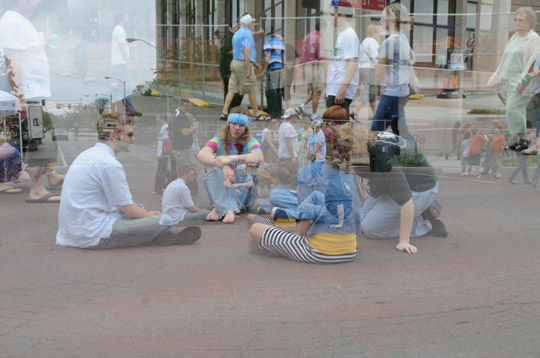