The last day of activity was a flurry.  Early to the Convention Center for Robbers On High Street, then lunch @ Magnolia Cafe, and on to more shows.  The night ended up very solidly with Sharon Jones, Blanche, and Junior Senior.  After that, our feet just couldn’t take any more awesomeness. 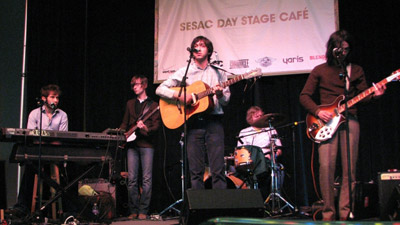 The final and perhaps most solid set they played.  Lead singer Ben took advantage of the cordless microphones and stretched his legs out by walking about three feet from his original spot.  Keyboardist Jared even rocked a melodica while Ben played the organs.  All-around great set.

Basically opening for Sharon Jones, The Budos Band blared their trumpet, sax, and baritone sax throughout a jazzy funk set to a engrossed crowd. 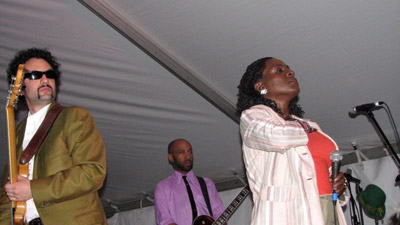 Melancholy acoustic set that was pretty soothing after such a long, hectic week. 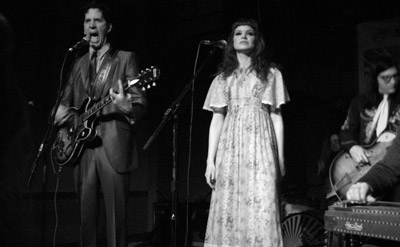 Great alt-western group from Detroit featured Little Jack on banjo.  The slide guitar was beautiful too.  They feel like something from the ’50s, but sound like nothing else.

Packed crowd felt the high energy, uber-gay electrodisco set.  Finished with “Move Your Feet”, which everyone in the club was doing.