<img src="http://www.qromag.com/wp-content/uploads/2011/10/feistmetals.jpg" alt="Feist : Metals" /><br /> While you can't predict exactly how Top 10 lists will trend, an educated guess shows that Feist's effort will certainly be quite... 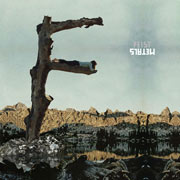 Although September only just ended, critics and music fans alike are putting together their lists of the top albums of 2011.  There are plenty of artists who put out phenomenal works this year and it’ll only be a matter of time until questions like “How far up the list is [Radiohead’s] The King of Limbs (QRO review)?” are answered.

While you can’t predict exactly how Top 10 lists will trend, an educated guess shows that Feist’s effort will certainly be quite the contender.

“The Bad in Each Other” opens the album with an indie-folk, toe-tapping anthem.  It’s a strong start and the album certainly doesn’t drop off from there.

This album is very much like Feist’s 2007 breakthrough, The Reminder (QRO review), in that there are many styles and ideas used in the creation of this album.  It was evident by the piano-heavy single “How Come You Never Go There” and the mysterious video clips evident on her website that this album would be more versatile than her previous works.  But the former Broken Social Scene (QRO spotlight on) member shows her true colors on this album.  Expect to hear this in trendy coffee shops everywhere.