<img src="http://www.qromag.com/wp-content/uploads/2010/02/fieldmusicmeasure.jpg" alt=" " />The brothers Brewis return as Field Music, and make all the wrong moves. ... 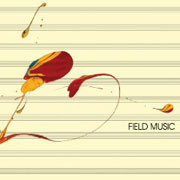 Sunderland, U.K.’s Field Music got a lot of attention with their sweet, if underdeveloped, ditties on their 2005 self-titled debut, and for 2007’s follow-up, Tones of Town (QRO review), those ditties has some halting development, in ways both right & wrong.  However, following Tones, Field Music went on hiatus, as brothers David and Peter Brewis did their own solo side-projects (School of Language and The Week That Was, respectively).  They finally dispelled rumors of the death of Field Music when they reunited last year (though minus the other core member of the band, Andrew Moore), and now are out with (Measure).  Unfortunately, the brothers Brewis went in all the wrong directions, choosing to go fully with the up-psych bells & whistles of Tones‘s worst tracks, while adding in unneeded tempo changes, nauseating rhythms, and too much more.

For at least one positive note, (Measure) starts off all right.  Opener "In the Mirror" is a kind of psych-lite procession that’s not inspired, but also decent enough.  The up-psych folk-rock of back-to-back early pieces "Measure" and "Effortlessly" are relatively pleasing, especially the title track’s strings, though even there, you keep wanting Field Music to do more with it.  But pretty much from second song & single "Them That Do Nothing", (Measure) is marred by unneeded tempo changes.  And where there is a beat, like on psych wa-wa "Clear Water", it’s one that could make you ill.  Think of the self-indulgent rhythms of seventies psychedelica and funk, and you’ll get the feel of what’s wrong with the dark/sad psych of "Lights Up" and "All You’d Ever Need To Say".  The forgettable psych-remove of middle track "You and I" is a relative oasis.

Click here for photos of Field Music at Brudenell Social Club in Leeds, U.K. on February 20th, 2012 in the QRO Concert Photo Gallery

Click here for photos of Field Music at 2011 Primavera Sound Festival in Barcelona, Spain in the QRO Concert Photo Gallery

Click here for photos of Field Music at Koko in London, U.K. on November 23rd, 2010 in the QRO Concert Photo Gallery

But it was coming after "Let’s Write a Book", whose psych has xylophones and the cheesiest of eighties synths, before going back a decade into wa-wa.  In the second half of (Measure) has some new, not good styles.  "The Rest Is Noise" for some reason combines a bright and growing stab at Billy Joel piano with psych guitar, trying to sound both epic and fun, and doing neither.  It slides right into "Curves of the Needle", which tries to tell a story mixing stripped and psych-big in an almost laughable way.  Sixties/seventies ‘up with life’ folk harmonies come in with "Choosing Numbers", which is also where unneeded tempo changes are brought back, to mess with that piece and subsequent ones such as "The Wheels Are In Place", "First Come the Wish", "See You Later", and "Something Familiar" (psych-folk retread "Precious Plans" is another oasis of forgetability).  It all comes together with the nauseating rhythm and thin vocals of psych & funk marriage "Share the Words".

The twenty-song (Measure) was already way too long, but how does Field Music end it?  With the nearly ten minute-long instrumental "It’s About Time", which encompasses psych, strings, nature sounds, silence, background noises – when it goes into silence midway through, you think it’s over, but it’s not.  By the end, one can’t even muster the energy to make a pun about the song’s title and its length.

If Field Music got too much attention with Field Music, at least Tones of Town had some promise in pieces like "In Context" and "Closer At Hand", where they actually developed their nice harmonies, instead of playing them over and over again, with bells & whistles on top.  But in all that time away from the Field, what did the Brewises do with their Music?  They decided to go into the psychedelic bells & whistles direction of Tones‘s poor opener "Give It Lose It Take It", and sunk from there.  One struggles to find any of the nice nuggets that once gave you hope, lost in awful rhythms & tempo, psych-wankery, failed retreads, some ridiculously bad moments, and much too much more.