<img src="http://www.qromag.com/wp-content/uploads/2010/12/filmschoolfission.jpg" alt=" " />Film School's <i>Fission</i><span style="font-style: normal"> is an endearing, enjoyable record, even if it not a truly remarkable one for the shoegaze genre.</span> ... 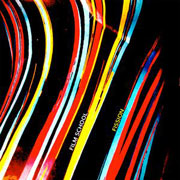 Recently, shoegaze has been making a comeback of sorts.  Originally a sound from Great Britain (what sound isn’t?…), the airy alt-guitars and effects had its heyday in the early nineties, inviting the listener less to dance than to experience the atmosphere.  In today’s indie world, shoegaze has come back via other channels, whether the out-and-out atmospherics of electronica & chillwave, or the lo-fi sweetness of some garage-rock.  San Francisco’s Film School hew more to the latter than the former on Fission, an endearing, enjoyable record, even if it not a truly remarkable one.

Opener "Heart Full of Pentagons" establishes Film School’s sound from the start, and indie-air/expanse/fuzz that isn’t too up there.  However, the rest of Fission never quite matches "Pentagons".  There’s some strong stabs with speed, such as the following "When I’m Yours", which is sort of an alt-road version of Film School.  Garage-fuzz gets showcased on the subsequent two "Time To Listen" & "Waited", plus later track "Distant Life"; the first two are difficult to tell apart, save for "Time" having female vocals from bassist Lorelei Plotczyck, while "Waited" from founder/songwriter Greg Bertens – "Distant" does it all better.

However, when Film School delve into the indietronic side of the loafer-looker, Fission just doesn’t spark as well.  "Direct" is anything but, while the following "Still Might" is too synthy, and closer "Find You out" is nice, but only nice.  Between the first two and the last, Plotczyck’s airy vocals on "Sunny Day" don’t quite match the run-of-the-mill guitars, but the up-there guitar refrain to the penultimate "Nothing’s Mine" holds up, while Bertens does a shiny, wistful indie well on "Bones" (something that Fission could have used more of, perhaps).

Shoegaze, in whatever form, is never going to grab you on first listen – that’s why My Bloody Valentine never made it big in the States.  Fission isn’t going to either, but will create a lovely atmosphere that’s hard not to like, even if it doesn’t exceed the genre.