Yes, we all know Finneas as the brother/producer/bandmate of phenom Billie Eilish – and we also know that he’s an accomplished musician in his own right.... 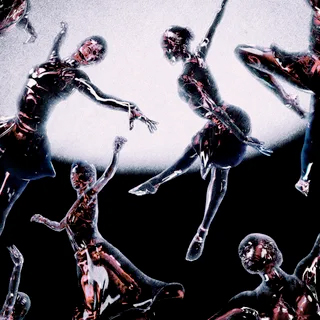 Yes, we all know Finneas as the brother/producer/bandmate of phenom Billie Eilish – and we also know that he’s an accomplished musician in his own right (and, for the record, both their last names are actually O’Connell). Even as she’s shined so bright, he hasn’t been stuck in her shadow, from their adorable sibling relationship to his own strong music. Debut studio album Optimist is very millennial-bordering-on-Gen Z sad pop (he was born in 1997; she 2001), but done quite well.

As befits a solo debut, the songs on Optimist are very intimate & personal, even when Finneas is being cool (it also has Finneas’ skilled piano throughout). Opener “A Concert Six Months From Now” is about love, music, and how they come together (and isn’t about buying a ticket on hope during the pandemic, as one might initially think, but just on the hope she’ll go with you). “Hurt Locker” brings epic hurt. Meanwhile, Finneas is smoother & cooler on “Around My Neck” and closer “How It Ends”. Yes, the lyrics to songs like the socio-political “The Kids Are All Dying” and ‘now & then’ “The 90s” are a little on-the-nose, but perhaps that’s just in the eyes a jaded Gen X-bordering-on-millennial who can actually remember the nineties (and his words aren’t wrong…).

Finneas O’Connell will always be Billie Eilish O’Connell’s sibling in life & music, but it’s been really impressive how he’s forged his own identity without breaking or shrinking. Optimist gives us another great sad pop phenom for the twenty-first century.