It was a big Friday on the big grounds of Firefly Festival.... 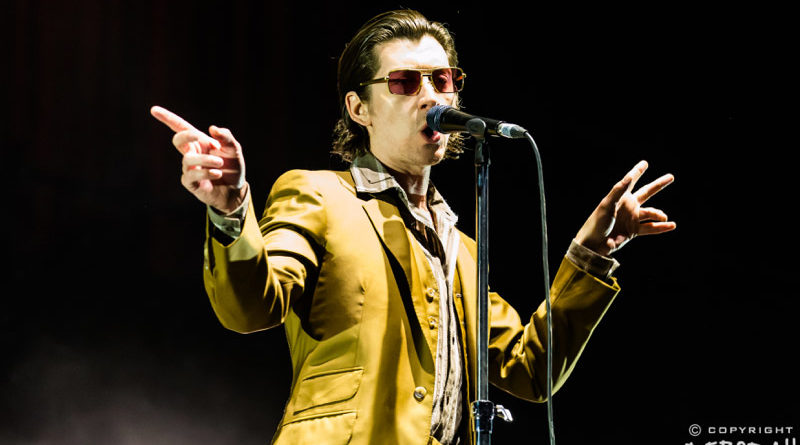 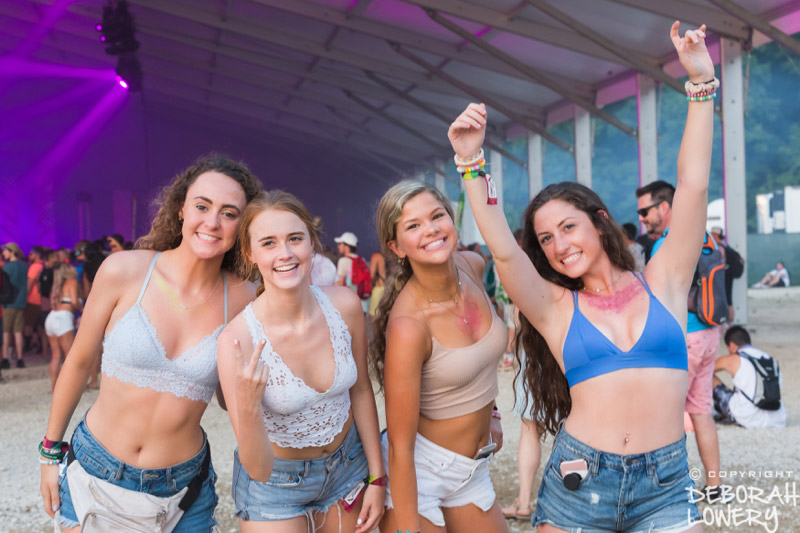 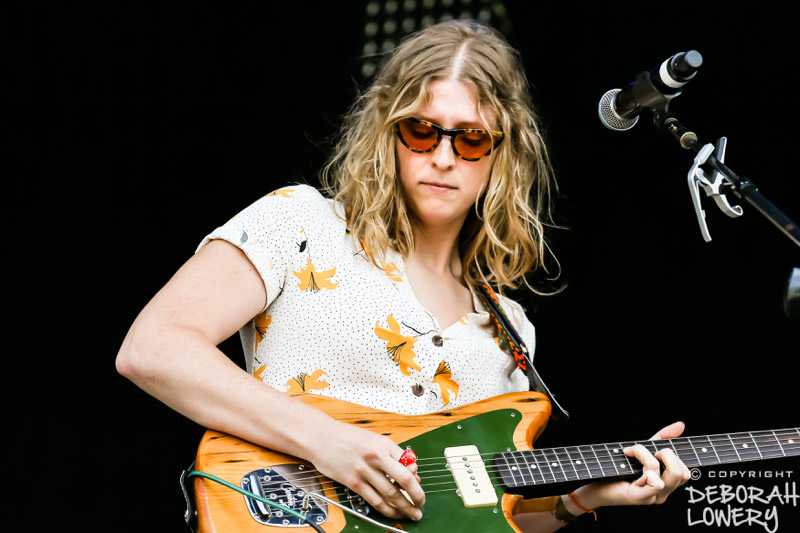 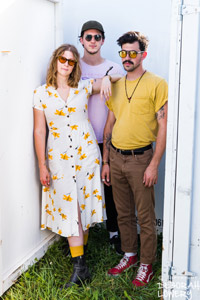 Campers started trickling in this year on Wednesday night, and the festival kicked off on Thursday evening with Chromeo headlining. By Friday afternoon the grounds were humming and Liz Cooper & The Stampede were bringing their psychedelic folk/rock to the Lawn Stage in an easy breezy set that belied that they’ve only been touring with their new drummer, Ryan Usher, since January. The band has a relaxed vibe and was very comfortable with each other on stage. QRO had the chance to sit down with them post-set for a quick chat (QRO interview) and a snap to document the occasion (QRO portrait photos). 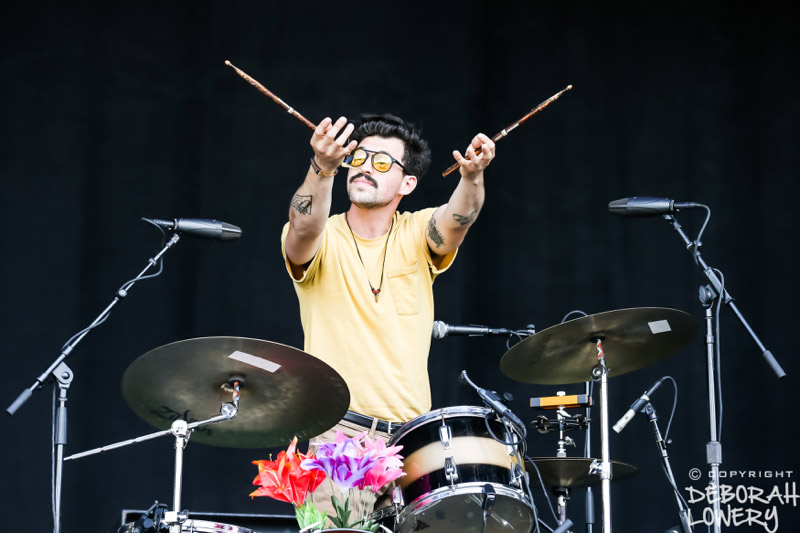 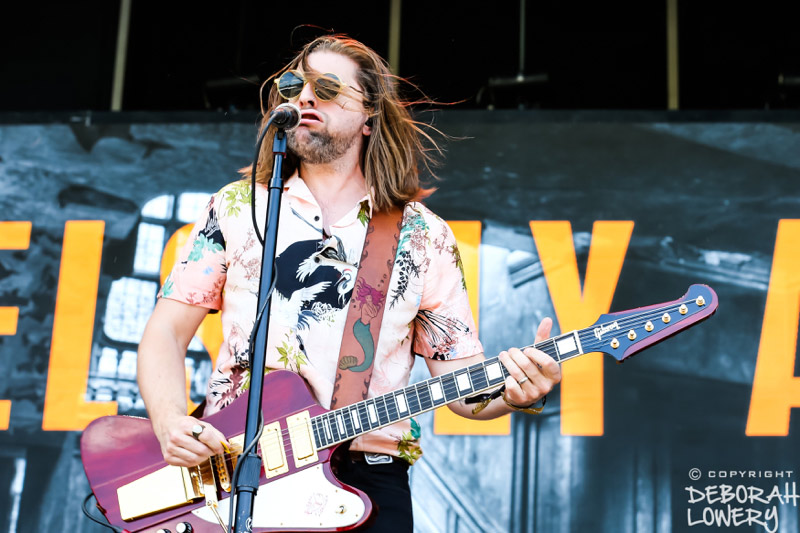 Over at the Firefly Stage next up were the Ohio blues rock band Welshly Arms, followed by teenage screaming for indie-pop heartthrobs Flor back over at the Lawn Stage. 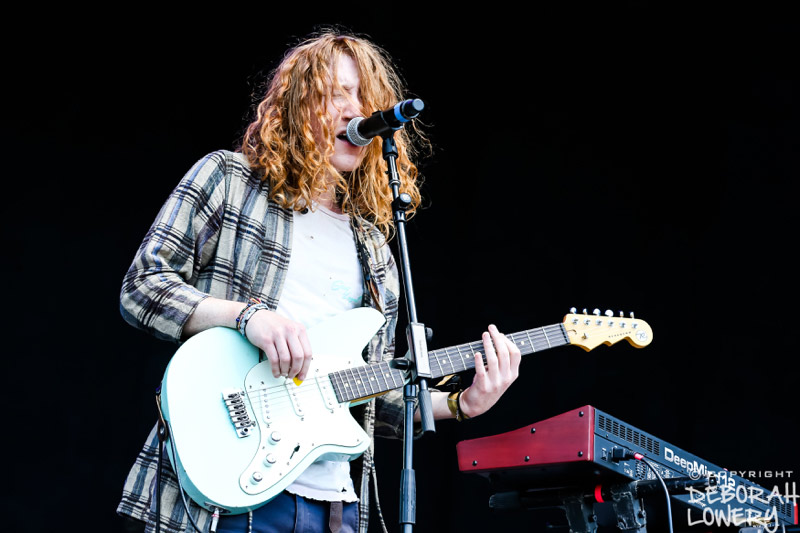 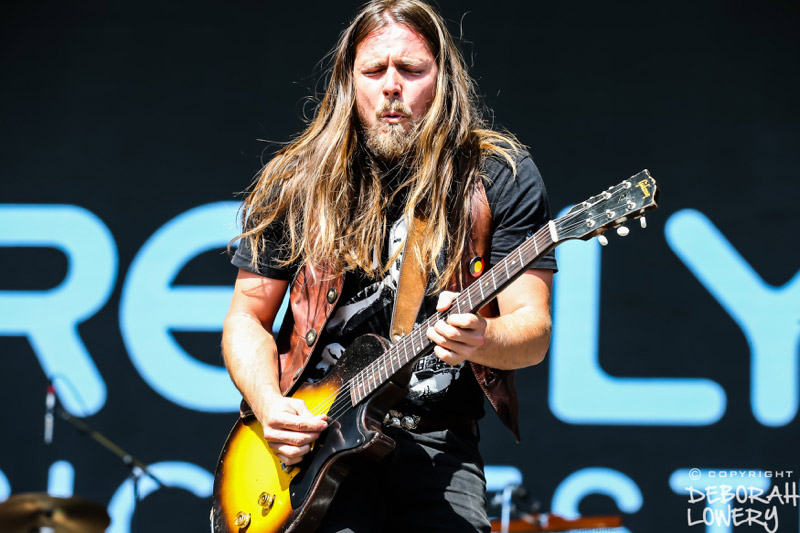 Lukas Nelson & Promise of the Real came onto the main stage in the late afternoon, with the seasoned confidence of a band that has been performing together for ten years, and the musicality that comes from playing over the years at times with Willie Nelson and Neil Young. There’s a deep bench of talent in this music and Lukas Nelson is a strong presence up front. 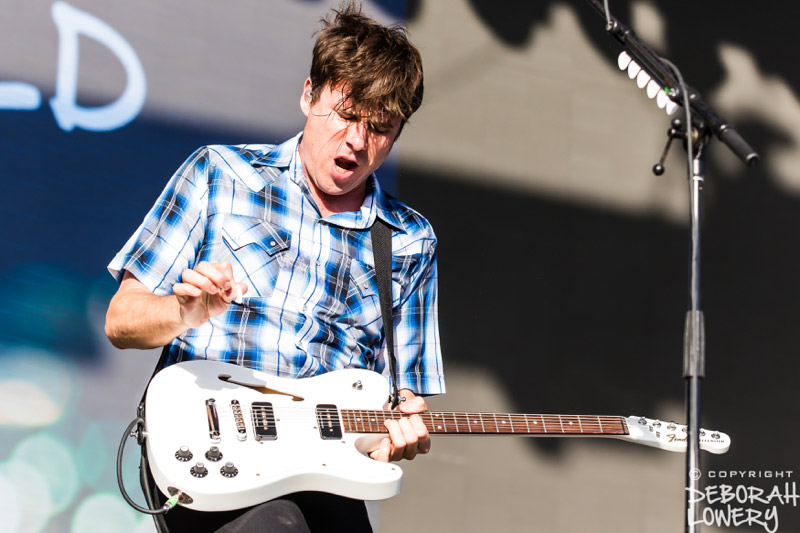 Jimmy Eat World was up next on the main stage and played their ever-evolving punk to emo to alt to dare-we-say-pop to an appreciative and growing crowd. 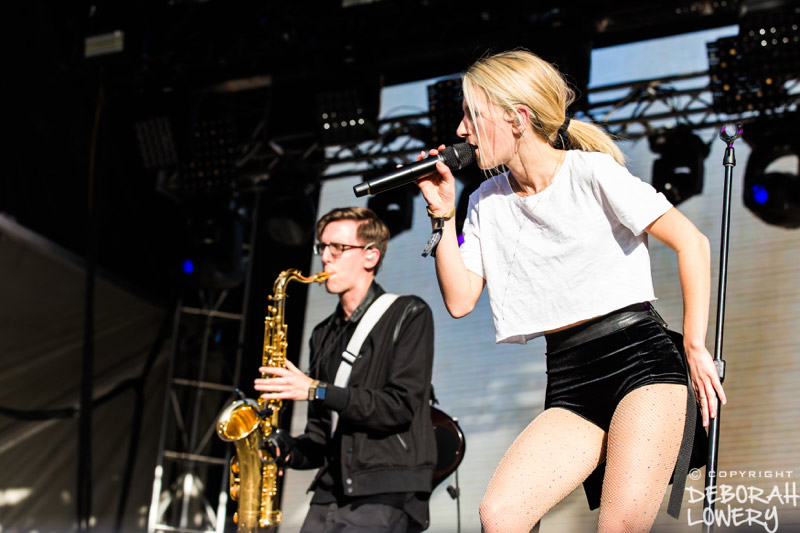 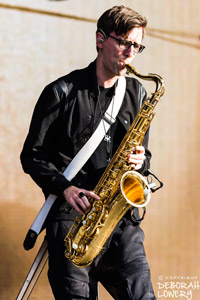 A run over to the Backyard Stage was rewarded with a chance to see the duo Marian Hill play in daylight. Production artist Jeremy Lloyd kept up the mystique in a long black trenchcoat in the 80-something summer sun. Vocalist Samantha Gongol captivated the crowd with her delicate delivery and staccato movement across the stage, though all eyes were on Steve Davit when he took the stage for a saxophone solo that brought cheers. 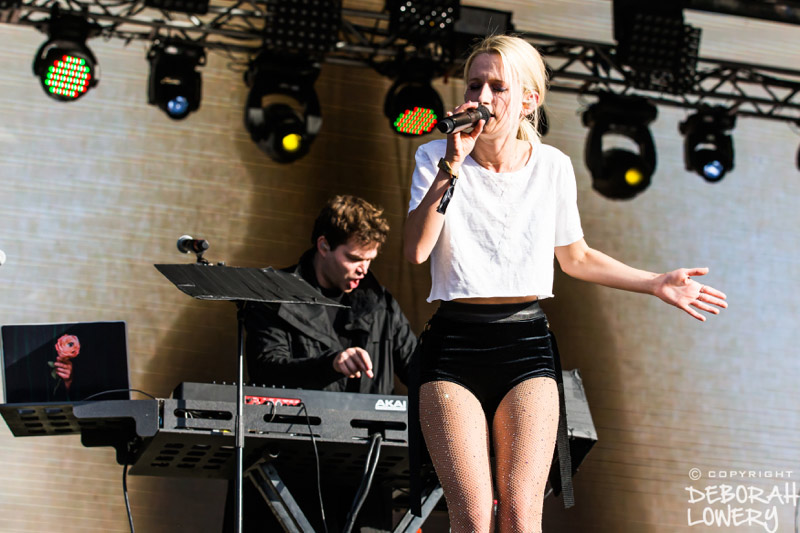 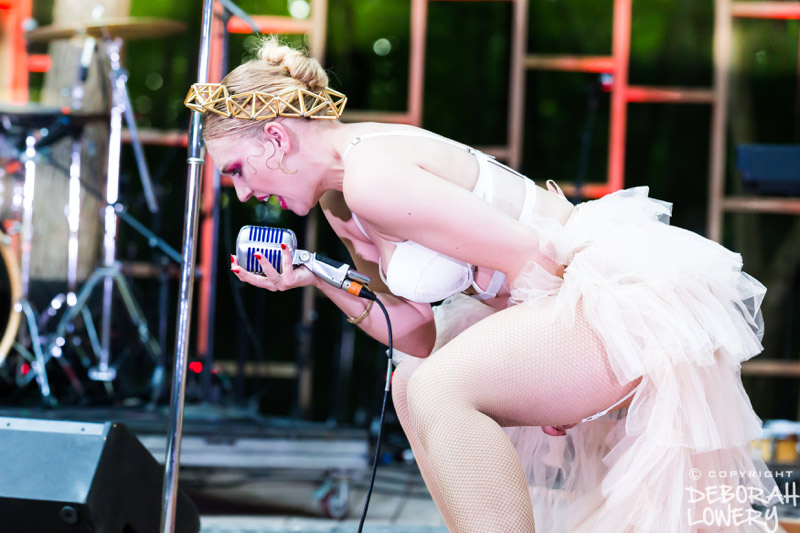 Meanwhile tucked away in a small clearing in the forest behind the main stage crowds, The Treehouse Sessions were underway. These intimate performances are part of what make Firefly a unique experience. After spending some time with her earlier in the afternoon during an interview (QRO interview), QRO caught the performance of Kat Cunning, a siren of the stage with a background in dance and acting, who has recently turned her attention to singing and songwriting. Let’s just say that she was not really cut out to be contained on an 8 x 10 platform in a forest clearing, and was incongruously placed for what she was serving. 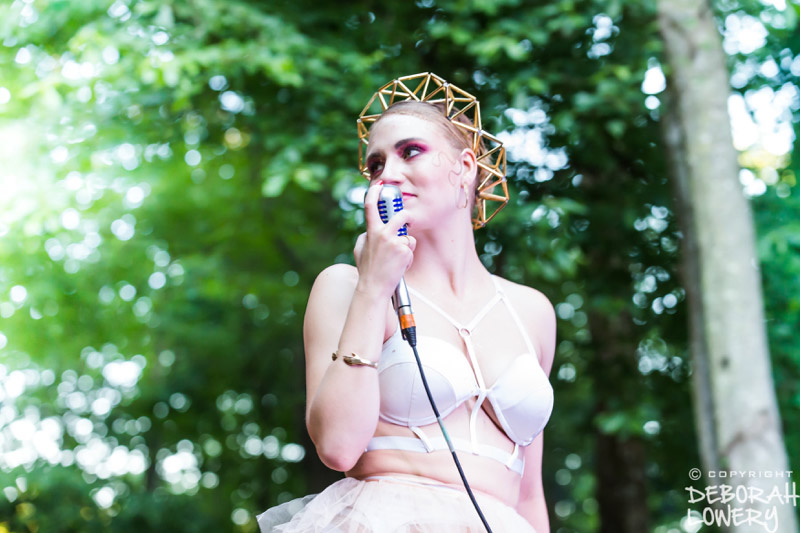 The final female performer in this Friday early evening lineup (come on, Firefly!), Lizzo was a force on the Lawn Stage, delivering a confidence-fueled set of alternative hip-hop and galvanizing female fans with her bold repartee. It was a crowd-pleasing show by a talented performer who knows how to connect with fans. 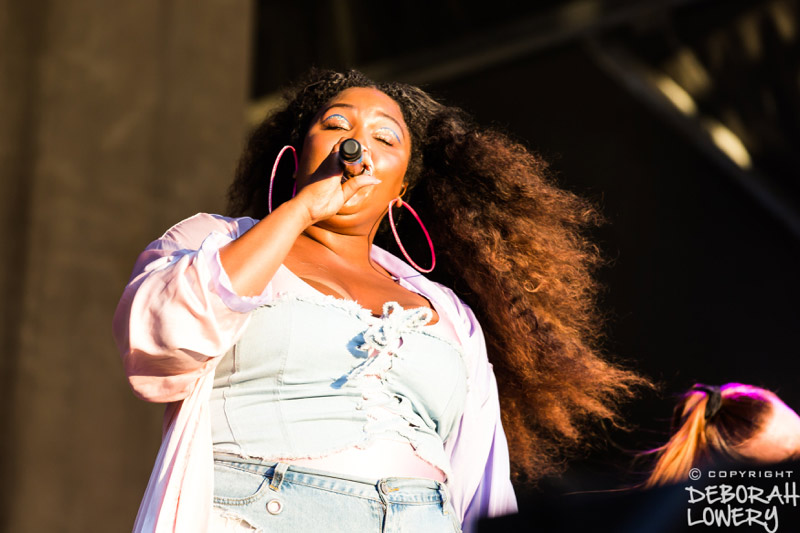 Foster The People kicked off Friday night with the first show of the evening on the main stage. There the big attendance numbers started to really show as festivalgoers converged for the crowd-pleasing indie-but-commercial “Pumped Up Kicks” and were treated to a set list highlighting music from the band’s third studio album Sacred Hearts.

At the same time, We Are Scientists played in the intimate Treehouse space to a crowd lucky to be seeing such an experienced band up close and personal. The band treated the audience to a big sound and rollicking stage show interspersed with their random conversational chat, you know, just hanging out with a few friends in their outdoor living room. 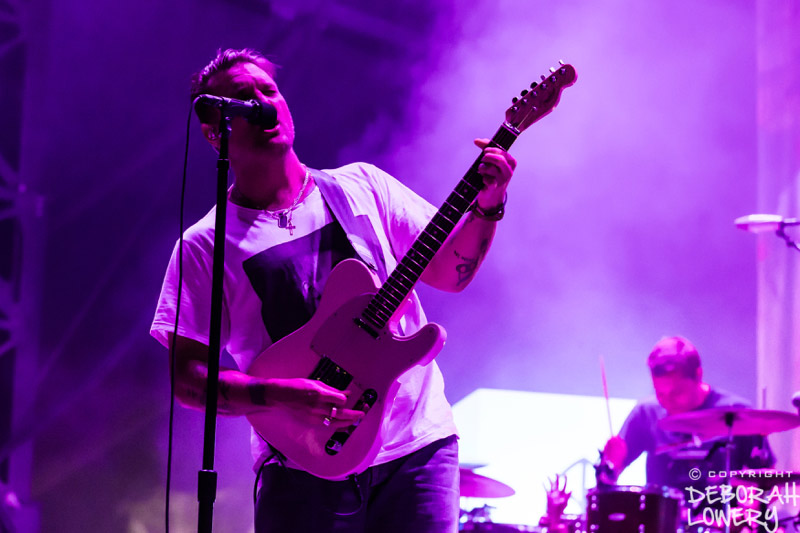 Next up on the Lawn Stage, Cold War Kids played an excellent set to a not huge crowd… and this is how that went down: the Lawn Stage and the Backyard Stage are both at the complete opposite end of the festival grounds from the main, Firefly Stage. This is a seriously long distance, I’m gonna say half a mile if not more. So, if a fan had in mind to get a good spot for Saturday’s headliner Arctic Monkeys on the main stage, a fan might choose not to head across festival city to catch Cold War Kids and then Logic. Logic had something to say about his slot on the Backyard Stage, in fact, he had a lot to say about it. He spent a fair amount of time talking smack about his non-main stage position, and encouraging the audience to make some noise for him to come back next year on the main stage. Like, just perform, man. 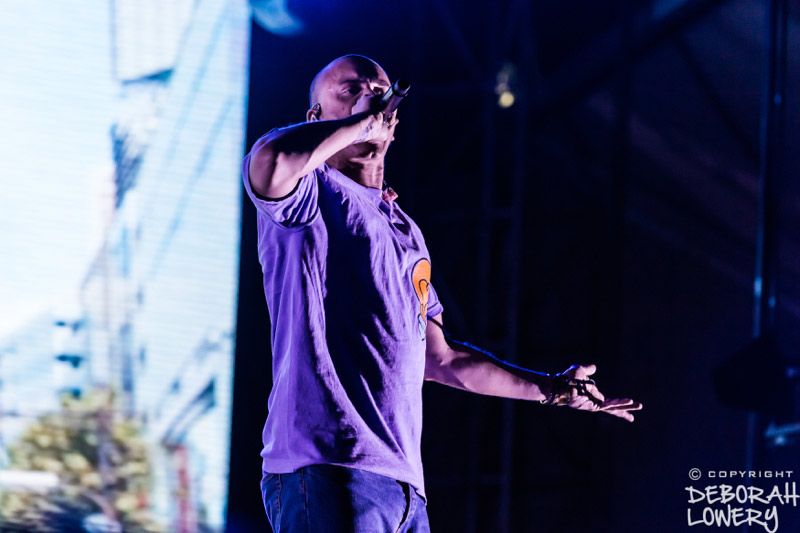 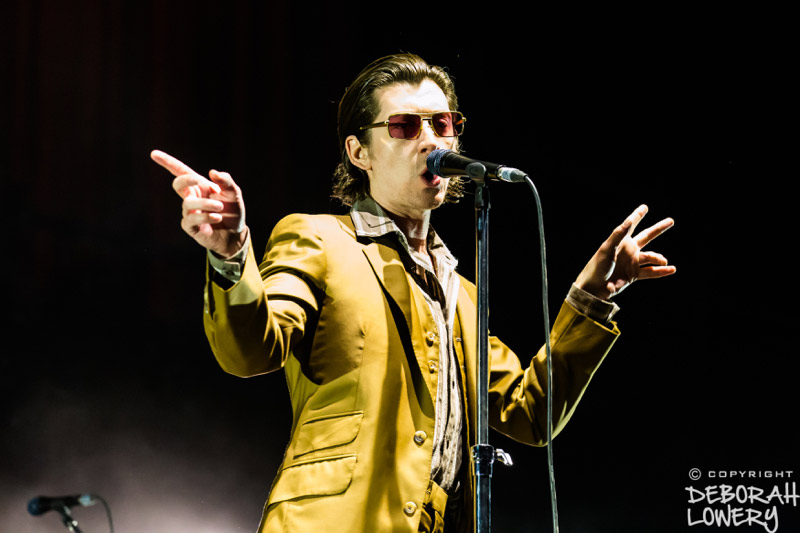 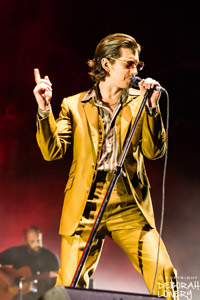 Friday night headliners Arctic Monkeys delivered a rock show. It just feels like something special when men show up in suits to entertain you. The band is just so professional and six studio albums and more than 15 years of playing together really shows. Every note, every word super tight. The crowd was belting out lyrics and the band played a long set, old and new. And who could take their eyes off of Alex Turner, who totally inhabits the song lyrics and hits every hard downbeat with a jutting hip. Turner’s seething delivery had the crowd hanging on every word, though he never strayed from character to banter between songs – it was a performance through and through. 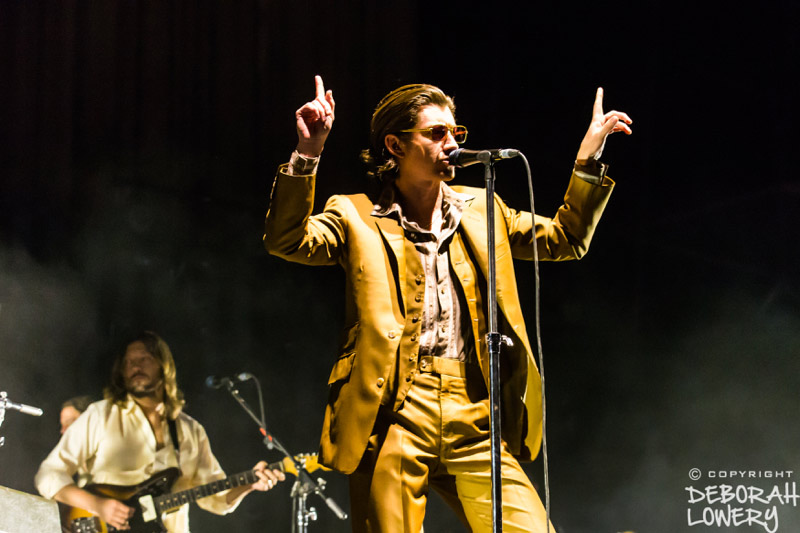