There were big crowds on Saturday for Firefly 2018.... 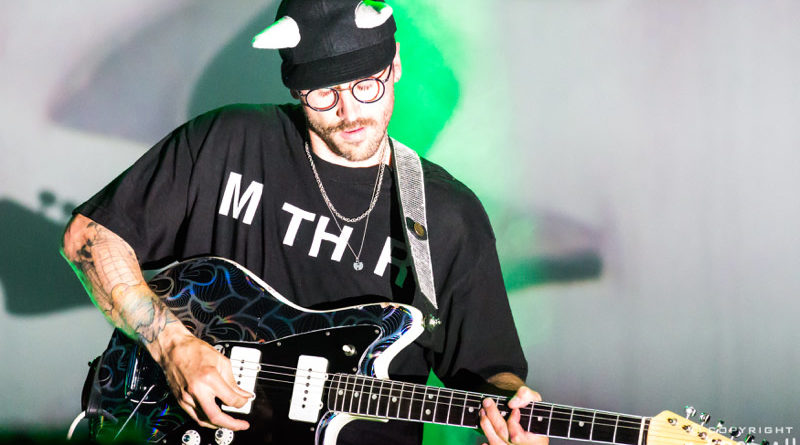 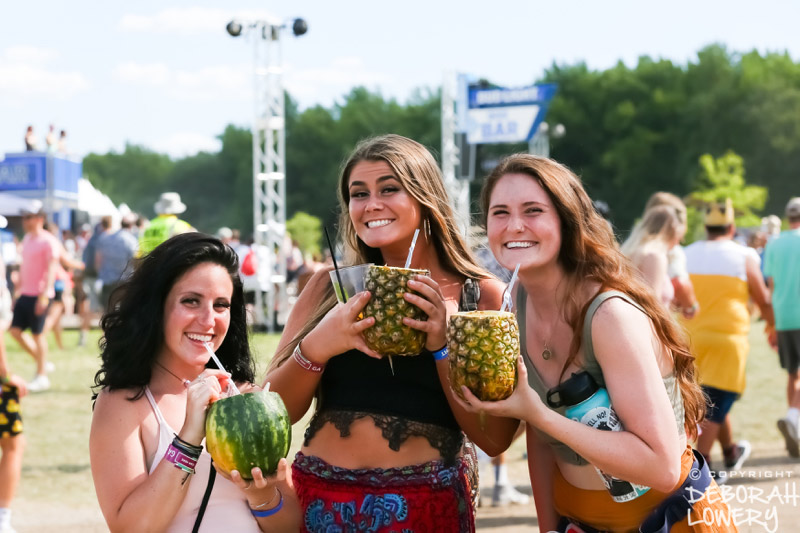 By Saturday, the temperature had ratcheted up a notch, and so had the number of festivalgoers. Noticeably bigger crowds still had room to wander amongst the enormous woodlands and lines were not overly long at the food & drink vendors. While food was plentiful, food choices were not many, and aside from a couple decent examples of that festival staple, the taco, most tended toward the heavy or fried variety, with the exception of the most excellent Humpty’s Dumplings. One of the few places one could find a vegetable, the best festival food all wrapped up in its own bite-sized package was tucked away in the VIP section next to the main stage. Drinks choices were many, and scattered all over the festival grounds in various creatively constructed themed establishments from Bud Light’s “dive bar” to Bulleit Frontier Whiskey’s tailgate trailer and Deep Eddy Vodka’s trailer bar. 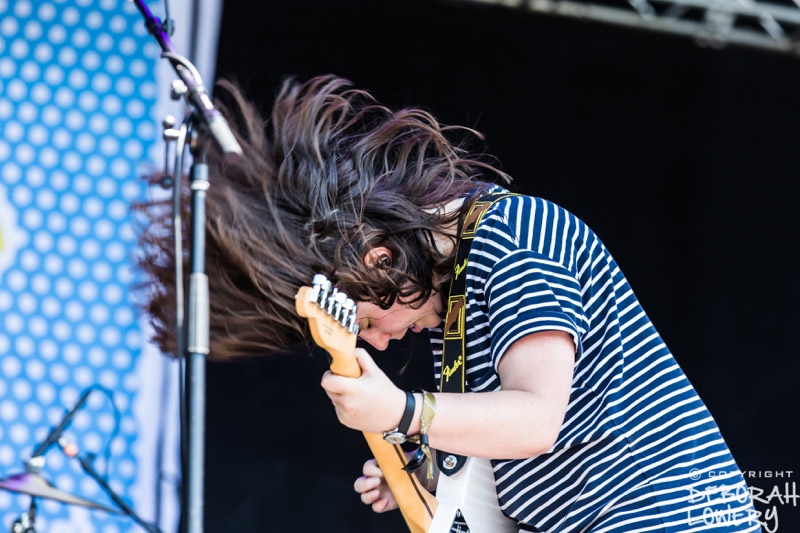 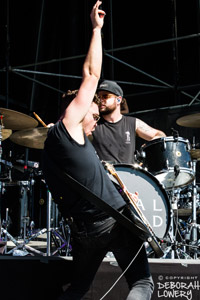 Early afternoon saw Australian singer-songwriter Alex Lahey at the Lawn Stage multitasking pretty convincingly between lead vocal duties and some rocking guitar work. Shortly thereafter English duo Royal Blood swaggered onto the main stage to play a rock show, after drummer Ben Thatcher ceremoniously chugged from a bottle of Patron and took a bow before being seated at the drum kit. A hustle back over to the Backyard Stage was rewarded with a happy indie pop set from Smallpools in the summer sun, the band personifying California in their flowery shirts in front of their cheery pop art set delivering the (mostly) cheery songs from The Science of Letting Go. 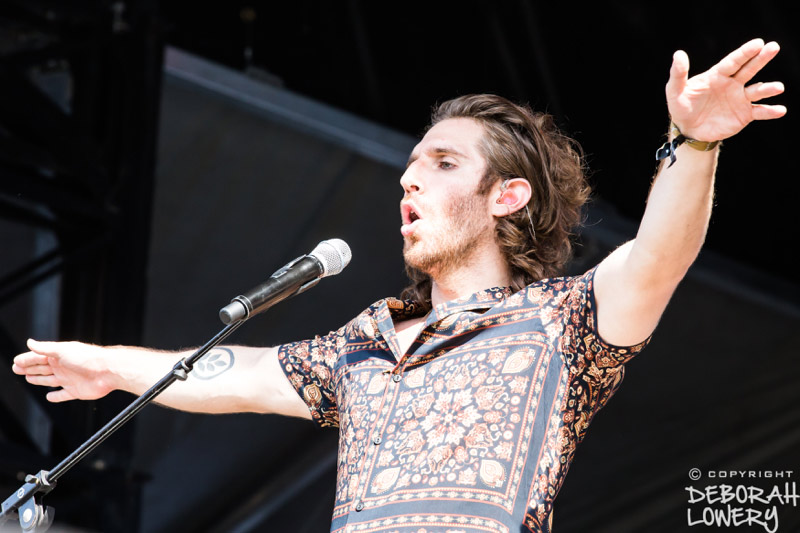 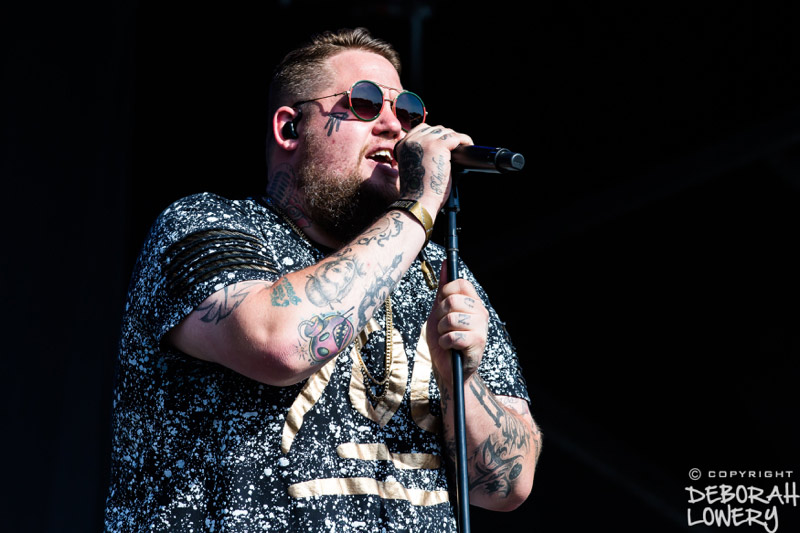 On next door at the Lawn Stage was English singer-songwriter Rag’n’Bone Man, followed by a run back over to the main, Firefly Stage to catch Lil Wayne, who was so charming with the crowd, telling everyone how he would be nothing without him, that they seemed to forgive him for taking the stage 30 minutes late. 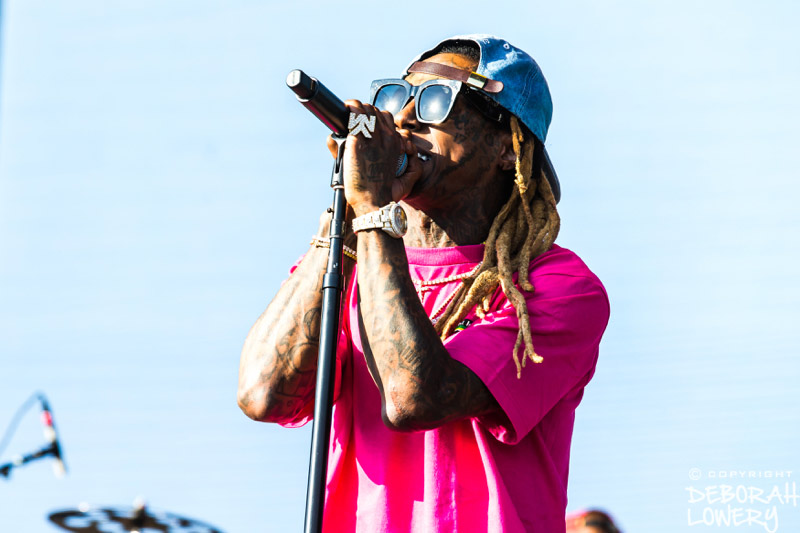 Torching a few calories to walk it back over to the Lawn Stage for Vance Joy, it was a pleasure to listen to an earnestly sung ballad or two – he has such a beautiful voice and was perfectly placed on this summer afternoon to stand and strum and serenade awhile. 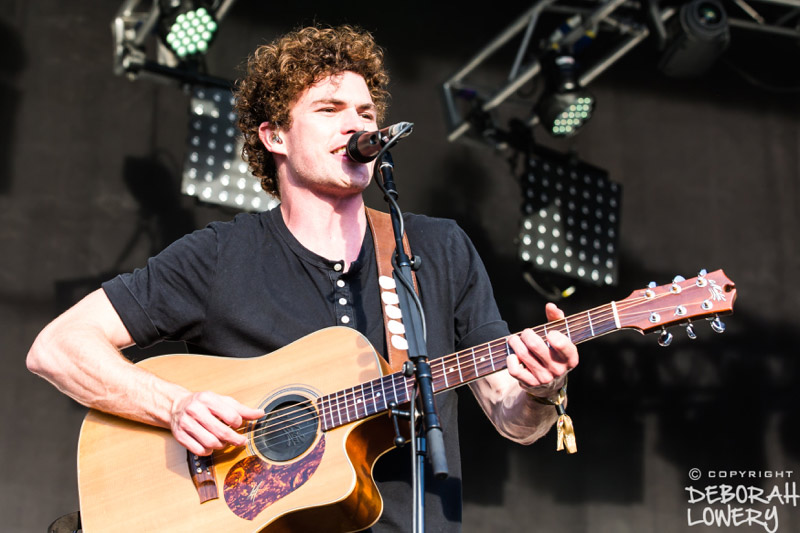 This evening’s headliners were stacked one after another starting with The Killers on the main stage at an early-ish 8:45. Showman Brandon Flowers again brought his Vegas-style show to the Woodlands, where he’s been somewhat of a regular for several years. The band puts on a show of good, clean fun, with frequent banter by frontman Flowers. A huge crowd pleaser was the lucky guest drummer plucked from the audience to take the amazing Ronnie Vannucci Jr.’s place for a song. A moment of a lifetime for sure, and he killed it – Brandon Flowers remarking afterward “not too shabby!” 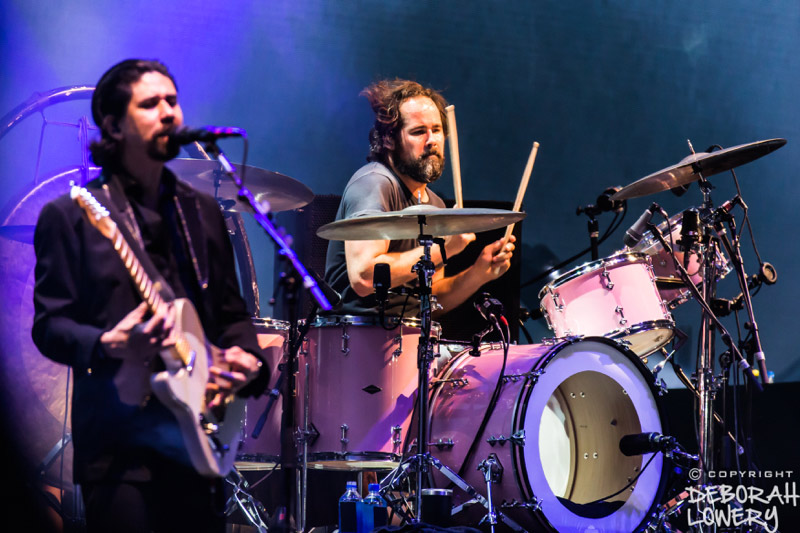 [The Killers don’t allow professional photojournalists access, preferring to curate their image tightly with a private photographer, so no images for that performance except for what your reporter could get of the drummer, elevated enough for a few clear shots through the exuberant crowd] 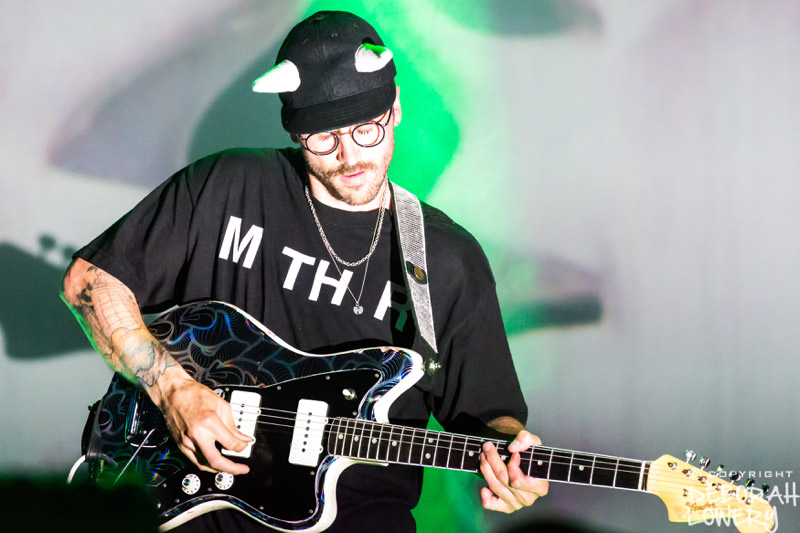 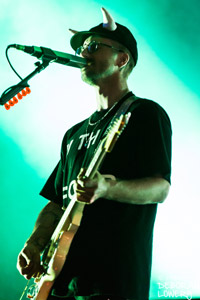 Portugal. The Man appeared next, and again the masses had to relocate to the far distant end of the festival grounds to catch them, so only the hardiest of souls were there, which was a decent enough group given the massive attendance on festival Saturday. They don’t disappoint, even if a bit introspective onstage. The music is right on, and of course everybody was geared up to hear their smash hit “Feel It Still” before making the trek back over to the main stage for Eminem to cap off the big shows of the night.

[Eminem does not allow access to professional photojournalists at his shows, so this photographer did not make that trek] 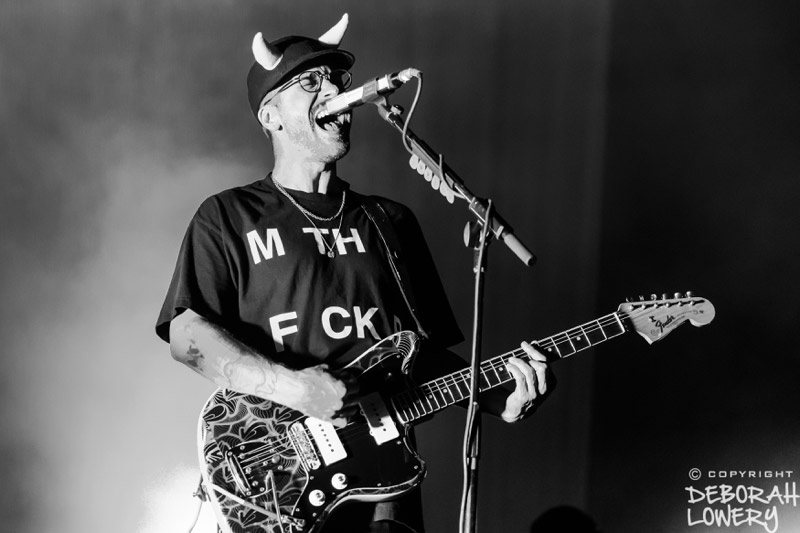