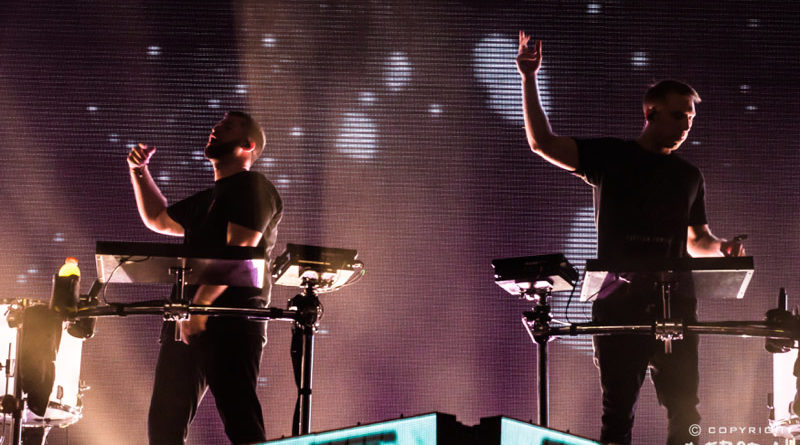 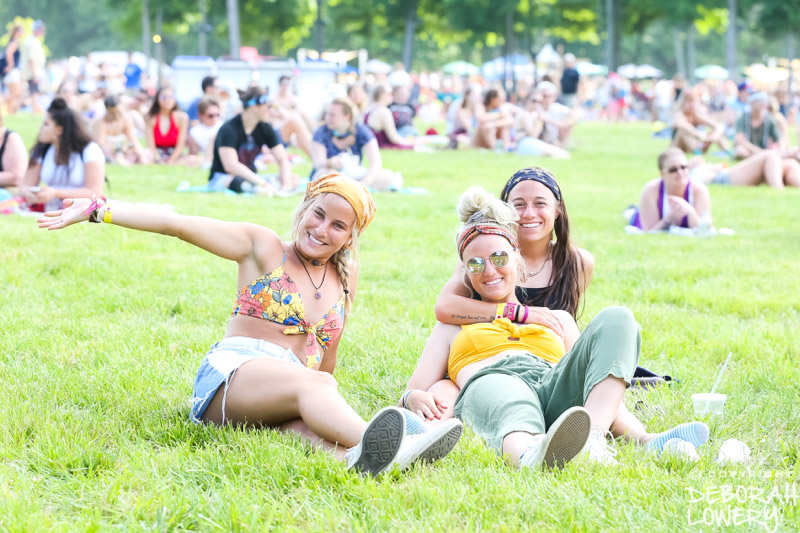 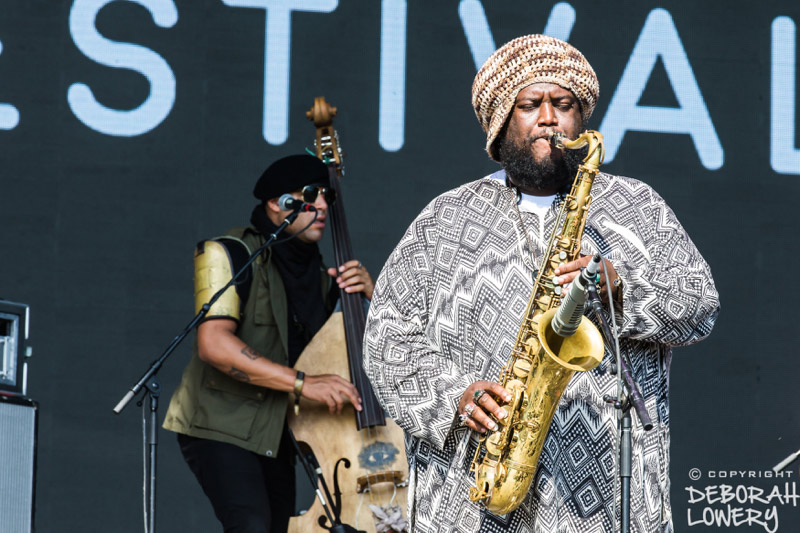 Sunday dawned another gorgeous sunny festival day and QRO’s coverage began with Kamasi Washington at the main stage. The famous jazz saxophonist invited his father – an accomplished woodwinds flutist – to join him onstage and play together on this Father’s Day, and the two together were inspiring. 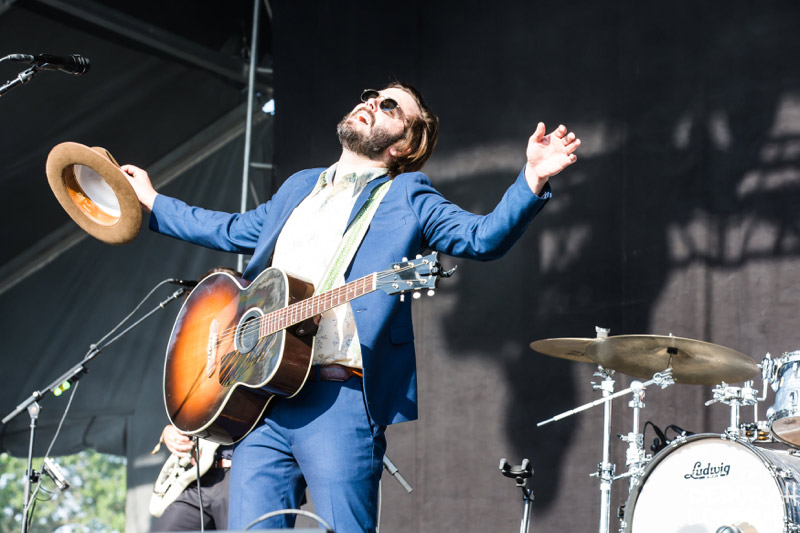 Lord Huron was up next on the Lawn Stage, fresh off the release of their new album Vide Noir, and put on a lively performance for a laid-back but appreciative crowd. Ben Schneider is an affable frontman who uses the stage well and is interesting to watch – not always easy for a chill indie band to pull off. 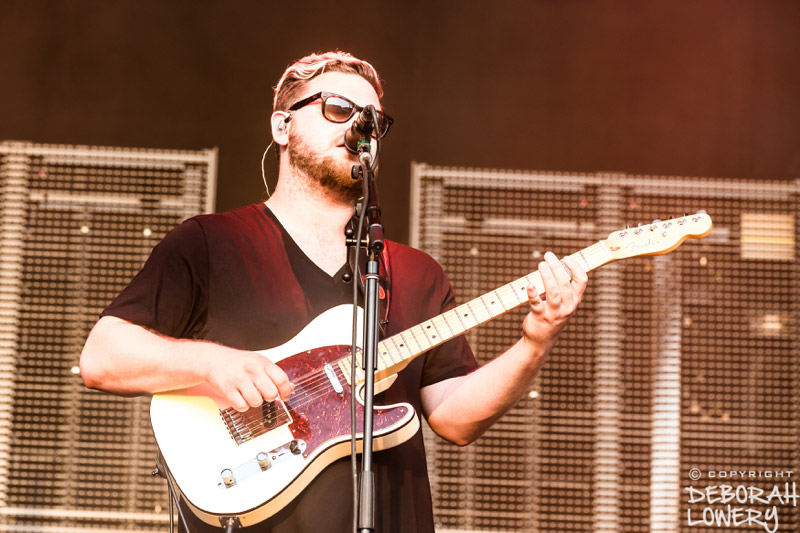 alt-J played the sunset set on the Lawn Stage, a rare chance to see them play out of cover of darkness. Watching Thom Sonny Green work at the drum kit is such a fascinating experience. Green stays in a zone and the intricate beats are so much better than anything inorganic can be. As the sun set, the glow sticks started flying, and in darkness the crowd ambled over to catch the end of SZA next door at the Lawn Stage. [SZA is also anti-photo] 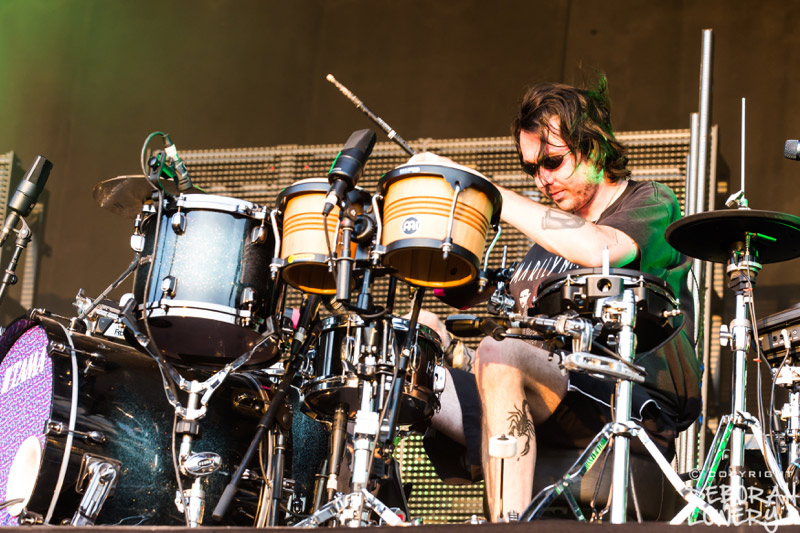 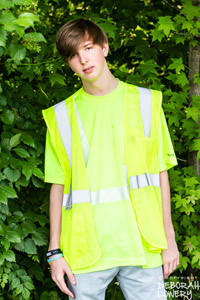 When darkness falls at Firefly, The Pavilion starts to heat up, and there QRO caught young producer Whethan in a DJ set after sitting down with him for a quick interview (QRO interview) and portrait (QRO portrait photos) before the show. Kids were wild for the music and Whethan kept them dancing, though he had to jump up on top of his booth to get it done properly – otherwise, only the tip top of his head could be seen above the screen that fronted his setup. 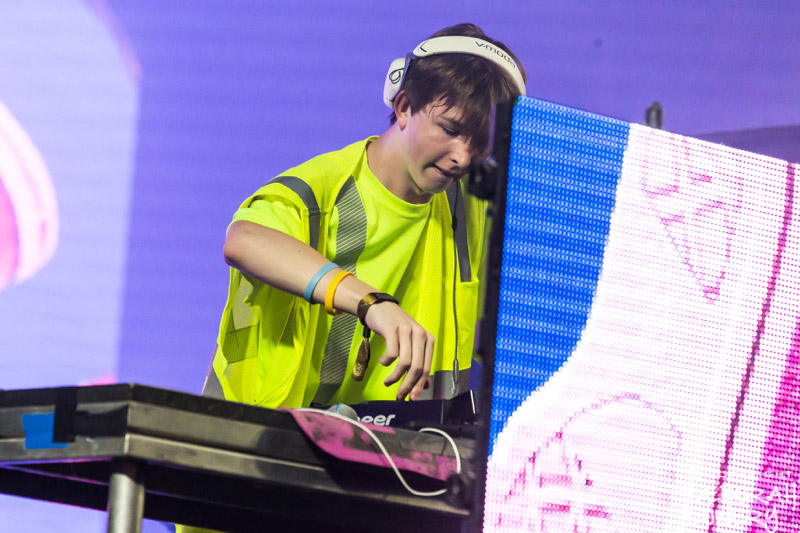 Headliner Kendrick Lamar was next up on the main stage [Lamar does not allow access for professional photojournalists, so QRO did not cover that show] 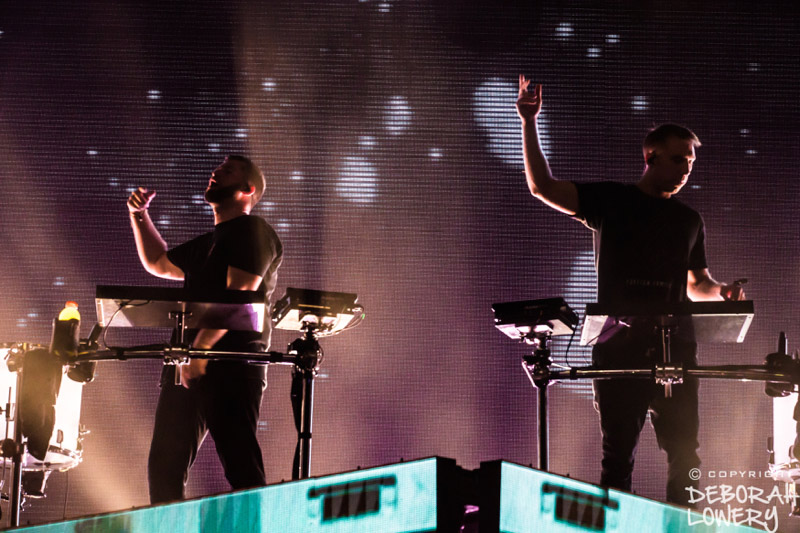 Late night saw ODESZA at the backyard stage and the duo wowed with a full drum line across the stage, each drum lit from within by a neon light and played in loud unison to kick off the set. A very energetic show for EDM, where performers are often secluded behind their machines – not these guys! To top it off a badass light show made the stage appear at times to be literally on fire as Firefly Festival 2018 went out with a flash. 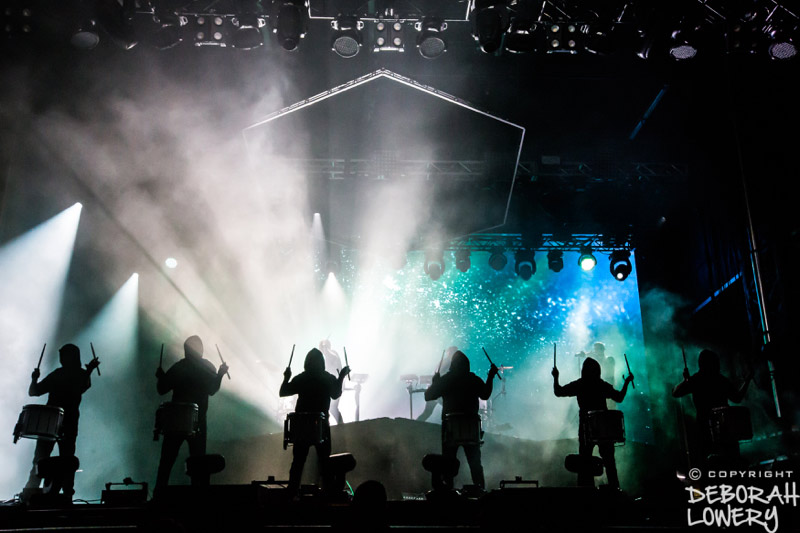