Fleet Foxes returned for an eagerly anticipated ‘hometown’ show in New York for 'Live from the Artist’s Den'.... 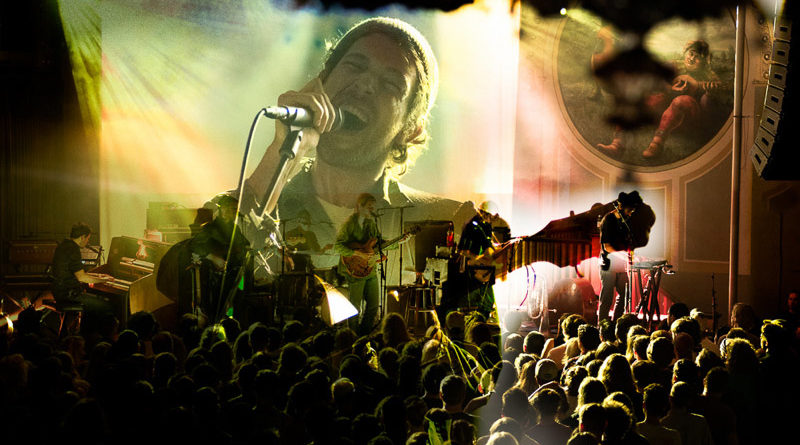 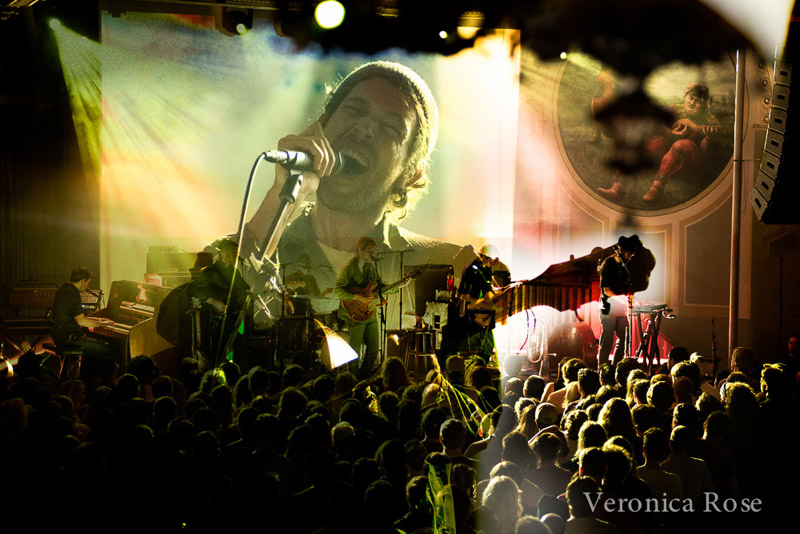 Fleet Foxes returned for an eagerly anticipated ‘hometown’ show in New York for Live from the Artist’s Den on Monday, June 13th. Inside the industrial complex-turned-event space Knockdown Center in Maspeth, Queens, Robin Pecknold and company delivered a beautiful set of music that celebrated the future as much as it did the past.

Click here for photos of Fleet Foxes at Crystal Ballroom in Portland, OR on May 18th, 2017 in the QRO Concert Photo Gallery

Click here for photos of Fleet Foxes at 2011 Primavera Sound Festival in Barcelona, Spain in the QRO Concert Photo Gallery

Click here for photos of Fleet Foxes at Bowery Ballroom in New York, NY on March 28th, 2008 in the QRO Photo Gallery

By now, the story of Pecknold’s journey into the urban wilderness is well covered. After Helplessness Blues (QRO review), Pecknold took a retreat that eventually found him enrolled at New York University as a student. Over time, the act of finding oneself led to finding inspiration to create the third Fleet Foxes album, Crack-Up.

With the rollout of singles, re-introduction of the band to the public, and a series of concerts stretching from Seattle to Sydney, Australia, Fleet Foxes are effectively back as a band. Pecknold opened the set by thanking the crowd and calling this a hometown show now that he and Skye Skjelset have moved to New York. The night kicked off fittingly with the “I Am All That I Need/Arroyo Seco/Thumbprint Scar”, the opening song of Crack-Up.

The recorded opening segment gave way to a cascade of sound. Clamoring for attention, all the parts eventually coalesce into something more melodic and as soothing as the lapping of waves featured in the song’s ending segment. Through all the fury was a center that ultimately won out.

In sequence, Fleet Foxes performed “Cassius”, and “Naiads, Cassadies”, the second and third songs off Crack-Up, a perfect pairing to explore the focus of the new album. Intricate and ornate are not new terms to describe the band, but the new pieces are arranged as suites with multiple movements and instrumental shifts. A straightforward introduction could give way to a jazzy interlude or a flute that sounds vaguely like a sci-fi zapper.

This new direction may not be as immediately rewarding as the crowd pleasing “Mykonos”, played later in the night, it holds its own beauty. Inside the Knockdown Center, the already expansive songs are allowed even more space to explore. The music finds a home in the myriad windows letting in ambient light, the exposed oxidized beams and metal, and high ceilings. Behind the band is a long corridor of windows and brick serving as a backdrop.

At times, there’s a slight concern that all of this space may be too much. Amplifying the already grand songs, Pecknold’s voice can get lost in the sea instead of serving as a clear beacon. However, that’s a fleeting thought that does not diminish the night’s performance.

While Crack-Up was emphasized throughout the night, Fleet Foxes pulled from their full discography to the delight of fans. “Grown Ocean”, “White Winter Hymnal”, “The Shrine/An Argument”, and “Blue Ridge Mountains” were met with enthusiasm. New songs like “A Fool’s Errand”, “If You Need To, Keep Time on Me”, and lead single “Third of May / Ōdaigahara” fit right in with the older material.

It’s always a tricky act balancing new music while making sure the audience remains engaged throughout. There’s an added level of difficulty when this is the first Fleet Foxes show in New York in just less than six years. Add in the enormous space and ambitious music with longer instrumental interludes and you could have a recipe that has fans wandering away. Luckily, that was not the case and Monday’s concert was a successful homecoming for the band. Even better, we won’t have to wait another six years for the band to return.