The fifth annual iteration of Texas’ Float Fest returned to the shores of the San Marcos River.... 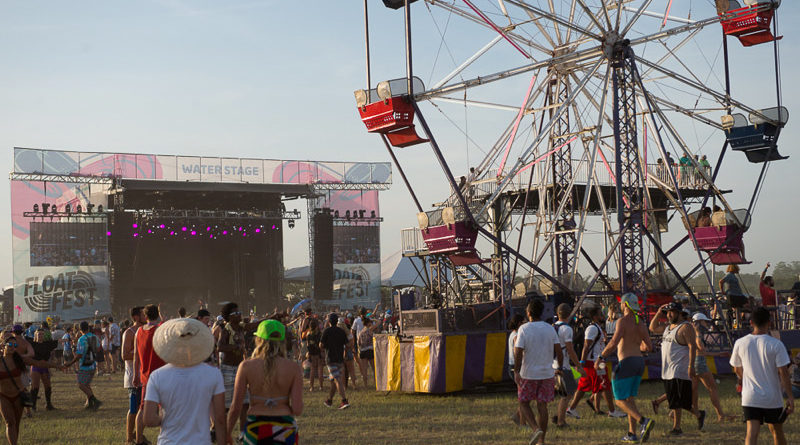 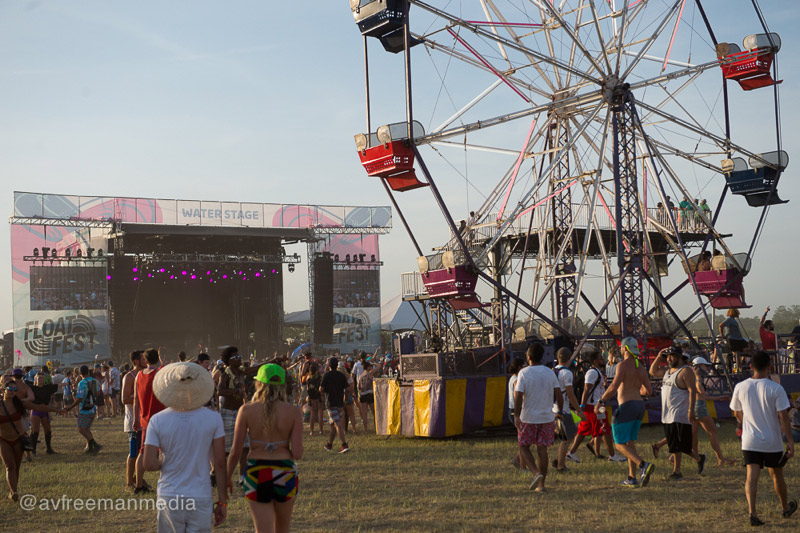 The fifth annual iteration of Texas’ Float Fest returned to the shores of the San Marcos River on Saturday & Sunday, along with the most extreme heat that the state has seen this year; a record high of 104 was clocked on July 22nd. Regardless of the oppressive heat or the immense clouds of dust that billowed across the campgrounds, festivalgoers still turned out in record numbers. 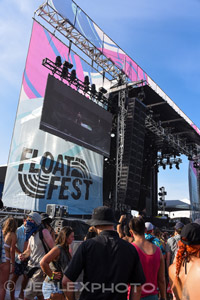 The festival once again offered a four-day/three-night camping package, which allowed attendees to check-in to their camping spots on Friday as early as 8:00 AM. Tubing was offered on the Sam Marcos River on Saturday and Sunday during the day, giving revelers the opportunity to partake in a relaxing three hour float before resting off the heat and getting ready to take in all the music of the festival. Notably worth mentioning were the larger VIP areas that were seen on-site which included open bars, air conditioned lounges and flushable toilets. 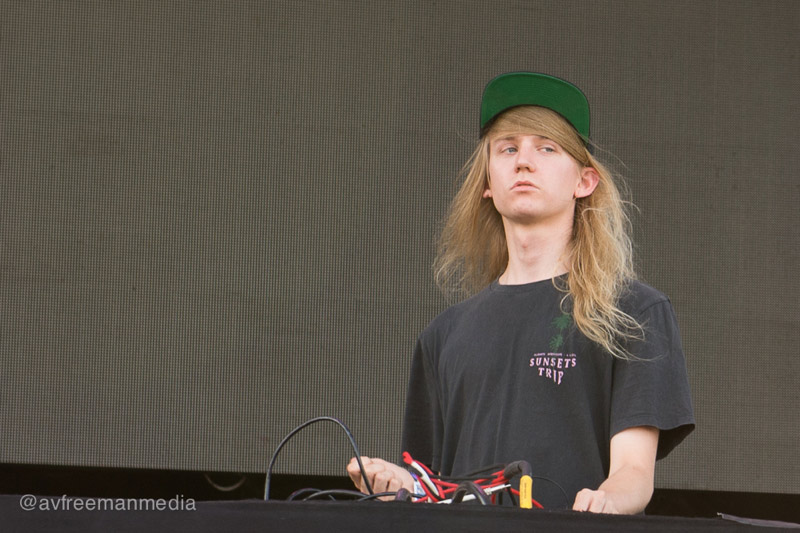 Music started on 2:00 PM on Saturday with Austin acts The Wild Now and Bronze Whale kicking off the festival, while many were getting settled in the campgrounds or still in the water. The diversity of music acts that followed showed the organizers’ interest in appealing to various musical tastes: electronica’s Com Truise, Houston’s rap artist Bun B and R&B act The Suffers, New Orleans’s big band jazz ensemble Preservation Hall Jazz Band and DJ Cashmere Cat all proved that Float Fest didn’t have a specific musical agenda. Most of the festivalgoers we saw seemed to be enjoying each act just as much as the act before. 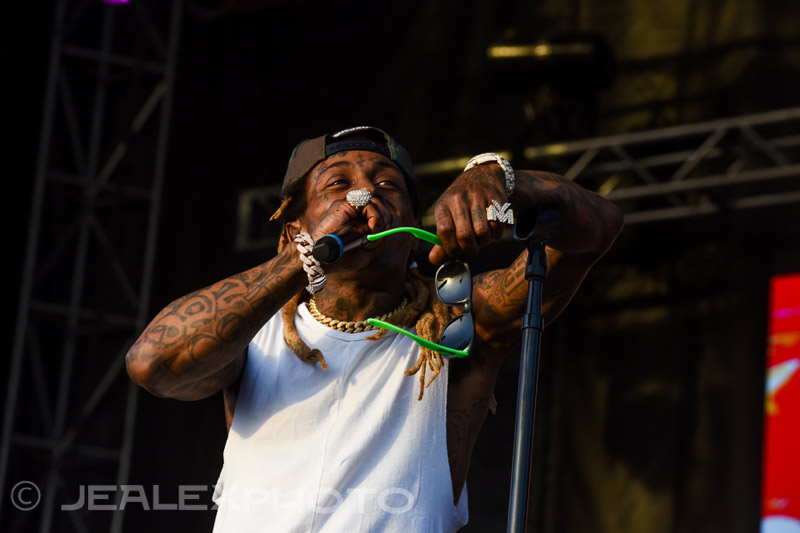 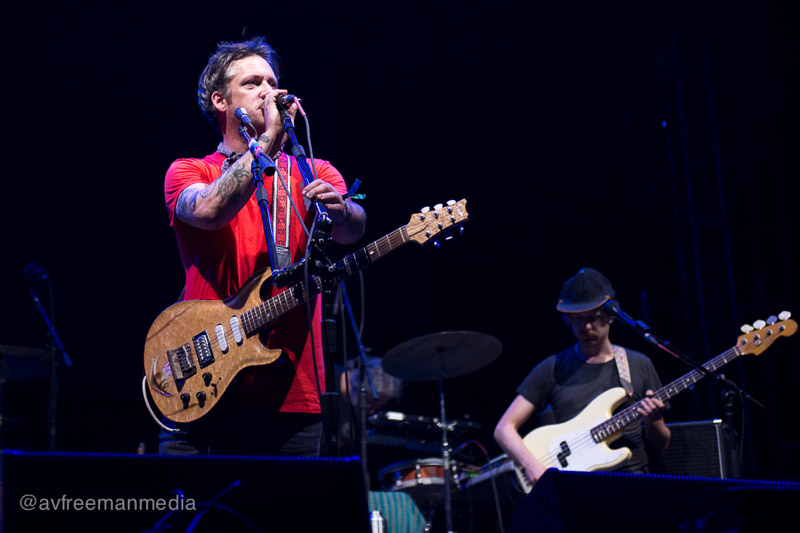 Lil Wayne took advantage of a sun setting set and his long-awaited upcoming release Tha Carter V to blast through “Believe ME” as well as other hits, including Drake’s “I’m Going In”. Without overlapping set times, music fans could catch Modest Mouse on the other end of the field for what seemed like a chill break in the party atmosphere, before trekking back over to catch Run the Jewels. As always, RTJ brought the excitement and energy back up to everyone’s Saturday night. Closing out the night, Bassnectar ended the night with his usual laser effects, dubstep and drum & bass beats, leaving most people wanting to continue to party into the slightly cooler night. 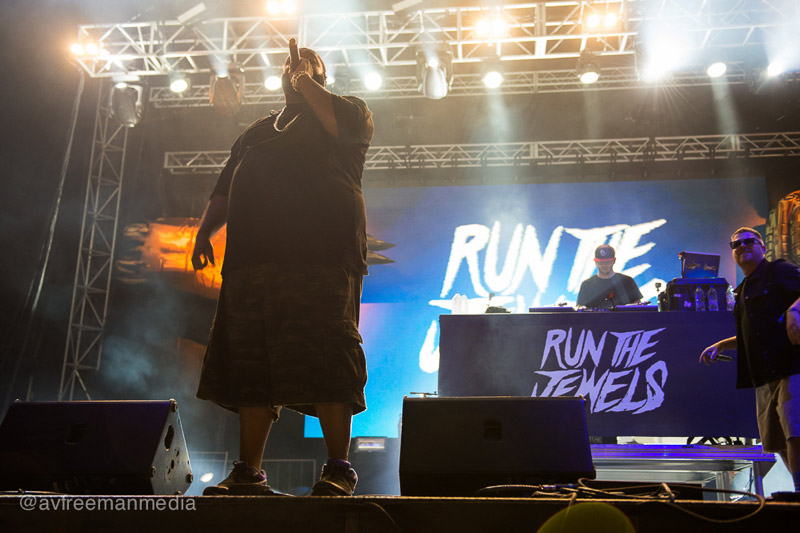 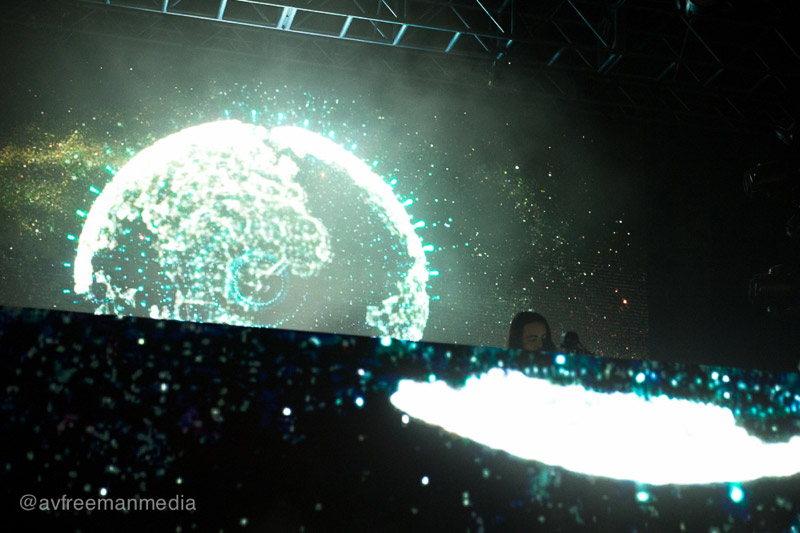 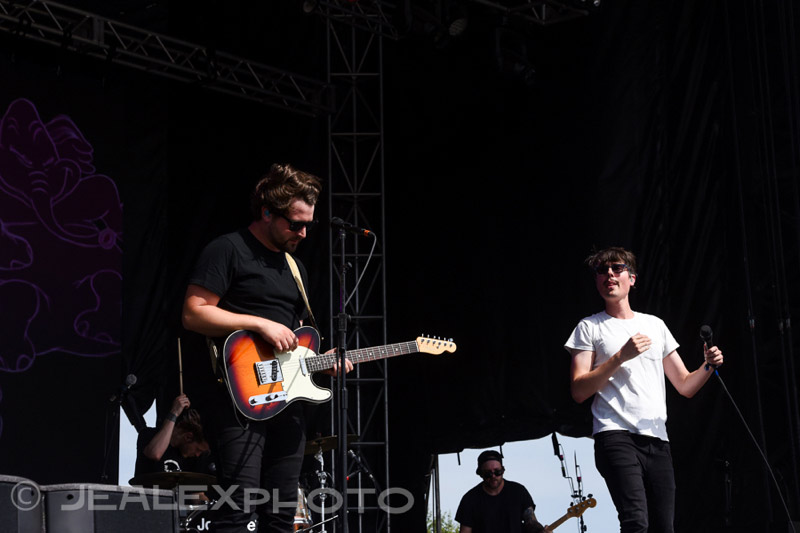 Sunday brought music once again at 2:00 PM with Houston’s Vodi, Mainman from California and Austin’s A Giant Dog and Blackillac taking early and scorching hot set times in the schedule. New York’s Joywave proclaimed loudly, “I bet you jumped more last night at Bassnectar” before ripping through a high energy set directly in the hottest part of the day. Austin’s White Denim entertained crowds with various songs from their twelve-year history. The Toadies started their set asking if everyone got into the river before breaking into a high-energy set opener “I Come From The Water”. 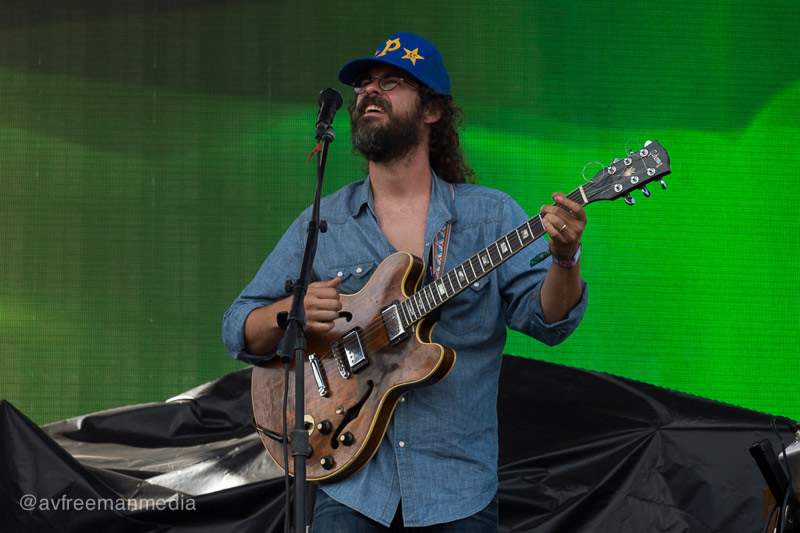 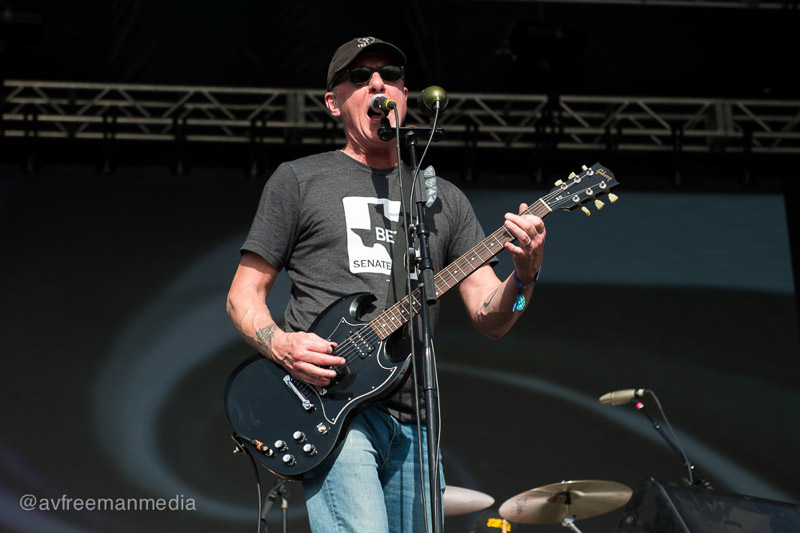 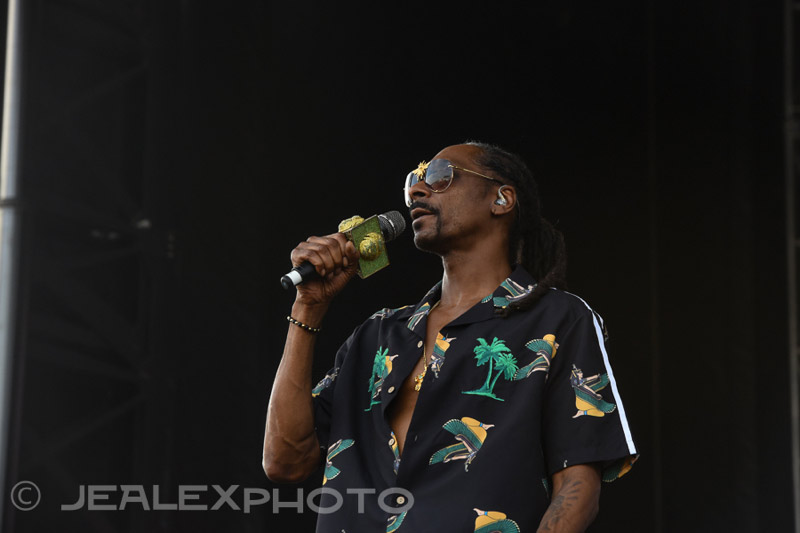 Perennial festival favorite Snoop Dogg kicked off the evening headliners with many of his hits that have spanned his nearly 30-year career. Glass Animals were unable to perform due to an accident their drummer endured while riding a bicycle in Dublin; Long Beach’s Cold War Kids stepped into their time slot instead and provided a mixture of nostalgia and blues-riffs to keep the energy of the night high. Tame Impala closed out the night with a beautiful array of dazzling lighting, fog, confetti and guitar riffs that definitely left the crowd wanting more and eager for a 2019 version of Float Fest, hopefully with cooler weather and less dust. 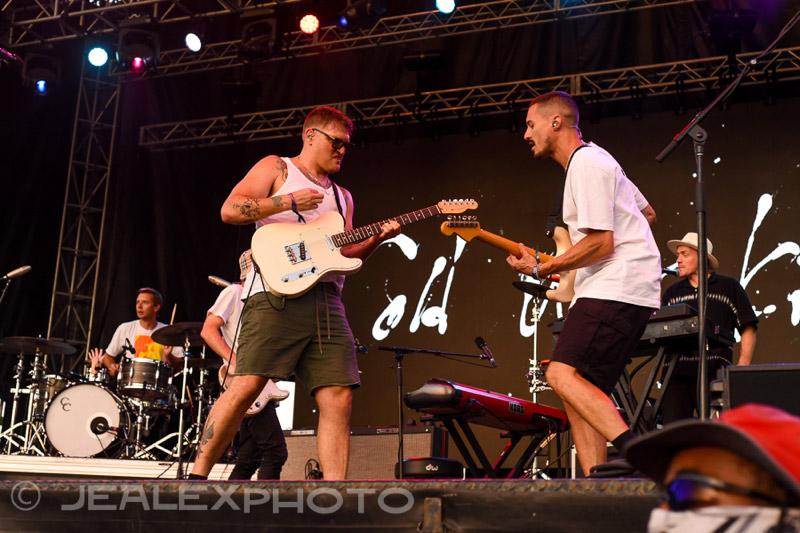 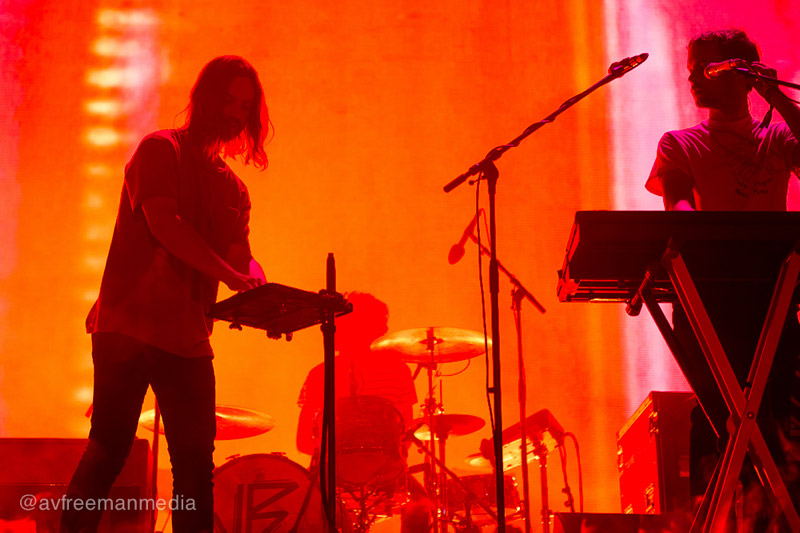 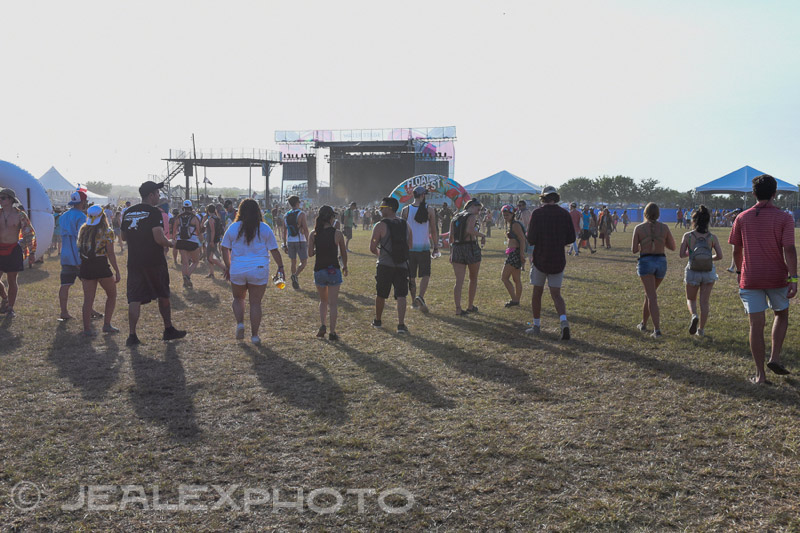