On Night One of 96.5’s ‘Night the Buzz Stole Christmas’ concert series, Flogging Molly played to all the screaming, raging fans that The Midland could hold.... 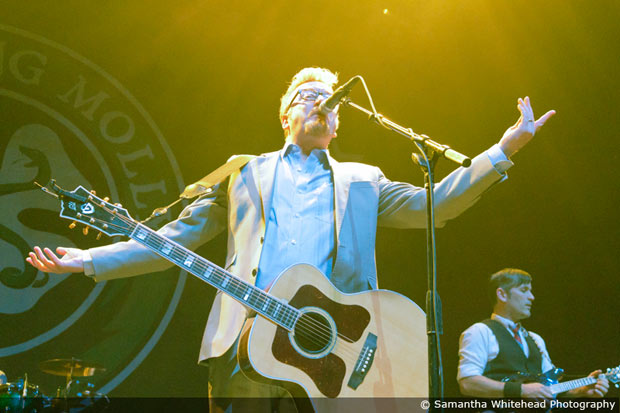 On Night One of 96.5’s ‘Night the Buzz Stole Christmas’ concert series, Friday, December 14th, Flogging Molly played to all the screaming, raging fans that The Midland could hold. After a long career of rocking, you might expect a band to lose their fire, but Flogging Molly brought as much energy and enthusiasm as could be expected, and then some.

Night One started with a compelling set from local Kansas City band Not a Planet, followed by some bluesy entertainment from ZZ Ward.  Morning Parade kept the evening’s spirits high, as did the sultry tones of The Dirty Heads.  When it came time for Flogging Molly to start, the crowd was pumped and ready for the rocking Irish. 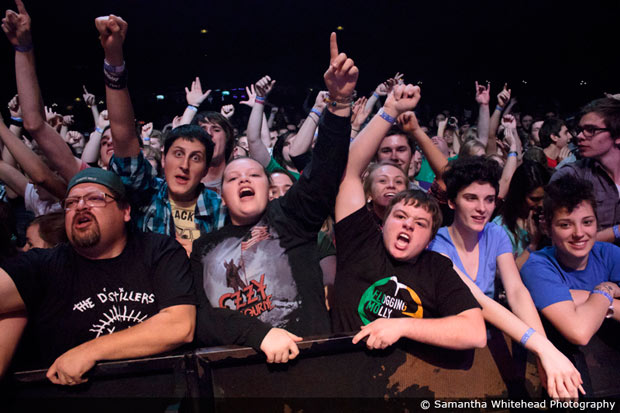 Photos of Flogging Molly at 2015 Riot Fest in Chicago, IL

Photos of Flogging Molly at House of Blues in Boston, MA on February 26th, 2014

QRO’s review of Flogging Molly at The Pageant in St. Louis, MO on June 8th, 2012

Photos of Flogging Molly at 2009 Rothbury Festival in Rothbury, MI

Flogging Molly put on a solid performance, playing all the old favorites.  The crowd swayed together during “Wanderlust”, and moshed en masse during “Rebels of the Sacred Heart”, “Drunken Lullabies”, and just about every other song you could name. Promoting their most recent album, Speed of Darkness, they played “Revolution” and “The Power’s Out”. 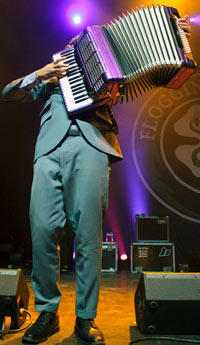 Throughout the set, Dave King bantered and riled the audience into a screaming, jumping, singing congregation, which seemed to be exactly how he liked it.  Bridget Regan played her fiddle and tin whistle beautifully, bringing even more Celtic spirit to the evening.  When all was said and done, the band had played for hours, and the crowd was thoroughly satisfied. 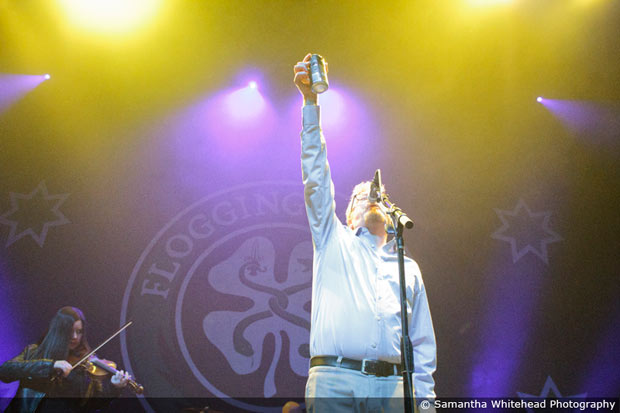