The fans in St. Louis turned out in droves to see Flogging Molly tear up the stage at The Pageant.... 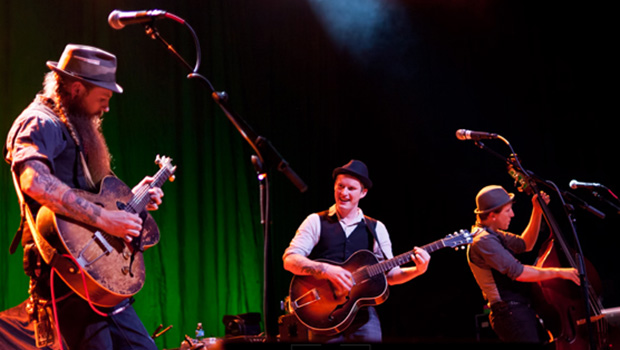 Friday night, June 8th, introduced The Devil Makes Three.  Their mixture of folky, blue grassy punk music and a helping hand of good old hillbilly made this eclectic trio a pleasure to experience.  Guitarist Pete Bernhard, upright bassist Lucia Turino, and guitarist and tenor banjo player Cooper McBean hail from Santa Cruz, California, and have been honing their sound since their first album was released in 2002.  Their unique style was the perfect choice to warm up the crowd for the main attraction. 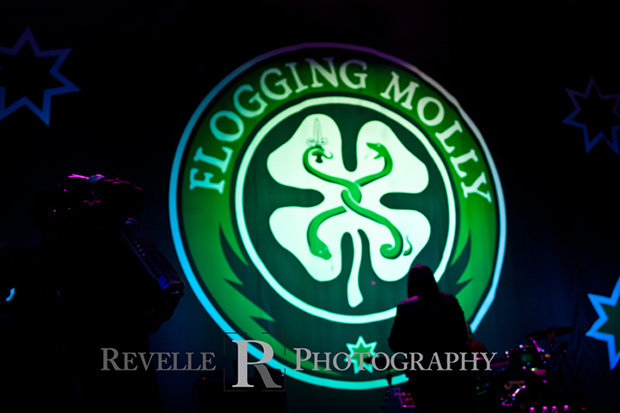 Click here for photos of Flogging Molly at Hammerstein Ballroom in New York, NY on March 2nd, 2010 in the QRO Concert Photo Gallery

Click here for photos of Flogging Molly on Vans Warped Tour at Nassau Coliseum in Uniondale, NY on July 18th, 2009 in the QRO Concert Photo Gallery

Click here for photos of Flogging Molly at 2009 Rothbury Festival in Rothbury, MI in the QRO Concert Photo Gallery 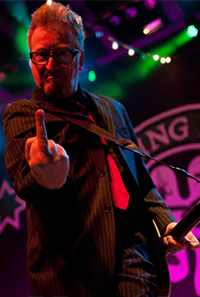 The fans in St. Louis turned out in droves to see Flogging Molly tear up the stage at The Pageant.  With the banner flying high behind the stage and the Irish hymn beckoning the crowd to their feet, this sold out show took a life of its own as the seven members took their respective places and set out to rock the night away.  Right from the start, “Likes of You Again”, the crowd got what they came to see.  Dave King was in a vocal groove so to speak, telling the screaming fans that he could see the 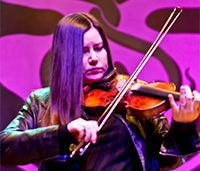 Irish in the house through the darkness as they transitioned into “Swagger”.

What impressed most was the musical skill of the entire band.  Not only does everyone but the drummer sing, but the array of musical instruments that they have mastered really sets them apart from the modern day touring band. 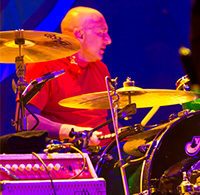 From the get-go, it was known that this show was going to top the two-hour mark and with a twenty song set list and a planned three song encore, one can’t imagine how they perform to this caliber on a nightly basis. 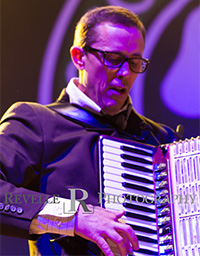 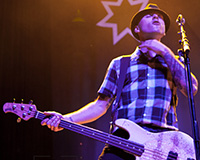 Some of the songs included “Tenement Square”, “The Sun Never Shines”, “Times They Are a Changin'”, and “Seven Deadly Sins”.  In case you are wondering what they saved for the encore, it was “Worst Day”, “Salty Dog”, and “Float”.

If you hurry, you can still catch the band before they make their trek overseas later in the month.  Check out their website for tour details.