Florence & The Machine played a special intimate show at a packed iHeartRadio Theater.... 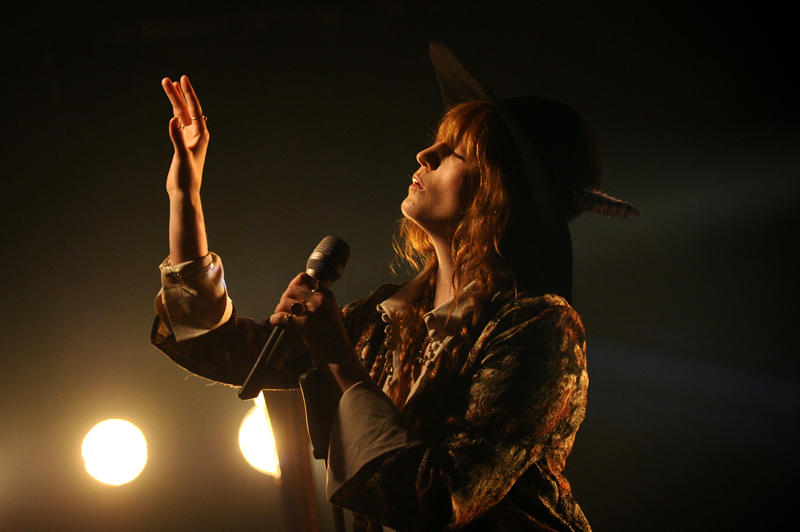 The success of Florence & The Machine has been an impressive thing, breaking through with their 2009 debut Lungs, and keeping that up with 2011’s Ceremonials (QRO review), an orchestral beauty (including an honest-to-god harp) that would seem anything but the flavor of today. The start of June just saw the release of third record How Big How Blue How Beautiful, and a big tour. But just after the release & before the tour, Florence & The Machine played a small, intimate show at iHeartRadio Theater in New York on Wednesday, June 3rd.

“Intimate” in more ways than one, as iHeartRadio Theater was packed to the gills and beyond (including a harp). The venue (QRO venue review) does usually host big-name acts playing a small place for contest winners and online video for iHeartRadio. Large sections of it are blocked off from the crowd for the variety of video cameras and sound equipment, including one on a dolly at the back moving right and left. There is even a VIP mezzanine in the back for all the record & radio industry important people. In short, the place is no stranger to a packed show, but this was a whole new level, with every inch a fan could stand being taken up. Your correspondent (who got there just before the performance started) was bumped in the rear by the camera dolly, but did get to witness VIPs try and fail to go through the dolly camera area to get to the mezzanine (that did work for a member of the FDNY…). 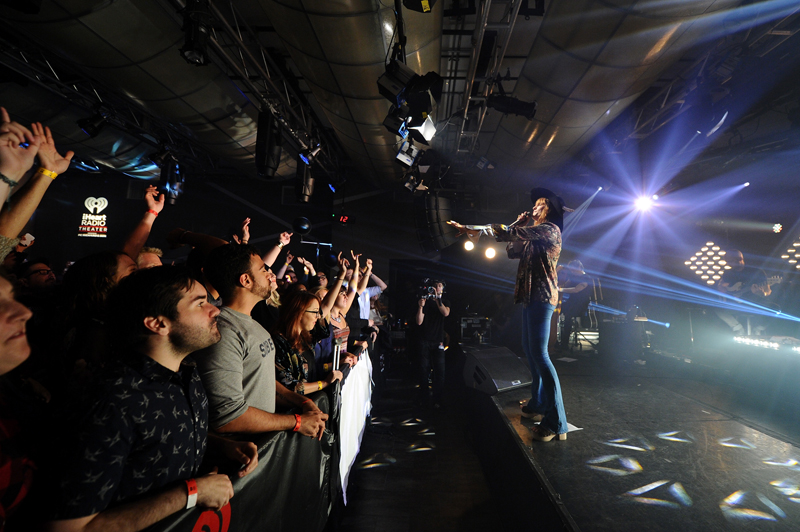 Playing a special free radio show the day after the release of their new album, naturally How Big was featured prominently. However, this wasn’t just a Blue performance, as Ceremonials, Lungs, and more were there. The set opened with “What the Water Gave Me”, a song whose title does admittedly sound like it comes from How Blue, but the actually Ceremonials piece well began it all. Then was the actually Blue “Ship To Wreck”, maybe the best song on the new record, and “another song about tragedy,” Ceremonials’ “Breaking Down”. Big’s “St. Jude” worked particularly well in the intimate setting, all quiet beauty, as did the following “Only If For the Night” from Ceremonials.

Usually at iHeartRadio Theater shows, the act is asked to play a cover they’ve never done before, for some exclusive & new content, and Florence & The Machine filled that request with Calvin Harris’ “Sweet Nothing”, which actually got a sing-a-long from the crowd. But the crowd – or “choir” as Florence Welch often referred to them as – was involved a great deal, particularly in the back half of the set. Of course, how couldn’t they sing along to the final two songs of the night, Ceremonials’ hit single “Shake It Off” and Lungs breakthrough “Dog Days Are Gone”? Welch even remarked that they could all come with the band on tour (“My manager’s crushed…”).

Welch also joked about her foot, as she’d broken the right one at Coachella in April. When asking herself why she put her water so far back, she answered her own question, saying that she wanted to show off that she could walk (again). She was wearing big wooden shoes, which did give her extra height for those of us in the back, but she still wasn’t allowed to dance (what is this, that town in Footloose?…). For “Dog Days”, Welch noted that this was the song she broke her foot on, so she asked the crowd to do all her dancing for her, and the stage floor – the ground floor of the massive AT&T Building – was shaking. 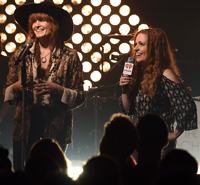 After the set, Welch did a short Q&A with the radio host, where surprisingly few people from the tight crowd left (probably hoping for the not-to-be encore). Welch talked about the new record, learning modern dance, and how she wasn’t supposed to talk about water for some reason, along with unusual inspirations such as artist Vali Myers.

Florence & The Machine come back to New York tomorrow for Governors Ball (QRO photos), which is sure to be a great performance, but it was really special to see her up close and intimate at iHeartRadio Theater. 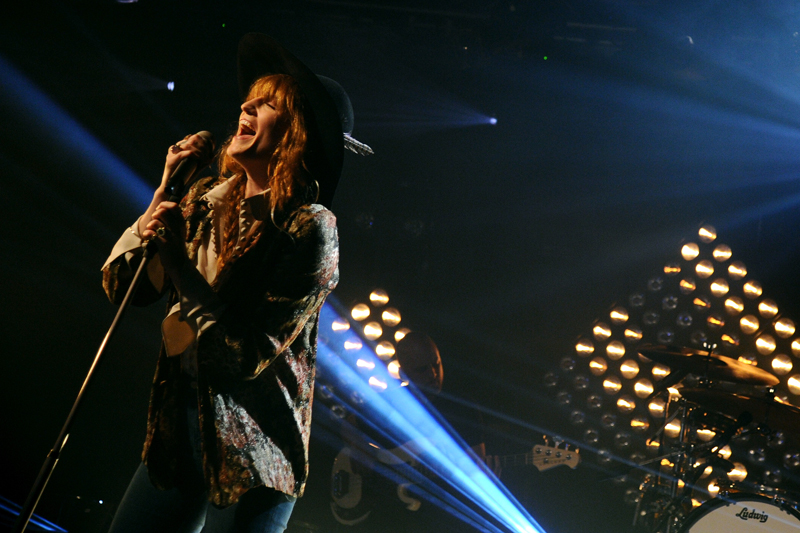