Experiencing Florence Welch, and her 8-person “Machine,” is more than a mere concert – it’s akin to an authentic religious experience.... 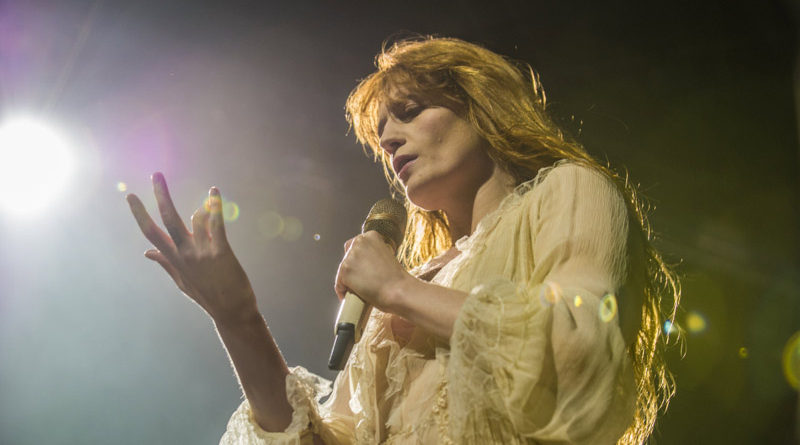 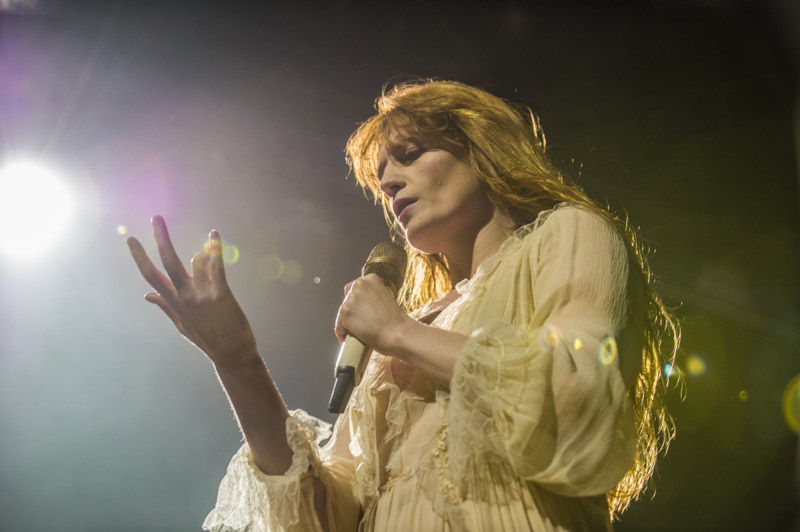 Click here for QRO’s review of Florence & The Machine at First Direct Arena in Leeds, U.K. on November 15th, 2018

Click here for photos of Florence & The Machine at Ascend Amphitheater in Nashville, TN on October 9th, 2015 in the QRO Concert Photo Gallery

Click here for photos of Florence & The Machine at 2015 Governors Ball in New York, NY in the QRO Concert Photo Gallery

Click here for QRO’s review of Florence & The Machine at iHeartRadio Theater in New York, NY on June 3rd, 2015

Click here for QRO’s review of Florence & The Machine at White River State Park in Indianapolis, IN on July 29th, 2012

Experiencing Florence Welch, and her 8-person “Machine,” is more than a mere concert – it’s akin to an authentic religious experience.

If this sounds like a wild exaggeration, you probably haven’t been lucky enough to partake in this communion between artist and audience – and the Thursday, June 6th performance at the Ameris Bank Amphitheatre in Atlanta was no exception.

The stage was set: Initially reminiscent of a big band, with decidedly feminine touches – a harp, a baby-pink drum kit – it quickly took on an otherworldly aura as Welch appeared almost magically. An angel in bare feet and a sheer ivory gown – which perfectly matched her ivory skin – she was highlighted by an overhead spotlight, revealing a striking and commanding figure in front of a vast sheet of starlight.

The show began with “June”, an anthem celebrating LBGT pride (for Pride Month), which included a most apropos lyric, “You’re so high / You had to be an angel.” This launched the two-hour-plus performance, which left nothing on the table.

From the ethereal swaying of a mythical fairy, to the spinning and leaping of a badass ballerina, Welch spanned the lengths of the stage, acting out each song with graceful gestures, and inviting the congregation to join in. She ran through the crowds of her devotees – trusting them to embrace and lift her toward the heavens as she sang out with a clear and unwavering voice.

Her band of world-class musicians perfectly complemented her own artistry, creating a singular sound, as powerful as it was enchanting. There was a primary emphasis on songs from High as Hope (QRO review), which had a particularly personal quality to them. From “Hunger”, a painful poem describing Welch’s childhood eating disorder, to “Big God”, a song about what she described as, “An unfillable hole in her soul,” she has a talent for transforming life’s tragedies into powerful – even joyous – messages.

Her influences in both song and performance are clearly recognizable: Stevie Knicks, Kate Bush, and Patti Smith all come to mind – both implicitly and explicitly – but Welch’s unique approach to her craft is all her own. Her song, “Patricia”, paying homage to punk pioneer Smith, is forceful yet poignant – and completely in character. There is something quite “punk” about telling your stark personal and political truths with such a feminine and spellbinding intonation.

This “Yin and Yang” was demonstrated with crowd-pleasing, musically complex hits like “Dog Days” and haunting, a-cappella ballads, like “Jenny of Oldstones”, from the recently ended Game of Thrones series.

As the show drew to a conclusion, the audience was invited to become a “choir,” serenading the singer – and each other – with the chorus of “Shake It Out”, as confetti floated from the celling like so many butterflies, and a rainbow flag was triumphantly waved by their troubadour.

As the lights came up and Welch’s flock reluctantly made their way to the exits, it was hard to imagine anyone experiencing this performance without recognizing Florence Welch as anything less than an Icon (or an icon in the making.). 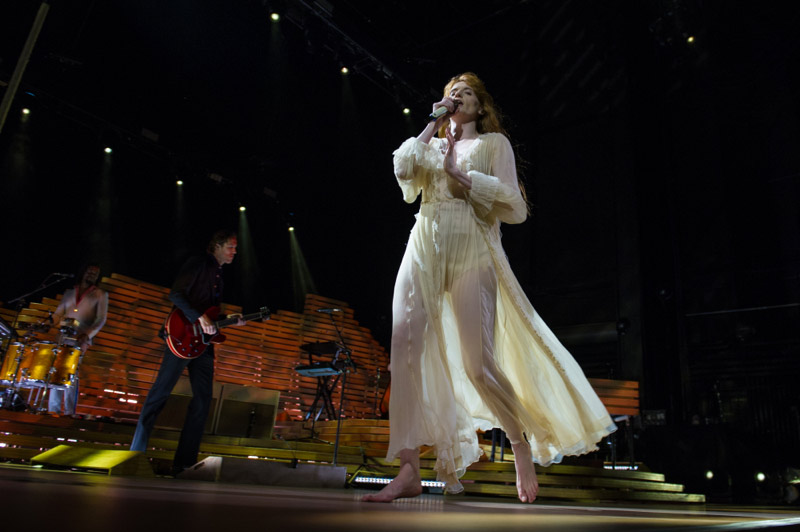 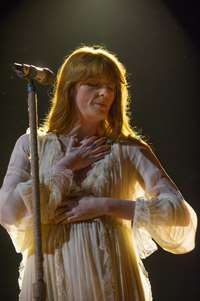 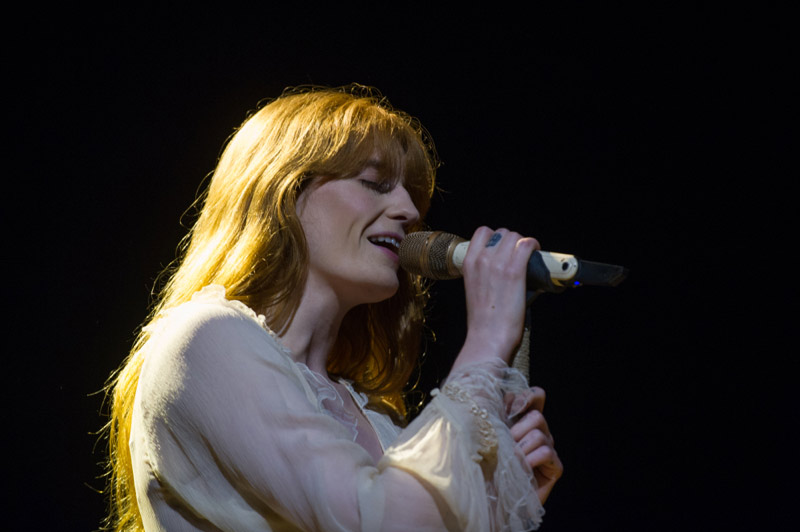