Foals – Everything Not Saved Will Be Lost (Part 1)

Foals have stabilized into a successful, popular indie-rock act.... 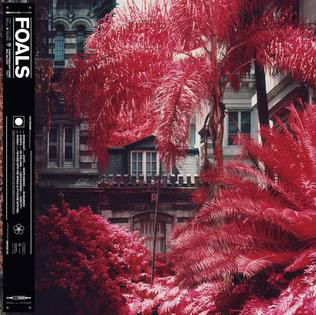 Foals have stabilized into a successful, popular indie-rock act. There were those who think that 2008 debut Antidotes was their pinnacle, followed by major label decline, but by now that’s long in the past. Everything Not Saved Will Be Lost (Part 1) sees them confidently take their big sound to directions both bright and dark.

Everything has frenetic pressure in “White Onions” and “On the Luna”, but also carrying uplift in “Sunday”. Some of the ventures go too far, like the hollow tones that aren’t inventive enough on “Café D’athens”, and the electronic procession of “Syrups” is nothing new. Closer “I’m Done With The World (& It’s Done With Me)” is just as maudlin as that name implies. But then there’s the ominous dance of “Exits” and “In Degrees”.

Foals were never really that little alt act that you could keep to yourself, and their grand ambitions certainly reach for the large crowds that they’ve been getting. Once you accept that, you can enjoy Everything.