Foals – Everything Not Saved Will Be Lost (Part 2)

Foals have managed to stay big after their heyday a decade-plus ago by shifting from indie-rock into something bigger & louder.... 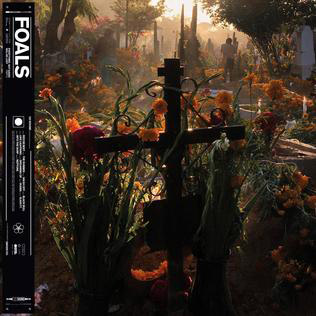 Foals have managed to stay big after their heyday a decade-plus ago by shifting from indie-rock into something bigger & louder. While this has dismayed early fans, it has delivered a different side to the band, with more ambition. That reaches it peak in Everything Thing Not Saved Will Be Lost (Part 2), their second album of 2019, following up on Part 1 (QRO review) earlier this year.

Part 2 is the kind of record that has a minute-plus echo-synth prologue, “Red Dessert”, and a ten minute-plus giant finish, “Neptune”. Largely, Foals’ epic rock doesn’t match the band’s vision, too mainstream to be truly revelatory, but pieces like the speedy rhythm & skills “Wash Off” and rock push “Black Bull” showcase what today’s Foals can do well. And the band certainly knows how to pull off the epic live.

Releasing multiple linked records close together is often a sign of an over-inflated ego (though not as much as the dreaded double-album), and the Everything Not Saved Will Be Lost two-parter is not the seminal collection Foals like wish it were. But it is a showing of epic consistency in ability.