'Sonic Highways', the “love letter” to the history of the American music scene, shares it’s name with the eight episode series directed by Dave Grohl, an American TV documentary... 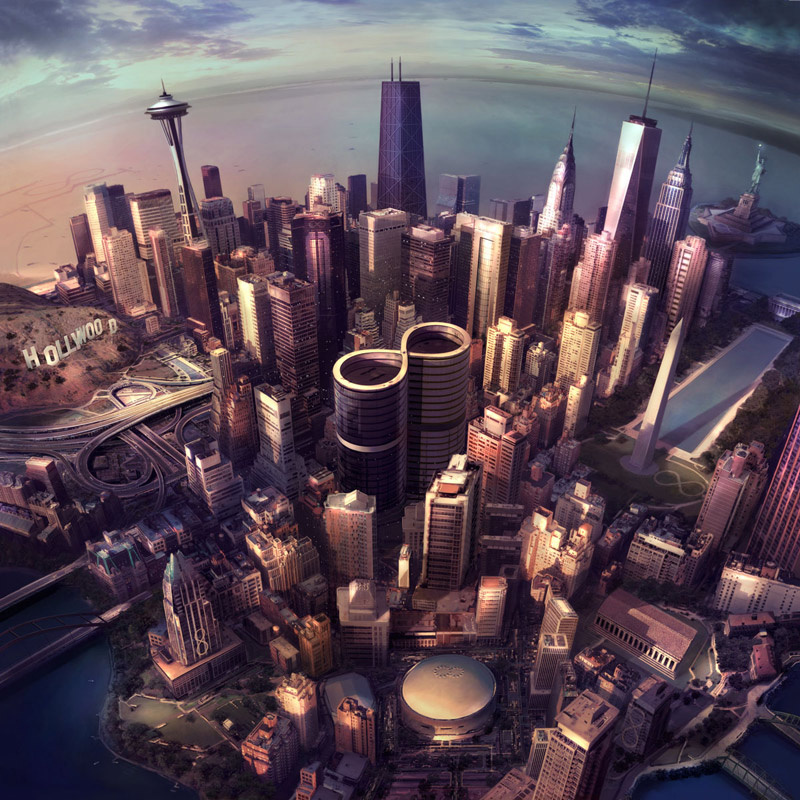 Sonic Highways, the “love letter” to the history of the American music scene, shares it’s name with the eight episode series directed by Dave Grohl, an American TV documentary which was made in co-ordination with this eighth studio album.

Although it is most definitely not a soundtrack to the TV series, the tracks within the album relate to each of the eight cities that were explored: Chicago, Washington D.C., Nashville, Austin, Los Angeles, New Orleans, Seattle, and New York. The band recorded one song in each of the eight cities they visited, delving into the history of local music; how each region shaped their musicians and the impact they had on their hometowns.

The music within the record does not feature anything radically different; it remains inherently within the alternative/hard rock sound that characterizes the Foo Fighters so well. They remain consistent, undeterred by the need for change despite having such a distinguished and formulaic sound. The pairing of both album and documentary certainly work well together, and it has to be agreed that the stories from the film “give substance and depth” to each track, but not to the extent that was originally expected, as without the televised documentary, the essence from each region in any given song is barely recognizable.

“Something from Nothing” starts the album off with a calm and gradual build up, reminiscent of “All My Life” from their 2002 release One By One as well as “The Pretender” from 2009’s Echoes, Silence, Patience & Grace, but based up a spectacularly groovy rhythm. Although normally they would have reached full capacity by the first chorus, Sonic Highways’ opening track is much more gradual, as it nears mid-song before reaching the climactic volume with Dave Grohl’s guttural roar. Proceeding on to the rest of the record, it seems the tracks soon fall into place in regards to the stylistic template the band follow, giving their all by the first chorus “‘The Feast and the Famine” and “The Congregation” deserving full mention), but despite the familiarity all tracks are strong contenders.

Clocking in at 42 minutes over the eight tracks, it is a record which makes you wish they had put in the time to visit a few more hotspots throughout the states – even though the underlying correlation between song and region is minimal, there is no denying that this is still a classic, and enjoyable, rock n’ roll Foos album.

A Day In Pictures – Until the Ribbon Breaks