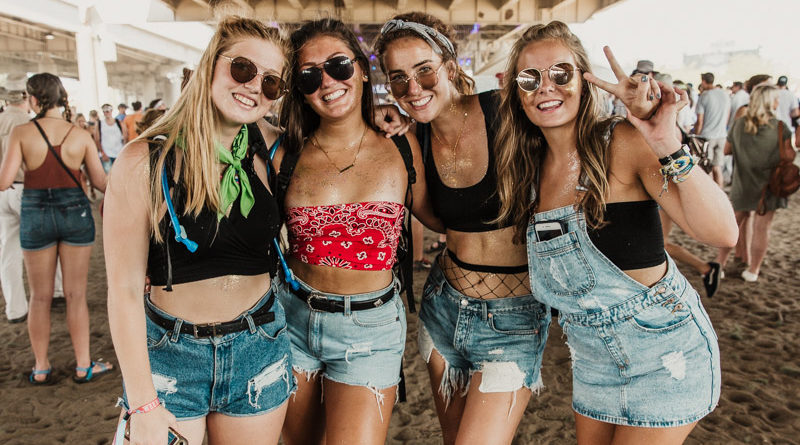 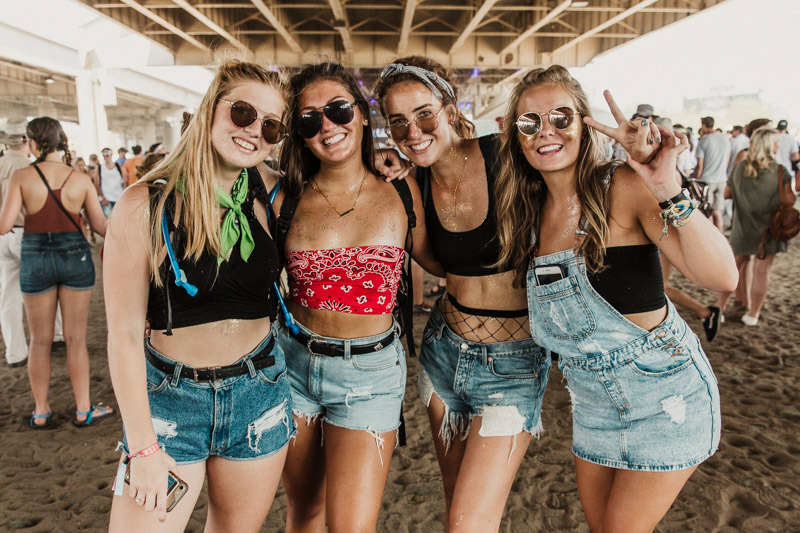 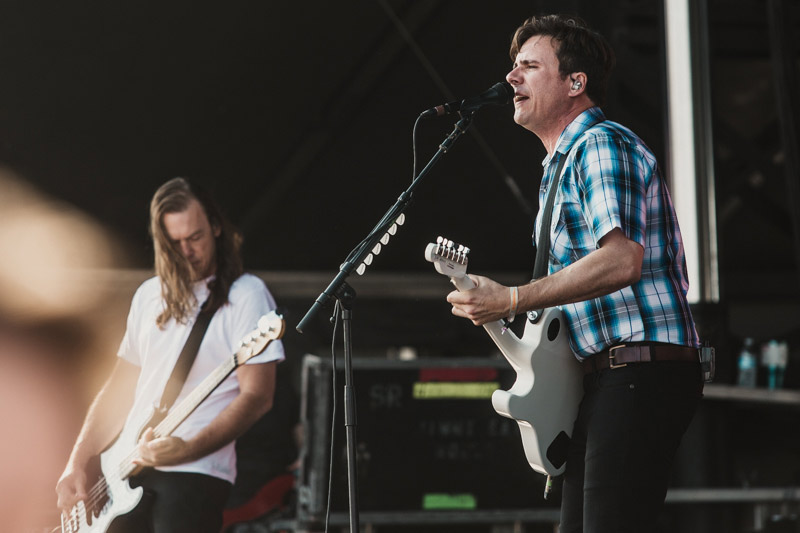 The long-dormant early ‘00s emo kid in me was giddy to see Jimmy Eat World at the Mast Stage. I’m happy for them that history has been kind enough to grant them the audience a main stage festival slot offers. I’m impressed that the 17 years since Bleed American have been much kinder to Jim Adkins than they have to me, if energy levels are any indicator. I’m heartened that they still play “Lucky Denver Mint”. I’m giddy “Hear You Me” gets as spirited of a rendition now as ever. And I’m incredibly hopeful that the multiple photocopies of 30-somethings wearing the same Vin Baker Celtics jersey missed their favorite band, a reunion with a long lost friend, or a chance at true love, all thanks to having spent 45 minutes shouting “PLAY THE MIDDLE!!!”

They’re going to get to it, you absolute clod. 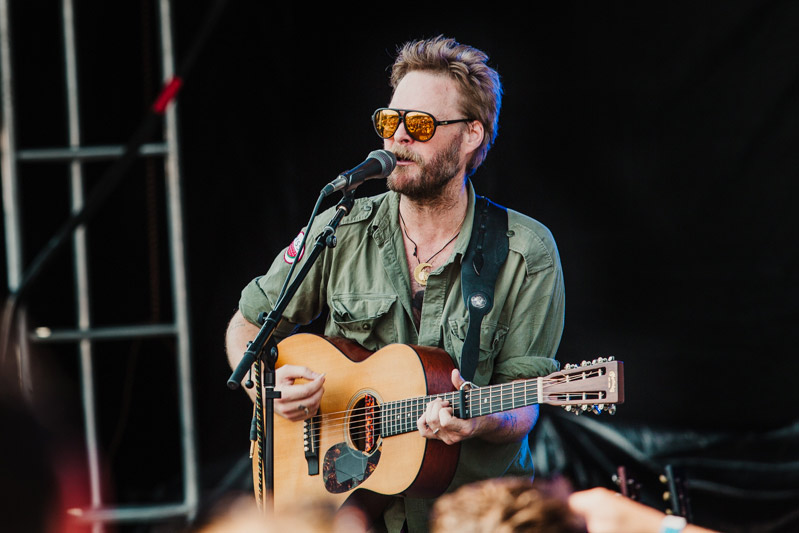 How does the rolling, energetic blues-jamming of Hiss Golden Messenger fit into Gods plan for Saturday at Boom Stage, said plan being, of course, to murder a sizable chunk of his creation via heat exhaustion (with a river in sight for that extra touch of spiteful panache)? Shockingly well. The rolling grooves of MC Taylor and his entourage seemed to urge the crowd to persevere, to keep chopping wood. 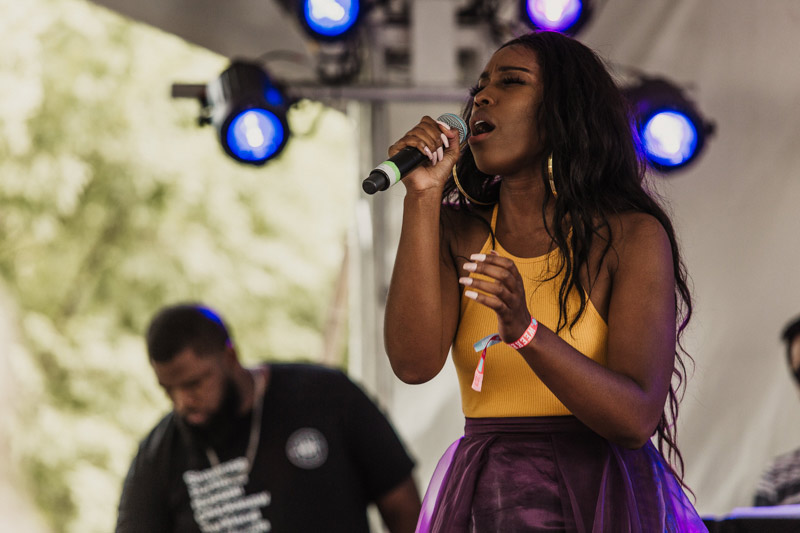 It should be said of the Forecastle organizers that they go to great lengths to incorporate local Louisville and greater Kentucky acts into the festival in ways that go beyond an obligatory booth or gesture. The West Louisville Showcase at Port Stage was emceed and conducted by Louisville musician and community organizer Jecorey “1200” Arthur, this set was an inspiring celebration of the rich culture of West Louisville through dance, song and the most lock-step youth drum line I’ve ever witnessed. This was one of the most fun sets of the weekend, and by some distance, the most poignant, made all the more so by a snide, backhanded comment by the state’s governor, for whom such insensitive oafishness is unfortunately very on-brand. More people needed to see it, but the hope is that the experience resonated within those who did.

By dusk, the sun had, in a move completely against the grain of Forecastle canon, given way to an overcast ceiling that remained for the rest of the weekend without overstaying its welcome. Closing out the evening at the Boom Stage was The War On Drugs, a band which, on record, somehow manages to both invite and defy comparison. Adam Granduciel leads through every contour, every hinge (the triumphant turn in A Deeper Understanding’s “Strangest Thing” is somehow even thrilling in person), the best place on the journey to shout defiantly and/or meditate on the toll of the miles past. The beauty and the pain. A sound that filled every inch of the generous riverside expanse without once seeming to have to stretch to do so. This was the set of the weekend. 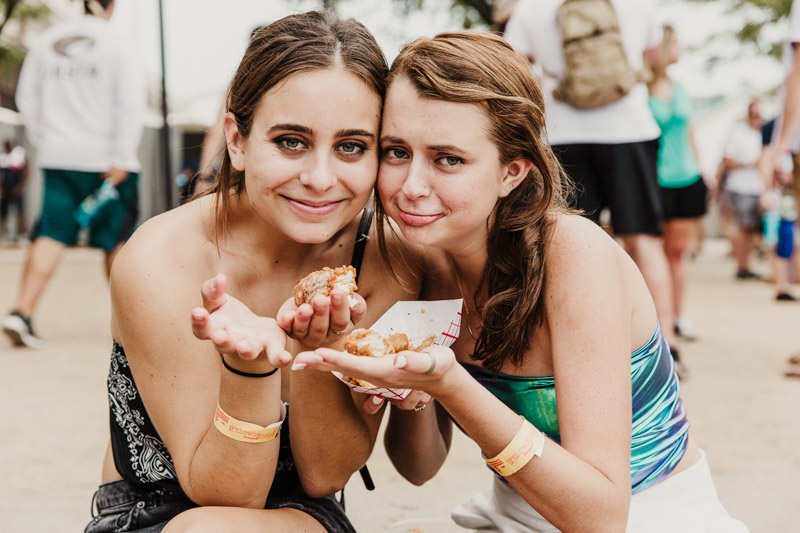