Forest Hills Stadium is located at 1 Tennis Place, usually with police and security directing attendees down Burns Street. It is the home of the West Side Tennis Club,... 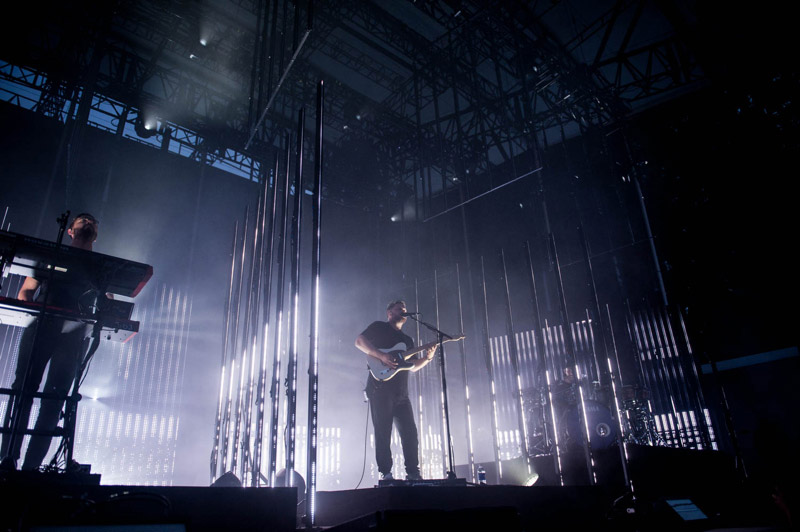 Forest Hills Stadium is located at 1 Tennis Place, usually with police and security directing attendees down Burns Street. It is the home of the West Side Tennis Club, and the stadium played host to the U.S. Open from 1915 to 1920, and 1924 to 1977. Scenes in from Alfred Hitchcock’s Strangers On a Train and Wes Anderson’s The Royal Tenenbaums were filmed there. In 2013 it was reopened with a concert by Mumford & Sons, and holds a handful of concerts every summer, as well as being the summer home of the New York Pops.

After walking down the street and going through ticket collectors, there is a large outdoor space outside the actual stadium, with booths for beer, food, etc. There are also booths underneath the stadium’s top, near the entrances, as well as a porta-potty bathroom area roped off with just two entrances/exits. Inside the actual stadium is divided between the standing room GA in the center, VIP area on the side, and tunnel stairs towards the various sections. There is security at the various section entrances. The tunnel stairs are notable for their muffling of sound, designed to minimize impact on the residential neighborhood, as a sign says inside them. The stadium seats are just bleachers, but do have assigned seat numbers.

Unlike other big outdoor summer spots in NYC such as Central Park SummerStage and Prospect Park Bandshell, all the regular concerts at Forest Hills Stadium are ticketed. It is rather distant from Manhattan and Brooklyn, though the subway usually has an express with only a few stops, plus it and the Long Island Railroad get out with a few blocks of the place. The sound and lighting is as strong as expected, as are the drink prices. Even regular NYC concertgoers might only visit the place once or twice in their lifetimes, but it is always great to have another big outdoor option in the city. 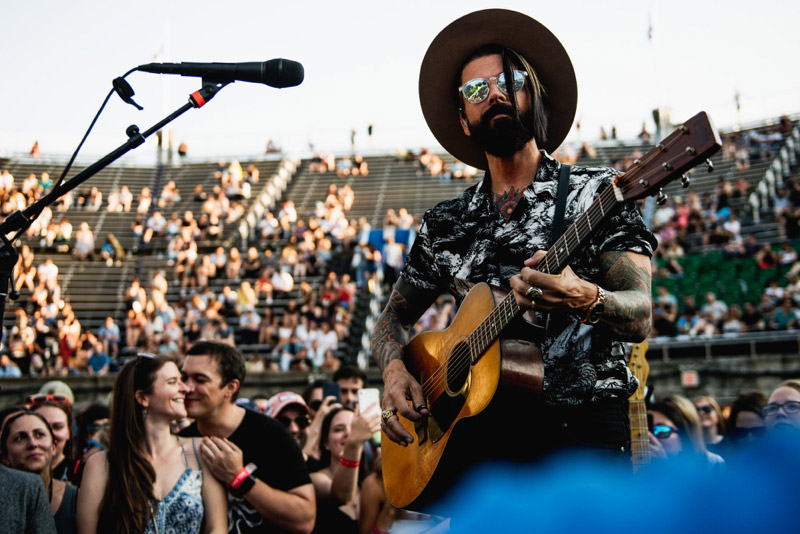