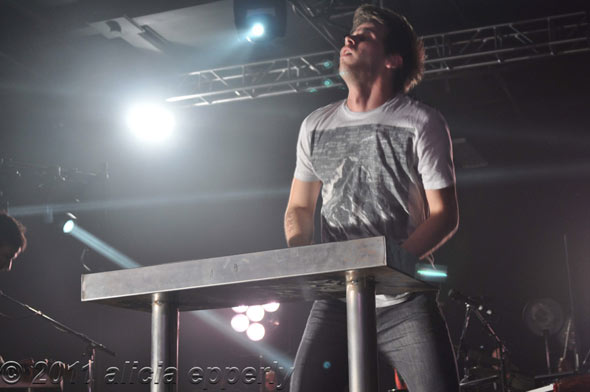 Click here for photos of Foster the People at Central Park SummerStage in New York, NY on May 30th, 2012

Click here for photos of Foster the People at Central Park SummerStage on May 29th, 2012

Click here for photos of Foster the People at 2011 POPPED! Festival in Philadelphia, PA

Click here for photos of Foster the People at SXSW 2011 in Austin, TX

For Foster the People, 2011 has been quite the year so far.  It all started with their single “Pumped Up Kicks” becoming one of the most played songs of the year.  Their debut album, Torches (QRO review), came out in May and the band spent most of the year touring, playing festivals and making television appearances.  And according to the reaction of the sold out crowd at the Roseland Theater in Portland, OR on October 12th, the band was a huge part of the fans’ 2011 as well. 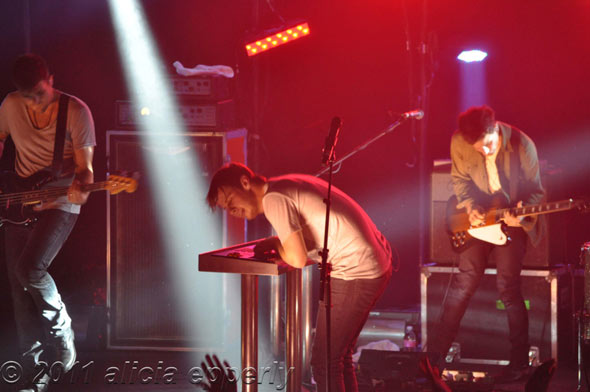 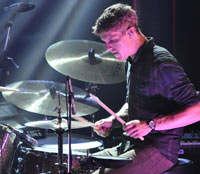 The trio of Mark Foster (lead vocals, keyboards, guitar), Cubbie Fink (bass) and Mark Pontius (drums) also included touring members Sean Cimino (guitar, keyboard, synthesizer, backing vocals) and Isom Innis (keyboard, piano, percussion, backing vocals).  The concert was done in just under an hour, but considering they only have so many songs they can play at this point in their young career, that seemed fair.  In fact they played all but one song on the album.  The one song played that was not on Torches (“Broken Jaw”) was featured as a bonus track on a special edition of the album. 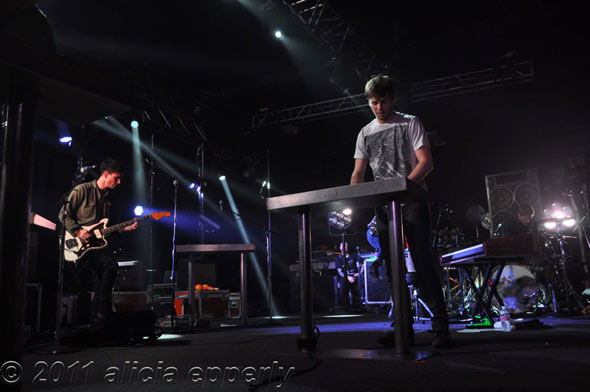 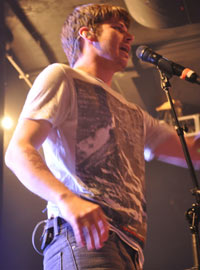 Opening with “Houdini”, the band began a night of countless (and seamless) mid-song instrument changes, high energy and Foster’s backward dancing.  Regarding the instrument changes, it added so much to the songs (and stage show) and proved that these guys are pretty talented.  If one member missed a switch, it could have ruined a song, but they consistently hit their marks over and over.  Their secret weapon is Innis, who was nothing short of spectacular, and here’s to hoping he’s not just a touring member anymore.  He augmented Pontius’s drumming perfectly which gave the songs a seriously hard and hypnotic beat all night.  In some ways, Foster the People are reminiscent of the late ‘90s one-hit wonder The New Radicals (“You Get What You Give”).  They have similarities in the catchy shout-along danceable anthems.  Though chances are, when all is said and done, Foster the People will be a multiple-hit wonder. 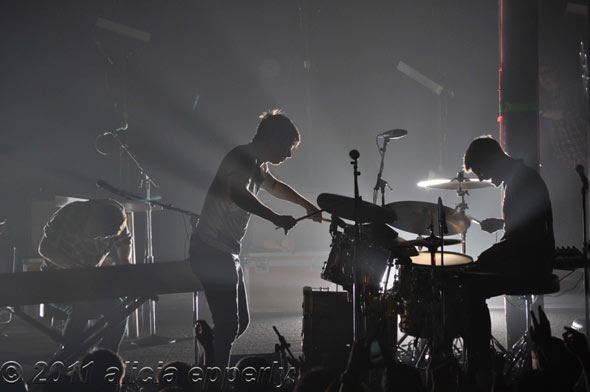 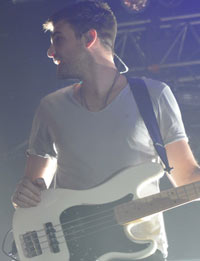 From the reaction of the crowd, the band should consider releasing “I Would Do Anything For You” as its next single.  Its chorus had over 800 background vocalists and was a standout.  “Broken Jaw” was another highlight with its throbbing dub and is a worthy song for people to track down if they didn’t get it on the standard issue of Torches.  In fact, a number of songs had a cool dub treatment added to them, which enhanced the songs very well, and it’d be interesting to hear them continue to explore this in the future.  The band wrapped up the main set with the one-two punch of “Don’t Stop (Color On the Walls)” and “Helena Beat”.  Of course the anticipation had been building all night for that ONE song, and they delivered a blistering eight-minute version of “Pumped Up Kicks” that left the crowd in near hysterics.  It was a remarkable show and from the looks of things, 2011 may not be the only great year that Foster the People end up having. 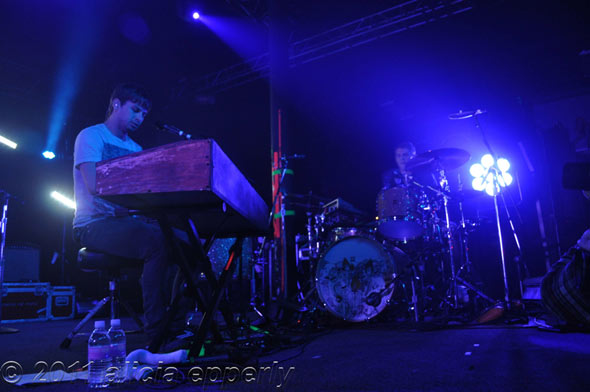 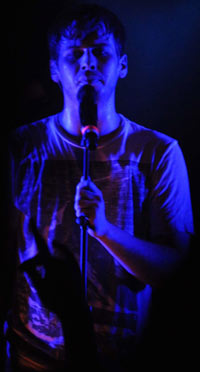 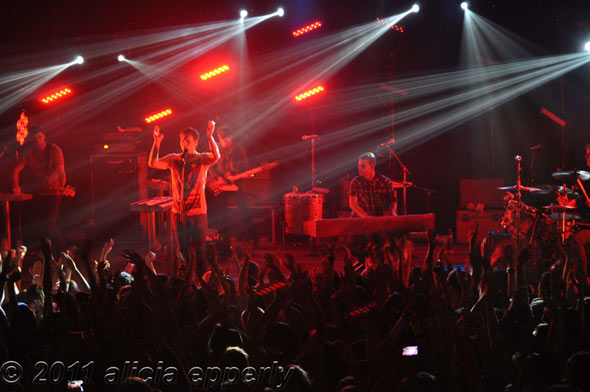