'Always Ascending' still feels very much like the Franz Ferdinand you know – but now comes off as more refreshing than a retread.... 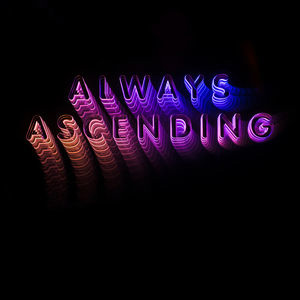 Like many alternative acts that broke out in the first decade of this century/millennium, Glasgow’s Franz Ferdinand have long been accused of repeating themselves, such as on their last record, 2013’s Right Thoughts, Right Words, Right Action (QRO review). Since then, the band has undergone changes, including teaming up with eighties art-rock act Sparks as FFS (QRO photos), and the departure of guitarist Nick McCarthy last year. Yet new album Always Ascending still feels very much like the Franz Ferdinand you know – but now comes off as more refreshing than a retread.

Franz Ferdinand’s most signature style has always been its dance-procession, since 2004 breakthrough single “Take Me Out”, and that is still quite present on Ascending. However, it comes off as wrier than simple dance on such songs as “Finally” (which celebrates finding your people), “Lois Lane” (with the killer line, “At the over-thirties singles night / It’s bleak!”), and “Huck and Jim” (it’s own oh-so British chorus, “We’re going to America / We’re gonna tell them ‘bout the NHS”). Some of the songs are too basic FF, like the grand “The Academy Award”, the photo-love big disco of “Glimpse of Love” or the winking indulgence to “Lazy Boy”, but this is a band comfortable with who they are, and even their expected pieces like those vary.

Perhaps it’s because dance music has so blown up since Franz Ferdinand blew up that the band feels less like an alt-rock act doing dance, but rather a dance act doing alt-rock. Their alt-dance doesn’t feel repetitive in today’s world, standing out once more.