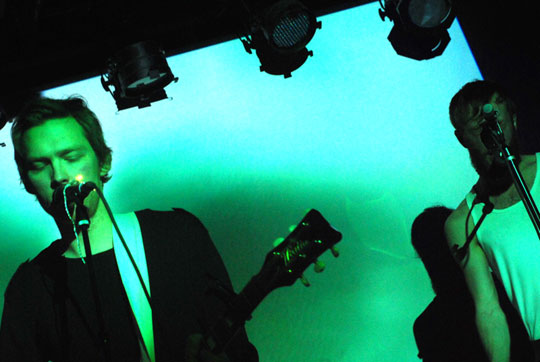 Ever since the ‘Swedish Invasion’ of indie-rock in the middle of the last decade (QRO’s Swedish Sensations), Scandinavian alternative music has largely been known for two very different threads: indie-pop, like Shout Out Louds’ about-to-be-released Work (QRO review), and atmospheric haunts, such as Iceland’s Sigur Ros (QRO live review).  With Ros on indefinite hiatus, there’s a hole in the enchanting, spooky Nordic music world, and a good candidate to fill it is Mälmo’s Fredrik, who came to New York for a run of shows, including one at Piano’s (QRO venue review) on Monday, February 15th. 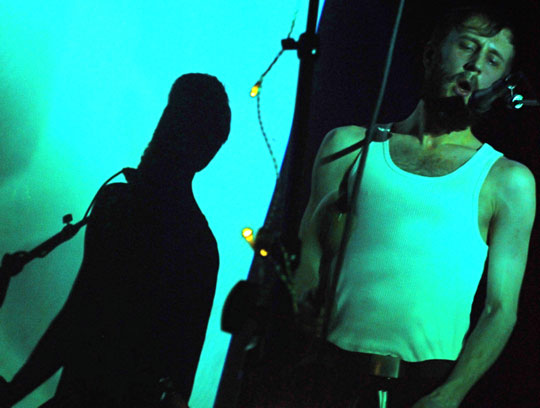 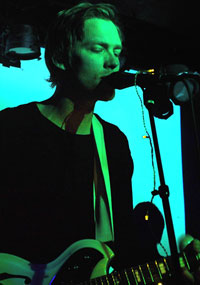 The pair of artists, Fredrik Hultin and Lindefelt, came to America on the back of their recently released sophomore LP, Trilogi (which is itself a collection of three EPs – QRO review).  The duo’s high haunt started with some oohs, and then launched into the high haunt of Trilogi with three songs from the first EP, "Milo", "Holm", and "Vinterbarn" (though the last one is actually first on the EP & LP).  Fredrik had dimmed virtually all the lights, with only the constant run of a projector film (done from computer) laid on top of them.  That kind of stage imagery can feel gimmicky, but it fit perfectly with the band’s sound, lost in the cold, bright wilderness of the north, with only your shadow for company.  Fredrik followed up that triptych with two pieces from the last of the three EPs, the excellent "Mujina/Locked In the Basement" and the impressive "Viskra" [note: though the song titles on Trilogi are in Swedish, the band sings in English].

But this wasn’t just a Trilogi showcase (maybe that was the night before, at the often-used-for-industry/press-purposes Mercury Lounge – QRO venue review), as the pair eschewed playing any of the middle EP (unfortunately, that meant no "Ava", and its large harmonies & fine procession).  Instead, they improvised a bit, responding to audience requests and shifted to their first record, Na Na Ni.  The removed "Alina’s Place", sweet "Black Fur" and intimate "11 Years" were done so well that they threatened to overshadow the Trilogi work.

Fredrik play two more Big Apple shows, Thursday (QRO concert listing) at Brooklyn’s Union Hall (QRO venue review), and a Friday in-store at Permanent Records (QRO concert listing).  But it would be hard to match the chills one got at Piano’s, chills that had nothing to do with the weather. 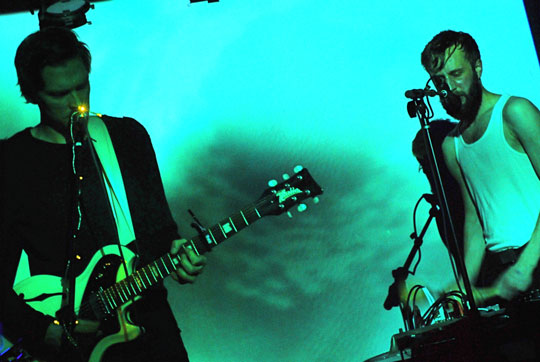