<img src="http://www.qromag.com/wp-content/uploads/2010/05/freelancewhalesweather.jpg" alt=" " />The latest alt-folk collective brings the bright sounds of the dying days of a singular summer. ... 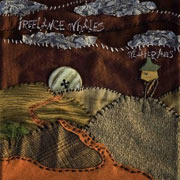 Photos of Freelance Whales at Metro in Chicago, IL on April 26th, 2011

Photos of Freelance Whales at Rachael Ray’s Feedback outside of Bell House in Brooklyn, NY on June 19th, 2010

Photos of Freelance Whales at Webster Hall in New York, NY on May 5th, 2010

Photos of Freelance Whales at SXSW 2010 in Austin, TX

Photos of Freelance Whales at Music Hall in Williamsburg in Brooklyn, NY on March 1st, 2010

Photos of Freelance Whales at Webster Hall on December 18th, 2009

Alt-folk has traditionally been seen as essentially a solo project, just a singer/songwriter troubadour with his acoustic instrument; any other instrumentation was merely supplemental.  But as alt-folk has boomed in popularity, in both indie & mainstream circles, a new form has arisen: the alt-folk collective.  Well, it’s actually an old form, the family/congregation/community getting together to make music, and it never really went away, but restrained sounds meant a restrained number of performers in many people’s minds.  But the alt-folk collective has been picking up steam in the past year or two, in such acts as Freelance Whales and their debut, Weathervanes.

Though released in the spring, Weathervanes has the feel of autumn, of the end of that one magical summer you see in a million-and-one books (like That Summertime Sound – QRO review) and movies, all aping The Summer of ’42 (best aped by The Simpsons episode, “The Summer of 4’2″”), the kind of summers no one ever actually had.  The sadness of the end of summer is present, but the overwhelming feeling is one of joy at having had that great summer, of the brightness of summer.  From the lilting growth of opener “Generator ^ First Floor” to the resigned-but-uplifted penultimate “Generator ^ Second Floor” (with the airy & expansive closer “The Great Estates” serving as the last echoes), brightness reigns, but not an energetic shine, rather a relaxed one.

Freelance Whales are not the first alt-folk collective these days, and they’re also not the first alt-folk act of today to take in some indietronica.  The brightness is relatively electronic on “Starring” and “We Could Be Friends”, but Weathervanes is definitely far more folk than ‘tronic, with three minute-plus instrumentals.  And focusing too much on rhythm can take away from the band’s strengths, like on the staccato, and rather thin, “Kilojoules”.

It’s a bright day for alt-folk groups that are actually groups: witness the success of acts like Fanfarlo (QRO album review) and The Low Anthem (QRO spotlight on).  And the bright uplift of Freelance Whales’ “Hannah” certainly raises the spirits.  But Weathervanes also traffics in sadness, such as in the heart-touching & -breaking “Broken Horse”.  Putting it all together is what makes the record a summer to remember.