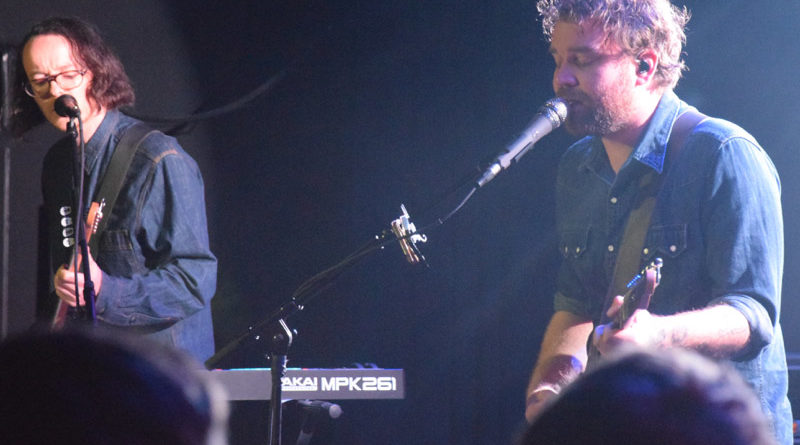 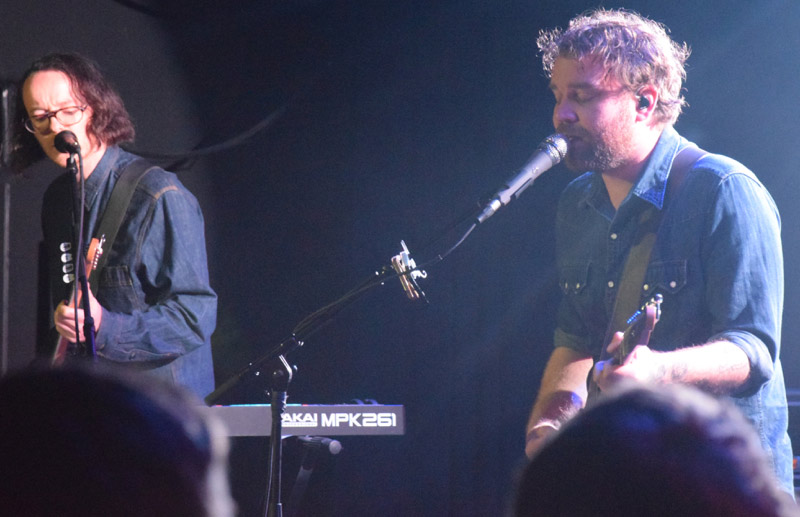 “We were one of two guitar bands at a hip-hop festival in Queens. It’s nice to feel old & fuckin’ irrelevant – thank you for making us feel young & relevant.” Scotland’s Frightened Rabbit played a small show on Monday, October 3rd at New York’s (le) Poisson Rouge (QRO venue review), and going in, it could have seemed superfluous. They had just played said festival, Meadows, two days before, and had played New York in May (QRO live review) at the much bigger Terminal 5 (QRO venue review) in May, touring behind this year’s Painting of a Panic Attack (QRO review). Yet not only was the show vibrant and alive, but special as well, even for long-time fans.

To be fair, this was a small-for-them venue. Frightened Rabbit had played (le) Poisson Rouge before, way back in 2009, but even then it was a tight fit. Singer Scott Hutchison (QRO interview) may have joked that there weren’t that many people there that long-ago night (though your correspondent was – QRO review), but it was a packed crowd even then. Such shows can end up being a disappointment, with too many people in too small a space, all of whom think that they’re VIP (piece of advice: if you’re going to a popular rock show at a small, standing room only space, don’t be surprised when there’s a bit of drink-spill on you or your wife). But Frightened Rabbit fans were just the right level of excited for the band, but not self-important about themselves.

The latter definitely could be taking a cue from the band. Hutchison self-deprecatingly joked about their irrelevance, the poor idea of making that prior (le) Poisson Rouge show all-request (“I need a teleprompter… I don’t even remember yesterday”), and getting unwarranted cheers from the crowd for everything from going on the subway to jerking off in front of Trump Tower (“Got arrested. They misunderstood what I was doing, a form of protest…”) to him singing, “Jesus”, the first word of “Heads Roll Off” (“Cheered for ‘Jesus’? You’re at the wrong show…”). The crowd was probably older than at Meadows (which actually took place in parking lot of CitiField, days before The Mets return for their wild card playoff game), but also way more into it. 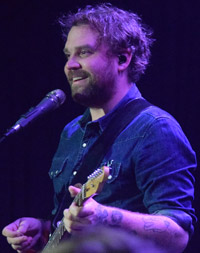 Indeed, most-to-all were likely at the Terminal 5 show back in May, which made it nice that Frightened Rabbit shifted their set list. That show had understandably been heavy on the new album that they were touring, whereas this show was more balanced, with the most songs actually coming from 2008 breakthrough Midnight Organ Fight (though none from 2006 near-solo debut, Sing the Greys). Admittedly the beginning of the set was similar to May and Panic heavy, including regular opener “Get Out”, but even those songs were different in such a smaller setting, especially as the band & venue didn’t skimp on the lighting effects. After Panic’s “Wish I Was Sober”, Hutchison joked about their older songs reaching elementary school age – and what about when the songs about drinking reach drinking age (which is younger in Scotland…), like the following “Living In Colour” from 2010’s Winter of Mixed Drinks (QRO review)?

People say that Frightened Rabbit, like many Scottish acts, are all sadness, but they actually do different versions of it. There’s the sorrowful acoustic side, like when Hutchison returned from the encore break solo to play Panic’s “Die Like a Rich Boy” and two audience requests, “The Twist” (which he said he hadn’t played in ages) and “My Backwards Walk” (both from Midnight). But there was also the electric group rock out in songs such as Panic’s “Break”, Winter’s “Living In Colour”, and Midnight’s “Old Old Fashioned” & “Keep Yourself Warm” into the encore break, to say nothing of the final two songs of the night, back with the band, the more rarely played “The Woodpile” from 2013’s Pedestrian Verse (QRO review) and Winter’s “The Loneliness and the Scream”.

After an epic shows that even many long-time fans called the best from them that they’d ever seen, Frightened Rabbit felt anything but irrelevant. 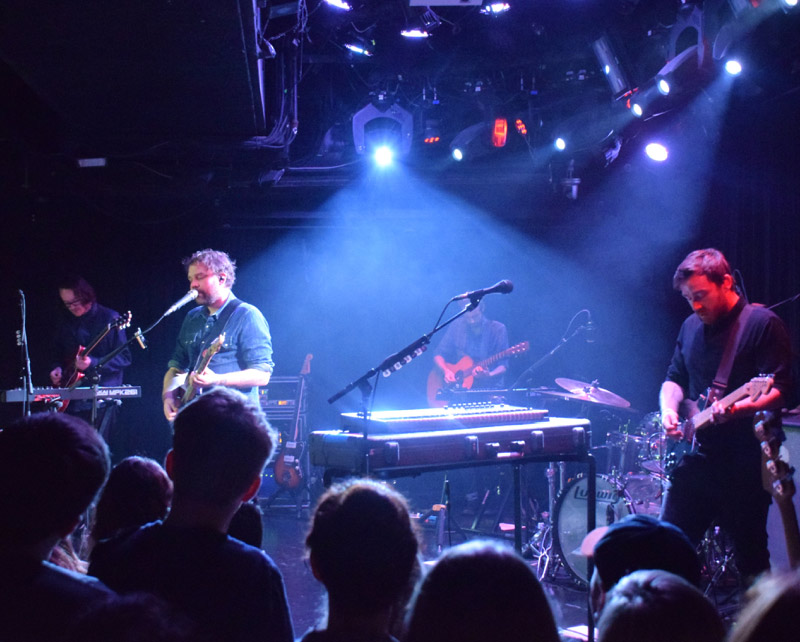