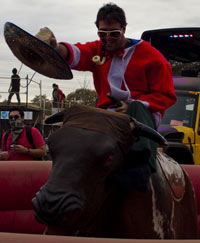 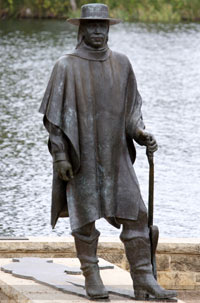 In a mere six years, Transmission Entertainment, the founders of FFF, have put together a three-day festival that can contend with the greats, but still maintains its modge-podge of Austin-y charm and ‘weirdness’.  This is the first year FFF has been held at Auditorium Shores (a much larger venue than its prior location, Waterloo Park) and drew in slews of versatile fun-goers.  To entertain the crowds, the festival consisted of four stages that housed a variety of acts, musicians, bands, comedians, even wrestlers, to delight almost anyone’s fancy.  Except maybe your dad… if he’s boring.
[click on an act’s name or image for full gallery] 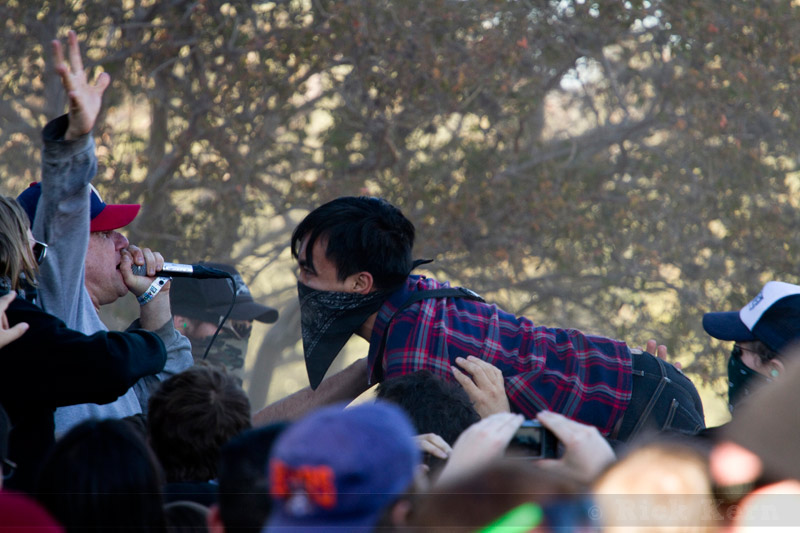 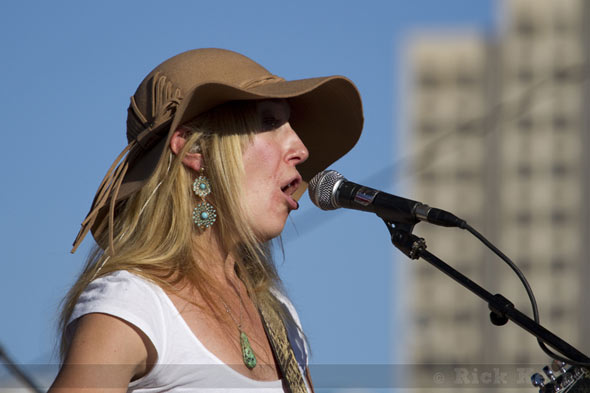 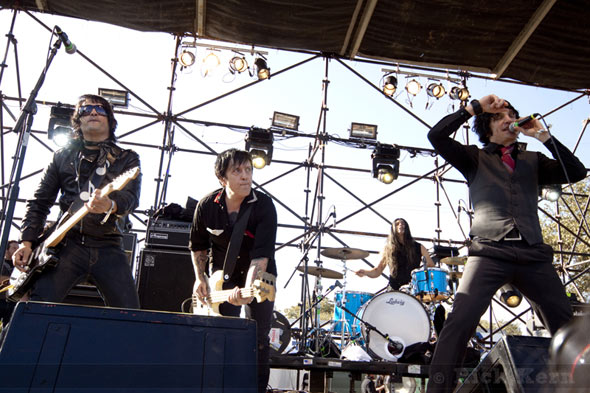 Besides the wide array of food trailers and epic Austin skyline backdrop, here are some things to love about Fun Fun Fun Fest: 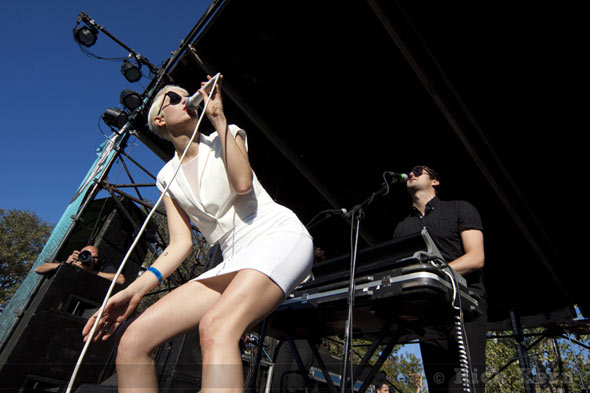 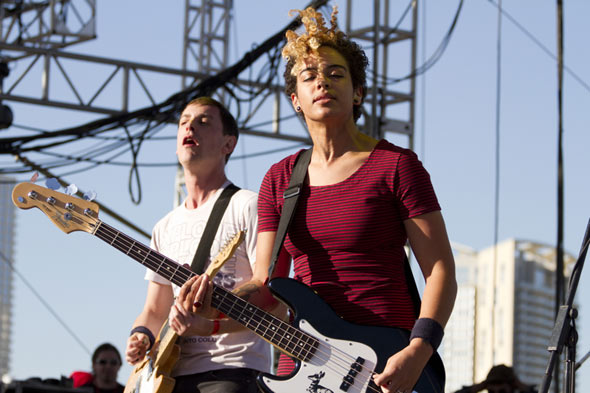 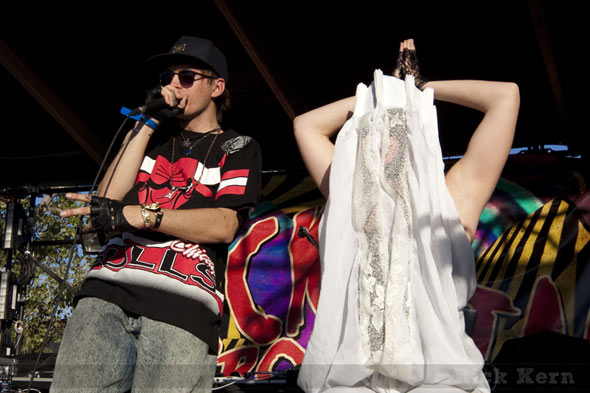 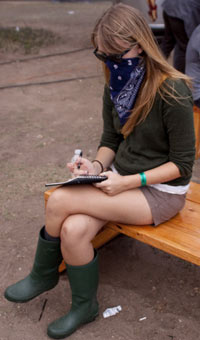 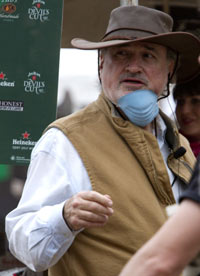 Where in the world can you see Slayer fans bobbing their heads to the experimental beats of Flying Lotus, children and hipsters listening intently to The Budos Band, and nerd bombs dancing sexy to Austra?  Not many places, but definitely here.

The festival was also an impromptu fashion show.  The crowds dug out their quirkiest of quirky wear, while almost everyone else adorned themselves in the finest Buffalo Exchange, American Apparel and Urban Outfitters had to offer (and that’s not a knock on those stores – they contributed to some goooood lookin’ outfits). 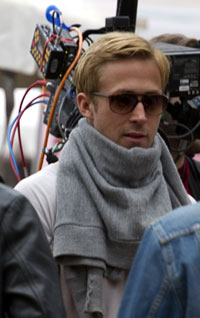 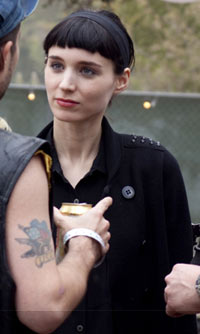 Lest one forget the bandanas?  Unlike Austin City Limits Festival (QRO recap), held down the street at Zilker Park, FFF did not have the luck and/or funds to have a luxurious padding of grass.  So since Austin is still in a major drought, FFF became a giant dust cloud.  By the second day of the festival, almost everyone went into survival mode, wearing bandanas, scarves, masks, and, in some cases, t-shirts tied around their faces.  Even Ryan Gosling was spotted covering his handsome mug.  Yep, in case you hadn’t heard, Ryan Gosling was at the festival shooting Lawless, a new film by Terrence Malick, also starring Rooney Mara (currently The Girl with the Dragon Tattoo).  Spotting ‘The Gos’ became an obsession for many of the festival goers – though it was actually pretty easy to spot him, as he was there all three days and even I locked eyes with him, sharing a “Hey” while dancing backstage during Big Freedia‘s booty-shaking set.  Haven’t washed my eyeballs since. 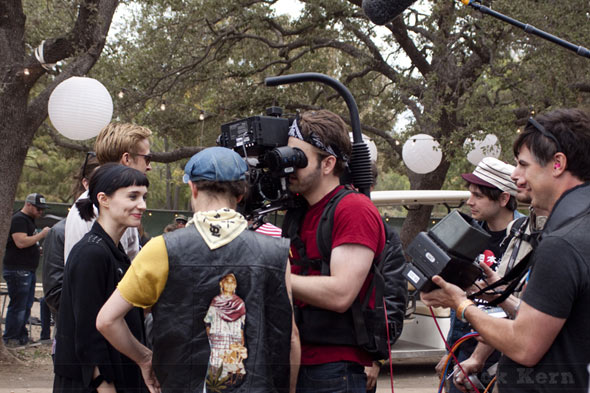 Here he is watching The Budos Band (from backstage, of course…): 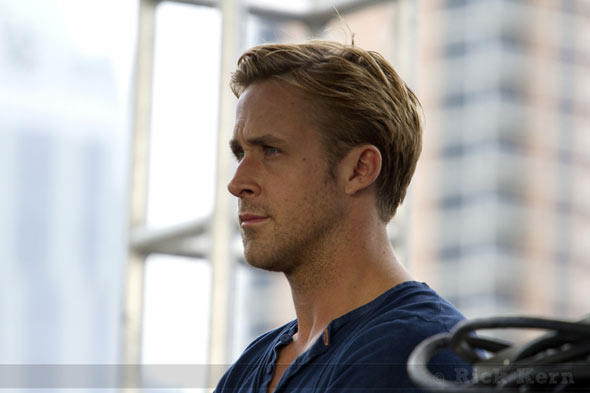 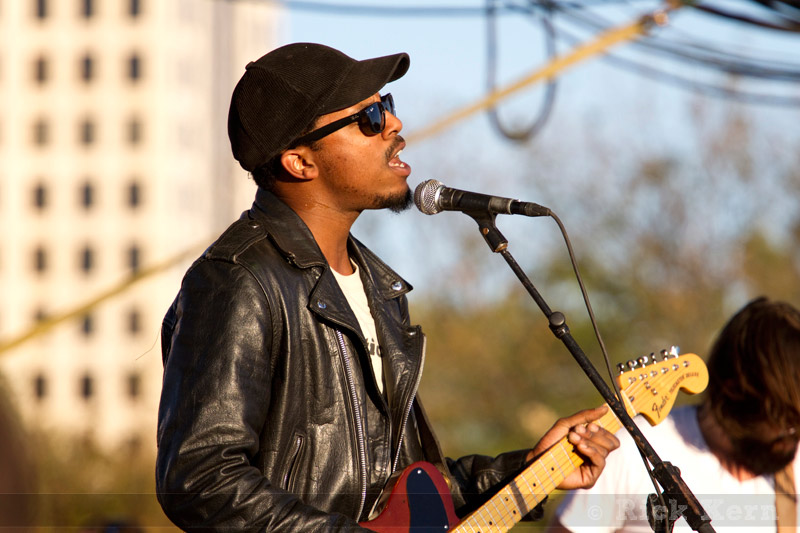 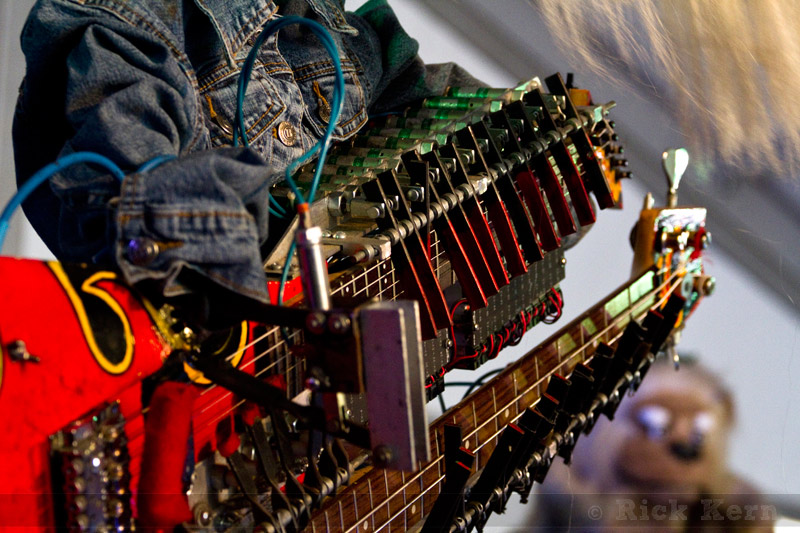 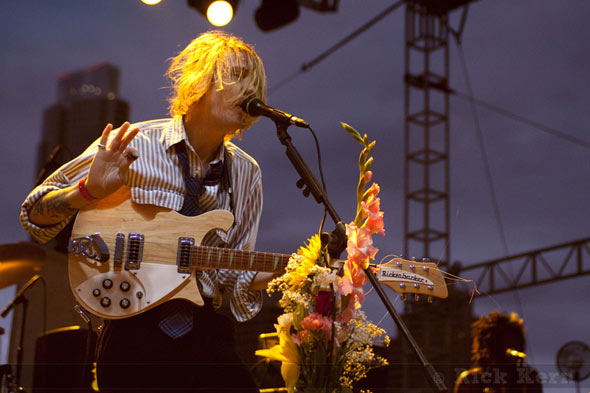 Music, we don’t need no stinking music!  Austin is a diverse place with a lot of people that do a lot of different things, both for work and outside of work; so, it’s only natural that we would have a music festival with lots of entertainment factors that cater to our desire for more things to do (re: short attention spans).  Fun times were provided by: 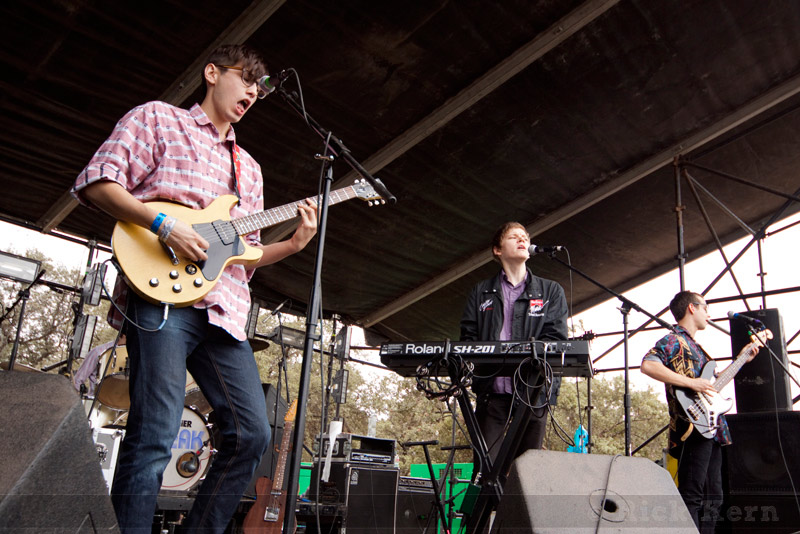 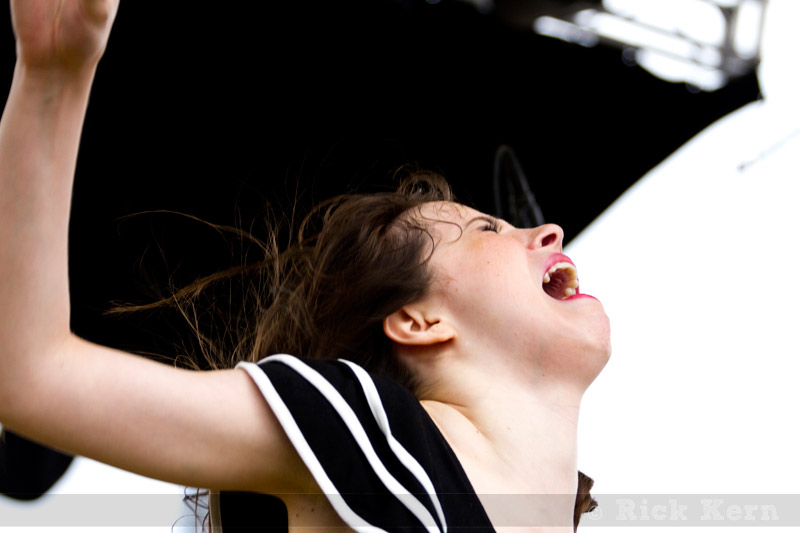 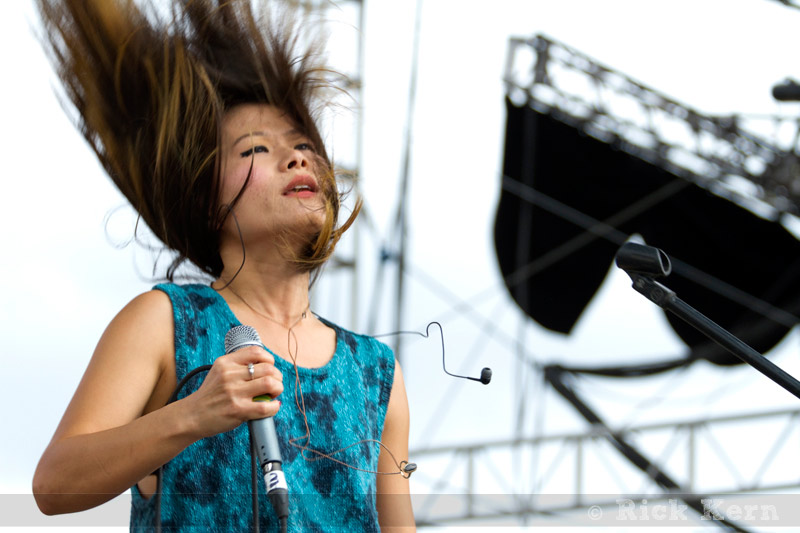 Okay, but seriously we do need music.  Probably 99.3% of the people at FFF were there for the music – unless, of course, you were only there to see Henry Rollins or Brian Posehn (who were great, btw!).

Each of the four stages were grouped various genres as so: 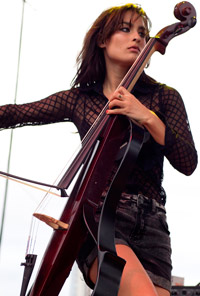 The versatility and accessibility of all four stages gave people tastes of all sorts of music.  We did a lot of jumping around from stage to stage to meet all of our musical needs.  For the most part, most of the sets were staggered, so we could at least catch a song or two of every band we wanted to see.  Some of the scheduling worked out perfectly: The Joy Formidable, followed by tUnE-yArDs, then Ra Ra Riot, then M83 were all at the same stage and performed within three hours.  We were thirsty for even more music, even though our heads were spinning a little bit from seeing that much great music, or ‘music’ in the case of tUnE-yArDs (I like “Bizness”, and got into some of the beats, but… but…).  We finished the evening with one of my favorites, Lykke Li, dancing to Neon Indian and a little bit of Major Lazer, then pooping out and catching the perfect amount of hometown heroes Spoon.  Your feetsies can only stand so much.

But then Sunday was a new day!  We got to the festival in time for Mates of State, who were accompanied by a pretty killer trumpet player and beaucoups of energy.  Then came the time that I was really waiting for: The Budos Band and Austra.  This was the one timing issue I was slightly miffed about, but it worked out just fine – we danced to Budos for about five songs, then made it just in time to Austra to hear one of my favorite songs, “Lose It”.  Do yourself a service and listen to these (mostly) ladies and gents.  I was also pleasantly surprised by Architecture in Helsinki‘s surprisingly upbeat set.  It had been a couple of years since I had listened to them and never expected in a million years that I would dance that much to them.  Wearing a bandana.  Covered in dust. 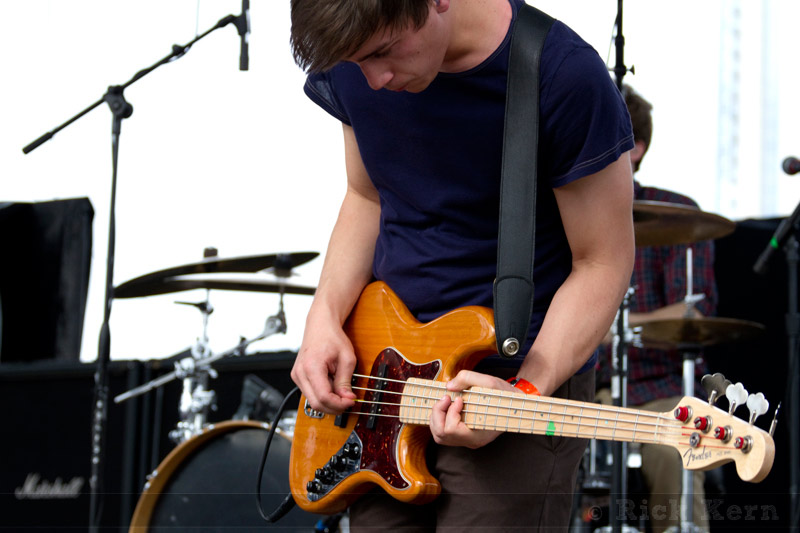 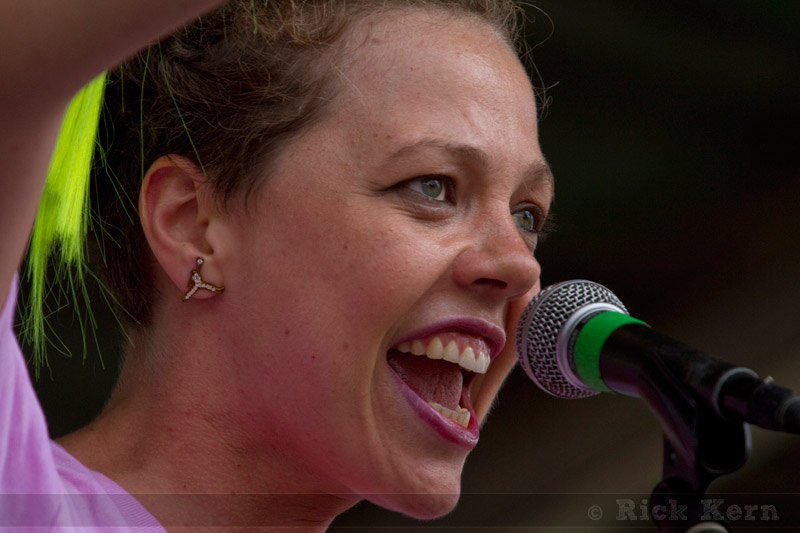 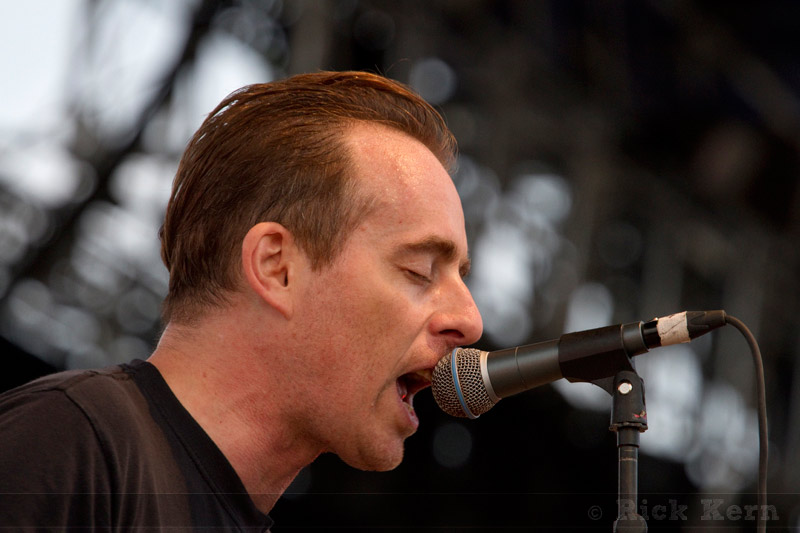 There is an aura around FFF that gave the whole weekend an easy, fun vibe.  I caught myself smiling out of nowhere several times and, after surveying friends, everyone at this festival was entertained in some form or fashion.  Even if you decided to gripe about the dust, I doubt you were actually that upset about it.  That is probably because the festival struck a nice balance between so many genres and catered to hipsters, social butterflies, metalheads, moms, dads, kids, nerds, cat ladies, Joe the Plumber.  Maybe not the last two.

So the big question is what will happen to Fun Fun Fun Fest in the years to come.  Will FFF always maintain its Austin charm?  Will it start to attract an even larger crowd?  Will it interfere with the billing for ACL or vice versa?  Only the future will tell.  In the meantime, I’ll look forward to next year and encourage all to not wear a skirt and tights when riding the mechanical bull.  Oof. 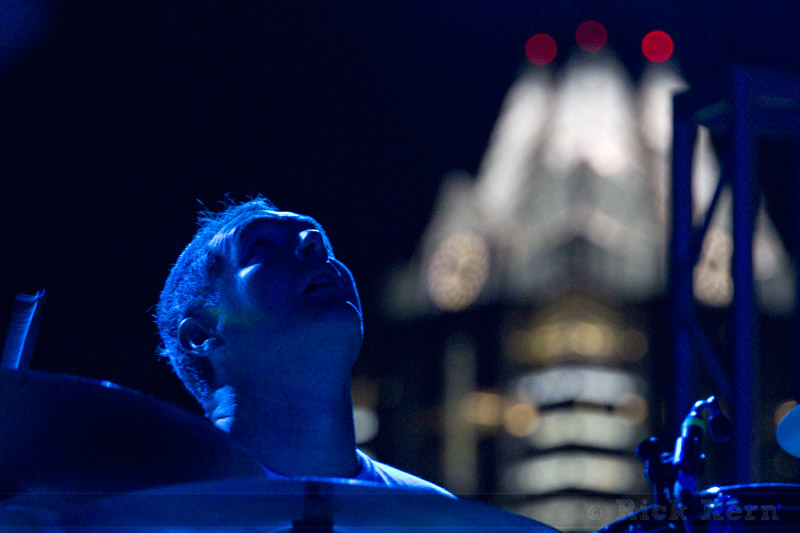 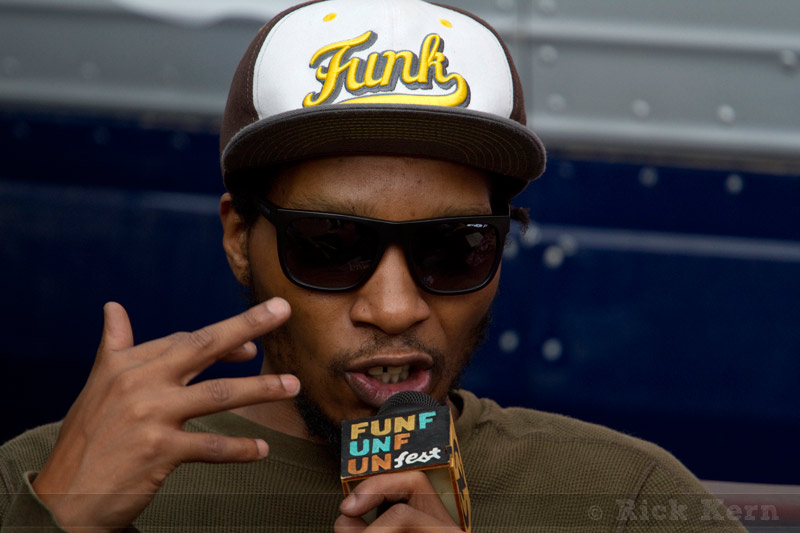 Names Divine – “Save Yourself”