On 'III', Fuzz becomes even more aggressive and bold, even with mixed results that lead to some unique moments of trembling bass, but also overly long songs.... 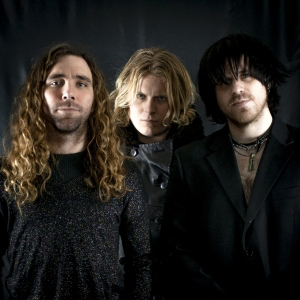 Fuzz, when available in music today, is noisy garage rock and is always good, and Fuzz the band is particularly noisy, especially for one whose sound is primarily garage, but with heavy metal riffs. On III, Fuzz becomes even more aggressive and bold, even with mixed results that lead to some unique moments of trembling bass, but also overly long songs.

Hence, one has to really think how garage rock came into existence to begin with, extended, noisy, Fuzz-fests. To begin with, the attitude, in the solo heavy “Returning” and “Blind to Vines”. Further on, the drums play the key role throughout in the insanely fast “Close Your Eyes”, which is a welcome addition to what otherwise can become too much like Mudhoney, Sonic Youth or Mastodon for the good of Fuzz. “Mirror” and “Nothing People” hold elements of this, while the parsed sound of opening track “Returning”, has similarities, but, also grunge in a good way actually.

To be fair “Time Collapse”, “Spit”, and “Acoustic Interlude II” just sound like the band wanted to jam, again, as slightly too long garage rock tends to. The final track has driving angst in a debatably explosive, but nonetheless inspired final song, “End Returning”. Sure, sometimes the music muscles the vocals, but as with I and II, the tracks of III just go to show that Fuzz is a group whose reliance on loud leads, metal, and angst in noise creates something which will oddly always be multiple genres in one, and this is a very hard pull in every sense for modern rock.