While 'Not Your Kind of People' was a reminder, the new 'Strange Little Birds' is a step forward.... 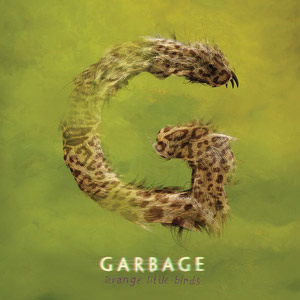 Photos of Garbage at The Tabernacle in Atlanta, GA on May 3rd, 2019

Photos of Garbage at Kings Theatre in Brooklyn, NY on October 27th, 2018

Photos of Garbage at Beacon Theatre in New York, NY on August 1st, 2017

Photos of Garbage at Fox Theater in Oakland, CA on October 7th, 2015

When nineties alt-rock hits Garbage returned with 2012’s Not Your Kind of People (QRO review), ‘90s kids and more remembered how much they liked Garbage. They were never the most ‘alt’ of that alternative decade, but they had great songs, and singer Shirley Manson is an awesome frontwoman. While People was a reminder, the new Strange Little Birds is a step forward.

Clear single “Empty” is the most obvious example, totally Garbage alt-rock that you were looking for, but there are other standouts. “We Never Tell” is strong, big electro-rock that Garbage does well, while Manson plays the tragic vixen in “If I Lost You”, “Night Drive Loneliness”, and “Even Though Our Love Is Doomed”.

Not every song is as remarkable, and “Sometimes” the lyrics veer on the side of the scribbling of a sixteen-year-old goth girl, but this is more than just a reunion, but a new millennium.