<img src="http://www.qromag.com/wp-content/uploads/2011/02/gb3stevekilbeydamanged.jpg" alt="GB3/Steve Kilbey : Damaged/Controlled" />Would a project that includes members of The Church<span style="font-weight: normal">, The Brian Jonestown Massacre, The Triffids, and Underground Lovers get your... 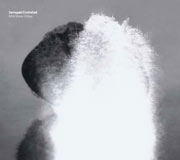 Would a project that includes members of The Church (QRO spotlight on), The Brian Jonestown Massacre, The Triffids, and Underground Lovers get your attention?  If so, then GB3/Steve Kilbey is for you.  GB3 is a recording project involving Glenn Bennie (Underground Lovers) and recording engineer Tim Prince.  They have released two other albums under the GB3 name and on this one they brought in special guests Steve Kilbey (The Church) and Ricky Rene Maymi (The Brian Jonestown Massacre).  The other members of the band include Maurice Argiro and Philippa Nihill (also from Underground Lovers), Graham Lee (The Triffids), Andrew Nunns, and Robert Tickner.

Damaged/Controlled has a cinematic sensation that unfolds itself throughout the album.  The programming by Prince and the guitars, keyboards and samples from Bennie give the music a sweeping feel.  It is thoroughly enhanced by the mythical lyrics of Kilbey (who also sings lead vocals on eight of the ten tracks).  The album is book-ended by the gorgeous vocals of Nihill on songs one and ten.  Kilbey’s opening track "I Don’t Wanna Know" comes across like many of the epic openers of The Church.  In it he references Captain Cook, The Beatles, The Stones, the elephant man, Explorer Will (Spanish explorer William Hilton perhaps?), and mentions he’s a "paid up member of White September".

If Damaged/Controlled represents a season, then winter would be it.  It makes its appearance lyrically and it is also felt.  The music itself doesn’t sound cold, but it has a crisp amplification the way things sound as they echo off the surface of the snow.  On "Uncertainty", Kilbey sings, "My world is old and bitterly cold / I’m like a winter in those stories you were told".  Later on, as if in response, Nihill sings, "Mr. Winter here I am / Just delivered to your lonely door" on the final track "In Innocence".

Damaged/Controlled doesn’t really contain an immediate track, because this is aural cinema.  It’s meant to be listened as a whole piece without a three-minute pop ‘scene’ to try and steal the show.  A lot of thought went into this body of work, from all the parties involved to the way it is all presented.  It has female sung tracks to open and close the album, an instrumental in the middle, Kilbey’s lyrical imprint throughout and minimal, yet artistic packaging.  Also, it has a limited edition physical release (unlimited digital) and only available from http://www.rubberrecords.com.au/.  Damaged/Controlled is a great soundtrack for winter that will not leave you cold.