Papa and the nameless ghouls of Ghost rocked the house at Gas South Arena in Duluth, GA.... 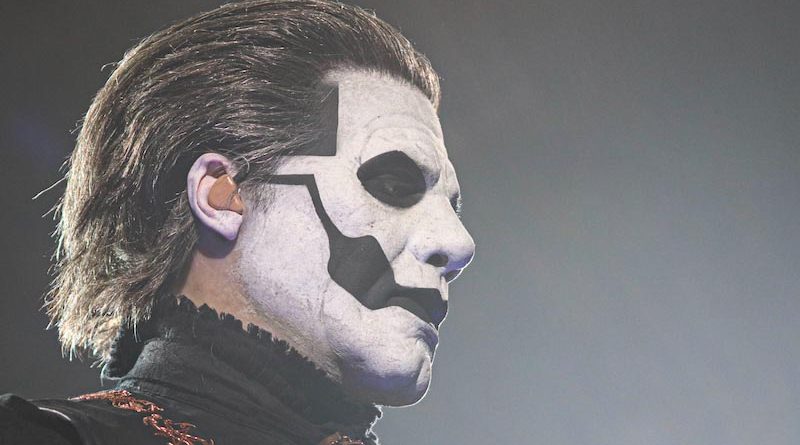 Photos of Ghost from the next day at Harrahs Cherokee Center in Asheville, NC

Photos of Ghost at Coca-Cola Roxy in Atlanta, GA on November 30th, 2018

Photos of Ghost at Kings Theatre in Brooklyn, NY on November 12th, 2016

Photos of Ghost at 2016 Voodoo Experience in New Orleans, LA

Papa and the nameless ghouls of Ghost rocked the house on Saturday, September 3rd at Gas South Arena in Duluth, GA. Ghost delivered a high energy, visually stunning and loud show, with a setlist with new releases and classic Ghost anthems. This was the Swedish rock bands first time back in the states since the 2018 ”A Pale Tour Named Death” tour.

This year’s tour drew in tons of fans from all over the U.S. The set design had the classic Ghost aesthetic with ancient cathedral design and heavy fog. Over the years they have become one of the most celebrated and esteemed creative forces constantly changing the game with their eccentric song lyrics and face concealing costumes. Ghost has been described as a satanist, anti-pope heavy rock band. Ghost continues to push the boundaries of the music industry visually and musically every day.

The Afghan Whigs – How Do You Burn?