<img src="http://www.qromag.com/wp-content/uploads/2012/06/girlsmay28.jpg" alt="Girls : Live" />There is something exquisitely endearing about Girls' songwriter-frontman Christopher Owens and his ambitious infatuation with music. ... 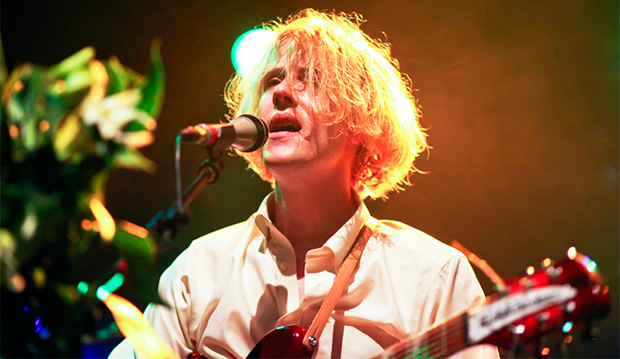 Click here for photos of Girls at three days later at Primavera Sound Festival in Barcelona, Spain in the QRO Concert Photo Gallery

Click here for QRO’s review of Girls at Lincoln Hall in Chicago, IL on September 24th, 2011

There is something exquisitely endearing about Girls’ songwriter-frontman Christopher Owens and his ambitious infatuation with music.  Raised as a member of the Children of God cult, he lived most of his life isolated from the pop culture he only managed to absorb through TV.  This gives his clearly derivative songwriting a unique approach, brimming with freshness and honesty without a hint of hipster irony.  His music is a constant homage to both the druggy ‘60s surf pop, and the grandiosity of the ‘70s from glam to prog rock.

He and his bandmate, bassist-producer Chet ‘JR’ White, have been gathering praise from both critics and devoted fans since their 2009’s acclaimed first Album (QRO review), and have steadily become one of the more intriguing acts at buzz-band level, both on record and even more on stage where they’ve recently reached the number of eight members, including three female background singers.

After an extensive 2011 tour, the San Francisco duo stopped in London on a sunny end of May’s Monday to play the only (obviously sold out) U.K. show of 2012 at Kentish Town’s HMV Forum.

Since the first few notes of the beautiful George Harrison-esque "My Ma", it was clear that the king of the night is frontman Owens.  Tiny, looking like a young Michael Pitt playing Kurt Cobain in Last Days, constantly turkey-necking head down back and forth over his guitar to hide the baby face beneath his blonde hair, he just looked like a cute yet ordinary guy, barely interacting with the crowd, only mumbling a "thank you" every now and then, and getting totally lost to his music.  His voice was emotionally charged, ranging from almost whispering to belting.  There was something charmingly normal about him that makes him somehow special. 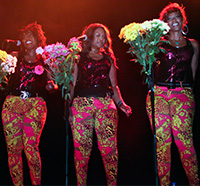 The set list was equally distributed between Album, sophomore LP Father, Son, Holy Ghost (QRO review) and their Broken Dreams Club EP.  First part of the show seemed a sort of warm-up, ‘til the band played the heartfelt "Ghost Mouth", the exquisitely catchy "Alex", and their absolute masterpiece "Vomit" (well, title aside…): during the final solo Owens was joined by one of the three backing vocalists who amicably kissed him on the cheek at the end of the song.  Other highlights of the night were early singles "Hellhole Ratrace" and "Lust for Life", which concluded the first part of the set.  A few minutes later, the band came back on stage to perform what seemed to be 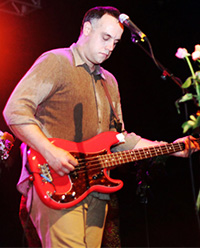 everybody’s favourite "Honey Bunny", a gem of pure surf rock à-la Beach Boys.  Follow the melancholic soul-esque "Love like a River" and the stunning "Carolina": clocking in at almost eight minutes, pounding rhythms and fuzzy guitars built up a psychedelic haze ‘til Owens implored, "Let’s get out of here / I want to carry you home to Carolina / And then I’ll never let you go".  The music then suddenly morphed to a layering of fast-paced bass lines and jangling guitar riffs in the final minute.  And it’s on these notes that Girls concluded this somehow magical show, throwing the fresh flowers that had adorned the stage for the whole gig (a clear homage to Morrissey) to the young adoring fans of the first row. 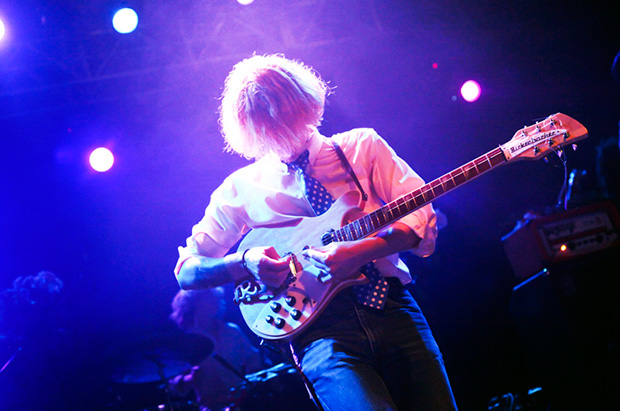 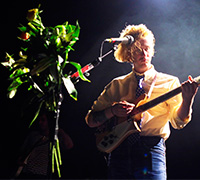 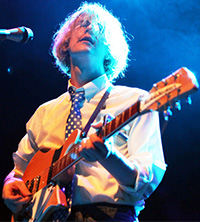 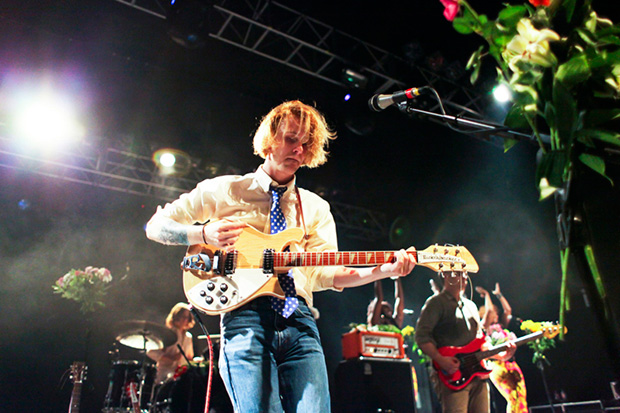