Glasslands was renovated in spring of 2011, moving the stage to opposite the door, from being perpendicular to it, and reportedly increasing the venue’s capacity.  It also put in... 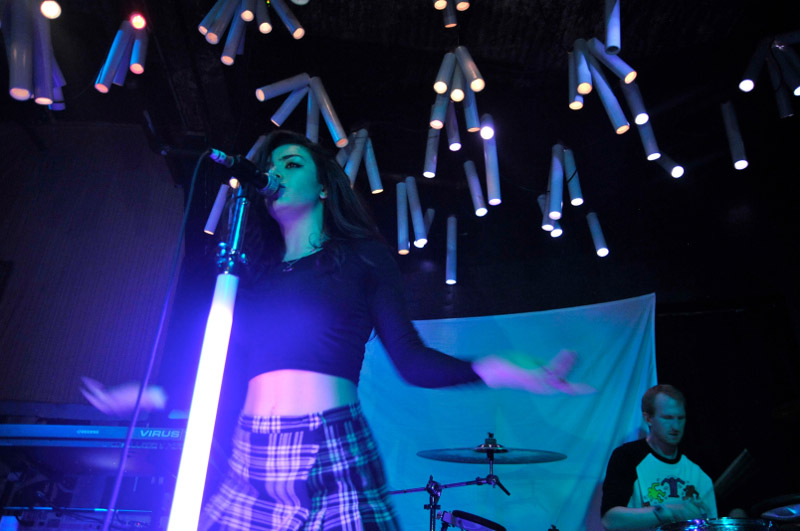 Glasslands was renovated in spring of 2011, moving the stage to opposite the door, from being perpendicular to it, and reportedly increasing the venue’s capacity.  It also put in a new soundsystem in June 2013.  However, Glasslands closed after New Year’s Eve 2014.

Glasslands is located on 289 Kent Avenue, Brooklyn, between S 1st & S 2nd Streets, just off the East River, three blocks north of the Williamsburg Bridge.  It is within the same building as Death By Audio, whose entrance is around the corner on S 2nd.  Glasslands was opened in May of 2006 by musician Rolyn Hu and artist Brooke Baxter.

The entrance to Glasslands is easy to miss, without markers and on a poorly lit street.  And it’s even harder to see inside the place, which seems to be lit mainly by candles and colored dance lighting.  In addition to making it hard to see a band, it’s a pity for two more reasons: one, the actual place is set up with some interesting bric–a–brac on the walls, and two, the floor is black – making the steps very easy to miss.  There’s a step down right next to the bar as you come in – if you’ve got a drink, can spill it right in your face as you fall forward.  And the steps up to the bathroom might be slightly easier to see, to the immediate right of the entrance, but they’re of uneven size, especially the too–high last one, and there are often people sitting on them.  The stage is to the far right of the entrance, beneath some odd large cloud-like puffs (that at least reflect what light there is), with a thin stage floor that virtually wraps around it.  To the far left of the entrance is a seemingly jury–rigged balcony, which is above another area that does contain a bench along the wall, but beware of spills from above pooling on the bench below.

The acts at Glasslands are not at Bowery Ballroom or Music Hall in Williamsburg (eight blocks north) level, but the place has batted a bit higher than Todd P venues like Death By Audio or Market Hotel.  There are occasional ‘secret shows’ by bigger acts, but that seems as much based in rumor as in fact.  VICE and Colt 45 often hold free, RSVP shows there on Thursdays (with free Colt 45 in the first hour).  The main problem with Glasslands is darkness, from the hard-to-find entrance to the hard-to-make-out bands.  Not really a place to go to ‘see’ someone you really want to. 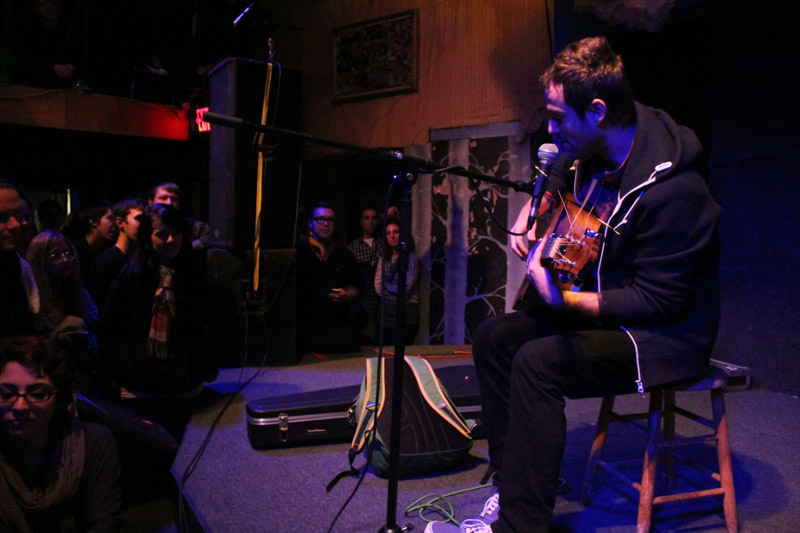