<img src="http://www.qromag.com/wp-content/uploads/2010/05/gogolbordelloapr29.jpg" alt=" " />Even when not at their most energetic, Gogol Bordello put on a truly spectacular show simply on musical terms at Baltimore's Ram's Head. ... 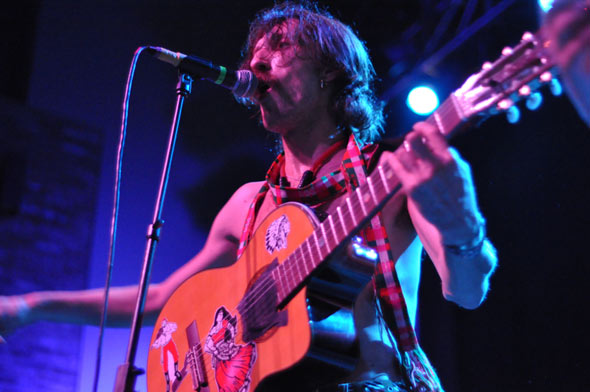 Gogol Bordello hit Baltimore’s prime party spot venue, The Ram’s Head, as part of a string of U.S. dates on April 29th.  A two-night residency at this sport bar-esque venue, including a sold out Friday night as well, fans of the renowned gypsy punks were rather excited to welcome the New York-based collective of creative musicians who have hit the big time in recent years.

Presenting a collection of older classics and newer material, the band got the crowd riled up, with a well-played enthusiasm and family-friendly fun.  The crowd themselves were an extremely mixed bunch, ranging from younger teens to seemingly no upwards age limit, but all with an uplifting energy which bounced off the band, particularly with favourites “Not a Crime” and “Start wearing purple”.  The energy was electric, and although some of the newer material off their just-out Trans Continental Hustle was not as well known by fans, it would seem many recognize the band above all else for their electrifying live shows. 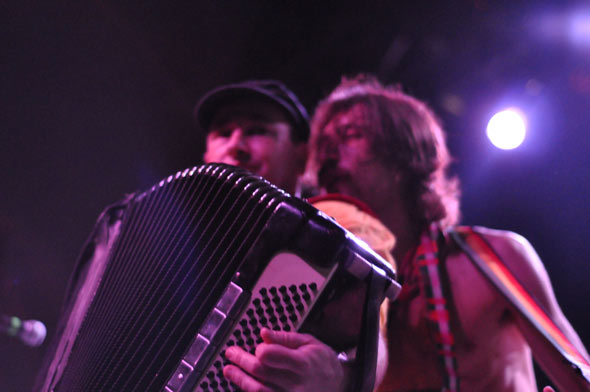 An eight-piece (although one member was absent due to illness), each member had his or her own style, creativity, presentation and demeanor, all which gelled together in a musical melting pot.  Gogol Bordello are a band which are fascinating to watch, and with a combination of countless musical elements, taken from their base New York, Brazil, where frontman Eugene Hutz resided for some time, as well as their Eastern European routes.  Combined with a modern day rock swagger and a pinch of rap, the styles of each member are embraced by their individuality as a band and their influences shine through on the stage. 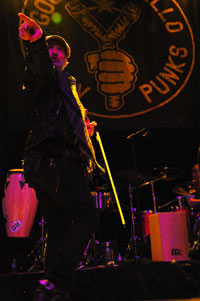 Although this performance was notably not Gogol Bordello’s most energetic, as with many successful bands in this genre, it is not to say there was not something special about this night.  The band looked tired, in all honesty, but as musicians, what separates the men from the boys is the real capability to put on an amazing show regardless of how long you’ve been on tour, how many shows you’ve played or the other tireless downfalls of being a touring musician.  Gogol Bordello did just that – a truly spectacular show simply on musical terms. 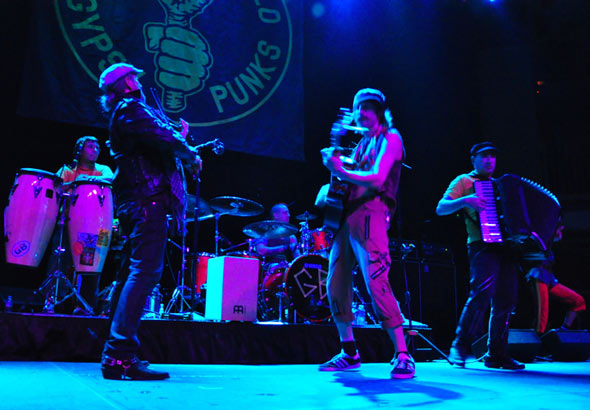 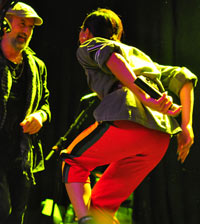 Although Gogol Bordello may not follow the classic structure of lyrical prose or attempt to present themselves with whimsical pseudo-intelligent lyrics like so many bands do, the band has a certain charisma that seems to lie underneath the main aesthetic of the band.  Gogol Bordello present themselves with a live, upbeat raw energy and moreover, a sense of fun.  As much as a throwaway word ‘fun’ is, Gogol Bordello encapsulate the word, make the show their own, and show how music doesn’t have to all be that serious – but how ‘real’ music can be fun.  More than often ‘fun’ music is not at all linked towards more serious musicianship, but Gogol Bordello bridge the gap with ease, with a display of both musical talent and appreciation for fun, living it up in the true gypsy punk way. 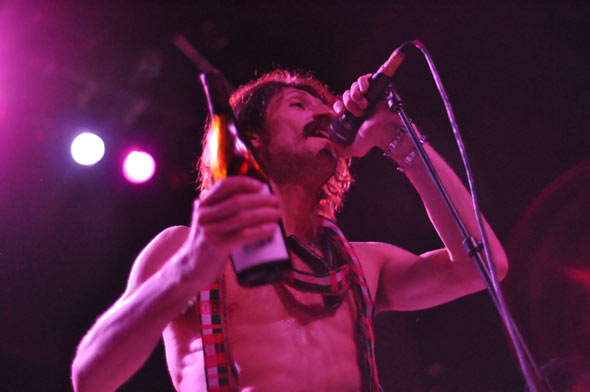 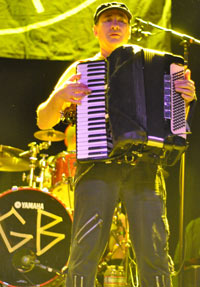 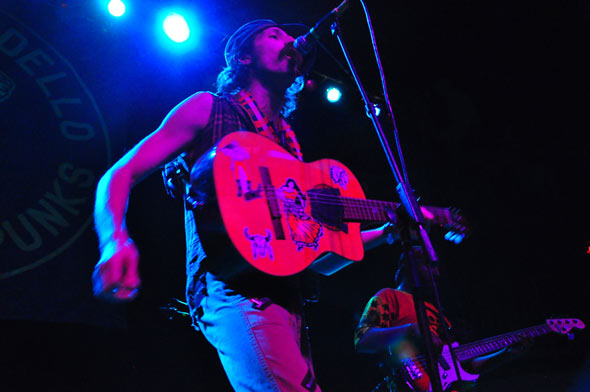