Gold Panda & Slow Magic had one of the more interesting concerts that New York had this fall.... 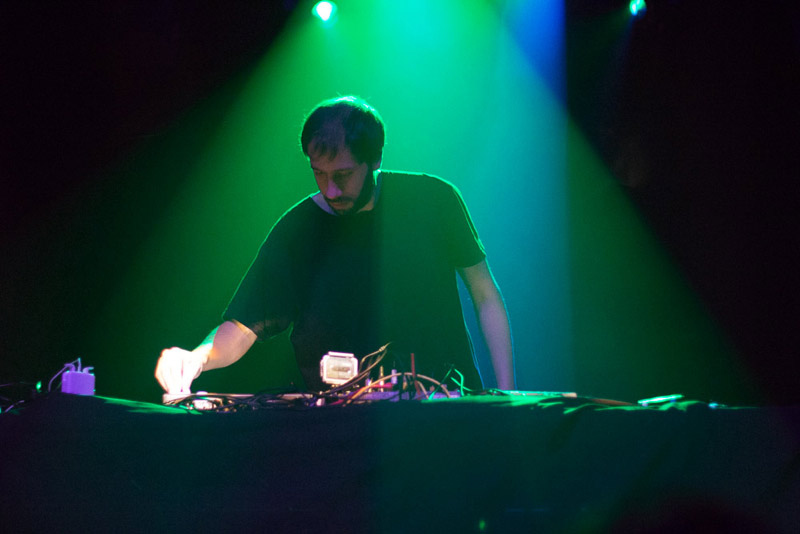 When you see one of your favorite bands perform live at Webster Hall (QRO venue review), you really can’t anticipate how the concert will go.  Maybe the band will get down in the pit and perform right in front of you, or maybe you’ll find yourself next to a few drunken fans twerking and inaudibly screeching over the live music.  Both of these happened at Gold Panda last Friday, October 11th, and it was definitely one of the more interesting concerts that New York had this fall. 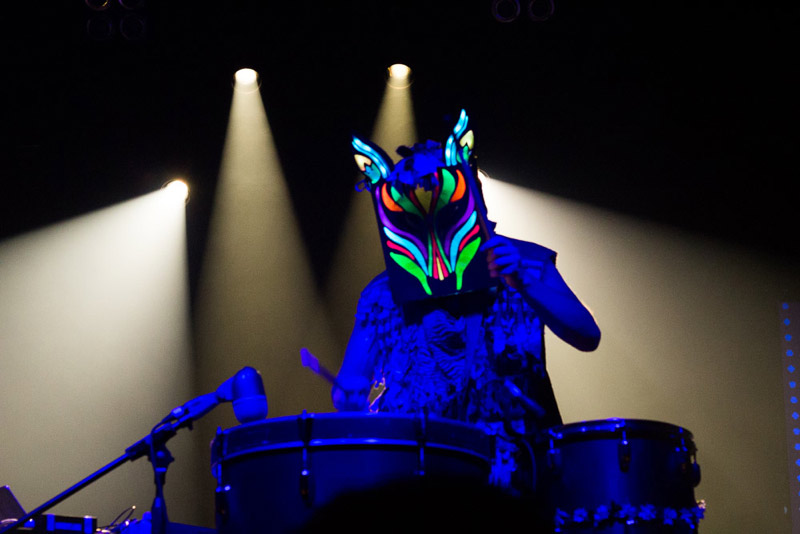 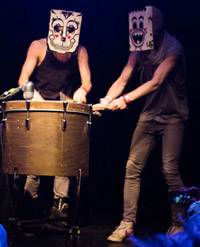 Opening for Gold Panda was the enigmatic Slow Magic.  The ambiguity surrounding the artist is reflected by his Facebook and Twitter tagline “music made by your imaginary friend.”  The artist, donning a colorful tribal mask and furry grey vest, began his set alone while two screens looped a video of his color tribal mask designs.  With only an MPC and a stand up drum kit at his disposal, Slow Magic blew the Webster Hall audience’s mind.  After he set up the sampling for the MPC, the DJ began pounding away at his drum kit.  The fans’ eyes were hooked by the unorthodox marriage of the electronic sample loops with masterful bass heavy drum solos, tinged themselves with electronic accents.  During the show, Slow Magic crossed the performer-audience barrier, bringing a smaller stand up drum with him.  Surrounded by dance-happy audience members at the front of the venue, Slow Magic proceeded with his furious drumbeats.  Having cemented the intimate relationship between himself and the crowd, the musical shaman returned to the stage.  However, the performance gave the crowd one last surprise: two more drummers appeared, giving Slow Magic the chance to join the crowd once again for one last drum circle gathering.

Click here for photos of Gold Panda at 2013 Beacons Festival in Skipton, U.K. in the QRO Concert Photo Gallery

Click here for photos of Gold Panda at 2011 SXSW in Austin, TX in the QRO Concert Photo Gallery

Click here for photos of Gold Panda at Manchester Deaf Institute in Manchester, U.K. on April 19th, 2010 in the QRO Concert Photo Gallery

After Slow Magic’s high-intense performance, the bar had been set high for Gold Panda’s live set.  Fortunately, this scruffy U.K. DJ/producer did not disappoint.  Opening the set with “We Work the Night”, Gold Panda’s hands flew at top speed between the various electronic devices at his disposal, including eye-catching video streams of colorful plants and water bubbles looped onstage.  Twisting knobs, repetitively tapping his fingers on the MPC buttons, and even checking his MacBook; all of these intricate details could be seen on screen through Gold Panda’s video camera on his instrumental set-up.  It was these finger frenzies that determined whether or not the electronic remixes would win the crowd over, or leave the fans disappointed at the artist’s efforts.  Fortunately, his dedication to perfection paid off.  Ripping through a plethora of stellar, more actively remixed versions of tracks off the recent album Half of Where You Live, the performance found success with “Snow and Taxis” and the popular “You”.  Beginning with the infamous hooks behind each track, Gold Panda proceeded to compile from ground up each effect and melody in the songs’ entirety.  At the completion of each track, the crowd would respond with an ecstatic roar of approval, dancing themselves into a state of exhaustion.

Although Gold Panda’s music was at the peak of perfection, the crowd itself was lackluster and ‘interesting’, for a more toned-down description.  A pair of college-aged girls at the front of the venue could be seen in a drunken stupor twerking on each other and screaming “Everyone here’s so boring!”  On the other side, a sketchy, elderly audience member approached various female audience members from behind, several of which declined the dubious advances.  Of course, there were several fans enthusiastic, happy just dancing to the electronic melodies in their own world.  The crowd was what you usually expected from a Webster Hall: a clusterfuck of anything and everything.

Although Gold Panda could’ve left without an encore and the audience would’ve been satisfied with the performance, he seemed determined to leave his mark on the crowd’s concert memories.  The encore set included “Reprise”, which reflected the calming feel of the sunset video looping onstage.  Fortunately, Gold Panda woke everyone up for the set’s finale with the infamous “Quitters Raga”.  As the Indian-influenced lyrics and South Asian instrumentals inundating Webster Hall faded out, Gold Panda bowed to the crowd, exhausted from a night whose could truly be described as unforgettable. 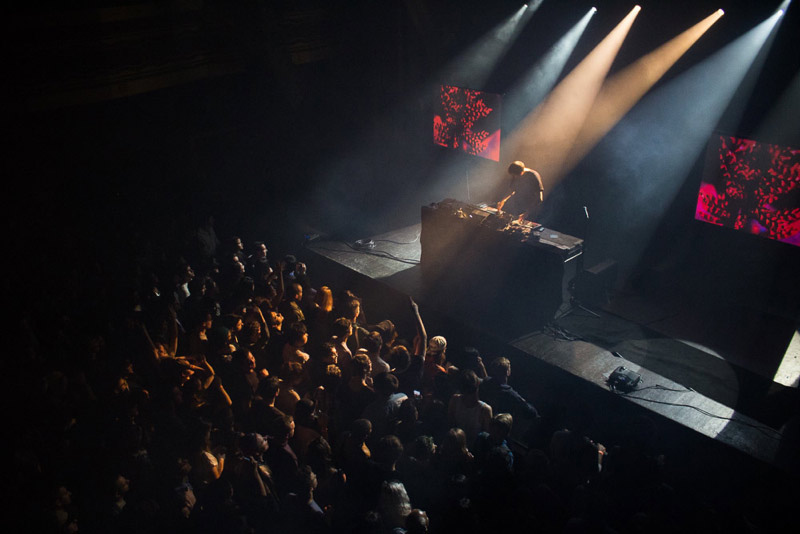