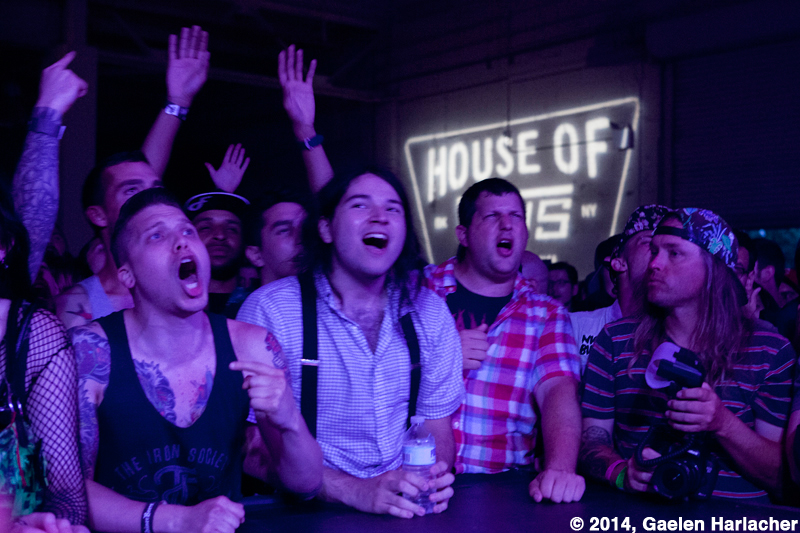 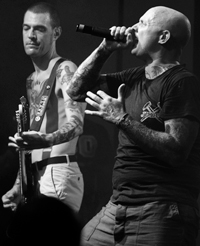 Brooklyn’s House of Vans (QRO venue review) has always had a raw feel to it, from its unfurnished warehouse to its concrete outdoor area, the lack of any air conditioning beyond giant fans, the all-ages crowd, the free price, the free beer, etc. This is not where hipsters go to hear exquisite banjos and eat locally grown food; this is where city kids go to hear loud rock and drink beer. But the place was particularly raw when it went full-on punk on Thursday, July 10th with Gorilla Biscuits, The Bouncing Souls, and Turnstile Tribe.

There was a long line to enter, and people were being patted down by security. The capacity was kept fairly low, with just as Turnstile Tribe went on, the doors closed – and the moshing began. The unknown first opener didn’t break from anything that you expected (seemed like a younger, less accomplished version of the headliner), but did let you know what to expect. It wasn’t just the moshing, but also the singer utilizing a feature included just for this show: a platform into the photo pit so musicians could come up right to the crowd. Another punk aspect of their show? A guitar stopped working, which literally stopped their whole performance while it was fixed backstage. 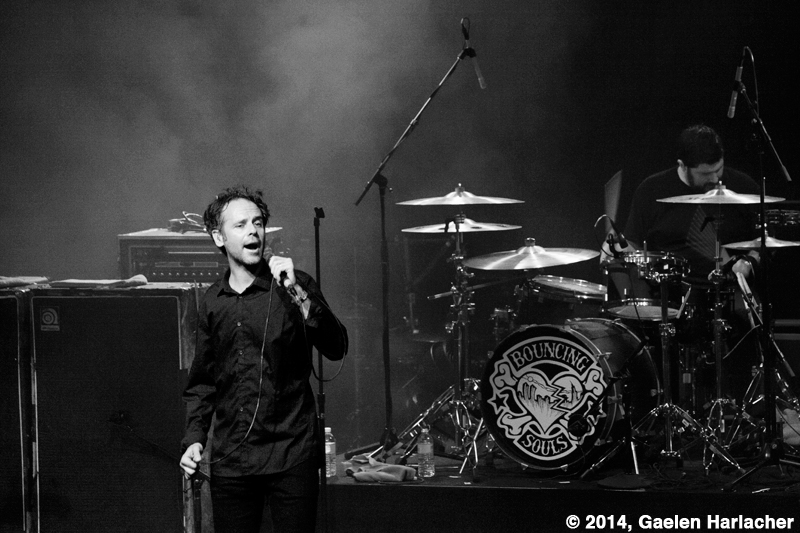 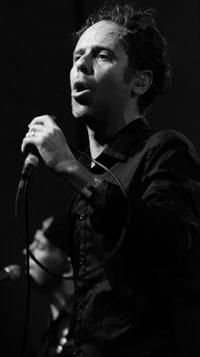 A much older band could be found up next in The Bouncing Souls, and there’s a reason they’re celebrating their twenty-fifth anniversary. They have consistently done emotional, almost epic punk right after all these years. The group could fit on many bills, from more recent emo to the nineties ska craze, but this night they played veteran – and local. Okay, they’re actually from New Brunswick, New Jersey, but they’re the rare group who takes pride in being from the other side of Manhattan. And they still love the Big Apple. 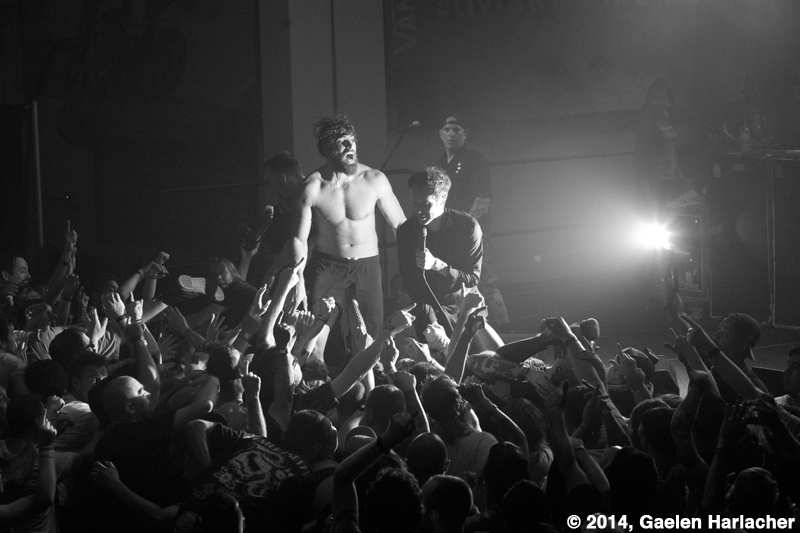 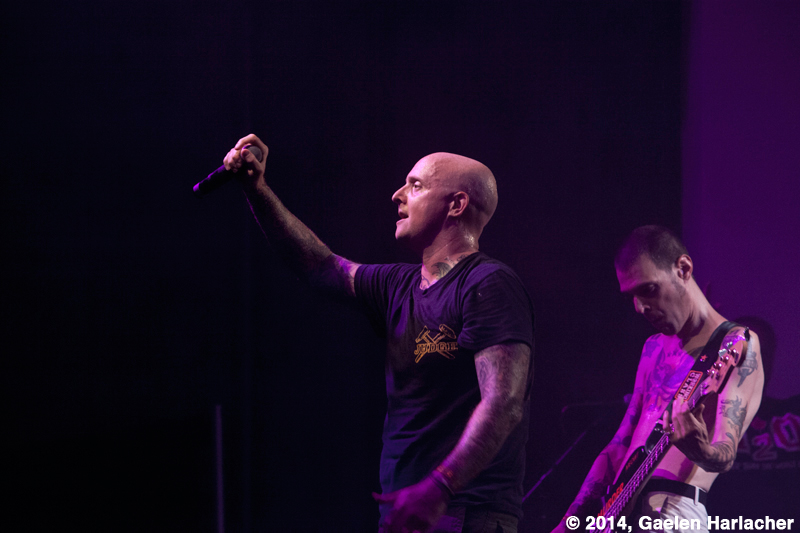 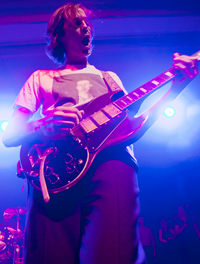 Of course things got crazy when Gorilla Biscuits took the stage. A post-hardcore legend/supergroup, it includes singer Anthony Civarelli (previously of CIV) and guitarist Walter Schreifels (of Youth of Today, Quicksand, Rival Schools and his own solo career – QRO live review). Begun all the way back in the eighties, they broke up before various members found success elsewhere, reunited for a one-off benefit in 1997, but got back together for real just under a decade ago. The years may have put more lines on their faces (at least Civarelli didn’t have any hair to lose), but also given them greater skill – and not diminished the band’s fury, or the fans’. Numerous crowd members jumped on stage (usually that platform) and stage-dived off again, while Civarelli would sing right into a fan’s face. It was also interesting to watch Schreifels play sideman, if an active one. 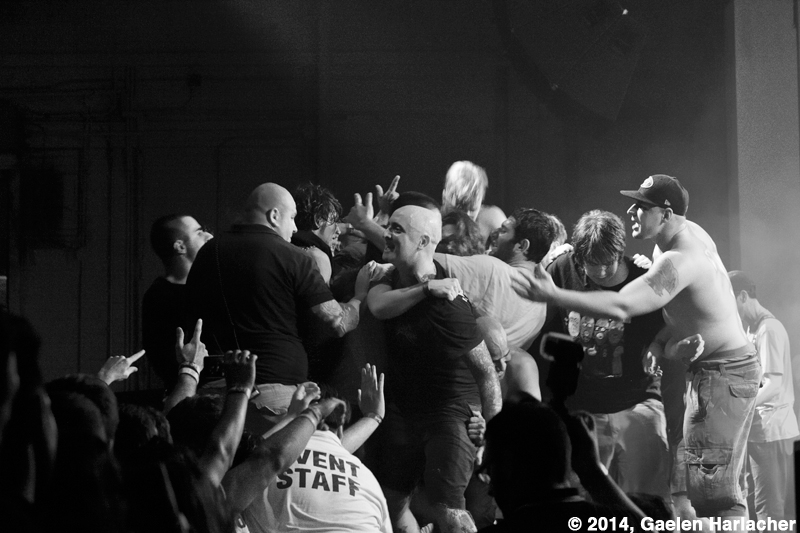 The crowd was an remarkable range of ages, from forty-somethings reliving their youth to youths living their youth to those forty-somethings’ kids. One responsible father put headphones on his small child – and then put the child on his shoulders to watch the show (from a safe distance). And there’s something really great about an all-ages space actually appealing to all ages. 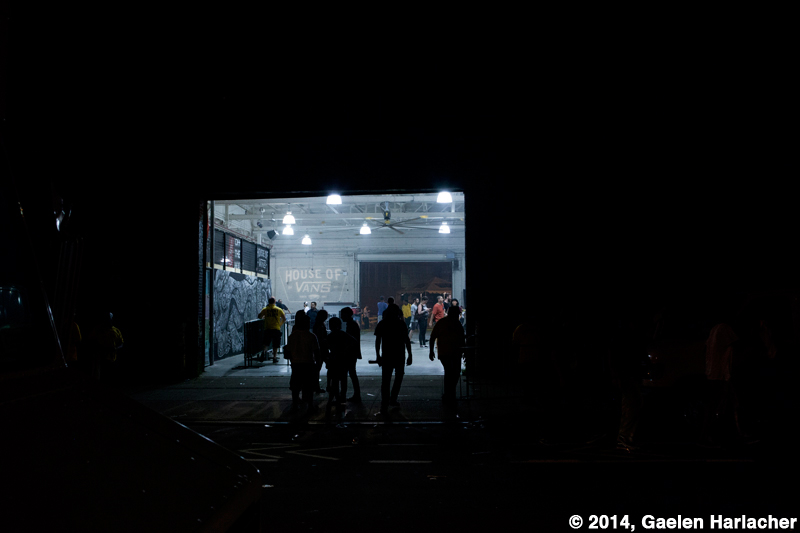