The heat was on for Day Two of New York's Governors Ball.... 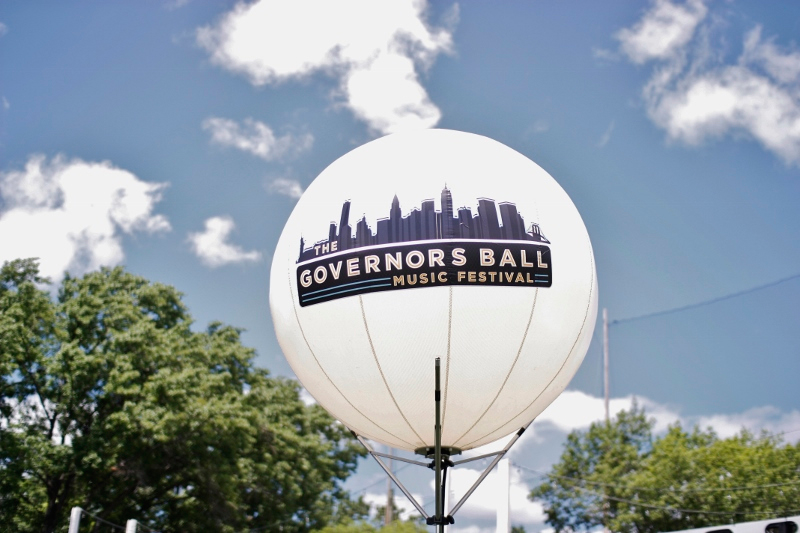 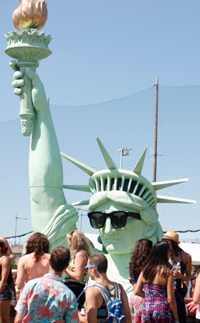 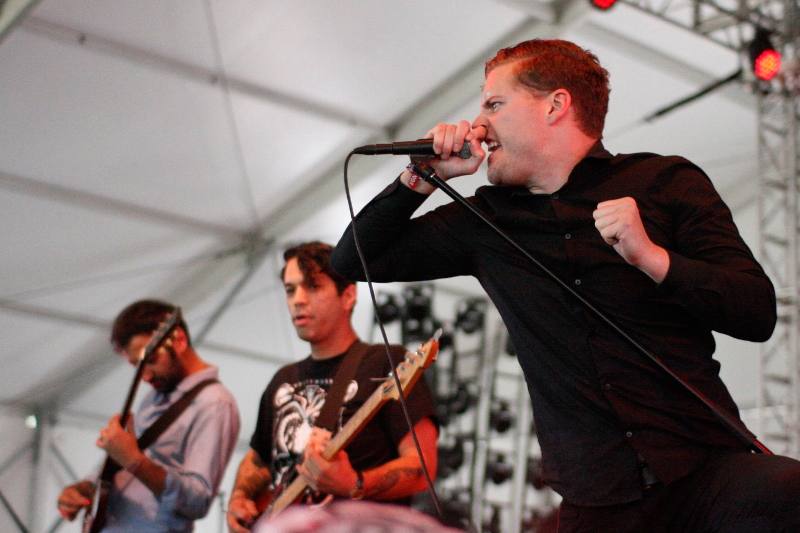 After the extravagance of Friday, Saturday at Governors Ball couldn’t go as big, at least not at its start. Sure, there was the acclaimed alt-metal act Deafheaven, electronic beats from Classixx, and relaxed rhymes from Chance the Rapper, but it was a more sedate, if still very hot, daytime. 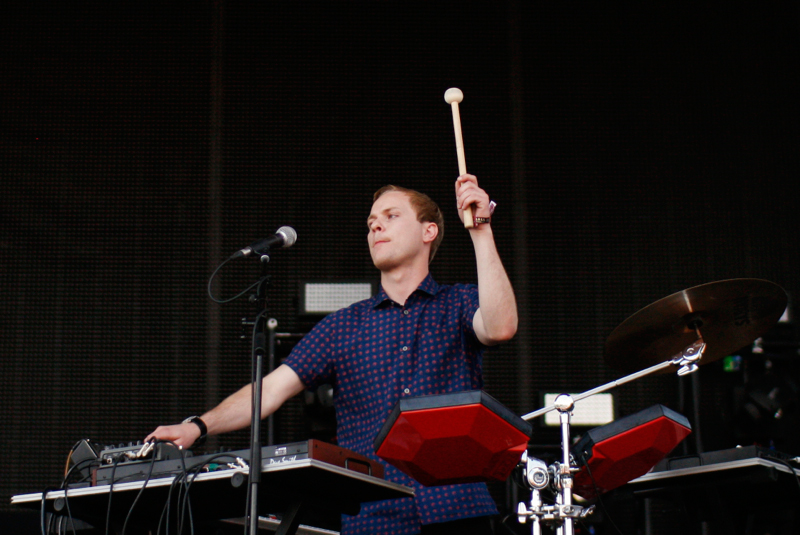 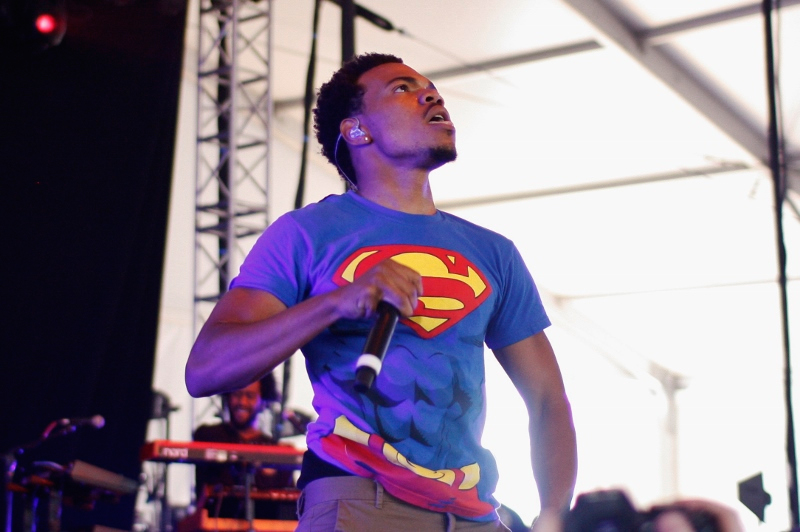 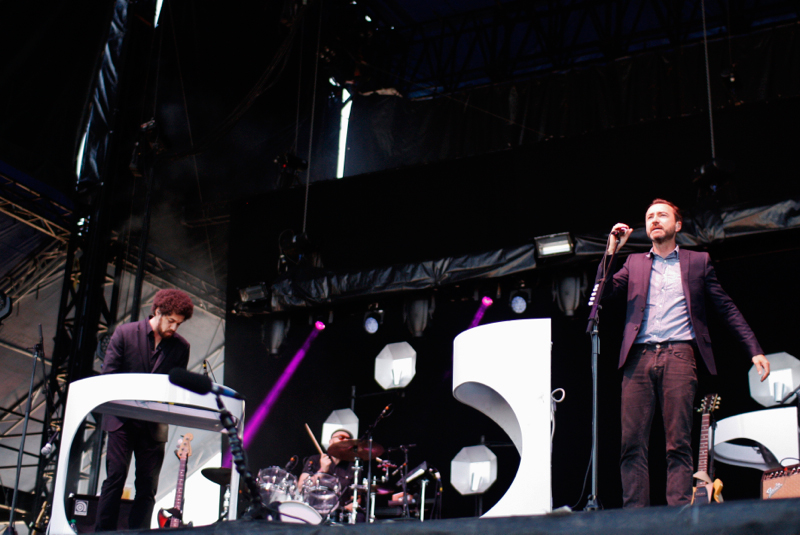 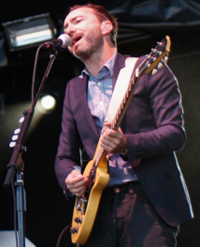 That sun also turned Broken Bells, the side-project team-up of James Mercer (The Shins – QRO live review) and Danger Mouse, into a brighter set than even on their recent record, After the Disco (QRO review). Meanwhile, The Glitch Mob sounded like what you’d expect from a group named ‘The Glitch Mob’ to sound like, all big techtronica. The Naked and Famous weren’t naked, but one could see why they are getting famous, with the right mix of synths and guitars for today’s music scene (their set also revealed maybe the best spot on the entire festival grounds, the house-left of the Big Apple Stage, which was easy to slide up close to the stage from, and was right next to a water refill station that never had a line…). 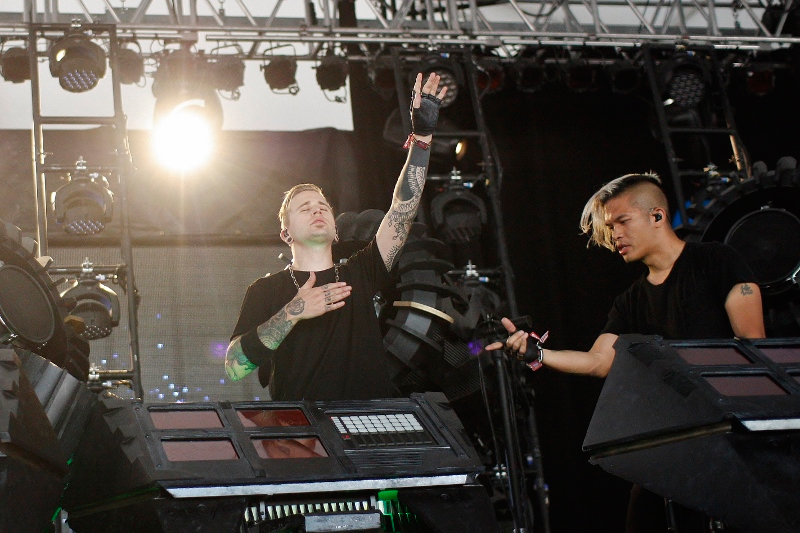 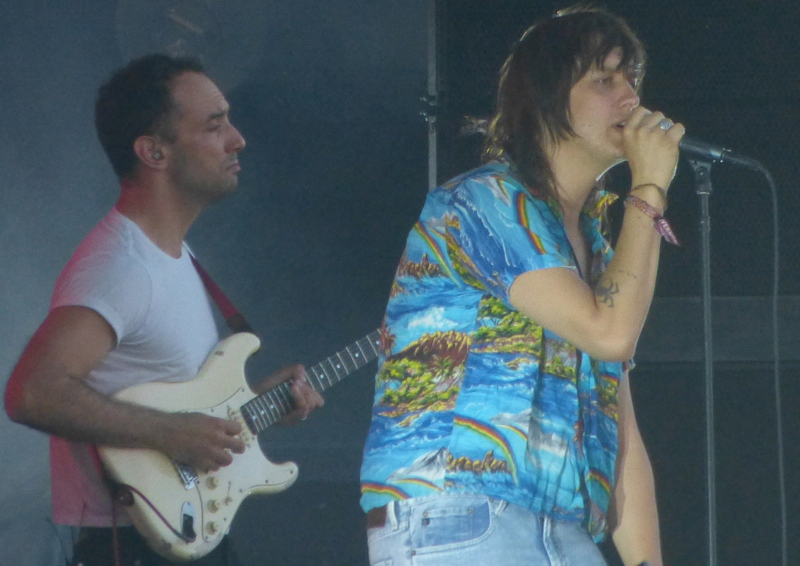 Like Phoenix the prior day, The Strokes were the big-enough-to-headline act that played the slot before the headliners on the main stage. But this was a particularly significant performance by them, as word is the band is going on hiatus again while the various members do their solo projects, like singer Julian Casablancas + The Voidz on Friday or guitarist Albert Hammond Jr. (QRO photos at a festival in May). And it was a hometown show for the band that kicked off the indie-rock revival of this century/millennium. Sure, maybe they’ve never matched their debut Is This It, but the huge crowd belied the group’s supposed declining relevance, and it was still great, catchy, indie-rock, even if you didn’t recognize most of the songs they played – and did the rare festival encore return, with the rare, dropped-from-ITI-because-of-9/11, “New York Cops”. 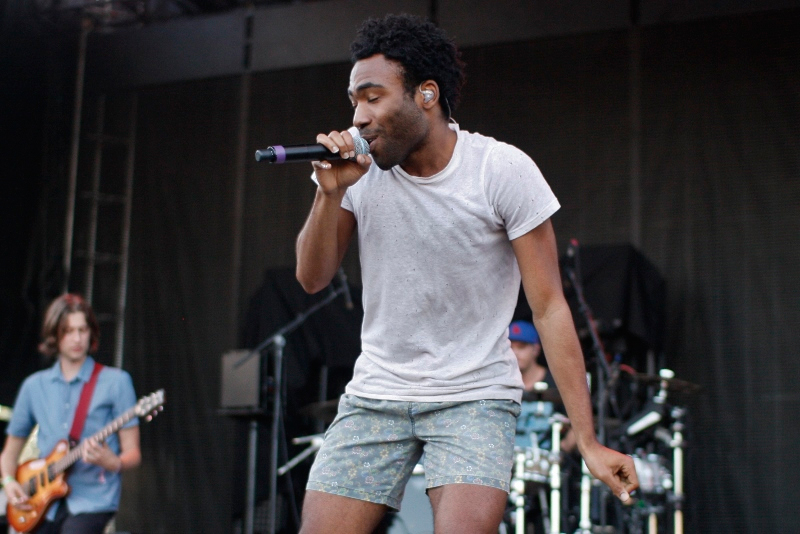 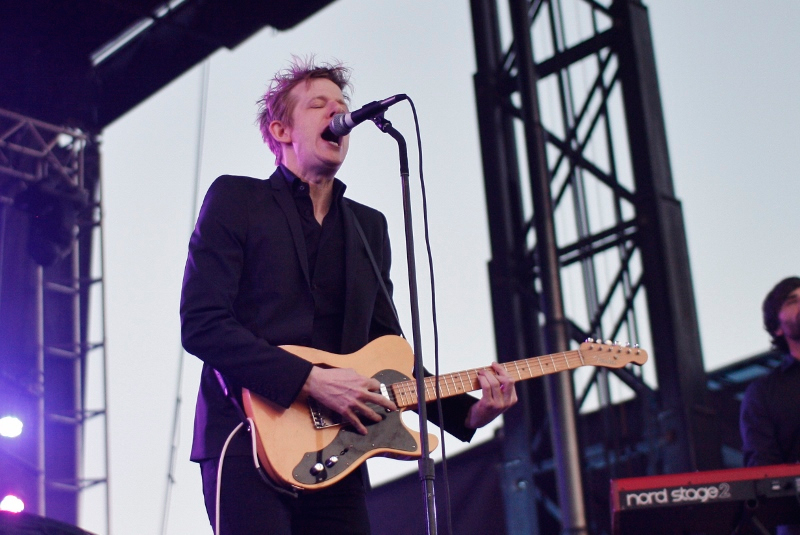 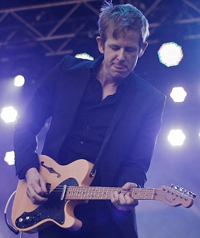 From a band going on hiatus to a band returning from one, Spoon of course kicked off with a new song from their upcoming They Want My Soul, but then gave you a boatload of old songs that you love, like “Don’t You Evah”, “The Way We Get By”, “The Beast & Dragon, Adored”, and more. They even did hit single “The Underdog”, and this time managed to pull it off despite not having horns, replacing them with extra keys. The cheery, Billy Joel-esque nature of that song makes one forget how cool & chill the band is. The group was also in good spirits, joking that they’d just come from some European festivals (QRO photos days before at a European festival), but this was a better crowd, because they were the last act on that stage, so they knew that the people up front were there for them. They called it the best crowd they’d had in a long time – even one of the security guys in the pit lead/joined in clap-along at one point. 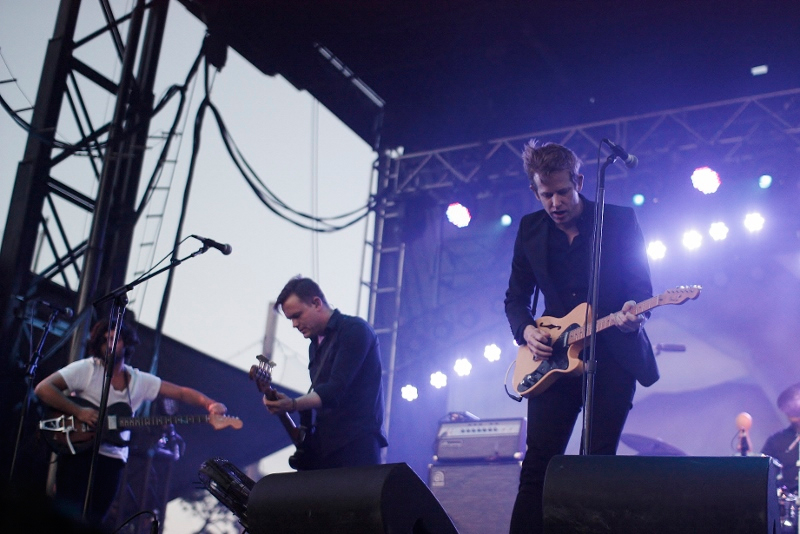 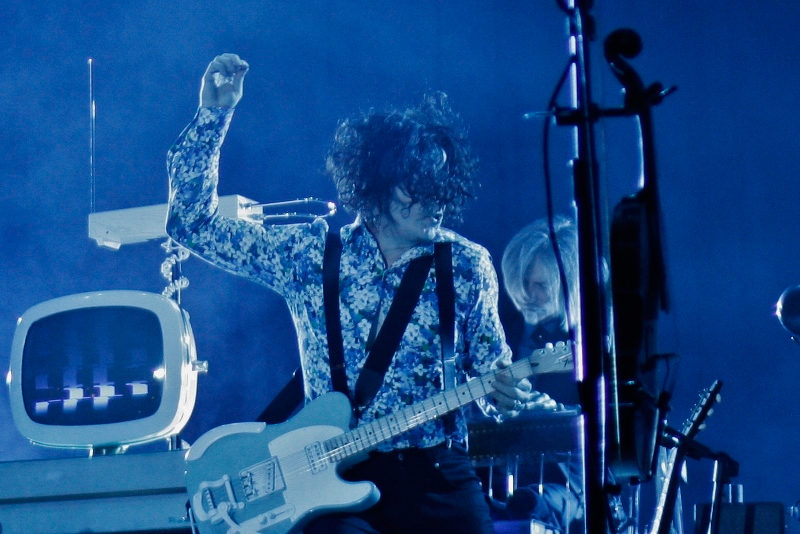 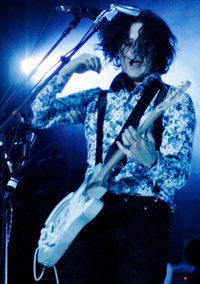 Who was so big to knock The Strokes down a spot on the main stage? One of the biggest artists in the world right now, the one-and-only Jack White. Whatever you think of his über-fame (did he really need a feud with The Black Keys?…), White is a full-on guitar god at this point, and is able to act like one. He may dress & look like a Williamsburg hipster (or, rather, Williamsburg hipsters may dress & look like him…), but he’s given to giant guitar wail solos straight out of the seventies. And while Meg White may be in the rear view mirror, he still closed with forever his biggest, best, breakthrough song, “Seven Nation Army”. 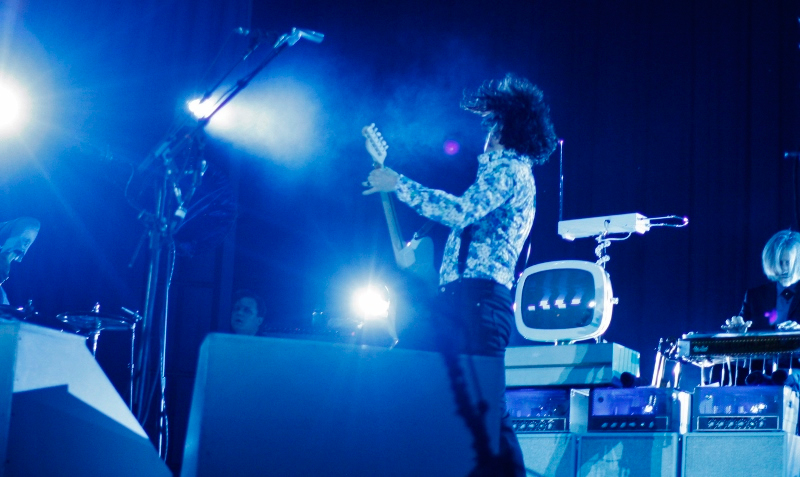