The sun & the sounds came out on Saturday at Governors Ball...

It rained again late Friday night/early Saturday morning, but after the near-death experience of 2013, Governors Ball was well equipped to deal with what the water gave us, laying down more covering & hay on the ground. 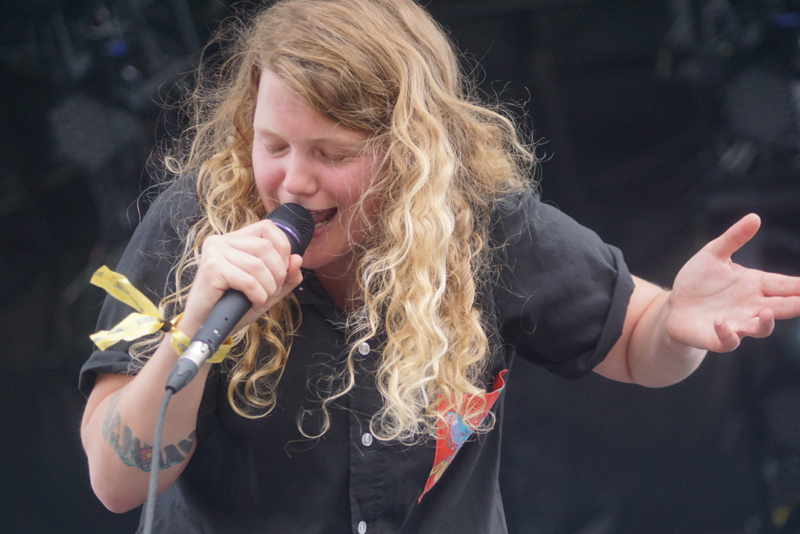 That last-minute work did mean that the festival’s gates were still kept closed when the day’s openers Kate Tempest and Charlotte OC were supposed to go on, though no one told Charlotte, who came onto the Honda Stage and played to literally three photographers – and no one else. After three songs she stopped, either because someone told her the crowd hadn’t been let in yet, or she just couldn’t take playing to nobody… 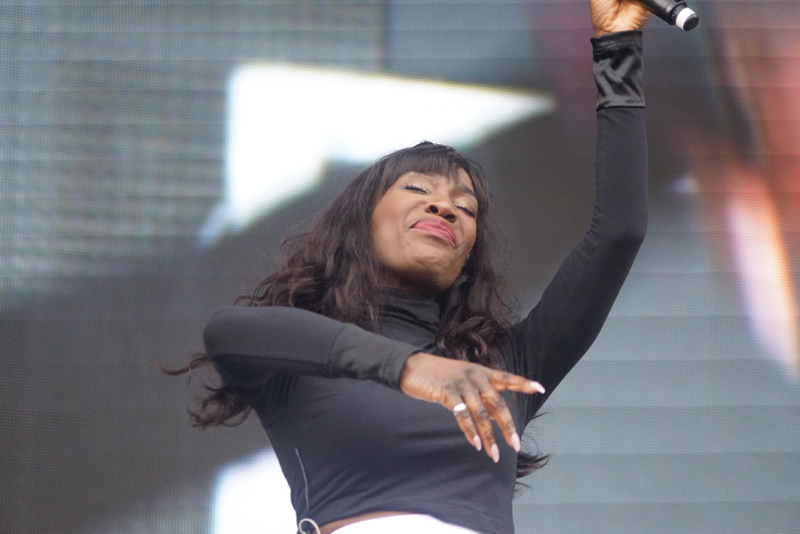 The early dance of ASTR could have been too early, but the duo thankfully played in the Gotham Tent, where the shade from the sunny skies cooled people off a bit – and made one able to see their logo on the big screen. Some additional big dance beats came from U.K.’s Clean Bandit on the GovBallNYC Stage (described by an indie fan as a “guilty pleasure”), which included saxophone and violin. Rustie kept the electro-dance going at the Gotham Tent, while J. Roddy Walston & The Business played a finer brand of seventies party-rock over at the Big Apple Stage – but they also encouraged dancing. 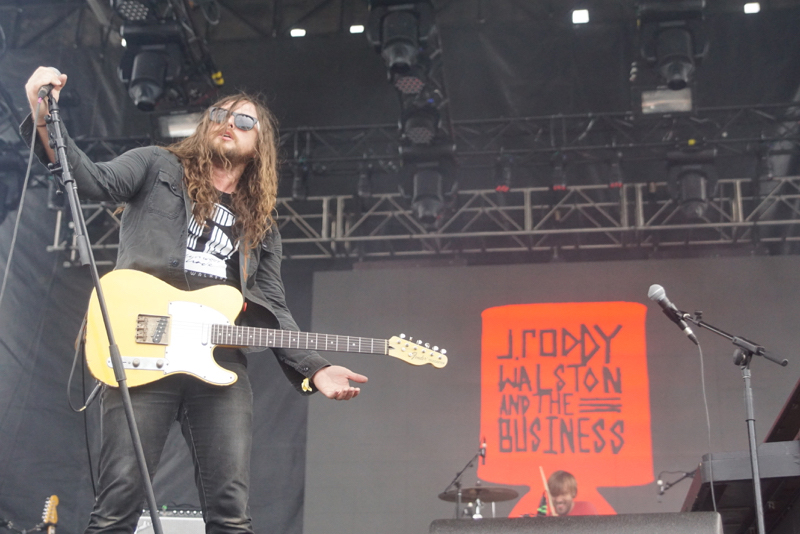 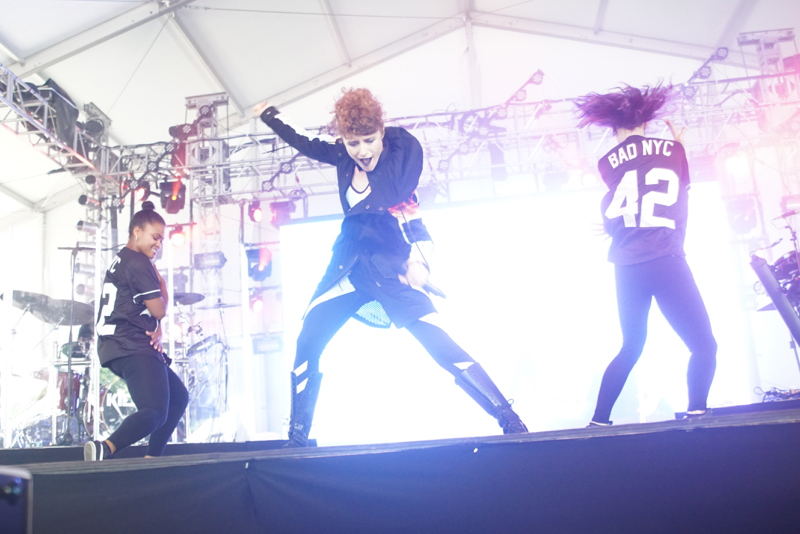 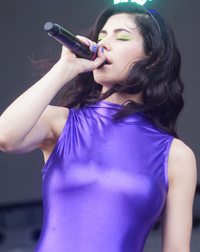 There were frontwomen a-plenty in the middle of Saturday at Governors Ball. Marina & The Diamonds took the main GovBallNYC Stage to a large crowd; a grand songstress, but also dance elements, she kind of mixed Friday’s Florence Welch and Charli XCX. While Kiesza packed the Gotham Tent for her electro-dance aerobics, indie ‘it girl’ Sharon Van Etten had a smoother, cooler sound than one might have expected from the alt-country artist, perhaps leaning that way in the outdoor festival setting, she gave nice music to relax to under the sun at the Big Apple Stage. 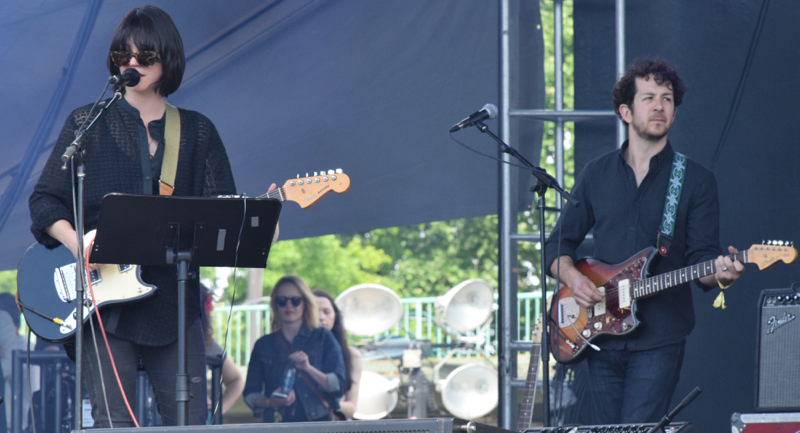 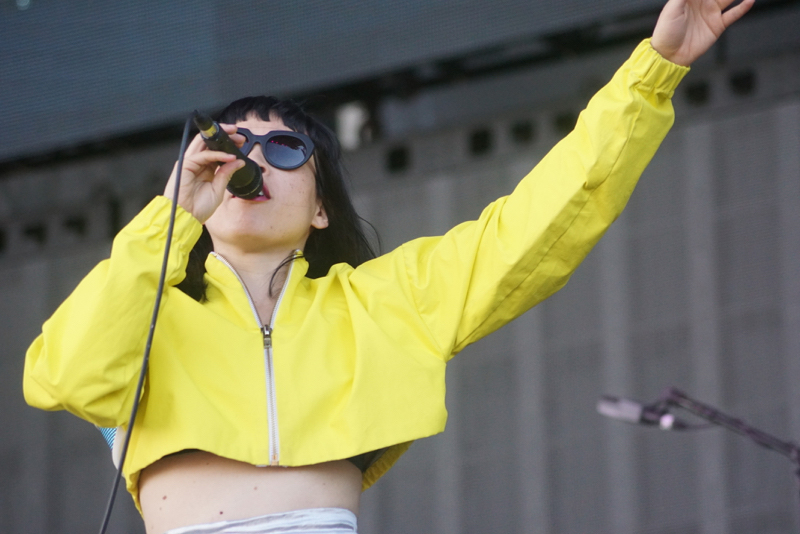 Oh, and back on the main GovBallNYC Stage, Sweden’s Little Dragon likewise adjusted for playing under the summer sun, their sounds less chilly, more dance-y, but what do you expect when you go from Gothenburg to summer in the Big Apple? Afterwards there was more indie-dance from closer to home in Future Islands in the Gotham Tent, with energetic frontman Samuel T. Herring doing his best to represent the dance energy of the XY chromosome. 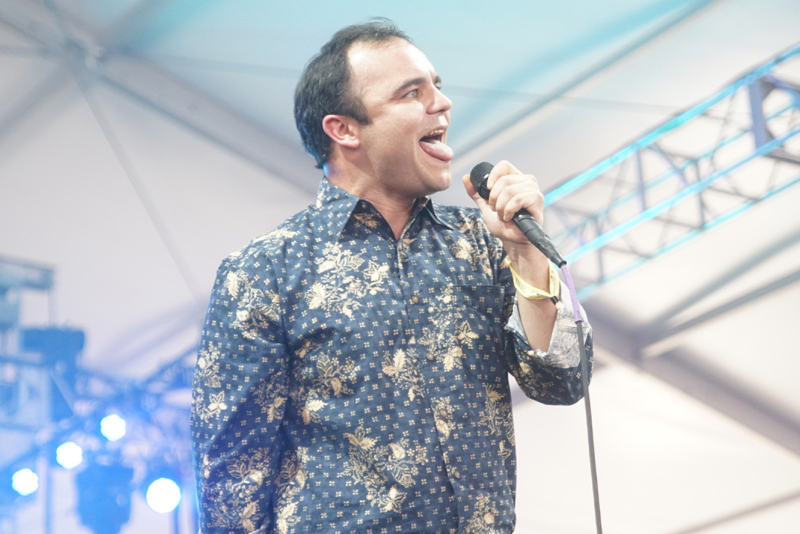 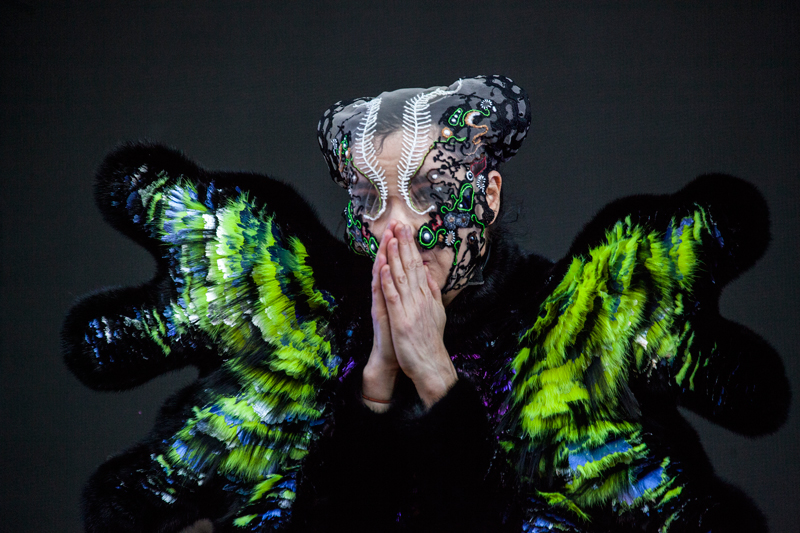 Yet the true leading lady of Saturday at Governors Ball was the one-and-only Björk. The most famous native of Iceland since Eric the Red, the experimental auteur seemed a bit of an odd fit for Governors Ball, but when has anything Björk not been odd? Clad in a facemask from James Merry and butterfly wing dress from Nikoline Liv Anderson, with an orchestra in all white on the GovBallNYC Stage, for anyone else that would have been huge, but for Björk it seemed a little relatively tame.

Note: Björk didn’t let any press photographers shoot her performance, even threatening to keep people from shooting in the crowd. These photos are from official photographer Santiago Felipe. 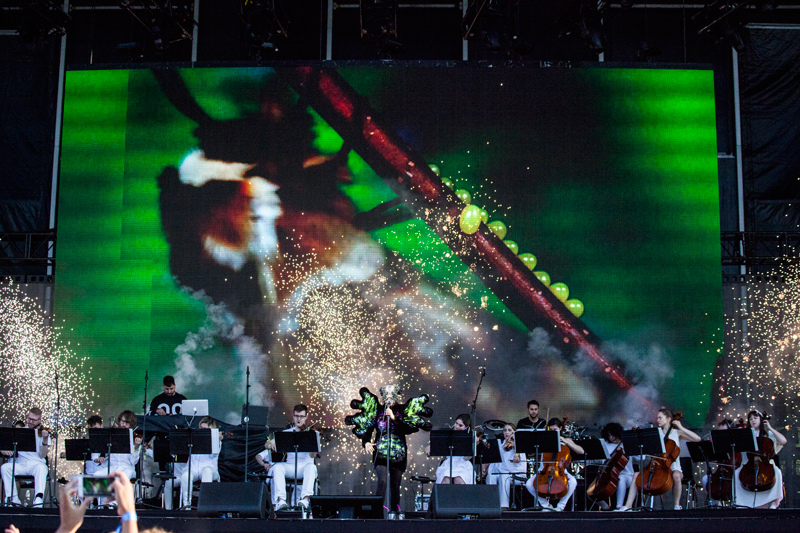 Competing with Björk on the Honda Stage was Conor Oberst, touring behind last year’s Upside Down Mountain (QRO review). However, it’s been five or ten years since he was an indie heartthrob, with girls mentioning how they “used to be into” Oberst – back when he was Bright Eyes and The O.C. was on television (QRO Music of The O.C.). 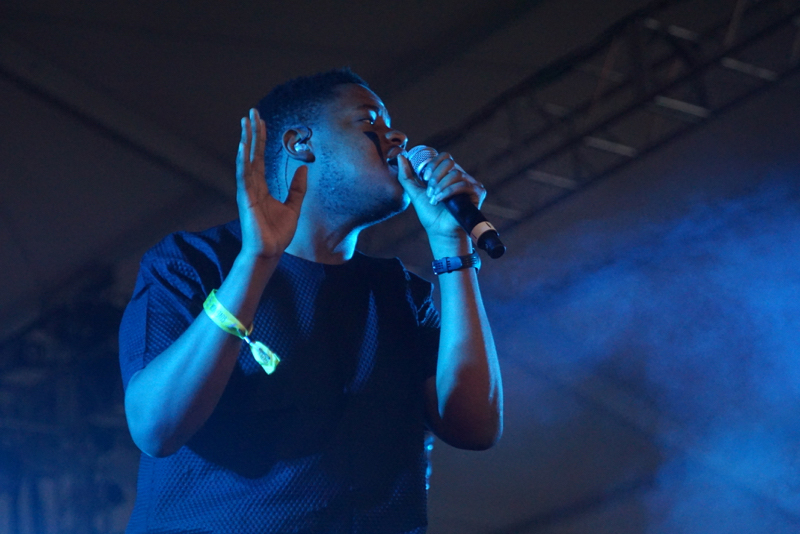 Flume and SBTRKT dueled electronica at 8:00 PM on the Big Apple Stage & Gotham Tent (respectively), before the biggest DJ of the festival at the GovBallNYC Stage, one of the biggest DJs in the world, deadmau5. Clad in his trademark neo-Mouseketeer headware, deadmau5 played from inside a light-up Thunderdome-like structure. There were moments where his music stopped, either teasing the crowd or having technical difficulties – it turned out to be the latter, a problem that also plagued fellow headliner (and reportedly a bit of a prickly pear) Ryan Adams at the Honda Stage.