Note: After the inaugural 2010 ‘Gone to Governors’ season, the series of concerts did not return in 2011.  There are still occasional concerts/festivals on Governors Island, there were not... 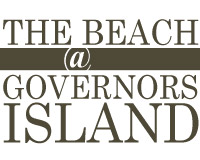 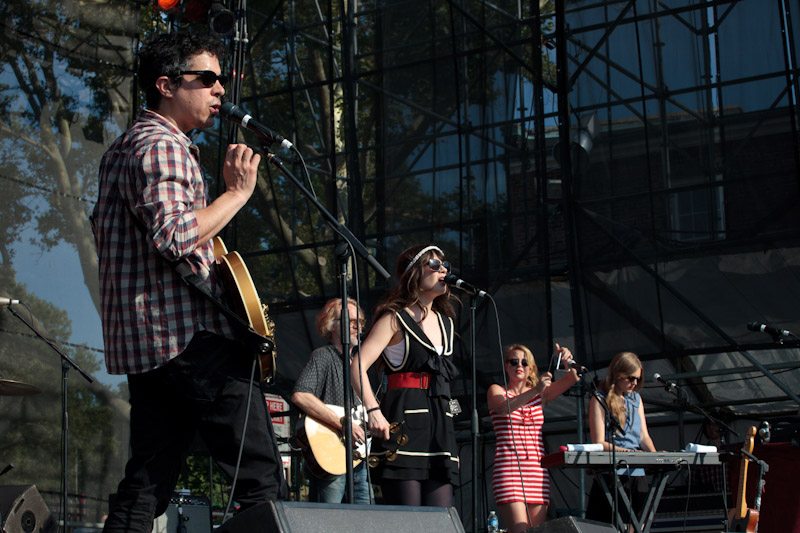 July 4th 2010 – Do NOT reproduce without Authorization

Note: After the inaugural 2010 ‘Gone to Governors’ season, the series of concerts did not return in 2011.  There are still occasional concerts/festivals on Governors Island, there were not at the space detailed below, as Governors Island underwent reconstruction.  However, in 2013 it the space opened once more for events.

Governors Island is located south of Manhattan and to the west of the Red Hook area of Brooklyn.  It is accessible via free public ferries, Friday through Sunday, 10:30 AM to 5:30 PM, from Battery Maritime Building at the southern tip of Manhattan (just past the Staten Island Ferry Building, near Battery Park and Castle Clinton), and Pier 6 in Brooklyn Bridge Park at the end of Atlantic Avenue (note: no Friday service from Brooklyn).  It is also accessible via five-dollar New York Water Taxi from Battery Maritime Building.  The island is divided between a national monument in the south, and a state park to the north.  Various development plans have been made since the Coast Guard shut their base there in 1996; in 2010 the city has taken over development of the island from the state

The Water Taxi and Ferry dock on the north side of the island, just a few minutes ride from Manhattan or Brooklyn.  From the pier, one takes a right along Carder Road and the water to the behind the stage, which abuts the water perpendicularly; one has to walk past it and the stage floor area along a raised portion, and enter from the rear of the stage floor area.  Bathrooms and a VIP area are located at the back of the stage floor area; past that, heading east/towards the stage, is first beverage stall to the left (including beer) and a covered area with tables and chairs to the right, then food stalls to the right (past the covered area), then a beer tent to the left (note: much shorter lines than at the earlier beverage tent – but there is a still-unspecified cut-off time for serving alcohol), then a VIP area to the left between the beer tent and the photo pit.  The actual ground alternates in make-up, between pavement & grass at the farthest back area, then sand (including picnic tables and a volleyball net), then pavement closest to the stage.  There are seemingly no set paths/aisles, creating a great deal of chaos when heading to/from the stage, including having to navigate people sitting, often on towels.  Like any outdoor venue its size, the sound can tend to get dissipated, but there’s a strong light show.  The stage floor area does have a great view of downtown Manhattan to the left.

The concerts at Governors Island are roughly divided between the free shows, nearly all on Saturday evenings, and the paid shows, Friday-Sunday (the days of the week the island is open to the public).  The large, outdoor capacity has allowed Governors to book close to New York’s major outdoor venues, Central Park SummerStage and Prospect Park Bandshell, and the Bowery Presents booking has meant that the acts are not high-brow and/or world like those two city-supported institutions, but more young and modern, akin to the new the year before Williamsburg Waterfront (which in 2010 began mixing ticketed events alongside free shows).  The main problem with Governors Island is getting there, and getting around: the island/venue reached capacity an hour before the first band for the first free show, and there can be serious waits for taxis or ferries to & from the island.  And moving around the stage floor area, say to go to/from near the stage to the bathrooms, can be haphazard and chaotic (especially when walking on sand).  There’s also an unfortunate lack of trashcans, especially closer to the stage.  But much of that all is still early kinks that will be worked out, and another large venue – especially one that has a series of free shows & ticketed – is always welcome during the summer in the Big Apple.

North side of Governors Island 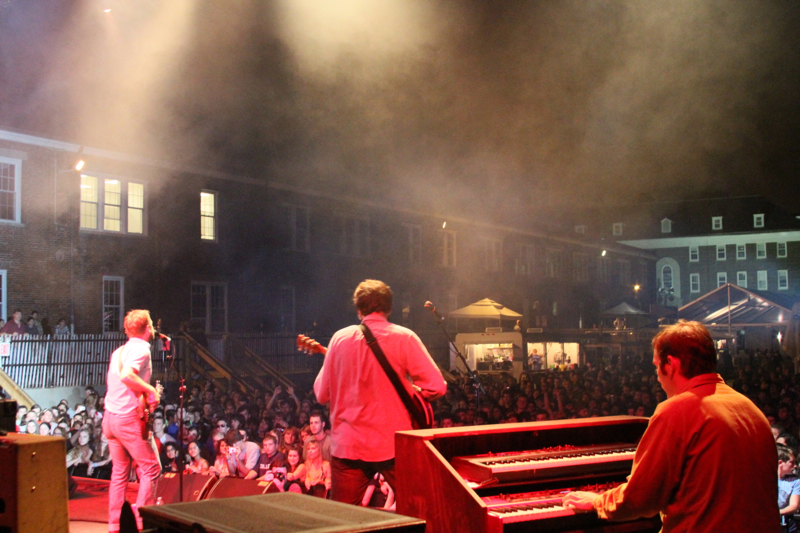