It was Bob Marley himself who said, “Make way for the positive day.”... 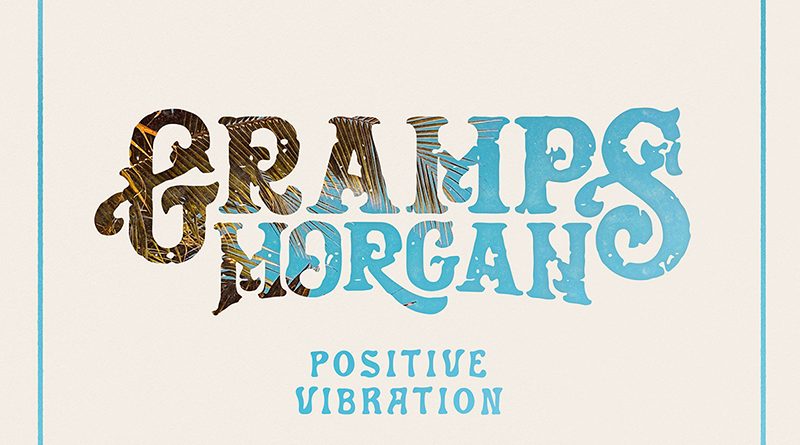 It was Bob Marley himself who said, “Make way for the positive day.” Easier said than done at the best of times. However: would it ever qualify as more difficult than being a world-renowned reggae artist living full-time in Nashville and utilizing one’s latest release to unify fractious humanity by providing an audio affidavit certifying that country themes and Rasta dreams, like all of humanity, are really just unrecognizable brothers? Ask Gramps Morgan, or pick up his third solo achievement, pertinently entitled Positive Vibration, where he has proven that bewhiskered conundrum in 15 whiskey-in-your-Margarita-flavored tracks.

Having been early conscripted alongside several of his siblings into his father’s Morgan Heritage reggae band, which still records and tours to great acclaim everywhere to this day, Gramps Morgan has been making Rasta music history of one kind or another ever since. Having enjoyed collaborations with a stable of panurgic artists to include Jewel, John Legend, Lenny Kravitz, India.Arie, and even Sting on his 44/876 team-up with Shaggy, Morgan has also accepted multiple Grammys on behalf of Morgan Heritage and founded his own record label called Dada Son Entertainment.

Though country music has always enjoyed great popularity within traditional Jamaican communities and comprised the centrepiece of Sunday dinners for Morgan’s own, his official move to Nashville in 2012 precipitated much of the intermutual attitude he hopes to celebrate via Positive Vibration. Produced by Scots-Canadian Johnny Reid, known to be a working class authenticity merchant in his own musical creations, Positive Vibration came out sounding like it knew that all the grandeur of the world is always to be found in its gravel.

Title track “Positive Vibration” actually vibrates. It sounds and feels like Jamaican sunshine sat upon the humming dash of the first old clunker you ever drove to the beach, uncomplicatedly living up to its most self-reflective lyric, “a tried and trusted Rasta formulation.” The coast-mad fun and fulgor continue in “If You’re Looking For Me” and “Runaway Bay”, two of the most classic Island songs to emerge since Zac Brown went to refill his pineapple. By the time you get to Track 13, the tune literally named “Islander” and the one that pecks both “Kokomo” and “Red Red Wine” on the cheek, the stereo kisses that have been smilingly blown to the beauty of the Jimmy Buffett life are far too many to enumerate.

However, it would be shamefully reductive to refer to Positive Vibration only as the lushest sand vacation and rum relaxation music since “Good Vibrations” (although it is). The real endowment of this record is that there surely cannot be another album on Earth where you will find pedal steel mixed with steel drum, dobro over top of Hawaiian-style ukulele, and all of it nestled next to vocal appearances by characters like Shaggy in “Float Ya Boat” or Lybran (The Rum Boss) in the mirthfully named “Rumnesia” (don’t act like you have never been there).

Throughout Positive Vibration, Gramps Morgan indicates the ease with which he can transit from fancy-free, socially observational songs like “Water In My Whiskey” and “Money” right into the longing-inflected “Paradise” with India.Arie or the plumbago lei that is “My Love”, a slow-macerated spoken word confessional that morphs into an unadorned praise hymn to a lover. He navigates coherently and harmoniously from a classic love song such as “A Woman Like You” to the outright, brilliant hilarity of “The Peacock”, an ode to a beach-boogying bird with lyrics like “Him grew up in a nest, down there by the sea / Him learned to shake a feather underneath a mango tree.”

Gramps Morgan also fluently carries on the family tradition on this third offering with “Secret To Life” featuring both his son Jemere Morgan as well as his esteemed father, Denroy. The three of them creating the kind of shared vocal harmonies that can only be obtained where there is shared blood is utterly fulfilling and not to be missed.

Since the heart-wrenching loss of Toots Hibbert last year, one of reggae’s last original kings, the fields where one could hope to freely run through real Rasta rhythms have shrunk irrevocably. In response to that lack and all the many others we have collectively endured over the past eighteen months, Gramps Morgan has given us a redemptive record of twenty-four carat reggae that sounds as if it were written and recorded by Sebastian from The Little Mermaid – all sensible, protective joy, absolutely no ill intentions or “keep out” signs.

Grievously, we live in a time where anything without irony is frequently dismissed and often viciously mocked, self-regard and cynicism having long ago established themselves as the strongest currency of post-internet pop culture. Anything wholly pure and genuinely sincere is too quickly questioned these days and ultimately disregarded for not taking on the general sarcastic fool’s gold passing for wit on Twitter every day. If you are someone who believes in that way of living, this album will make you fume, for it is fully outside even the worst troll’s critical range. If you are looking for the most faithfully pleasant and frolicsome album of the summer, you have found it. If you’re looking for me, I’ll be chilling here with Gramps Morgan indefinitely, a happy rumnesiac inside this uplifting positive vibration.