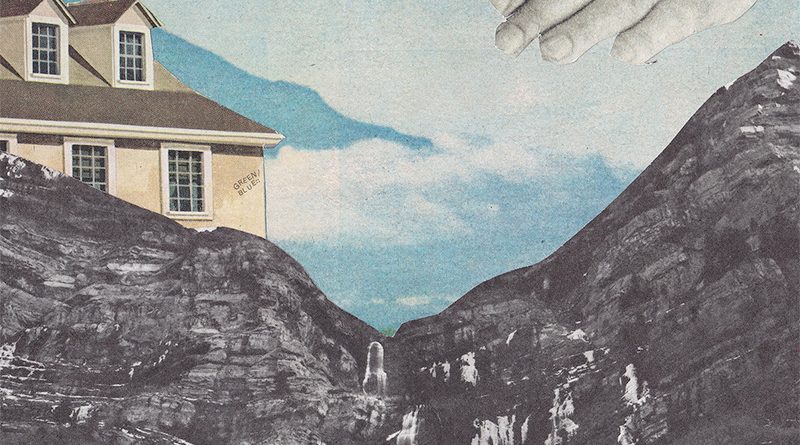 Minneapolis’ Green/Blue has been called a “supergroup” of sorts (hat tip, Andrea Swensson, music journo and host of The Current). The four-piece is composed of regulars from the Twin Cities music scene, having performed under various monikers and in various ensembles for over two decades. Blind Shake, Birthday Suits, the Soviettes, Awesome Snakes. Most recently elements of these previous incarnations have come together as Green/Blue to produce the full-length album Offering, available via Hozac Records.

“Supergroup!” Though the musicians themselves might hem and haw at such a preening descriptor, it remains a helpful guide to understanding their sound. A “supergroup” is a group of accomplished musicians with an established sonic resumé who join forces, usually with a more or less established vision of how they want the jigsaw puzzle of their assorted skills to piece together. Sure, experimentation and uncertainty are always part of the creative process, but they probably have more than a few ideas in mind of what they want to sound like.

The ten tracks on Offering speak to Green/Blue’s self-possessed musical approach. The songwriting is taut, trim punk and post-punk rockery with a minimum of fuss. Angular hooks, jangly guitar, propulsive percussion keeps the action moving at a fast clip, no song being over three minutes. Along the way the attentive listener can track a litany of musical referents.

The title track “Offering” borrows some of the explosive, atonal licks of Daydream Nation-era Sonic Youth (or even earlier, some of the more “straightforward” punk ditties from Confusion Is Sex) and might remind you of the noisy chugging riffs of early The Hecks. “Disregard” packs a pleasant swagger reminiscent of the Pixies, paired with some weird MGMT-inflected vox. Fans of Heavy Times will dig “Same Waste of Time” and “Too Much,” catchy post punk jams that barrel along from start to finish. Farther afield the quasi-surf guitar of “You Are We Are” recalls early Beach Fossils, or whomever the Beach Fossils were trying to sound like.

Not all the references land. Once you hear the deep similarity between the main riff of “Bad Looks” and the main riff of “What I Like About You” by the Romantics, it can’t be unheard. That’s not to take anything away from either band, but “What I Like About You” has been featured in too many beer commercials to enjoy it like it was 1980. But maybe you won’t hear the similarity. Krist Novoselic once recounted that he thought the “Smells Like Teen Spirit” riff a little ridiculous in its formative stages because of a purported similarity to a riff in “Louie, Louie” by The Kingsmen. Can you hear that?

Whatever references the listener detects need not mean much to the creative process of Green/Blue. Decades of rock n roll bubble, bubble, toil, and trouble in the subterranean wells of music inspiration work their own magic in the songwriting process and produce something individual and remarkable and worth your tender affection. It makes perfect sense that a band that knows what it wants to sound like ended up releasing an album on Hozac Records – a label that knows what it wants to sound like. Offering stands as a beautiful contribution to a certain ethos of music making in which new bands form and reform like waves lapping onto the sandy shore before shrinking backwards into the infinite reserve of a bottomless ocean. Enjoy the moment while it lasts.